Legend has it that the thorny thistle once saved Scotland from a marauding Norse army, a feat that earned this tenacious plant its status as a Scottish national symbol. But these days it’s staging an invasion of its own, causing people all over the British Isles, and elsewhere, to declare war on this invasive weed.

More’s the pity in my opinion, because I rather like the prickly beauty of thistles. Luckily there are some garden-friendly varieties, that with proper care, won’t run amok. Here are five of our favorites:

Above: Photographer Francisco Gonzalez captured this quintessential image of Scotland: Scottish thistle in the Highlands. But throughout the world, invasive Scots or cotton thistles and their cousins threaten native species. Prairies and grasslands in America and Canada are being overrun, and in Australia the problem was so bad that Parliament imposed heavy penalties on those who did not control thistles on their land. 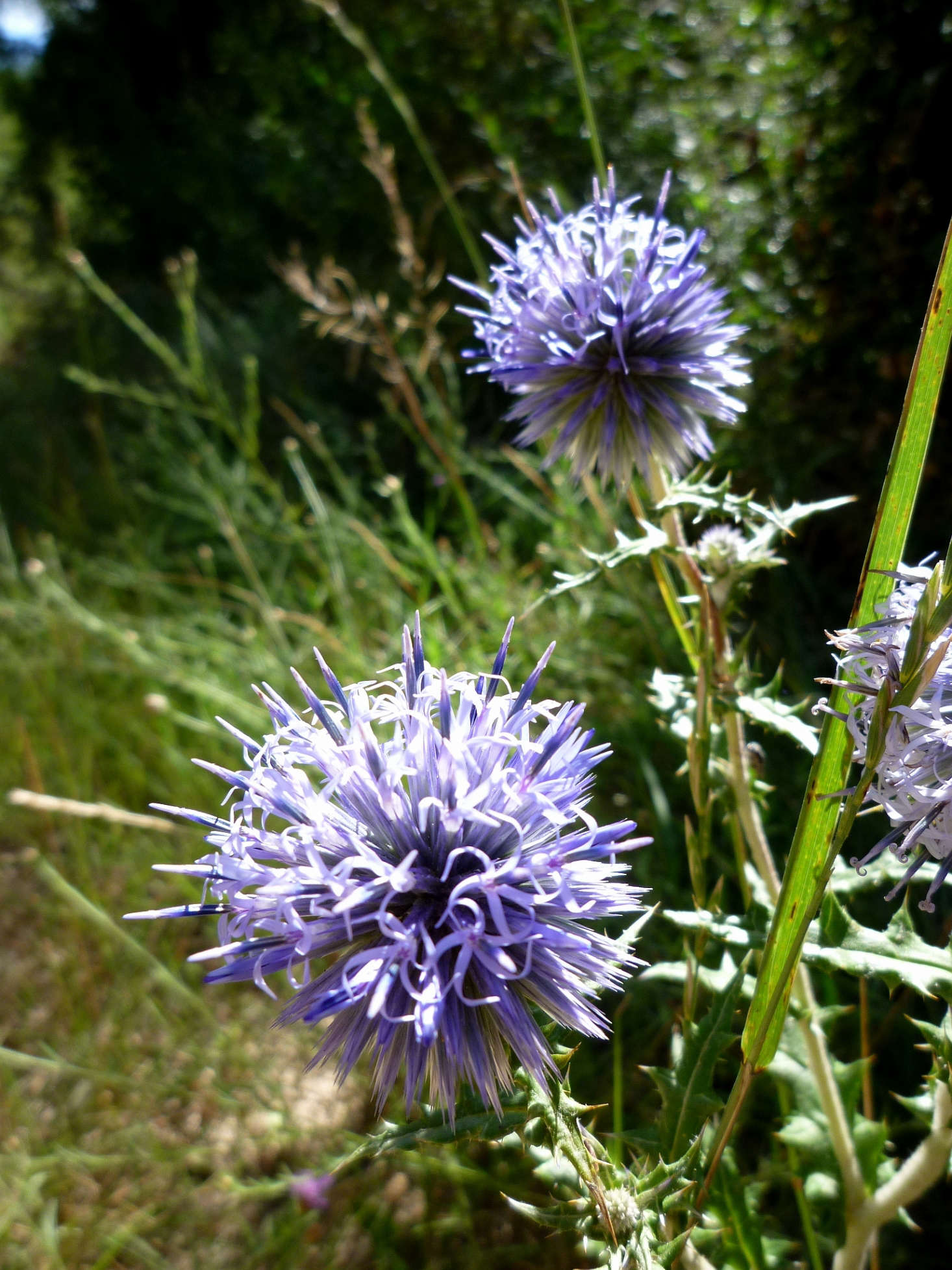 The gentler cousin to the Scottish thistle, non-invasive globe thistles (Echinops ritro) are ideal for the garden. With deep blue or violet orbs perched on silvery stems that are from 2 to 4 feet tall, globe thistles provide a striking architectural and textural element to the garden. Drought resistant, these hardy perennials are also easy to care for. Bees, butterflies, and lady bugs love them too. Hardy in growing zones 3-9. Globe thistles are readily available at most garden nurseries. A 5-Inch Pot Of Blue Glow Globe Thistle is $8.99 at High Country Gardens. 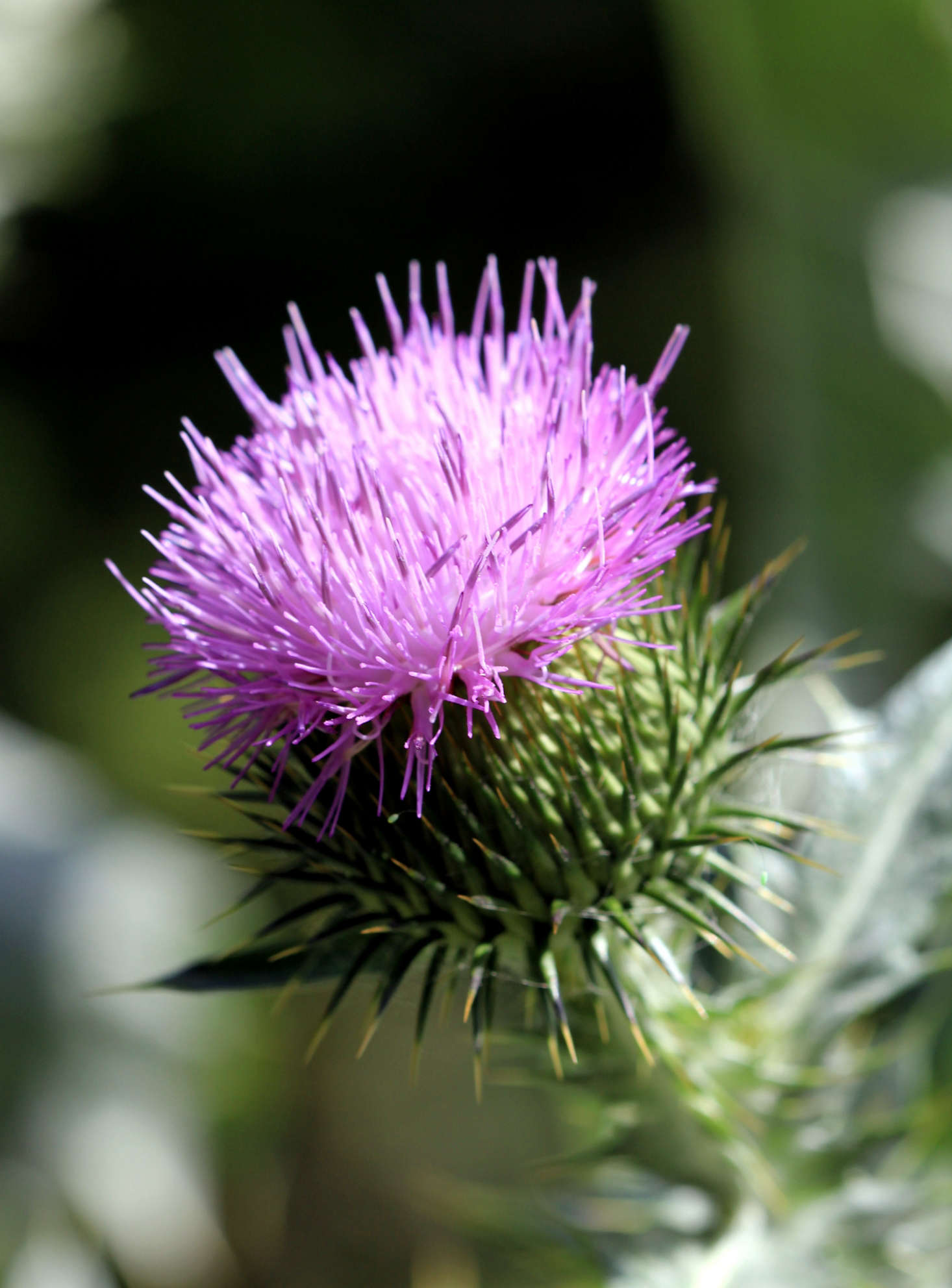 Above: A giant cotton thistle in Prague. Photograph by Karelj via Wikimedia.

Giant cotton thistle (Onopordum acanthium) was prized during the Middle Ages for its herbal properties, and by the poor who used its fluffy “down” to stuff mattresses. At from 10 to 15 feet high with a 5-foot spread, this dramatic biennial is not for small gardens. It benefits from staking and from stony soil (which provides better support for its roots). But note: Giant cotton thistle is invasive. To prevent the seeds from scattering to the wind, it is important to cut the heads off after flowering. You can also see that, with all those spikes, it should only be handled by gloved hands. 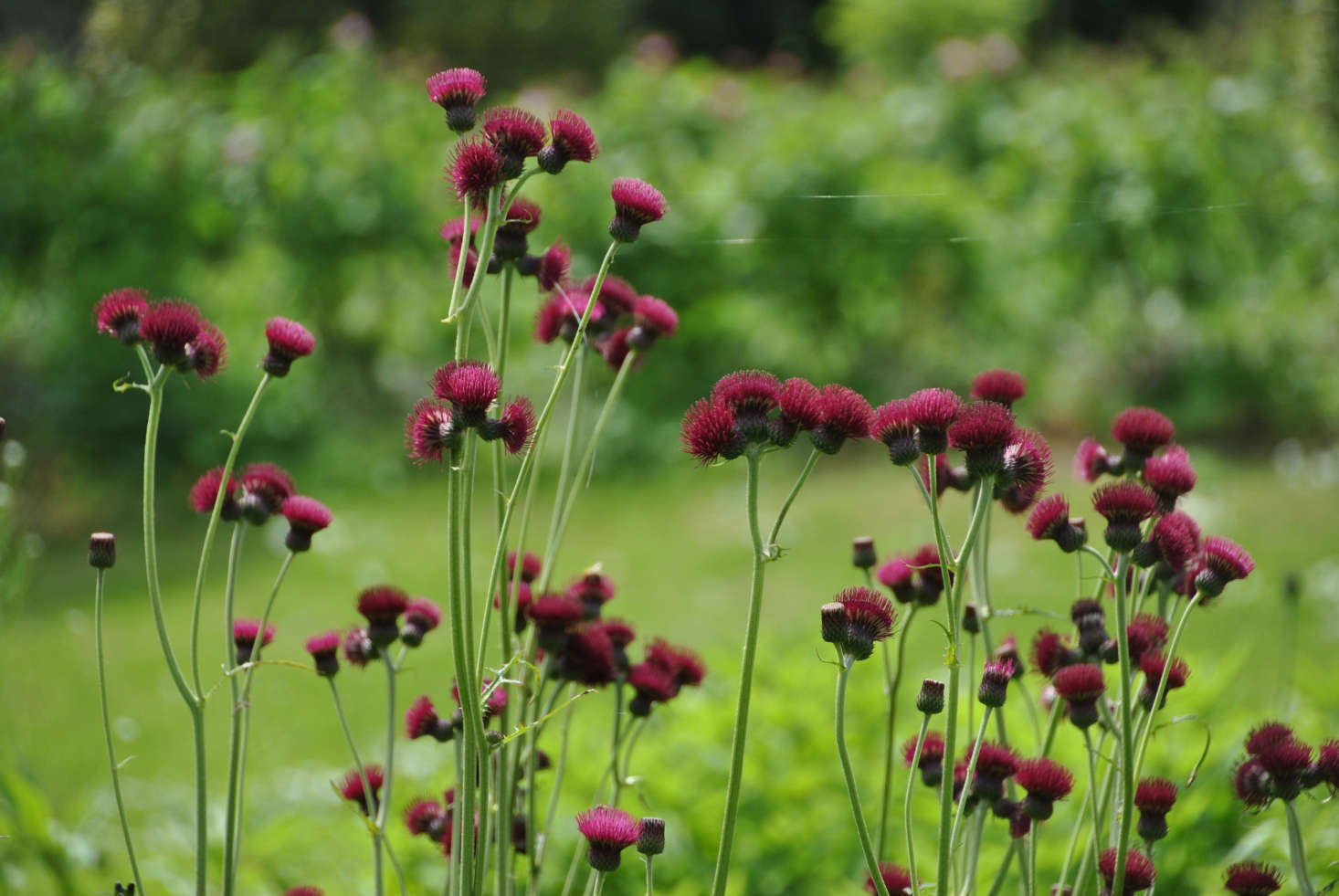 Magenta heads atop long, leafless, and spike-less stems make ornamental plume thistle (Cirsium rivulare ‘Atropurpureum’) an excellent garden choice. Rivulare literally means “growing by a stream,” and this perennial prefers moist, yet well-drained ground; fertile, slightly acidic soil, and full sun. Cut back after early summer flowers to promote another flowering, and then to the ground after the last bloom in the fall. Though popular in Europe, this Cirsium is pretty rare stateside, so you’ll get points for originality with this one. A 1-Gallon Pot Of Cirsium Rivulare ‘Atropurpureum’ is available at Far Reaches Farm seasonally for $16. 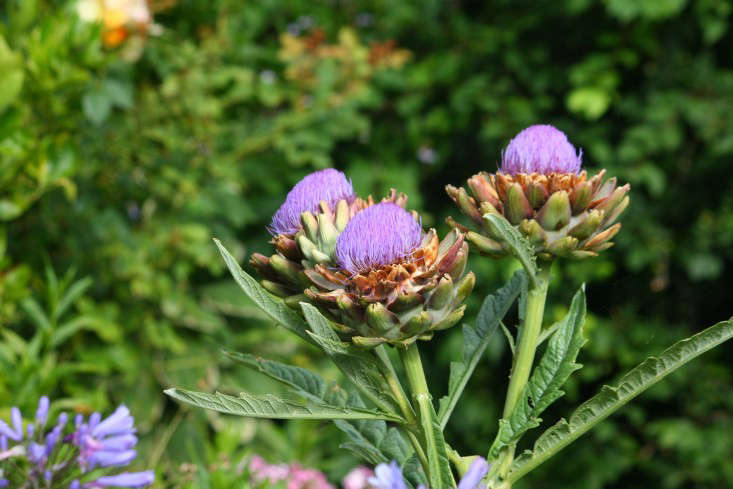 Above: A globe artichoke in flower in South Africa. Photograph by Marie Viljoen. For more, see My Mother’s Garden in Constantia.

Last year, Michelle discovered that artichokes are members of the thistle family, Asteroideae, as well. (See A Thistle That Won’t Misbehave.) Though its wild counterpart artichoke thistle is invasive, stately globe artichokes (Cynara cardunculus) and their cardoon cousins make a dramatic statement in the garden, and, of course, can be eaten as well. (With cardoons, you eat the stem, which is said to taste like a celery artichoke medley.) Artichokes and cardoons prefer lots of sun and rich, well-drained soil. To build up a plant’s strength, during the first year cut off the heads as soon as they appear. Replace the entire crop every four years. For more information, refer to this extremely thorough article from The Daily Mail. 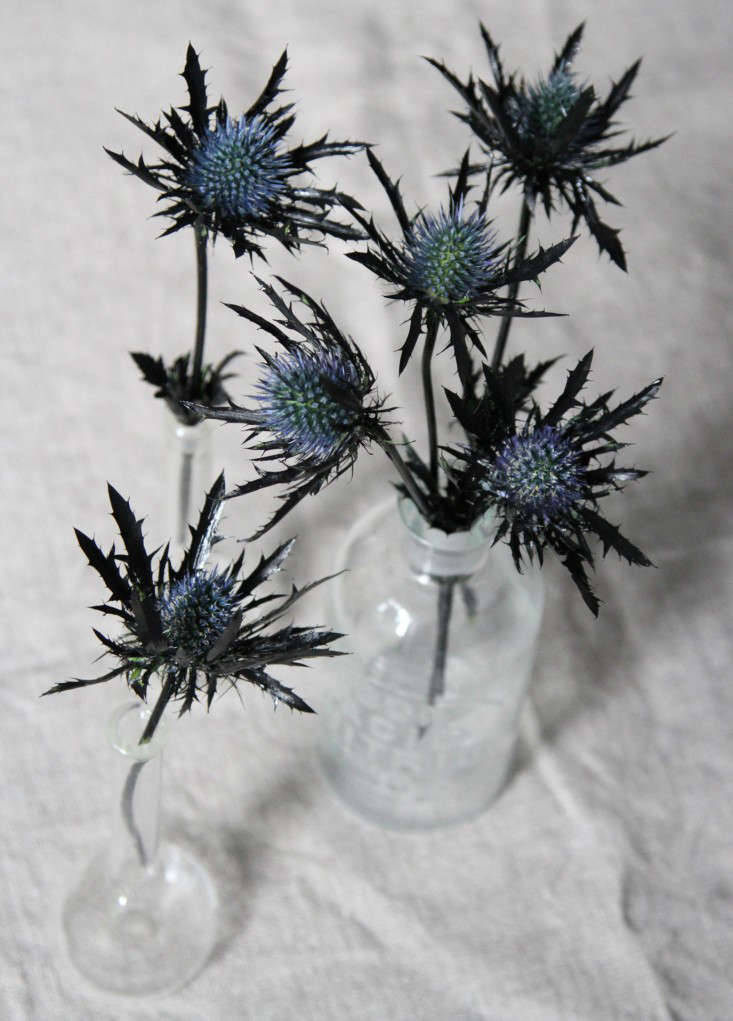 Not really a thistle at all (actually a distance relative of the carrot family), sea holly (Eryngium), is often considered a worthy stand-in for thistles. I love it for my seaside garden, where it endures not only drought and poor soil, but also salty air. About the only care it requires is deadheading to encourage additional blooms.

N.B. Thistles and sea holly also dry well for use in winter arrangements and crafts. One of my favorites is Erin’s Black Thistle Bouquet.

Finally, get more ideas on how to successfully plant, grow, and care for thistle with our Thistle: A Field Guide.

The Language of Flowers Workshop with Ginny Branch and Ashley Bailey