When Miranda Kendall inherited an imposing Edwardian house in the Suffolk countryside from a great-uncle, she and her husband, serial entrepreneur William Kendall, decided that the three-acre gardens should echo the green ethos of their adjoining 400-acre organic farm.

That they found the perfect collaborator in gardener Brian Skilton, who arrived eight years ago, is clear as soon as you encounter this naturalistic haven they call By the Crossways. Everything is geared around welcoming wildlife; there are no pesticides, no bonfires or anything else that could damage the environment. Instead cuttings are composted, dead trees and fallen branches are left in situ, and natural habitats are created in every nook and cranny. Here picturesque “re-wilded” spaces are given just as much prominence as more manicured borders.

Photography by Kevin Foord for Gardenista. 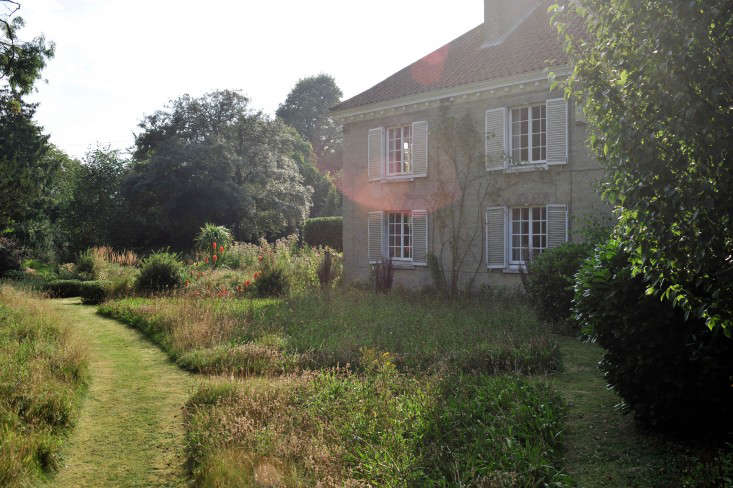 Above: When Brian arrived the gardens were a tangled, overgrown jungle and it took a year of cutting back to get to the bones of the plot. New planting has been designed to look good year-round with spring bulbs flourishing in woody areas, wild flowers in summer, deep herbaceous borders, and swaths of grasses to light up the garden through early autumn. 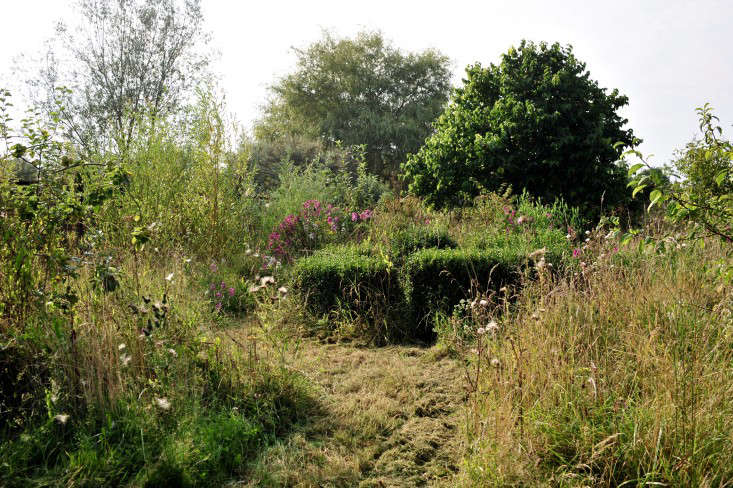 Above: On part of the old vegetable and fruit garden are reminders of the original Edwardian structure, with a box parterre and parts of old raised beds still visible. In summer wildflowers and perennial sweet peas are left to grow freely among the many young fruit trees planted in this space, making it a mecca for hummingbird hawk moths. 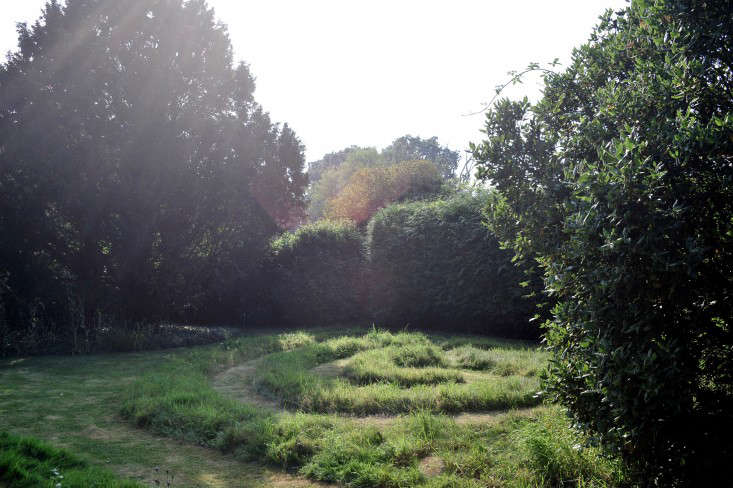 Above: The borders to the back of the house are as formal as you will find here, says Brian. The lawns are always mowed leaving areas of wildlife-friendly longer grass—in random patterns that are constantly changing. The borders are packed with trees and shrubs chosen for their rich foliage such as the chocolate leaves of an albizia tree, Acer ‘Crimson King’ and Physocarpus opulifolius ‘Diabolo’ that are contrasted with airy grasses such as variegated and dwarf miscanthus. Dead trees, including an enormous beech, are left in situ to provide structure as well as a habitat for visiting woodpeckers. 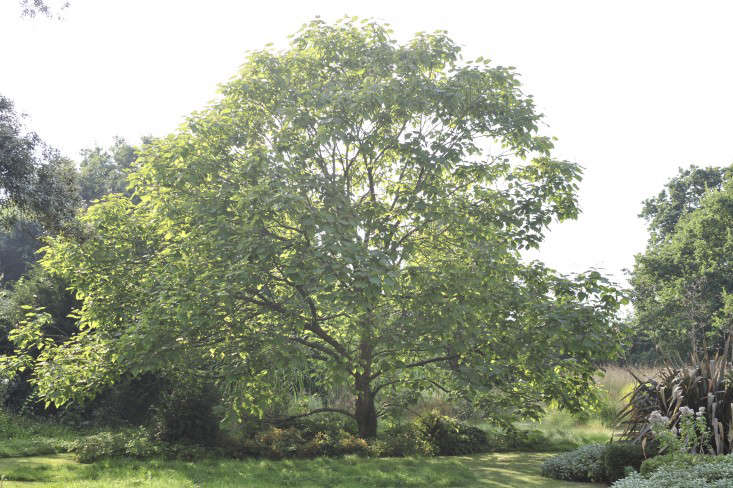 Above: The original landscape architect had decided that many of the old trees including Scots pines, an Indian bean tree, and oak trees should be removed. Thankfully the owners felt differently and today these towering trees are a stately contrast to modern plantings of perennials and grasses. And the Indian bean tree, pictured, provides a cooling canopy for numerous spring flowers. 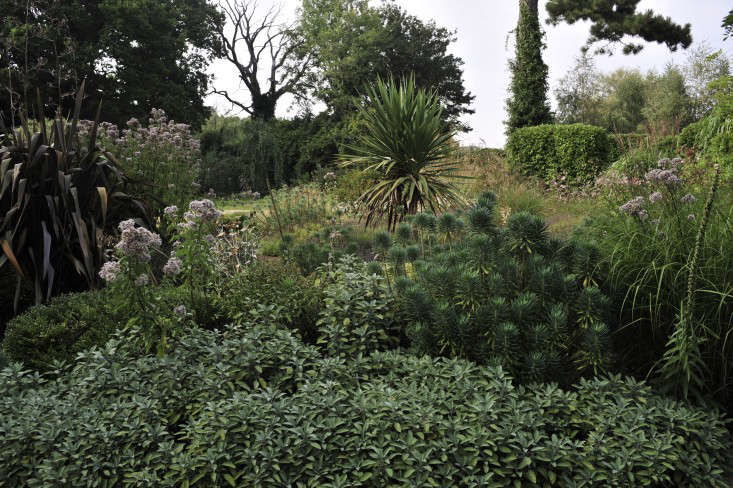 Above: Dry and sunny zones have a distinctly Mediterranean feel with euphorbias, eryngiums, yucca, and chocolate phormium contrasting with giant bay cubes. 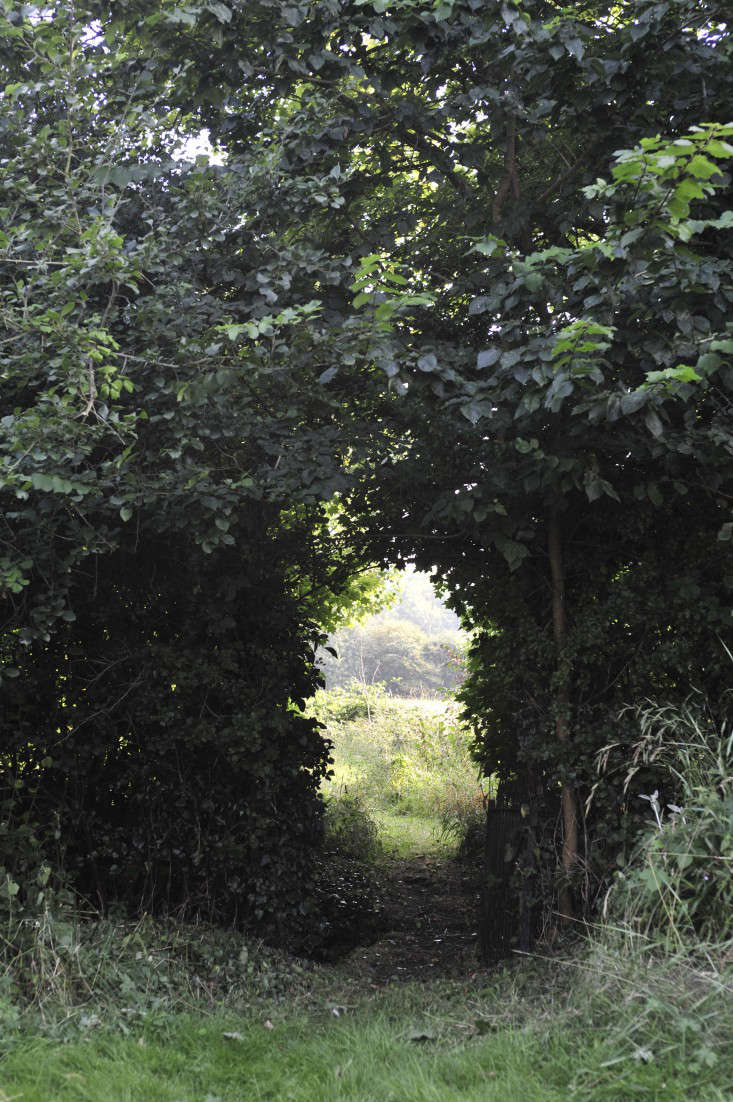 There are no fences or barriers here other than old hedgerows – the garden morphs into woods and farm land beyond, so that all nature is welcome including rabbits, many types of deer and a wildly varied insect and birdlife, including nightingales and the very occasional kingfisher. 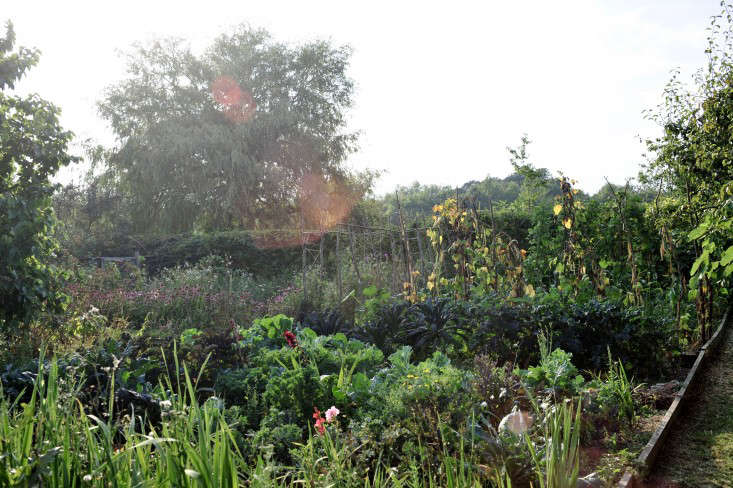 Above: The main growing patch of the vegetable garden, which contains 29 small beds, operates on a no-dig policy, with lots of garden compost and a little organic fertilizer to improve the soil. There are Patty Pan courgettes, six varieties of squash, ornamental corn, cavalo nero, rainbow and curly kale, and ‘La Bonnotte’ potatoes, which have been a big hit this summer. Brian also grows hostas, day lilies, and sea kale to eat. Surplus flowers go to the farm shop to be sold while most produce goes to the house. 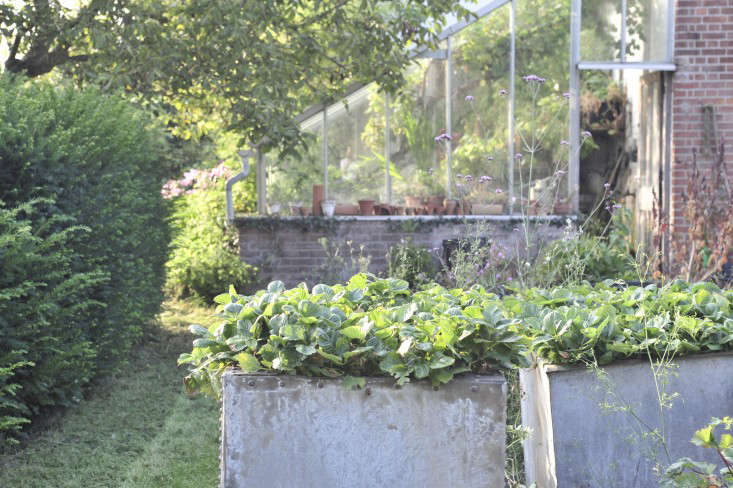 Above: The totally organic approach makes dealing with invasive and persistent perennial weeds tricky—in a bit to stop the march of bindweed, the strawberry patch has been covered with weed-suppressing fabric for two years with all plants moved into galvanized troughs.The old greenhouse is home to a very old and productive grapevine and heritage tomatoes. 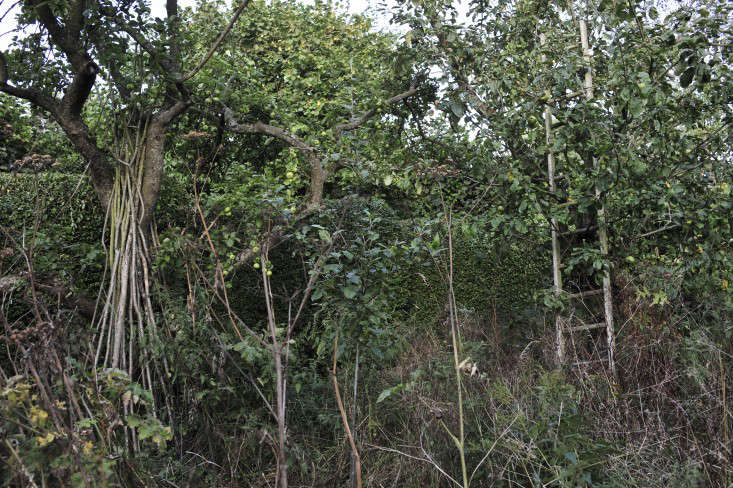 Above: An original privet hedge around the orchard is trimmed in neat “steps” to contrast with the tangled wilderness within where very old apple trees tower over box balls and a succession of spring and summer flowers—spring bulbs, bluebells, campion, and ragged robin are followed by cow parsley, roses, lupins, and iris in early summer. The edge of this area has been lined with copper beech sentinels, which Brian will loosely tie in to create an informal espalier. 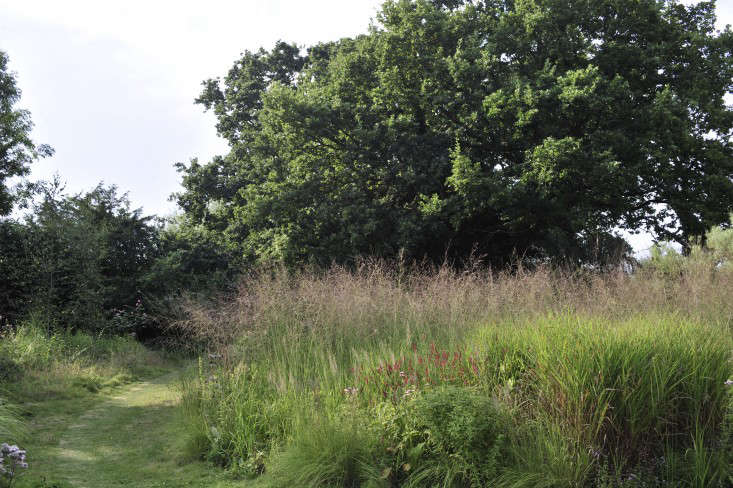 Above: Grasses play a big part in the naturalistic mood of the garden and especially around the pond where towering miscanthus, calamagrostis, and deschampsia create a rich tapestry in late summer and autumn. 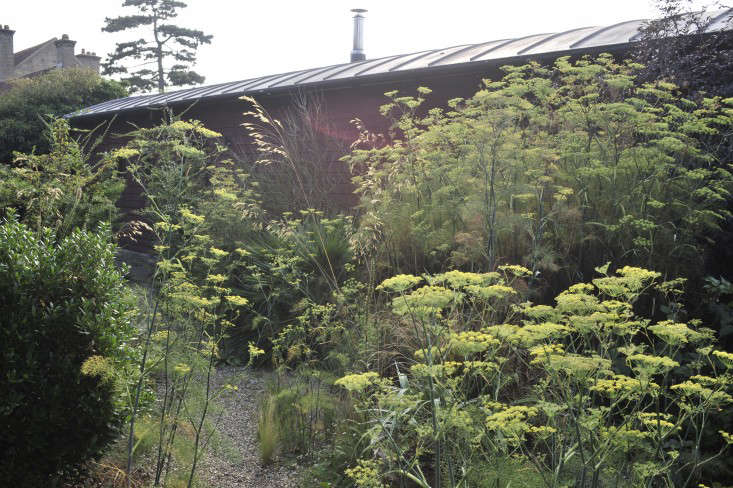 Above: A gravel walk behind the pool house is an airy, aromatic zone in late summer with towering fennel, grasses, and shrubs including Sambuccus nigra.

N.B.: By the Crossways will be open for charity from 11 am to 4 pm on September 11. For more information, see the National Gardens Scheme.

Outdoor Furniture: The Return of the Beanbag Chair