The picnic is ready. Dietary requirements have been noted and the weather has been kind. Drinks are being poured. And then? A wasp looms into view, followed by another. “They’re worse than ever this year,” someone says, as a wasp (or yellow jacket) hovers between your drink and your mouth. Most of us at some point have asked: “What are wasps for?”

If Kate Bradbury, editor of Wild London was in your picnic party she might say: “If you can’t love them, do try to tolerate them.” Her book, The Wildlife Gardener, even has a section on “How to attract wasps.” We pose some reasonable questions: 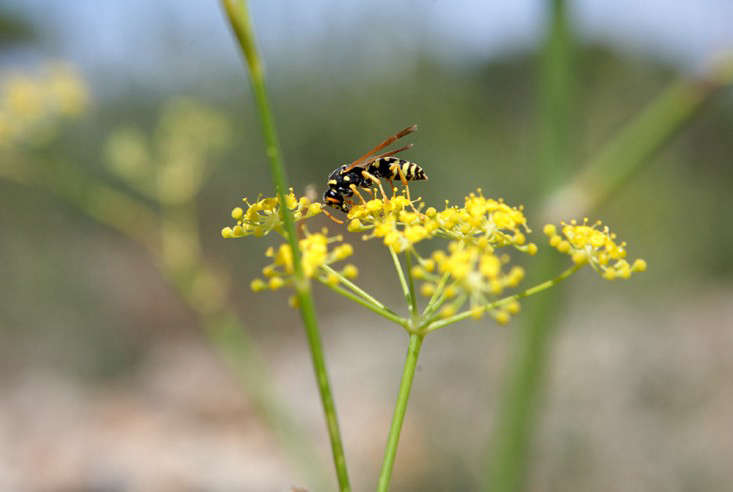 Do wasps have a point besides being a complete nuisance? “Wasps evolved alongside the other creatures in our gardens and they belong there,” says Kate, a wasp apologist. “They prey on caterpillars, grubs and other insects, and so help to keep pest populations down.” 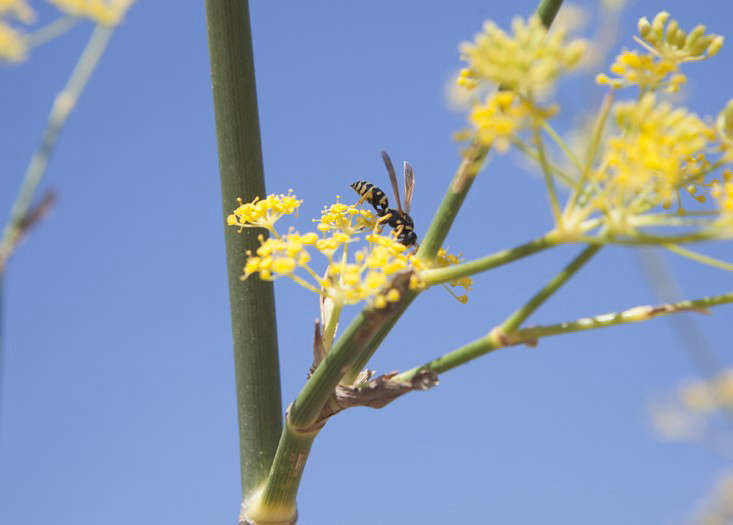 How do they find time to bother us as well? “We barely notice wasps in spring and early summer because they are so busy vacuuming up all our pests,” explains Kate. They also feed from the flowers of fennel (Above) and angelica. “It’s only in summer when they begin to irritate us.” 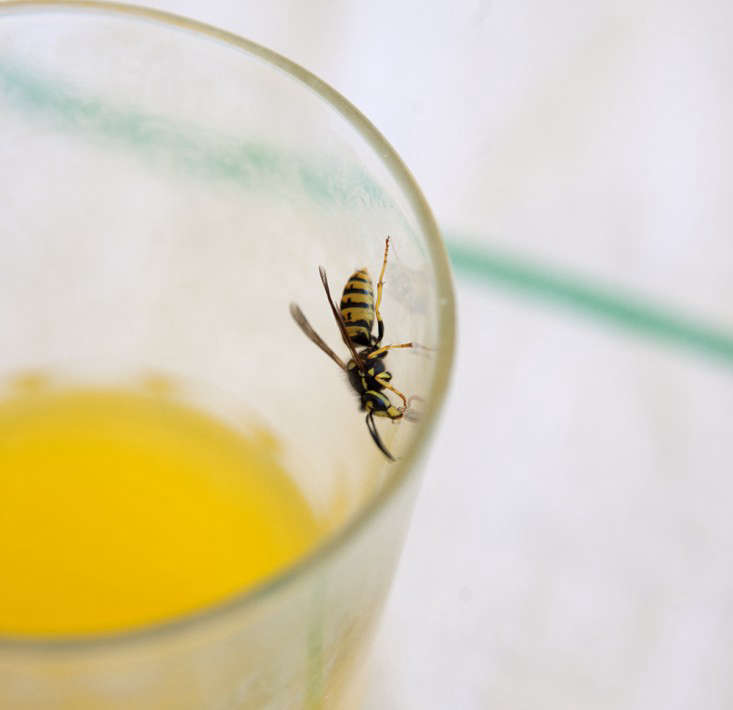 Why do they have to do that? Because their nest is breaking down, says Kate. When the workers are feeding the young early in the season, the grubs secrete a sugary solution as a reward for the adults who feed them. After the queen stops laying eggs in late summer, there are fewer hungry grubs and less sugar for the workers. “This forces them to look for their sugary treat elsewhere, which is when they fixate on our fizzy drinks, fruit, and jam sandwiches,” Kate explains. 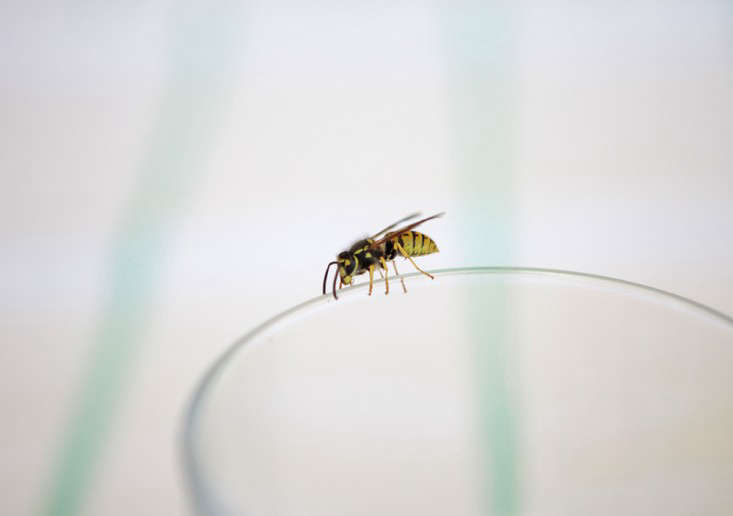 I prefer wasps to go about their business unnoticed. How can I get them to leave me alone? “If you eat outside in summer,” says Kate, “why not leave a blob of jam on a plate nearby? They are far less likely to bother you if they have an easier food source nearby.” 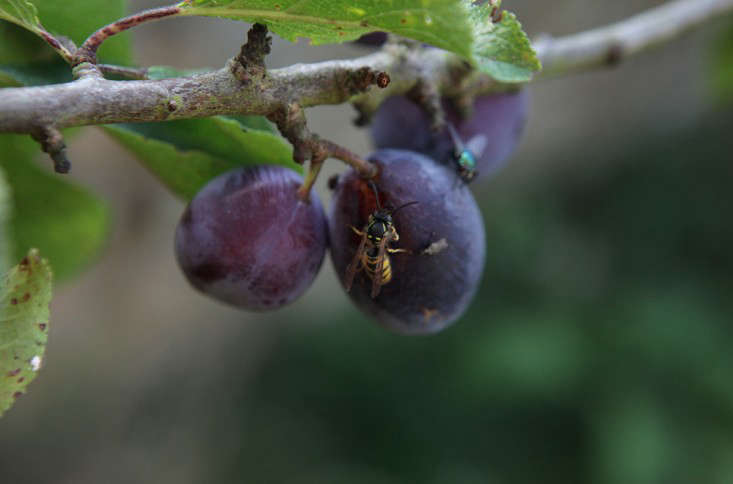 I have discovered a large wasp nest under the eaves. How can I move it? “Moving a wasp nest would be very dangerous!” says Kate. The papery nest will contain about 10,000 wasps. “If you stay out of the flight path of a wasp nest, then you should be able to live with it in summer,” says Kate. “Social wasps are annual so they won’t return next year.” 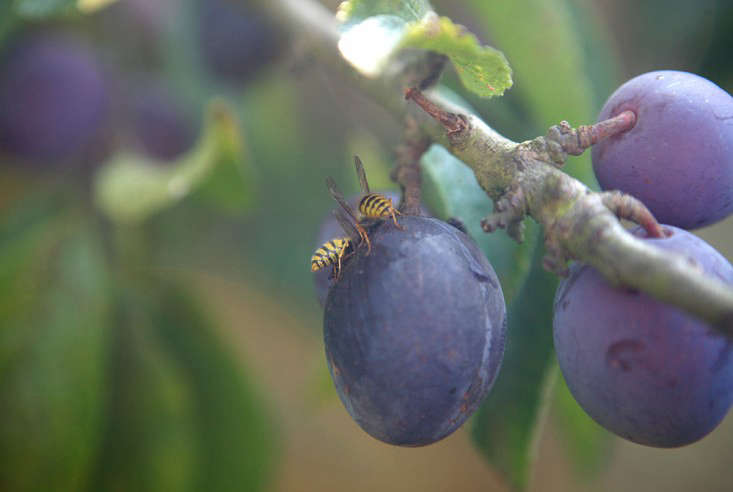 Any other tips? Fermenting fruit is attractive to wasps but it can also make them drunk, so they are more clumsy and more aggressive. Hook your hammock elsewhere in late summer.

Do you find it easier to love pollinators? See The Bees of Buckingham Palace.