Their little farm was a “diamond in the rough” when blogger April of Wahsega Valley Farm and her husband, Mike, moved to a cabin in the Georgia countryside in 2006. Not for long, though.

In the vegetable garden, the couple built a beautiful DIY bean trellis–a bean tunnel, actually–using metal mesh and poles, available at most hardware stores. Here’s how they did it: 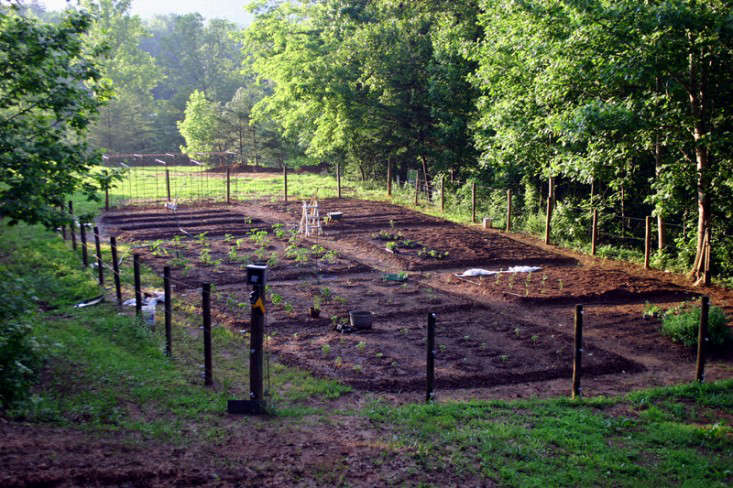 Above: A neat rectangular kitchen garden, divided into a checkerboard of planting beds sits against a rolling green backdrop. 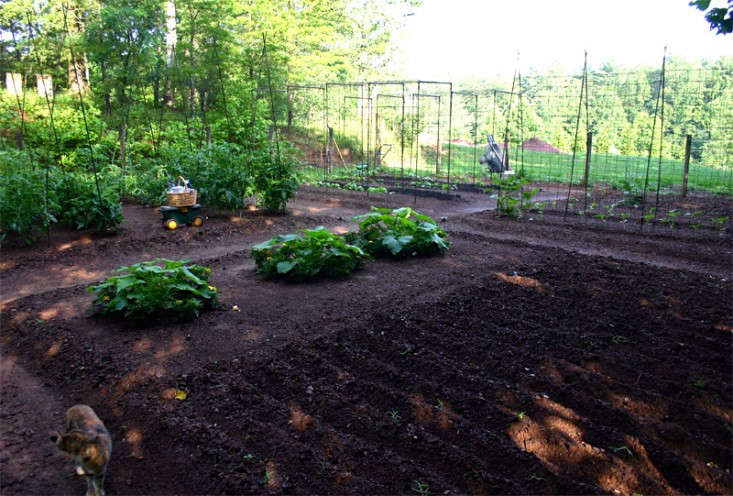 Above: In the spring of 2012, Mike built two bean tunnels to replace the previous year’s smaller trellises, which had proved “not easy to get underneath to gather beans growing on the inside.” 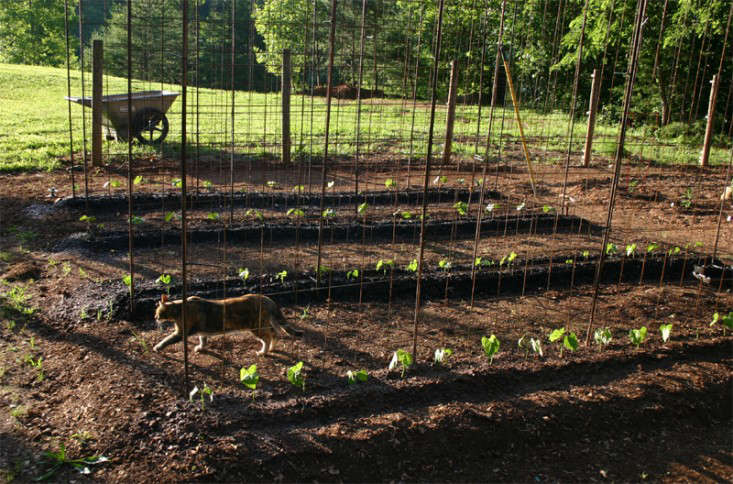 Above: A few days after planting, “a few of the beans have grabbed onto the bean arbor,” April says. 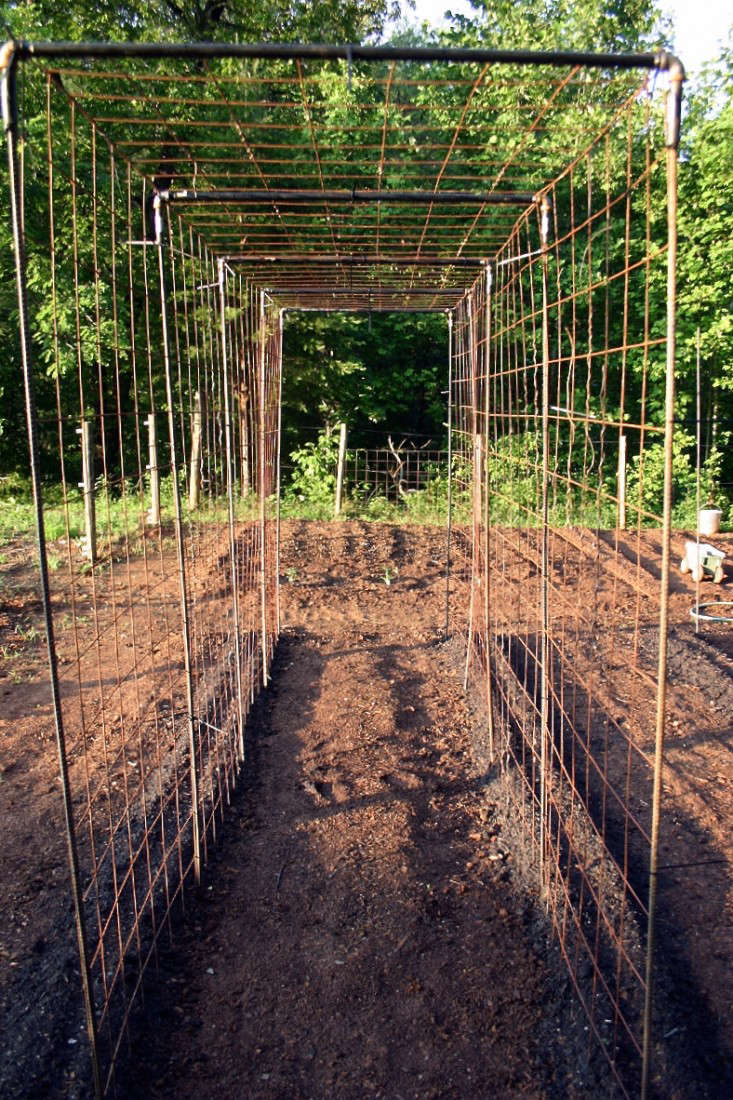 Above: Metal elbow fittings connect poles to create a canopy. For similar hardware, 3/4-inch Copper 90-Degree Elbows are $1.38 each from Home Depot. A skin of wire mesh covers the skeleton. A roll of 14-gauge Welded Wire (100 feet long by 4 feet wide) is $73.88 from Home Depot. 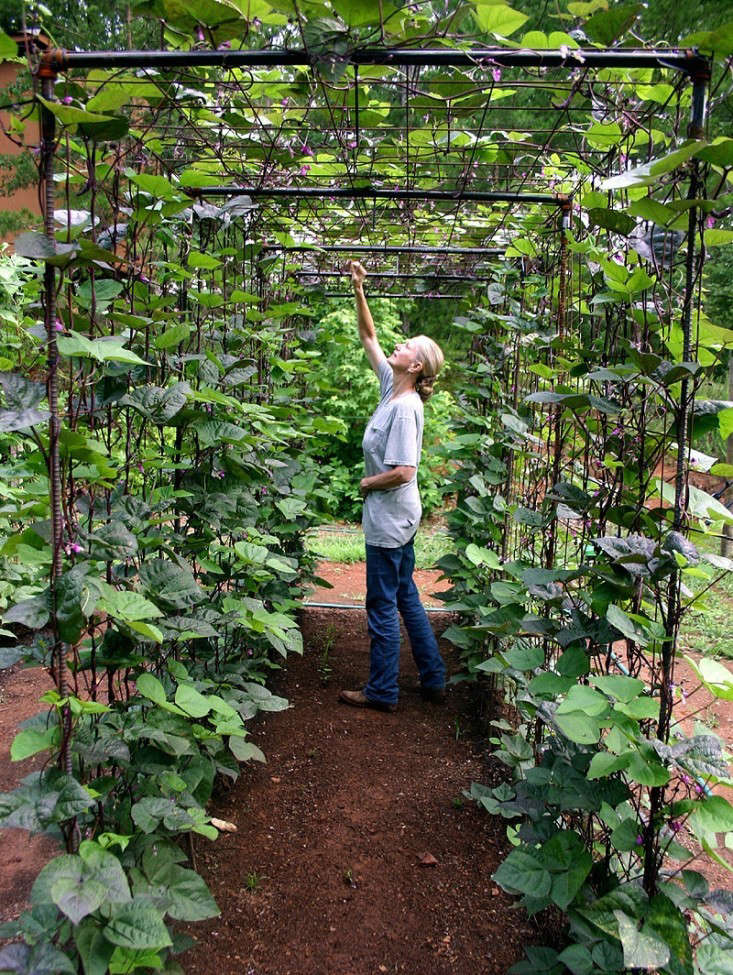 Above: In the summer of 2012, April (who is 5-foot-10) is able to stand upright under a tunnel to harvest beans growing on the underside.

Here’s a 2015 update from April: “The bean tunnel is still on our property but we no longer live there, unfortunately. It was wonderful for vining veggies. It was quite inexpensive and easy to put together and could easily hold the weight of most any vegetable, I’d think.” 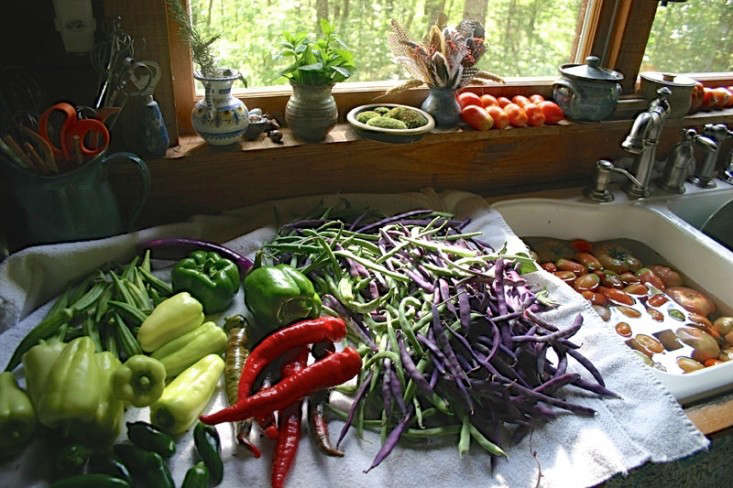 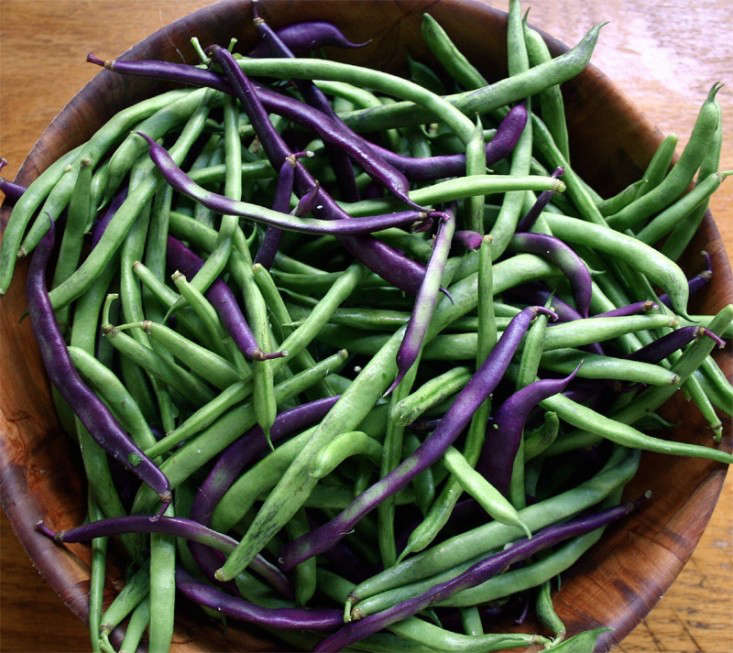 Above: A 1-ounce packet of Dean’s Purple Pole Snap Beans is $2.50. “When cooked, the purple beans turn green,” says April.

Garden Visit: Lessons from the Impressionists at the New York Botanical Garden

Greyfield Gardens: A Chef’s Dream on a Remote Georgia Island