Casa do Conto, or the “House of Tales,” is a structure whose walls actually talk: they bear the stories of the home and its architectural history.

Located in Portugal’s second largest city, Porto, the hotel was ready to welcome visitors three years ago after a painstaking modernization of its 19th-century structure. Several days before the big event, most of the structure was lost in a fire.

Determined to start again and reinvent the home once more, architect group Pedra Liquida (“Liquid Stone”) decided to let the lost work rest. Instead, Casa do Conto’s next life would reveal what had come before. The architects commissioned six writers—all familiar with Porto and its architecture–to draft vignettes on Casa do Conto, its transformation, and its role in Porto. Graphic design firm R2 used Styrofoam letters to set the stories into concrete, weaving tales in and among the rooms.

The result is a building where every turn is a juxtaposition of yesterday and today: As in the original home, the hotel features an entrance hall, now fitted with an open concrete staircase. The building maintains the grandeur of 19th-century Oporto architecture, but behind the granite facade, contemporary materials like plywood and corrugated steel create a ghost-like homage to what came before. Regularly playing host to art installations, short films, concerts, and thematic discussions, Casa do Conto is cementing its role as a place where art and stories are born and told. 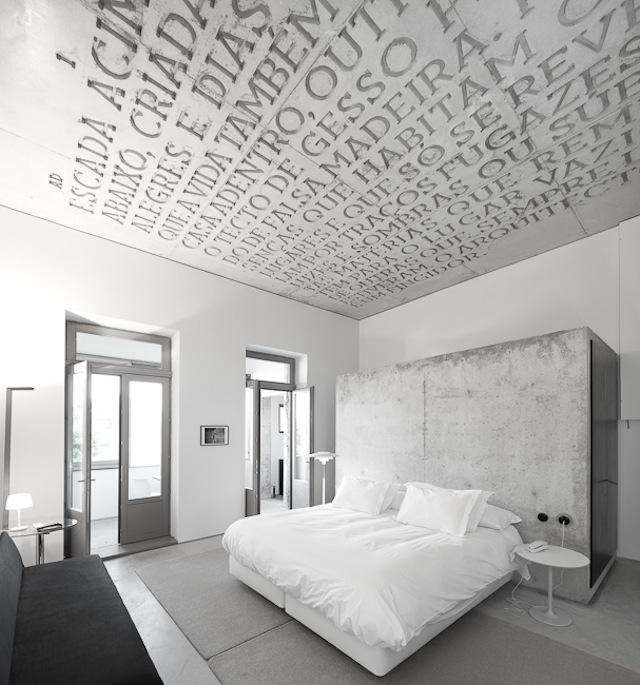 Above: In the Alvaro Domingues guest room, the story on the ceiling is a distinct part of the decor. 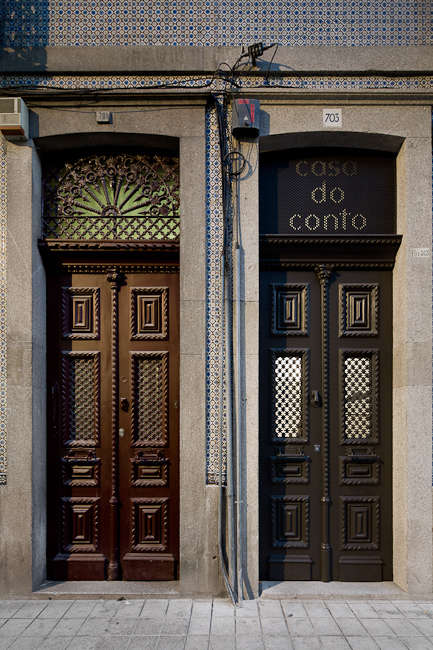 Above: The plaque over the front door reads “No. 703.” Alluding to the building’s former lives, a smaller plaque to the right reads, “It was No. 513.” 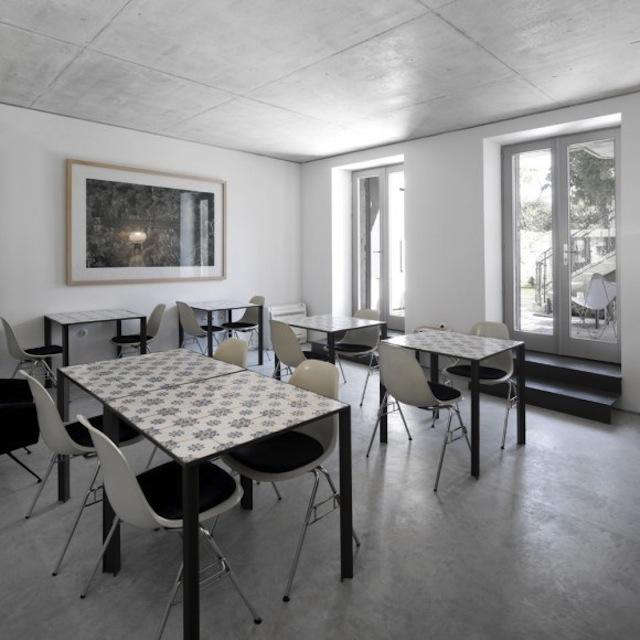 Above: In the dining room, modern steel tables are inlaid with traditional Portuguese tile. 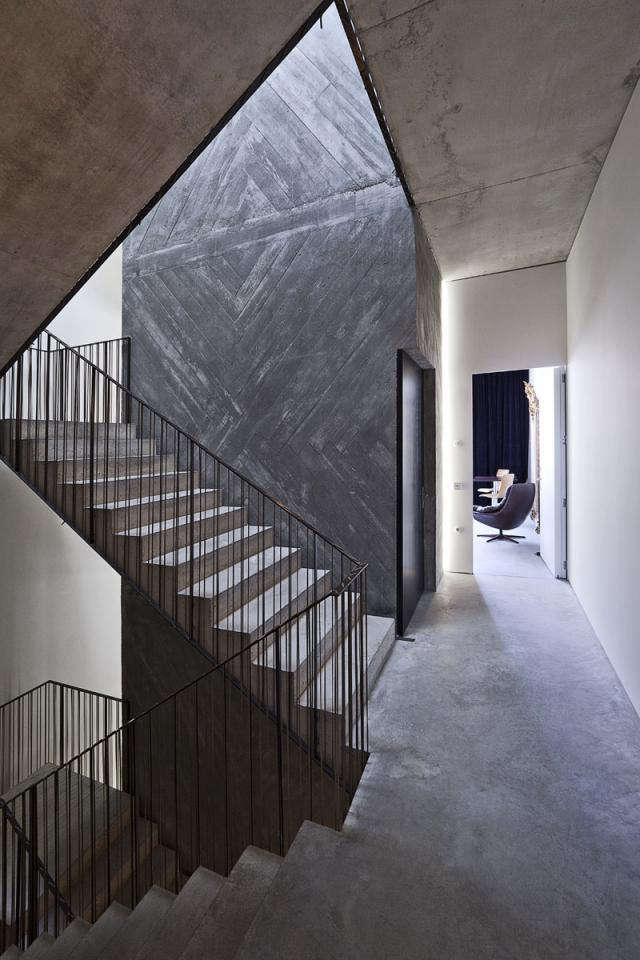 Above: The original home’s central stair has been reinterpreted with a skylight and board-formed concrete walls. 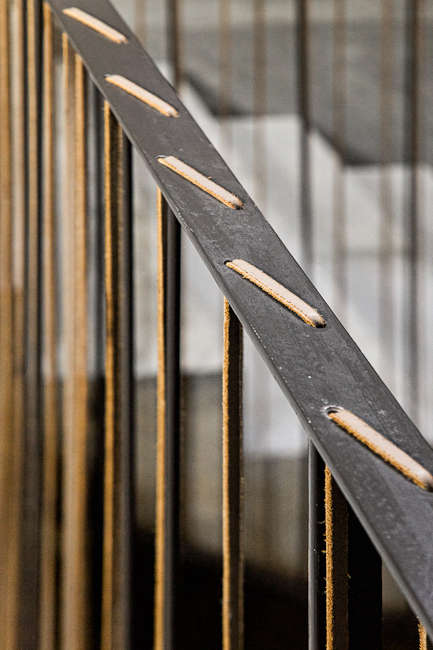 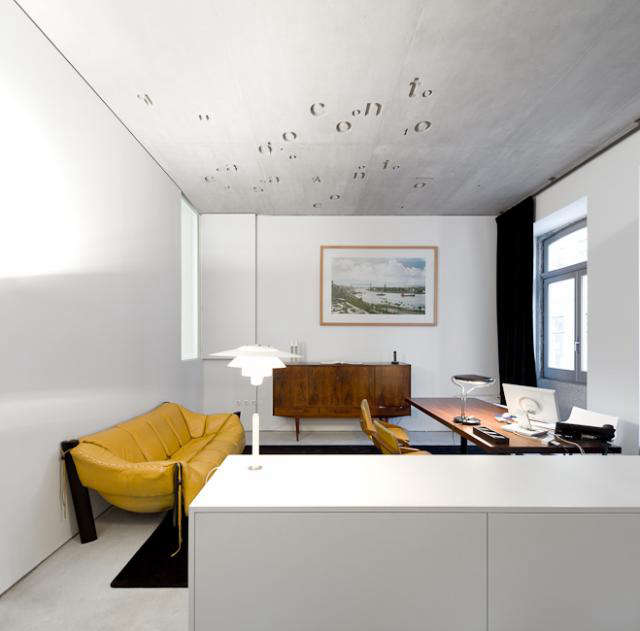 Above: In the shared guest office, midcentury pieces are are businesslike but still warm. 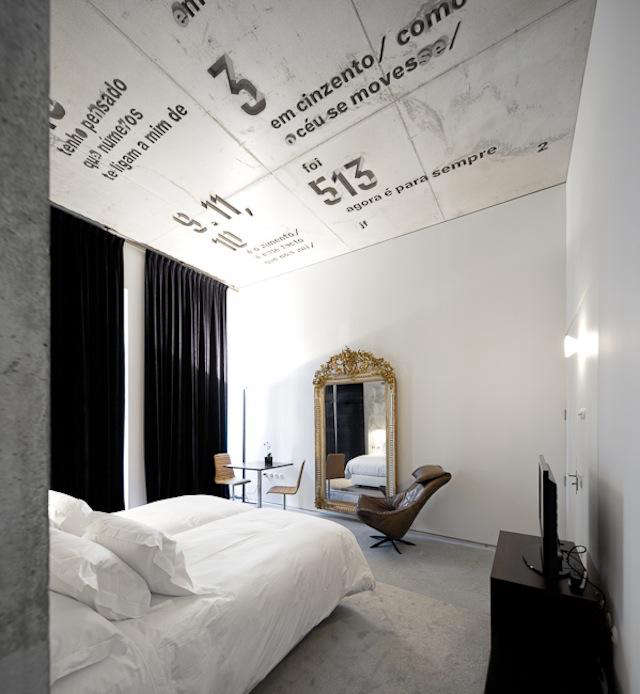 Above: The graphic designers at R2 let the story dictate the choice of font. 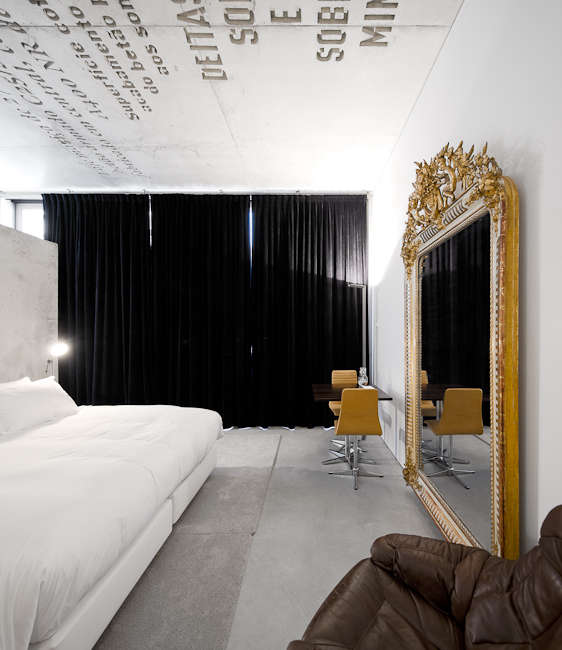 Above: A gilded period mirror has a lot of impact in this modern space.

Color in Winter: The Campovida Garden

10 Garden Ideas to Steal from Portugal

Pool of the Week: A Manmade Beach in the Portuguese Countryside