If you’re like us, you dream of having a garden outside your door, from which you can pick fresh herbs and vegetables. This week, Art Luna, the Santa Monica-based landscape designer, walks us through the steps of creating and maintaining a thriving kitchen garden. He is available to answer readers’ questions for the next 48 hours; please leave your queries in the comments section below.

According to Art, owner of Art Luna Garden, every kitchen garden is a true labor of love. Growing a source of food requires constant care and attention, thereby “the elements in nature will come in and take it.” Here he walks us through several of the edible gardens he’s created for clients, divulging some of his tips and design behind the universal element in each: the raised garden bed. “Fruits and vegetables like a controlled temperature,” he says. “When you raise the kitchen garden, you can control the temperature of the soil,” thus making for a healthier and more thriving bounty. More of Art’s insight unfolds below.

N.B. We’ll be highlighting more of Art’s designed gardens in the weeks to come. For more information, go to Art Luna Garden. 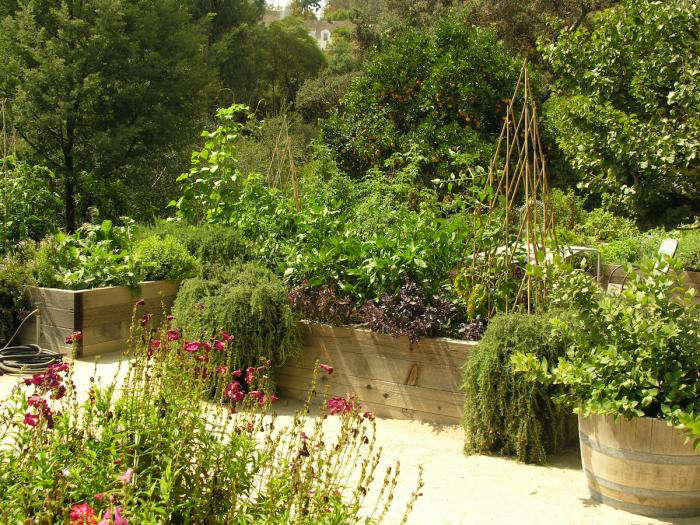 Above: In essence, a ‘kitchen garden’ is a functional garden that grows edible herbs, flowers, vegetables and fruits. While one can be grown directly in the ground, a raised bed offers a variety of benefits. According to Art, when produce is grown directly in the ground, the earth’s temperatures can fluctuate, often becoming very cold or hot; it can even become too hard, which can lead to inadequate water penetration.

As mentioned above, growing vegetation in a raised setting offers more control in maintaining the soil temperature; there is also a convenience factor: “It’s easier to harvest when they’re high,” says Art. For this garden located in the Bel Air community of Los Angeles, Art incorporated timber beds that are approximately 24 inches off the ground, which are “a bit higher than most,” he says. (N.B.: For each kitchen garden he designs, Art turns to Pam Rownak of Culver City, CA, who is the talent behind physically installing, and often maintaining, the edible produce.) 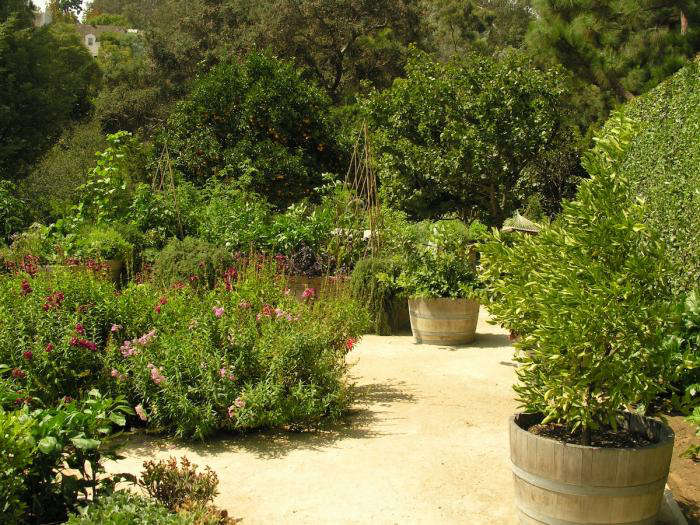 Above: Next to the raised timber beds, Art also punctuated this space with wine barrel planters (a kumquat tree thrives in the front right barrel). A popular choice for many kitchen garden growers, these can be sourced at most local nurseries. “These are great source for kitchen gardens. It’s a nice alternative for anyone who doesn’t have the space.” 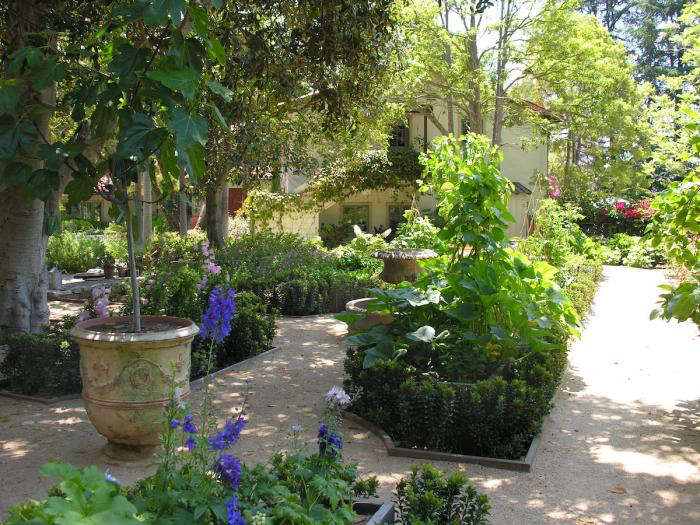 Above: For this Bel Air garden, Art covered the sides of the raised beds with rhaphiolepis umbellata minor, which he describes as a “course, more textured boxwood.” The effect is a bit more dramatic, complementing the Mediterranean house seen in the foreground.

He also planted a mix of edible vegetation and cutting flowers, ultimately designing a space where his clients can enjoy the benefits of both. “It’s nice to have a garden that is both a cutting garden and a kitchen garden at the same time.” Three beds were dedicated to growing flowers meant for cutting and enjoying elsewhere. The result is a rich, full garden. On the left, an old Anduze pot holds a fig tree. 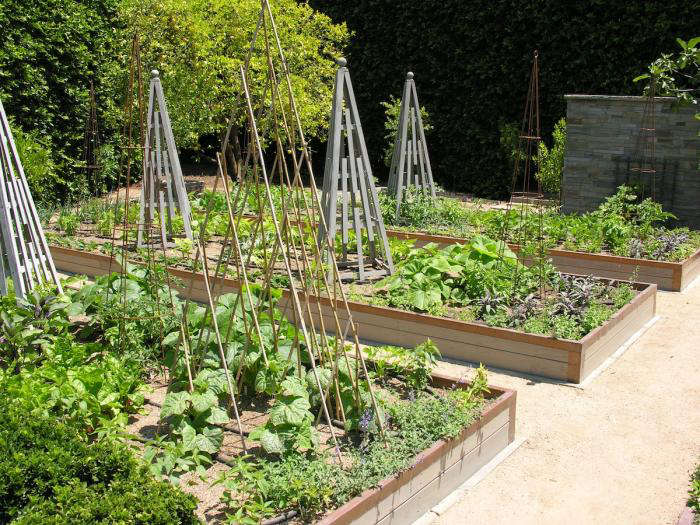 Above: This photo was taken early on in the garden’s life, a mere three weeks after the initial planting. Also located in Bel Air, Art employed a strategic element here: copper edging around the top and edges of the beds. “This is a nice deterrent for pesky little insects,” he says. “It helps prevents the snails from going into the garden.” The triangular trellises are made out of teak, which will eventually be completely covered with growing vines.

(N.B.: Art and his team look to the most organic means possible when caring for their gardens. Two natural methods he employs are neem oil, a natural insecticide, and worm castings “tea”, a blend of worms’ end products that are highly nutritious for plants.)

Above: Last, a kitchen garden in the Brentwood community of Los Angeles with raised beds made of stone. “That’s the ultimate snail border,” says Art. Because of their slime, they can’t make their way up the stone. As seen in this space and the previous three, adequate sunlight, at least six hours per day, is essential for growing a successful kitchen garden, says Art.