“Casa Poggio was bought on a mad impulse on a romantic holiday,” says Tessa Boase, of the farmhouse she shares with husband Nick and their children, 30 miles north of Rome. “We didn’t see the 130 olive trees, just the wonderful view.”

They soon discovered that the trees were the most important part of this Italian adventure. “The day we exchanged contracts we met our local farmer, Eros, who could talk of nothing else.” Eros tried to teach the newcomers how to prune their trees, which had been neglected for decades. They should be shaped like goblets, with enough open space in the center for a pigeon to fly through. That was five years ago. These days, a professional team is hired for the annual pruning, a specialized art in itself. 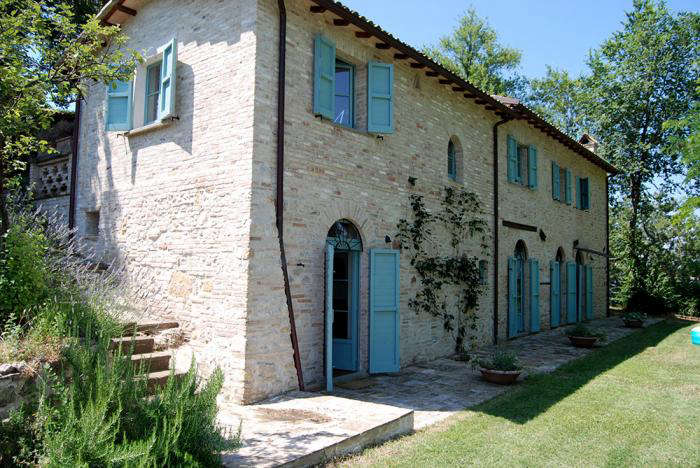 Above: Tessa and Nick rent out Casa Poggio, when they are not there. The Sabine HIlls made a popular holiday destination for Romans in ancient times, and the “olio di Sabina” was prized and written of back then. Even now, it is particularly valued and was the first oil in Italy to be given “DOP” (Denominazione Origine Protetta, or protected status). The oil is “single estate” and “cold-pressed” and soon, with less involvement from Eros the farmer, it will be organic as well. 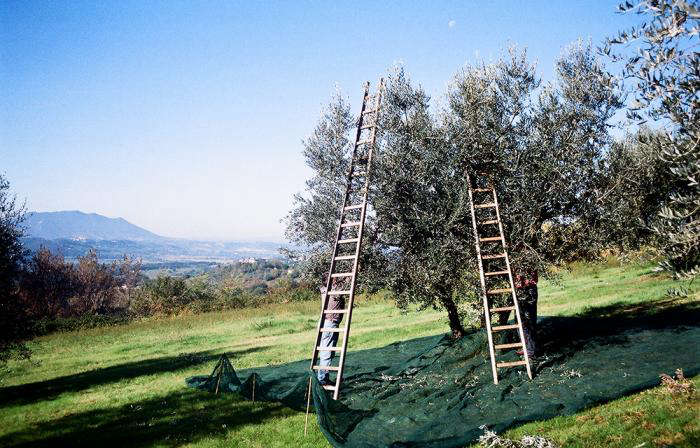 Above: Now that the olive grove is viable again, Tessa and Nick are very involved in the harvest, which takes place in late October: “The joy of the olive harvest is the absolute quiet, the bird song, the chat and laughter of our Italian team of pickers.” 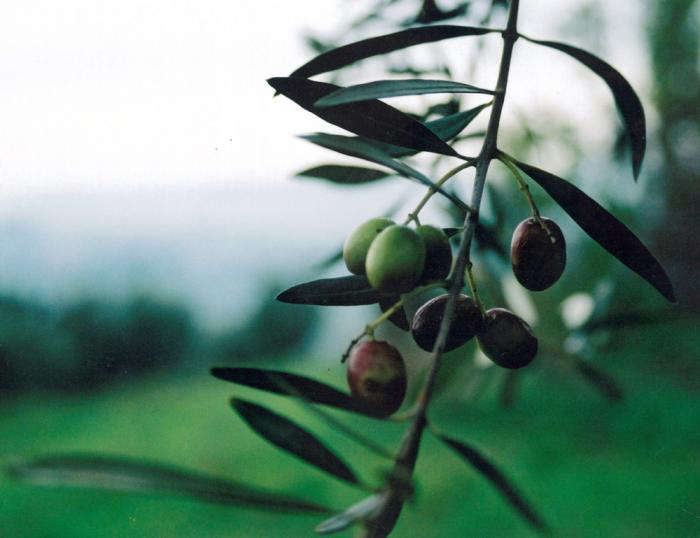 Above: “From each of the three or four main branches the olive boughs tumble down, a bit like fronds of hair,” says Tessa. “Picking the olives is like combing the hair: we use little hand-held rakes and nets on the ground.” 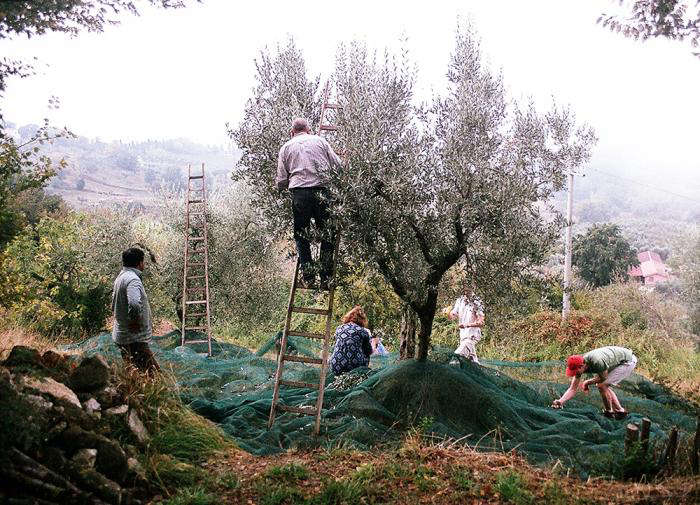 Above: The oil is split 50-50 with three regular pickers, retired locals: “The harvest is a high point of the year. With our pickers we celebrate with lots of meat grilled outdoors, with bread and new oil. Our various friends and relations join in.” 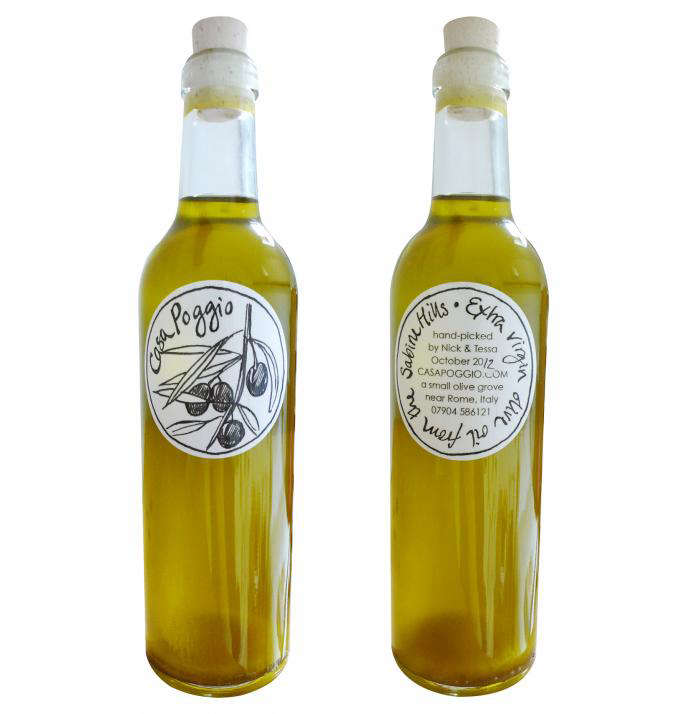 Above: The oil is characteristically green, intense, and very peppery. The younger it is, the stronger and greener. Over the year the flavor mellows, the color becoming more yellow and the taste more “grassy.” Nick and Tessa send big cans of oil back to England where they bottle it, using their own-designed labels, and “sell it direct to a small crowd in London and East Sussex,” says Tessa. “Often the people who buy the oil will then rent the house.” Photograph by Kendra Wilson. 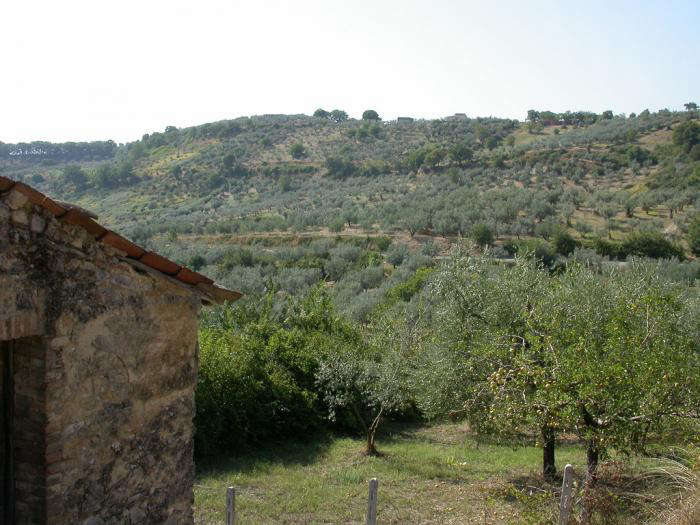 Above: Flavor is affected by soil as well as variety, so that no two estates will produce oil that tastes the same. Aspect is also important. “Our south-facing hillside has given us an extraordinarily consistent and astonishing amount of oil,” says Tessa. “We get around 66 gallons from 130 trees, every year.” Photograph by jmlwinder via Flickr. 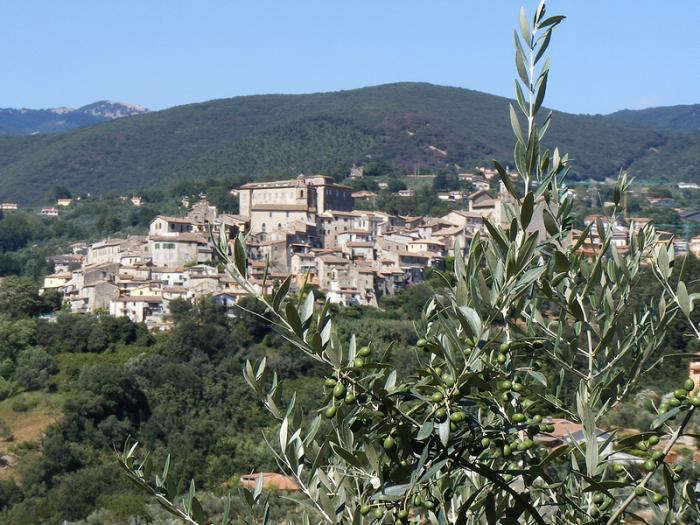 Above: A view of local town Poggio Mirteto. Photograph via Alessandro Preziosi.

Masseria: The Italian Farmhouses of Puglia

The Garden Decoder: What Is ‘Dry Farming’?