I don’t do my own gardening, usually. I certainly don’t bird-watch or install equipment of any kind. I’m from New York.

For no reason having to do with my known personality, my friend Paul gave me a hummingbird feeder for my birthday. I’m not exactly a nature buff. I tend to stay inside even in Southern California, reading books and surfing the Internet and watching television shows of dubious quality. 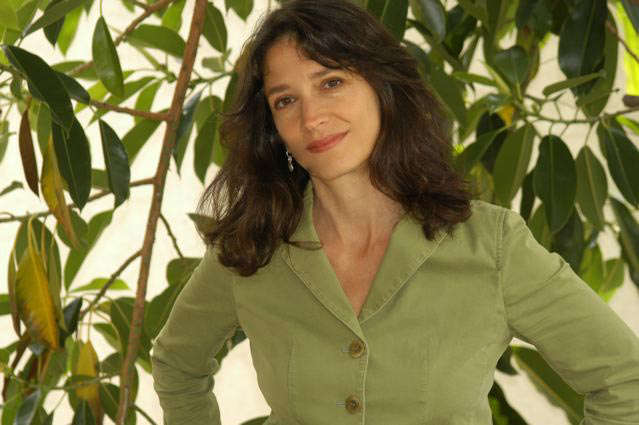 Above: Photo by Rory Flynn.

Sensing my ineptitude, Paul came by a few days later and installed the new feeder in a nice spot in my garden, visible from the patio where my husband and I spend most of our limited outdoors time. My husband watched in horror. The thing was wrecking his pristine view of what passes for nature in our LA backyard.

I brewed up some hummingbird nectar. This supposed ambrosia consists of water and refined cane sugar, not something found in nature by actual hummingbirds, but they like it, supposedly. I put out the feeder, which was a long pink glass bottle with three openings at the end for hummingbird beaks. No one came to feast. 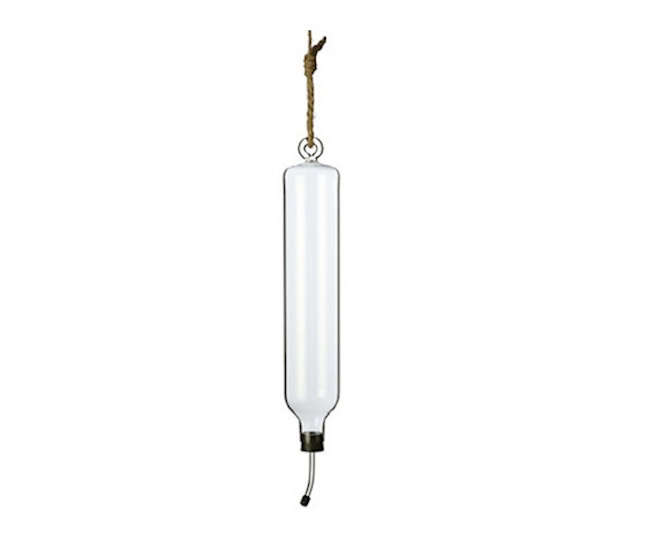 Above: A set of four Modern Cylindrical Glass Hummingbird Feeders is $98 from Nova68.

I waited, patiently re-concocting the nectar every week so it would stay fresh. No birds came for weeks, but I assiduously filled and refilled the thing, hoping. (For a recipe, see “Hummingbird Nectar.”) And then they did come. They loved it. Surprisingly, I loved them. I was completely taken by their fierce intensity. They fought over territorial rights to the feeder. They buzzed and dive-bombed me as I watched their turf battle… Some triumphed, others lost out.

They were beautiful and fun to watch and I got used to them. I waited for them every day, and would go out to sit and watch them at 4:15 on the dot, when precisely they started to feed.

My husband continued hating the feeder, by the way. He had his reasons. It was pink, first of all. Second, it was etched with floral and hummingbird designs that made it look somehow, he seemed to think, like a piece of Victoriana that would be mocked in a Galsworthy novel. Third, it was visible from where he likes to sit in his elderly gent’s rocker. Visible, that is, when he’s not lying askew in the chair, asleep over a 19th century novel or a crossword puzzle.

He is always trying to get rid of the feeder. “Did you break it yet?” he asked me while I was cleaning it.

But I was not giving up my feeder. Not a chance. I had my feeder and my birds, and my husband had his books and his naps.

Then one day I decided to get some landscaping done. There was this hideous old fig that gave bad fruit and was mixed in with stray pear branches and junky vines growing over some household equipment near the wall of the house. I decided to get those cut back and at the same time, I asked the gardener to “open up” the big Chinese elm in the yard so we could get more light. For the lawn. 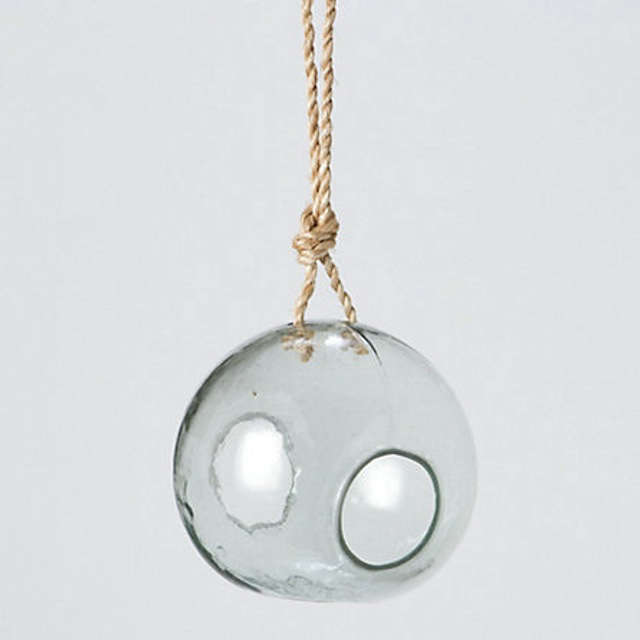 Above: A Glass and Rope Bird Feeder is $88 from Terrain.

I went away for two days on a business trip and took down the feeder so it and the birds wouldn’t get hit by falling branches and leaves.

When I returned, the elm was lacy and light, and the fig and its mess were gone.

I made some new nectar and put my feeder back up.

But no birds came. Not one. Panicked, I started making the nectar more often so it would be fresh; I scrupulously cleaned the feeder. But the birds just wouldn’t come.

That night I came to a stunning realization. I knew now that there was a reason for the birds’ disappearance. In taking down the fig bramble and possibly in pulling out branches from the elm, I had also taken out the hummingbirds’ nesting area. I was certain of it. I could imagine little hummingbird chick corpses next to the fence where the bramble had grown (I went later to look for evidence, but there was nothing there; just clean dirt). I awoke my husband to announce that I had become a person I despised. I was a suburban perfectionist lady, tearing down brambles and putting in manageable ficus, “opening up” a beautiful shadowy elm to let light in for an environmentally disgusting grass lawn. I hated myself.

I could tell that my husband hoped this was an opening to get rid of the feeder. 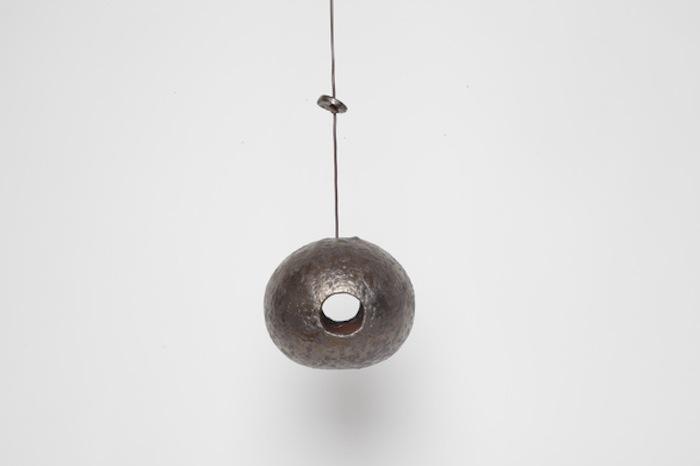 Above: A bronze Birdhouse by Stan Bitters is $268 from Totokaelo.

Now of course I hated myself and my suburban mentality. Six pristine ficuses had replaced the messy bramble, but nothing could replace the little birds. (I did for a long moment suspect that my husband had somehow tainted the nectar behind my back – adulterating it with, say, easily accessible vodka. But then I realized he wouldn’t know how to open the glass canister, or even how to take the feeder off its hook.) 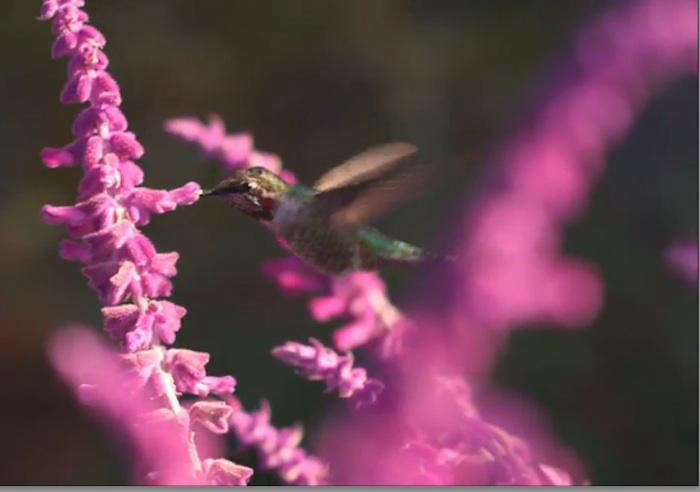 Would the birds ever return? I was going to plant red salvia, a surefire hummingbird attractor, and pray that the next generation of ruby-throats to pass over my neighborhood would have forgotten the tragedy I’d inflicted on their forbears, my destruction of their habitat.

I was ready to offer reparations. The salvia, and also a new hummingbird feeder in a new spot in my yard, this one a plain glass and red plastic item that, for reasons beyond my understanding, my husband prefers.

Above: A Roost Utopia Bird Feeder is $75 from Aha Modern Living.

And yesterday as I sat reading the Times at a table in the middle of the garden, I heard that special buzz that sounds as if a huge bumblebee were descending. I looked up and saw to my great gladness a hummingbird hovering in midair just over my head, making his decision. Then he came down to my new feeder, checked it out, alighted on a red plastic perch the size of a safety pin, and poked his beak through the bee guards into fresh nectar.

As for the old feeder, it’s for the birds to decide its fate.

Design Sleuth: What to Grow on a Brick Wall

Gardenista Gift Guide 2020: For the Plant- and Critter-Obsessed