One cold, windy morning three years ago, First Lady Michelle Obama grabbed a pitchfork and joined 23 fifth-graders on the White House lawn to do something no one had dared since World War II: They dug up the grass to plant vegetables.

The 1,100-square-foot White House Kitchen Garden cost $200 to create (excluding the salaries of the National Park Service staff who tended it) and yielded, by the end of its first growing season, 740 pounds of fresh produce. We can all do that math. The First Lady, whose public campaign against childhood obesity prompted her to empty her own pantry of sugary drinks and microwave meals, added a beehive next. And last week marked the publication of American Grown, her book that exhorts the rest of us to grow our own food, too. Grab a pitchfork (no Parks Service labor necessary):

Photographs by Quentin Bacon for American Grown, except where noted. 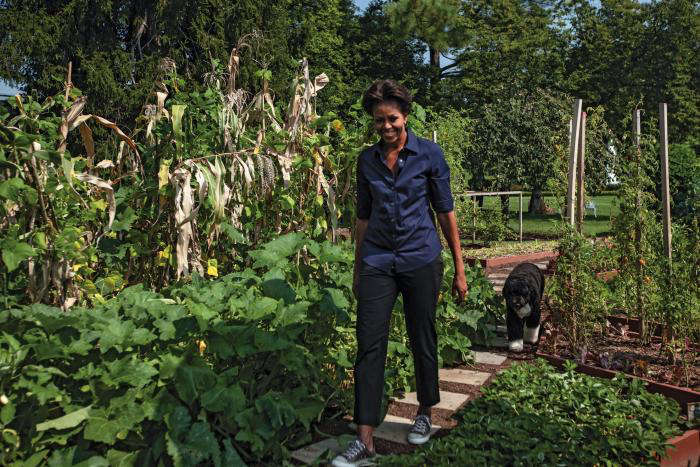 Above: Michelle Obama and her dog, Bo, inspect the crops. For similar gardening garb, consider the Stretch Perfect Shirt in Navy ($72) and Tretorn Canvas T56 Sneakers in navy ($68); both from J. Crew. 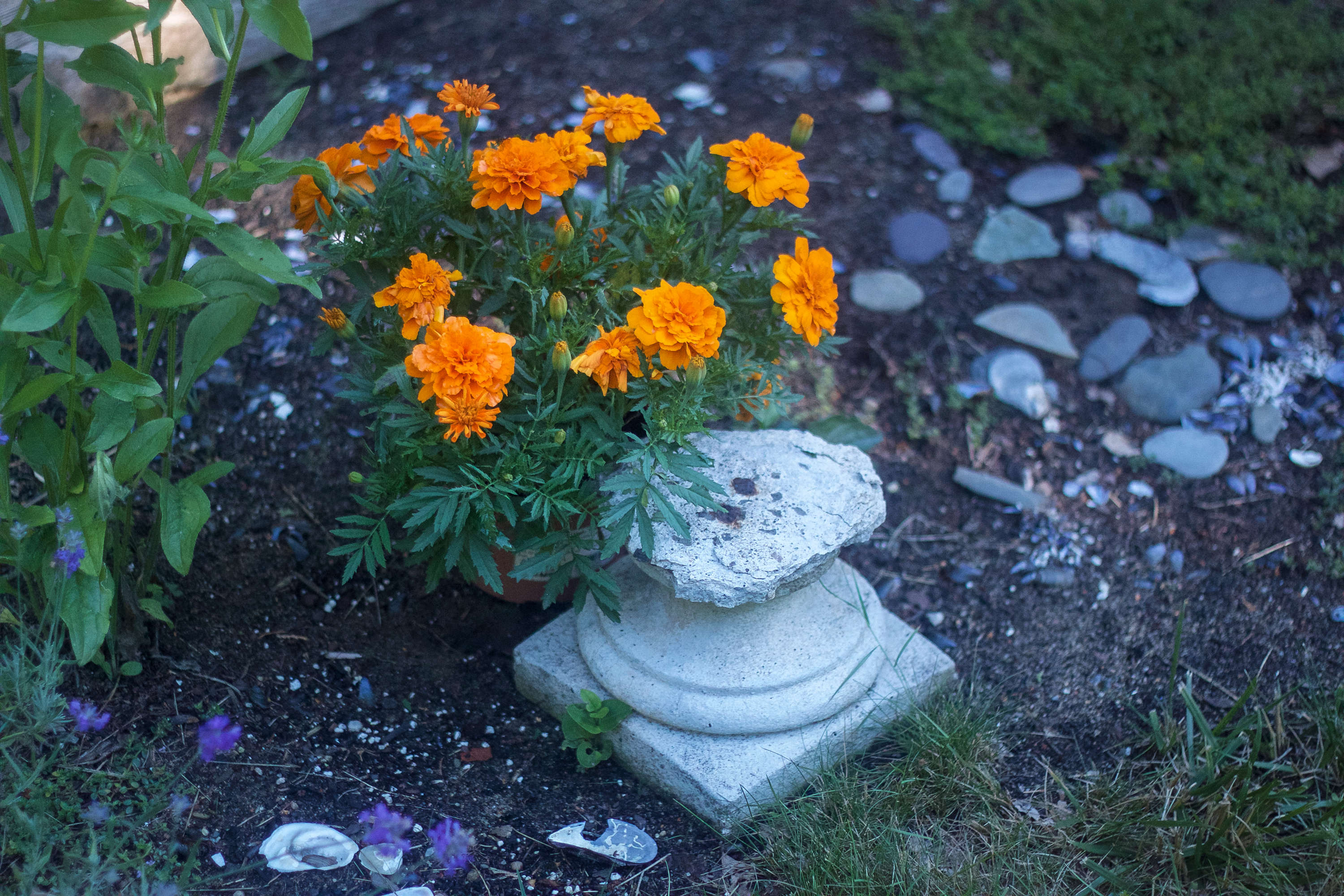 Marigolds, to keep away aphids, edge the White House garden paths. Marigold Villandry is available seasonally for $4.95 per 4-inch plant from Annie’s Annuals. 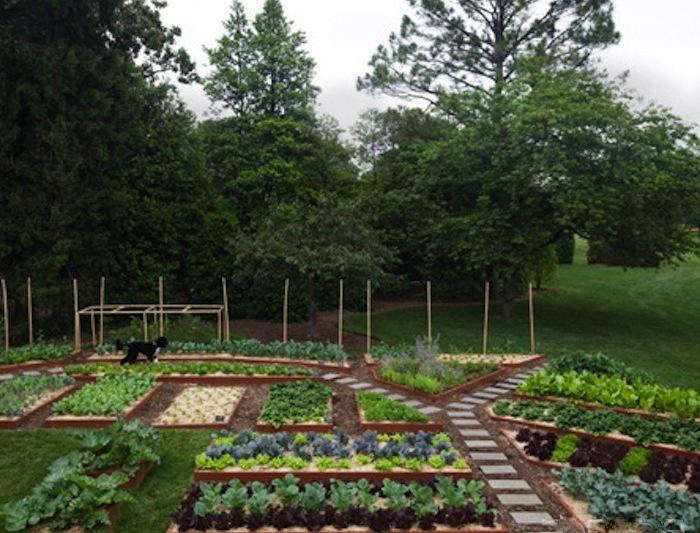 Above: The White House garden, spring of 2011. Among the vegetables cultivated: Red and Green Romaine Lettuce, Spinach, Chard, Broccoli, Carrots and Kale. For heirloom varieties, a seed packet is $1.75 at D. Landreth Seed Company. 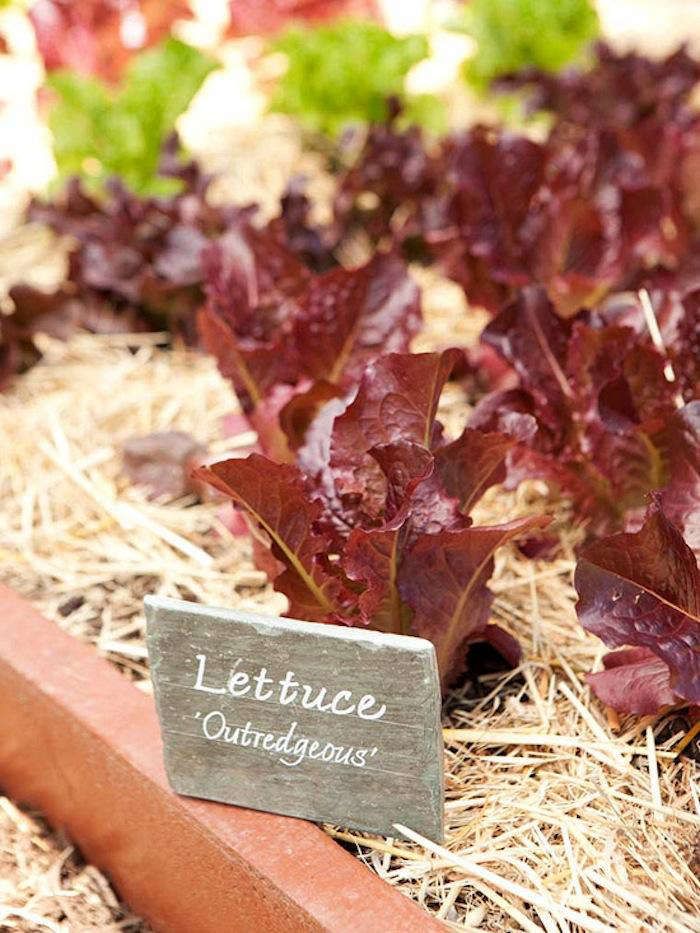 Above: Lettuce and other vegetables at the White House garden are planted in raised beds. A rot-resistant Cedar Raised Bed Kit is $149.95 to $179.95, depending on size, from Williams-Sonoma Agrarian. Outredgeous Romaine Lettuce is $2.50 for a packet of 100 seeds from Baker Creek. image via BHG. 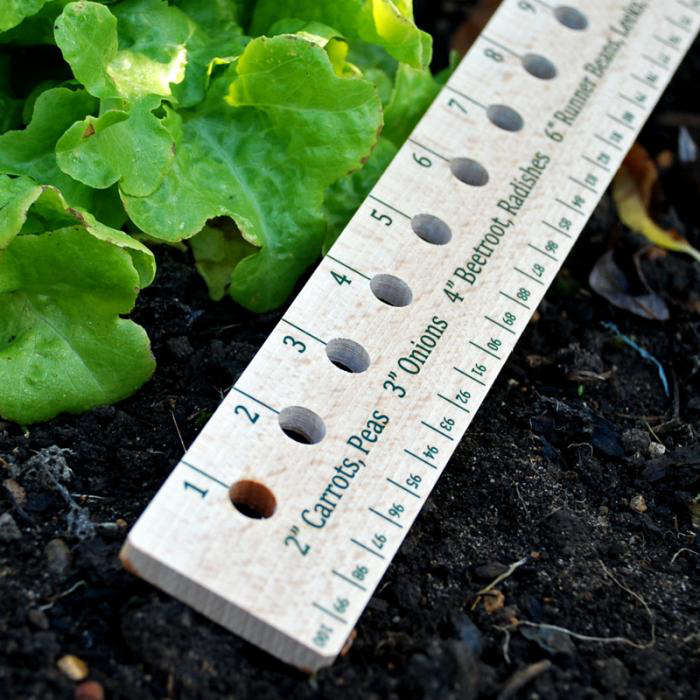 Above: A Seed Rule to space plants precisely. It’s £19 from Hen and Hammock. 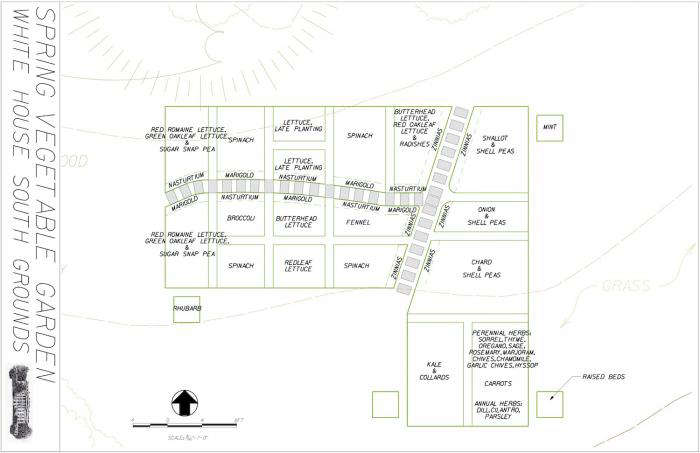 Above: The original planting plan, circa 2009, of the First Lady’s vegetable garden. Image via White House. 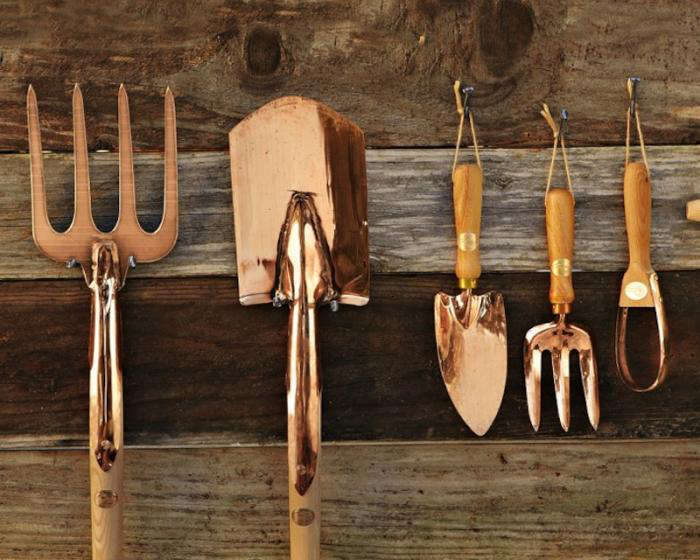 Above: Rust-resistant copper tools are fit for turning the dirt at the White House; the set includes a Copper Long-Handle Fork; it’s $299.95 from Williams-Sonoma Agrarian. 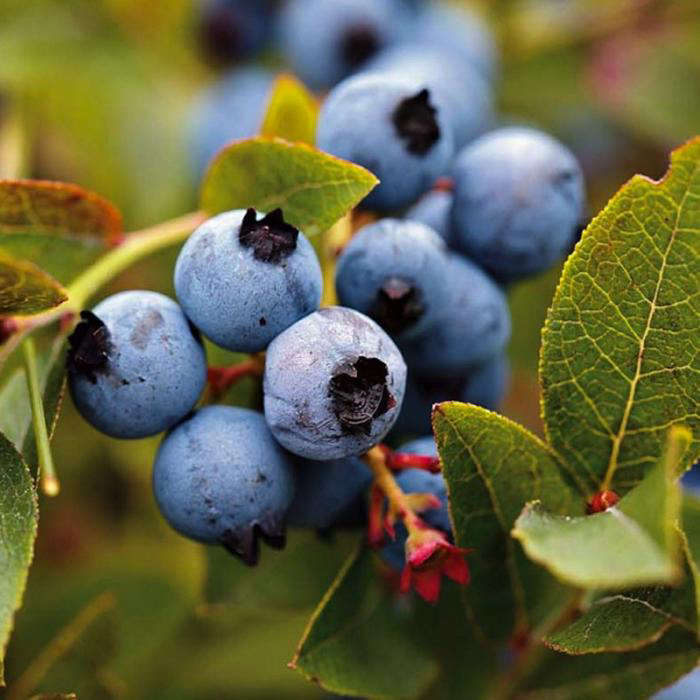 Above: On the perimeter of the White House garden are blueberry and raspberry bushes; established pots of 2.5-foot-high Blueberries are $49.95 each from Williams-Sonoma Agrarian. 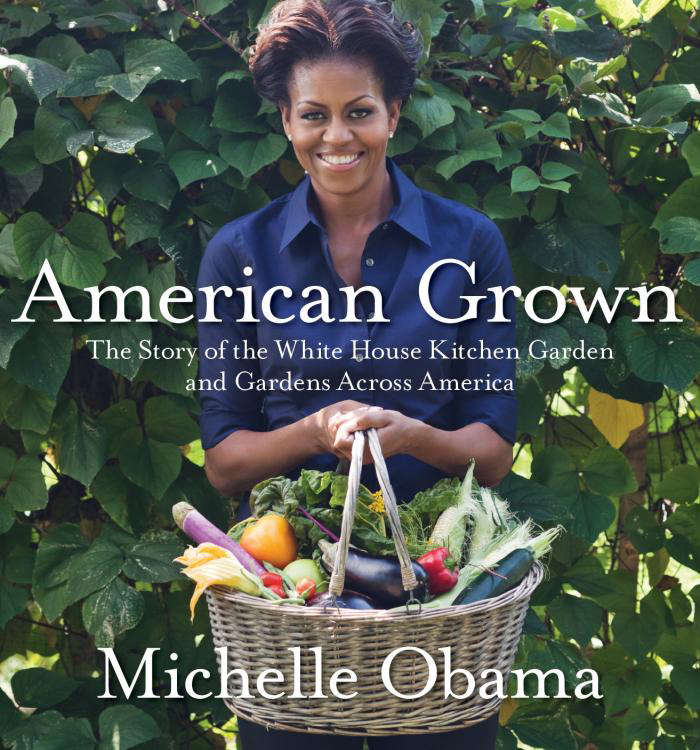 American Grown: The Story of the White House Kitchen Garden

‘Garden for the Senses’: How to Design a Landscape that Stimulates and Stirs