From the Greek word meaning “milk flower,” the little shivering white bells of Galanthus lift the spirits even on a leaden gray day in icy February. At Cotswold Farm, aptly named for its glorious position in the Cotswolds, the snowdrops not only carpet the woodland slopes but also tell a story of this historic garden. 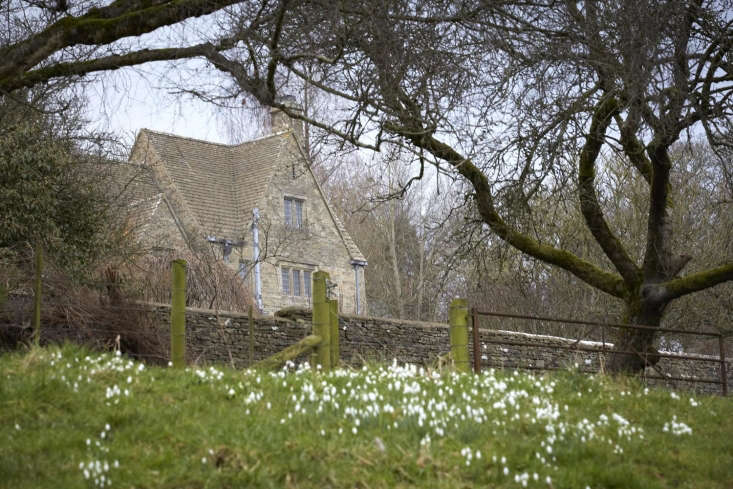 Above: Originally a farm house set within purely agricultural land, Cotswold Farm was bought by the Birchall family in 1925 and consequently enlarged, restored, and decorated in the true aesthetic of the Arts and Crafts style. 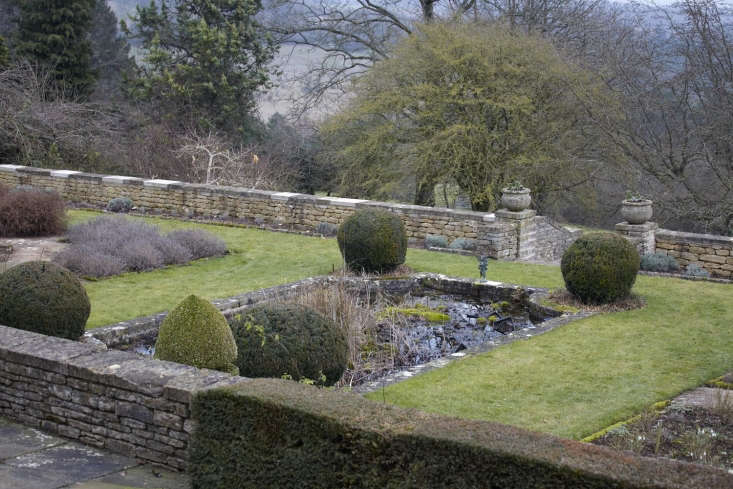 Above: There followed successive generations of passionate gardeners, each finding their own niche. 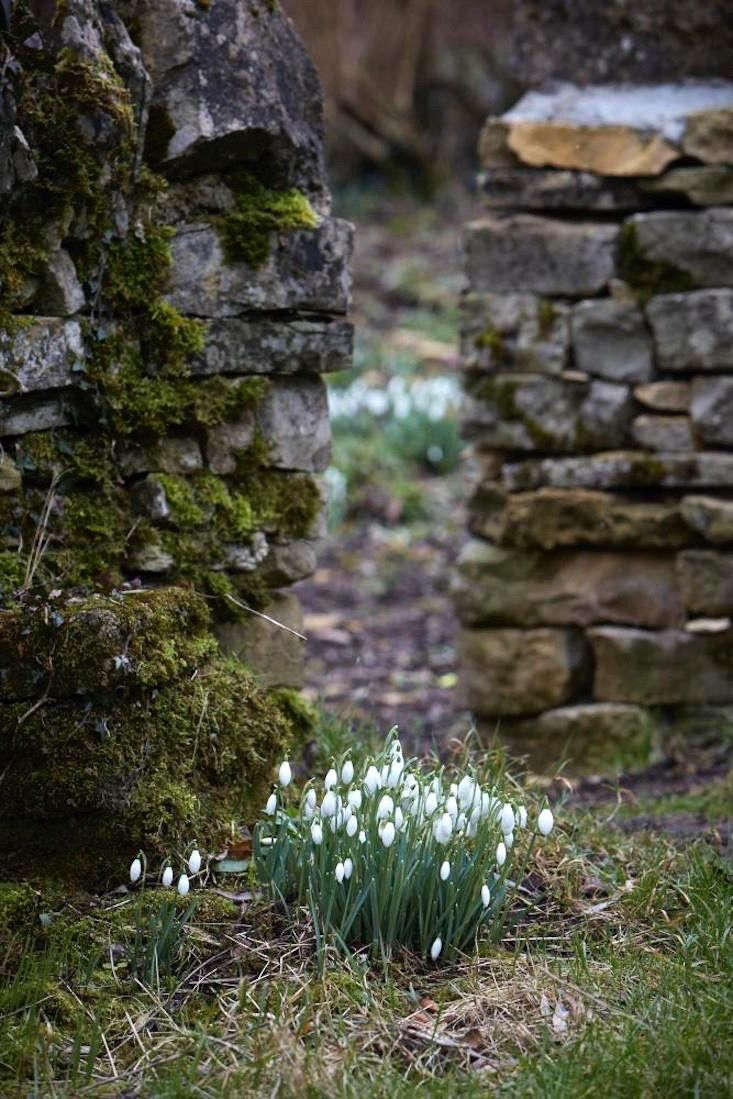 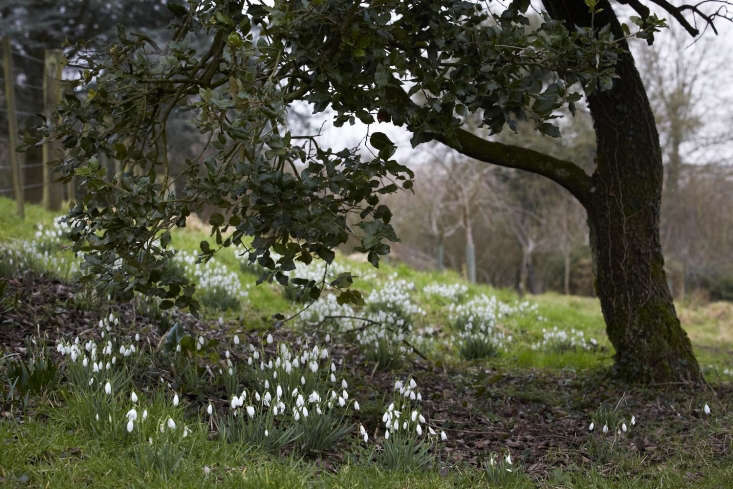 Above: In 1972, Ruth Colquahin married into the Birchall family, and began her collection of snowdrops, leading her husband to comment a decade later: “Ruth has become quite a Snowdrop Queen and various experts inspect and swap bulbs.” She was in good company in this part of England, with other Galanthophiles such as Canon Ellacombe at Bitton and James Atkins at Painswick having shared bulbs from the Victorian era onwards. 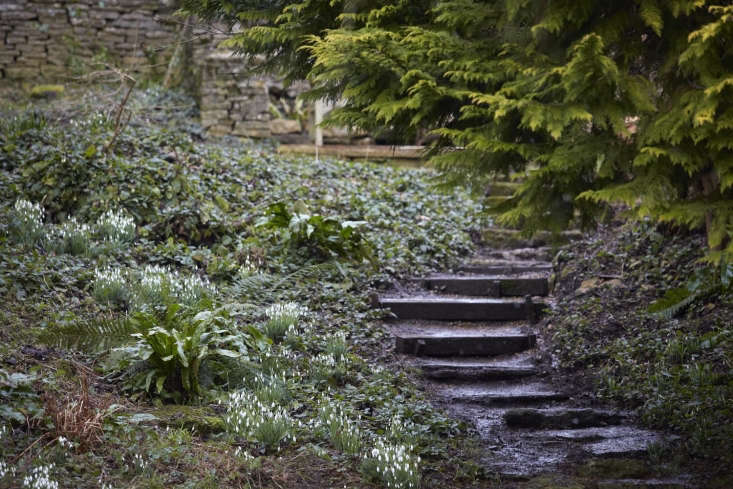 Above: Ruth’s collection reached around 62 varieties and subsequent generations of the family and loyal gardeners have increased this to 78. 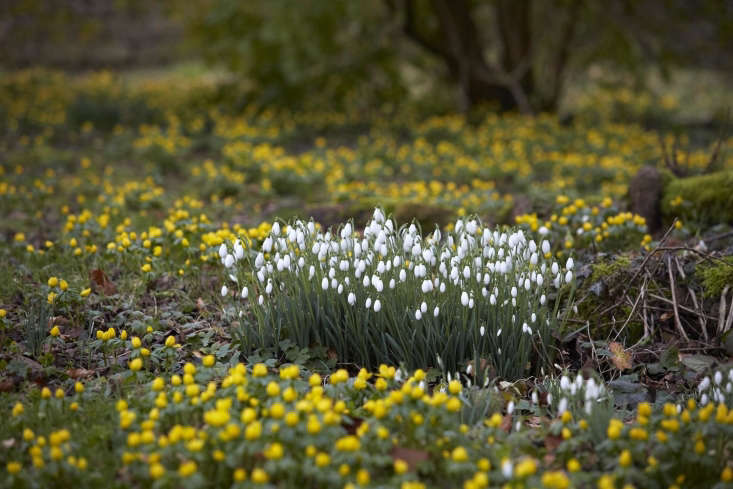 Above: Filling little pockets in a hidden bog and mingling among other winter garden staples such as aconites, wintersweet, and the radiant stems of Cornus (red twig dogwood), the snowdrops showcase the wide variety of discreet differences. 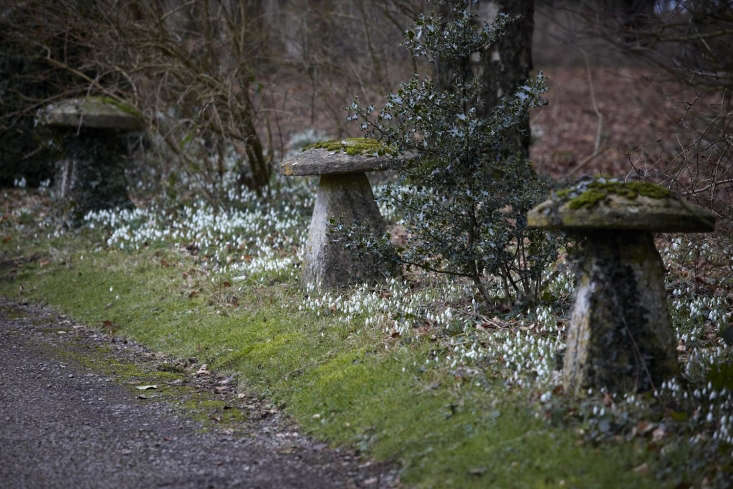 Above: From the moment you arrive and are greeted by swathes of white under the granary staddle stones, to the statuesquely tall Galanthus. ‘Benhall Beauty’ and to the barely visible Galanthus ‘Shackleton’, treasures lurk everywhere below the tree and shrub canopy and between the rich leaf mold that they thrive on.

There are rarities such as the yellow-markings of G. ‘Wendy’s Gold’, G. ‘Two Eyes’ so named for its distinct markings which give it the look of a face with … well you can guess what, and G. ’Godfrey Owen’ considered by some to be the best snowdrop due its perfect arrangement of six inner and six outer segments. Some would call these petals, but to the true Galanthophile these are called tepals. 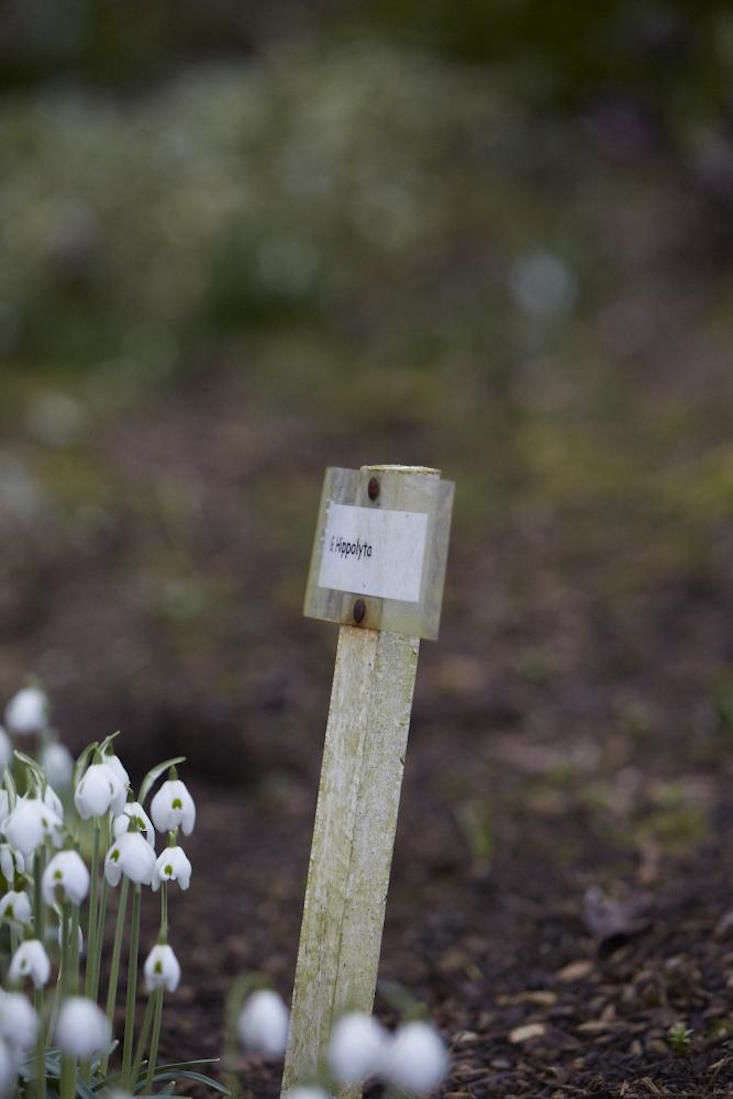 Above: G.Hippolyta with its rounded shape and slightly frilly skirt is one of the latest snowdrops to flower. 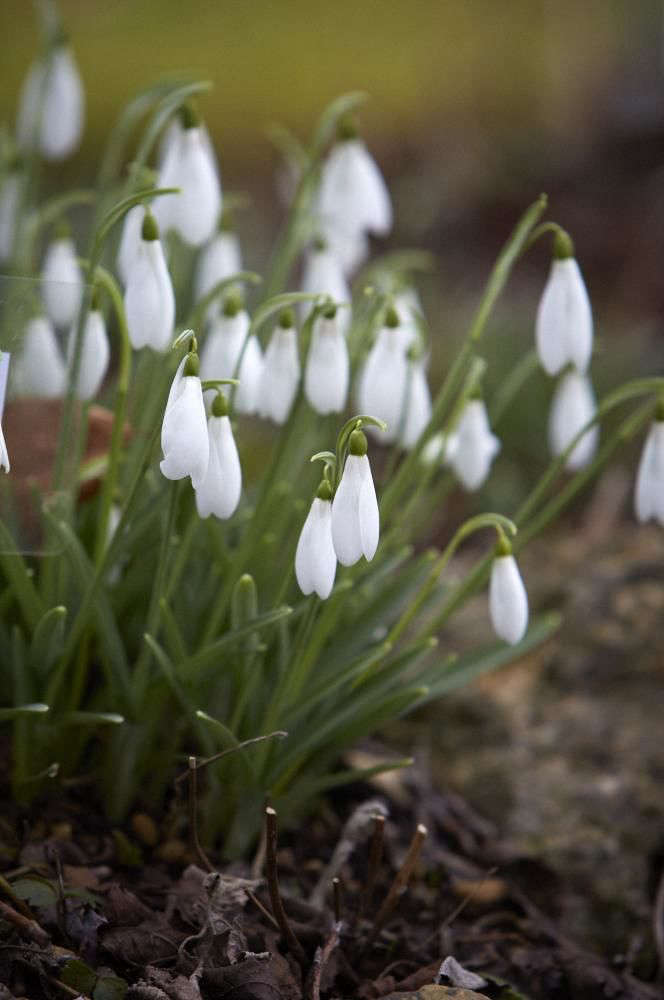 Above: G. ‘James Backhouse’ with its slender heads sometimes described as deformed, probably came from James Atkins in the nearby village of Painswick. It is sometimes mis-named as G. ‘Atkinsii’

But it is the inclusion of varieties peculiar to this garden that makes this collection so personal. The late flowering G.’Ruth Birchall’ with its grayish leaves honors the collections’ founder. Whereas  G. ‘Mary Biddulph’ marks the family’s link by marriage with another great Arts and Crafts house and garden at nearby Rodmarton Manor. Soon there will be another variety to add to this list, that of  G. ‘Iona Birchall’, the current chatelaine of Cotswold Farm. 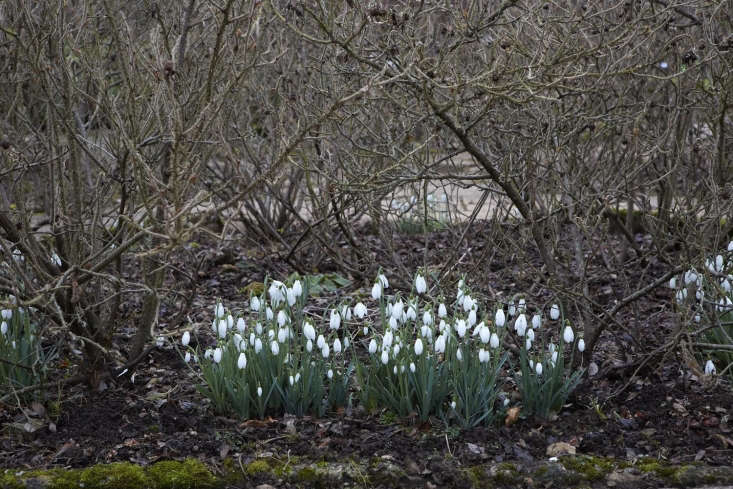 Above: A stroll through this garden in winter is a lesson in the subtle differences of the snowdrop flower, if you care to bend down and look closely. No doubt the impending publication of a book about Ruth’s snowdrop botanizing, to be illustrated by local botanical artist Annette Firth will bring a whole new group of Galanthophiles to the Cotswolds.

N.B.: Calling all Galanthophiles, to see more of our favorite snowdrops:

Welcome to the Remodelista & Gardenista Redesign