If America’s open space movement was born and gained its early momentum in northern California–and it was, and it did–then perhaps it should not come as a surprise to find 134 acres of the world’s most glorious open space at the edge of the seashore a few miles north of San Francisco.

And yet, Slide Ranch takes your breath away. Approach from the south along the winding two lanes of Highway 1, and suddenly it’s a sharp left turn and the crunch of gravel under tires as you bump down to the beach. It’s a foggy morning, as usual:

Photography by Katie Newburn for Gardenista. 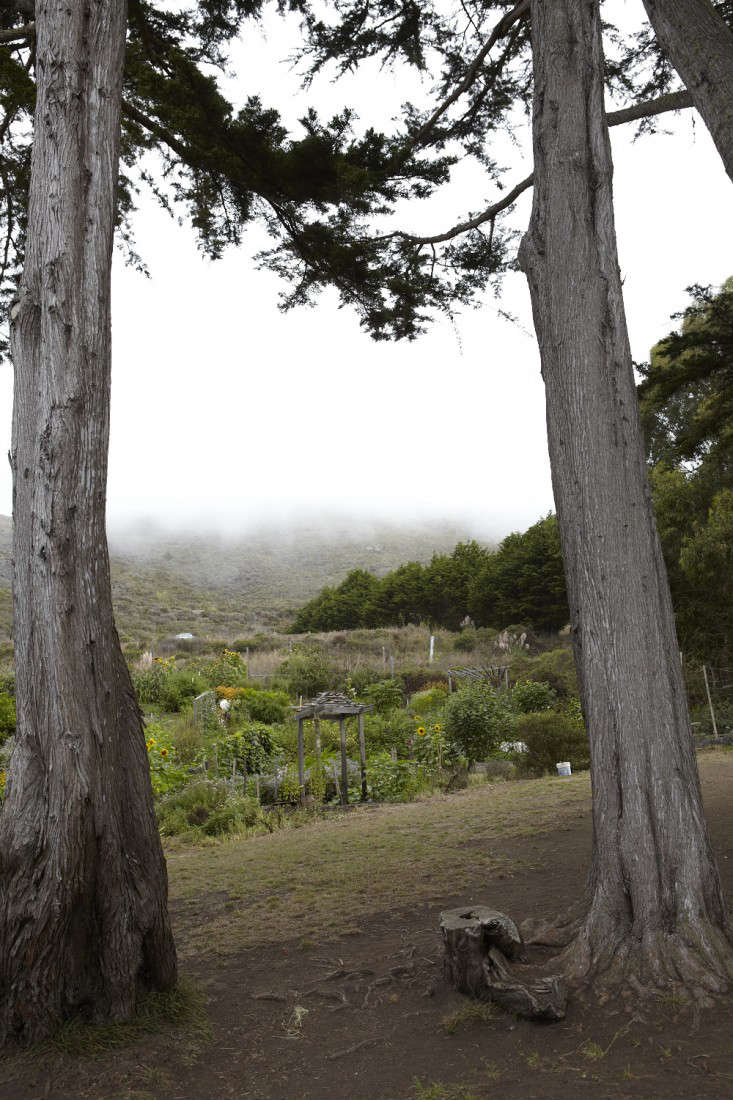 Slide Ranch is a teaching farm on the site of a former 19th century family farm, and it has 8,000 visitors a year–kids mostly, on field trips or at summer camp–who come to work in the garden, collect the chickens’ eggs, feed the ducks, or milk the goats.

It’s hard to picture, but a few decades ago Slide Ranch was a dilapidated wreck and outpost for counterculture outlaws and drifters, owned by an absentee landlord with hopes of selling it to a hotel developer.

Instead, in 1970 a well-known environmental activist name Doug Ferguson, who also helped lead the fight against a planned development that would have destroyed the hilly southern peninsula of land known as the Marin Headlands, bought Slide Ranch and saved it.

For the full story of how the Headlands development plan got squashed, see the documentary Rebels with a Cause (featuring Doug Ferguson). 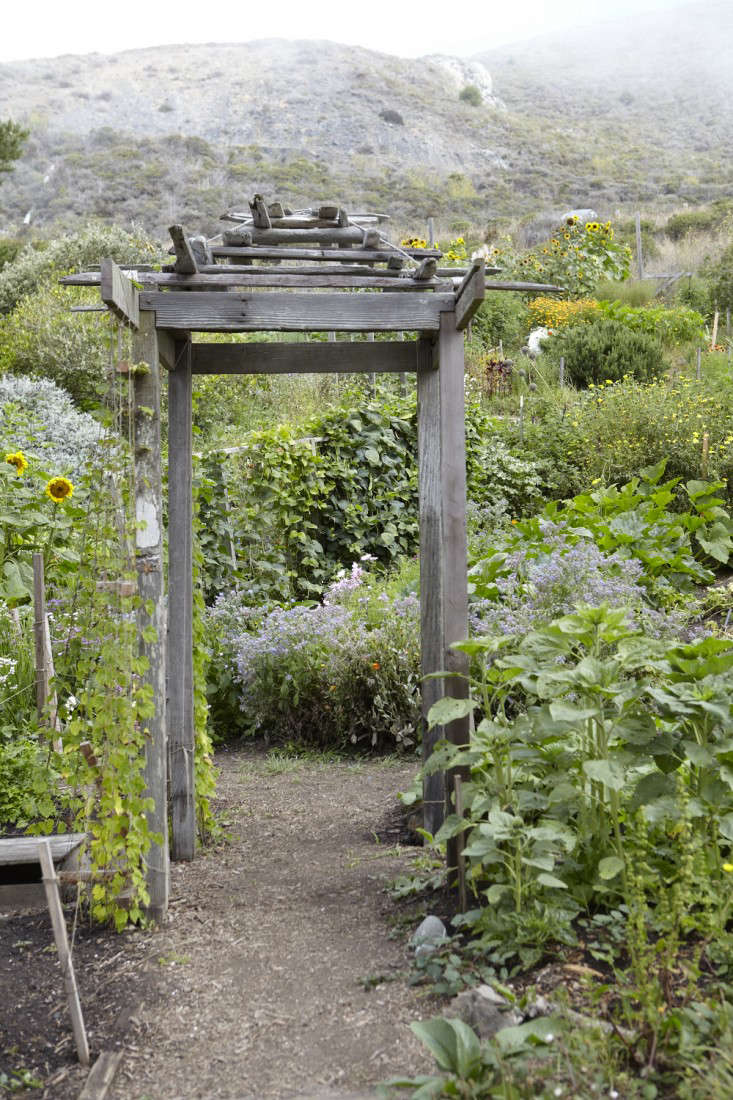 In Slide Ranch’s organic garden, under the care of garden manager Joanna Letz, ornamental and edible varieties are planted together, a feature of the French intensive gardening method to maximize productivity while minimizing irrigation.

Now a part of the Golden Gate National Recreation Area, Slide Ranch is open to the public during daylight hours. Trails crisscross the property and the view of the ocean is grand. 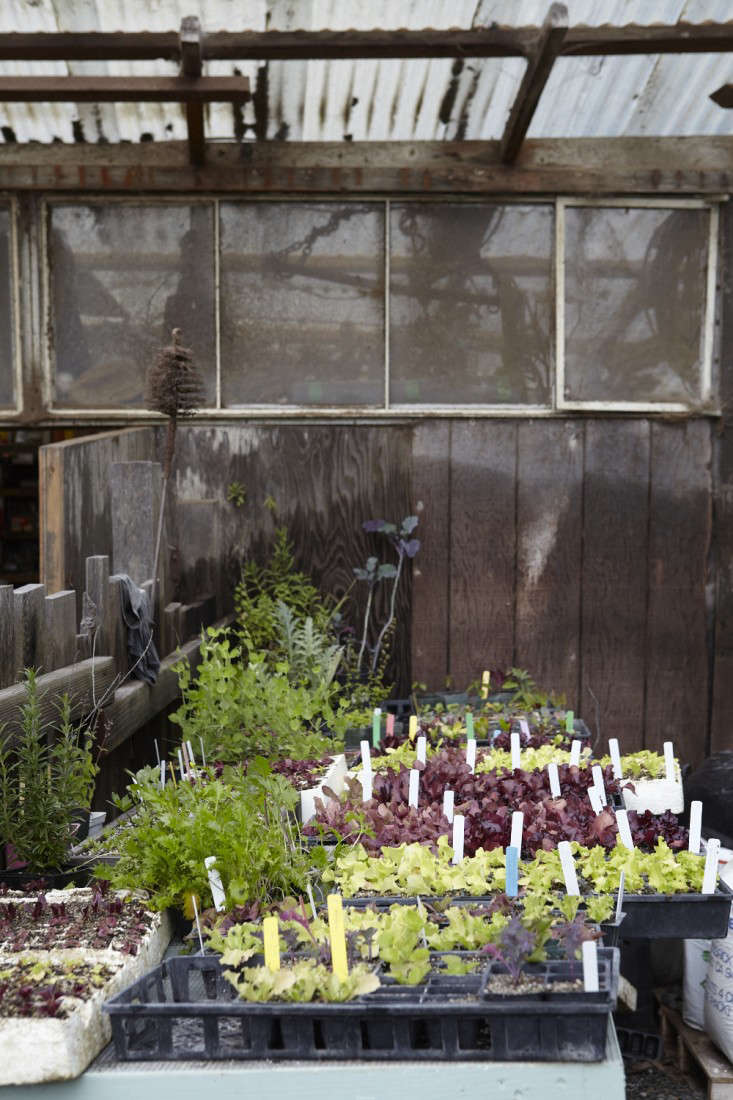 Most of the buildings, including the greenhouse, are built from scraps, including bits of driftwood washed ashore on the beach. Everything is beat up, worn down, and grayed from the salt air. “This is harsh living out here,” says Marika Bergsund, the ranch’s executive director. 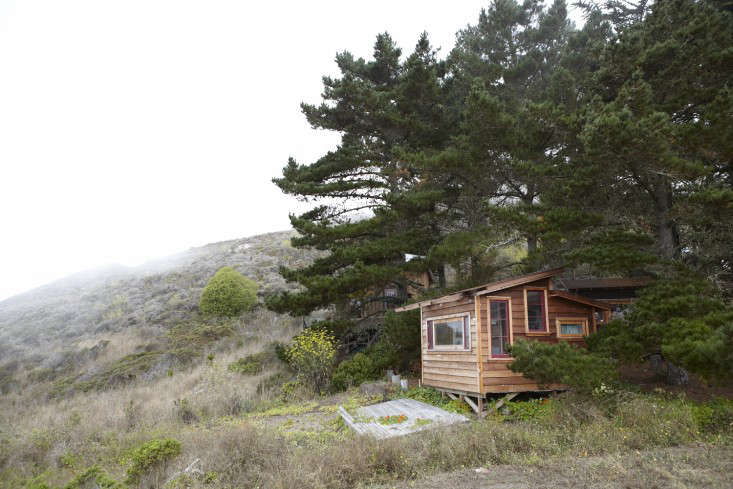 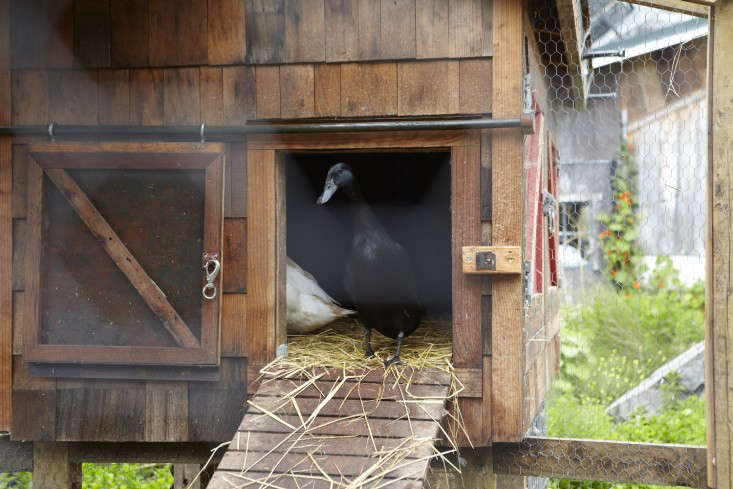 The inhabitants of the Duck Coop (Above), who usually enjoy free-range privileges, are currently on lockdown because a fox has been sighted skulking about. 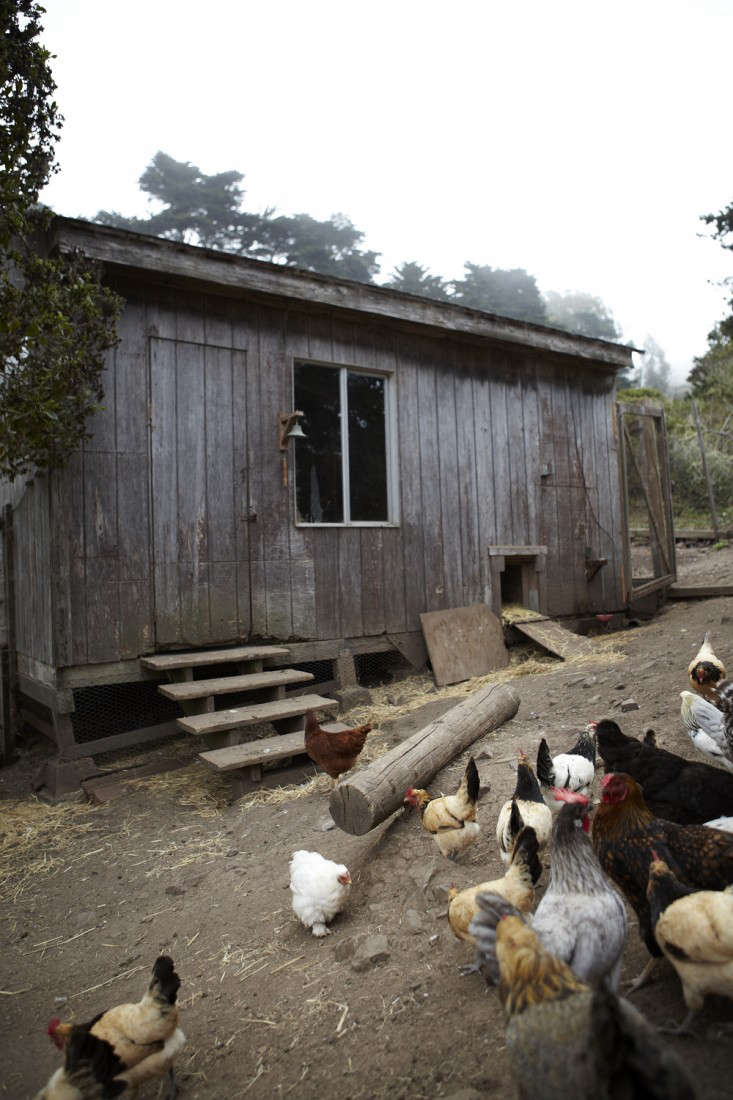 Across the road from the Duck Coop, 40 chickens produce about 16 eggs a day. 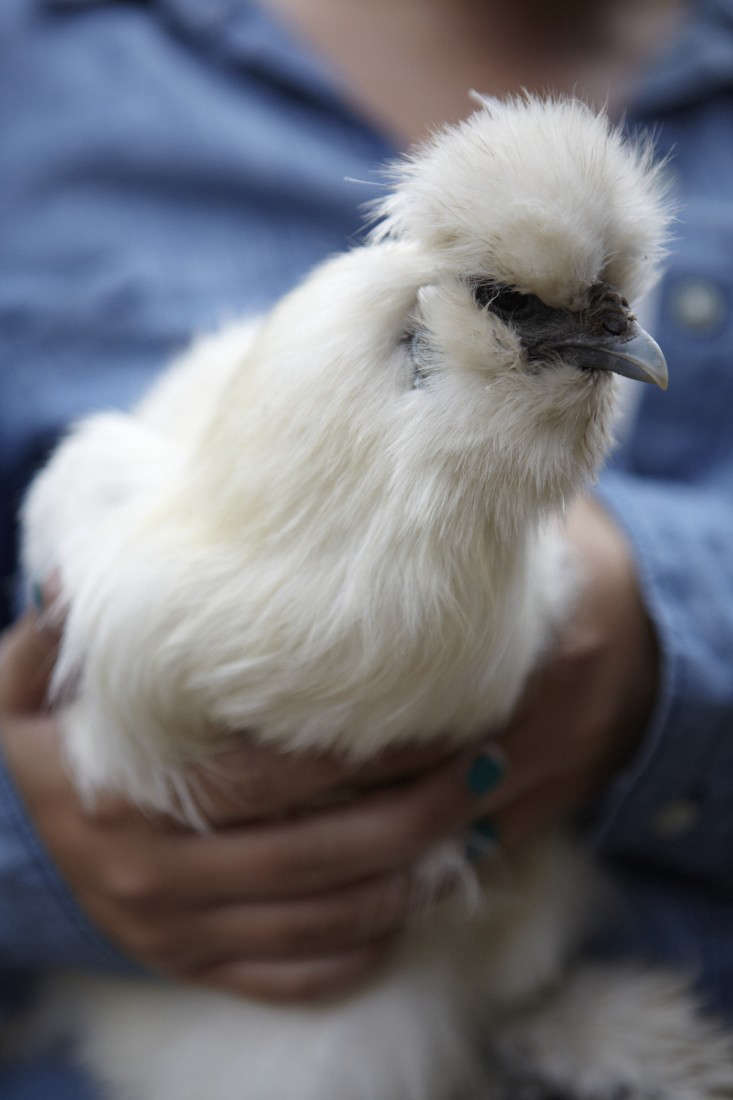 The chickens get their wings clipped to keep them from literally flying the coop into fox territory. 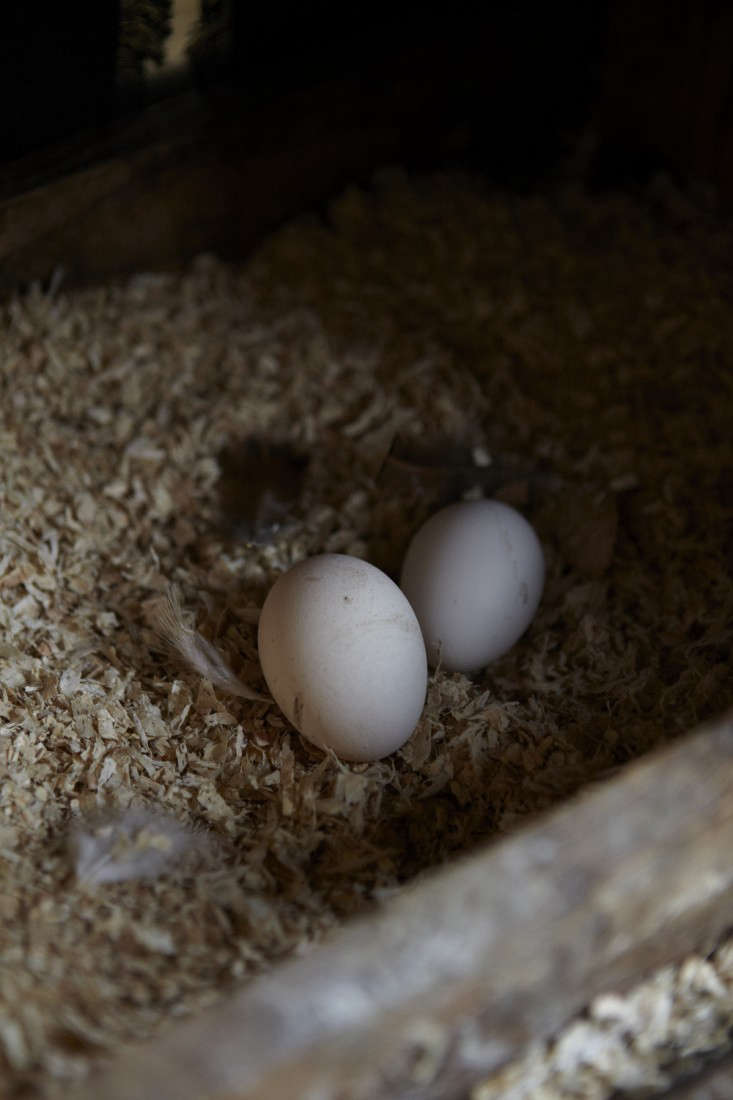 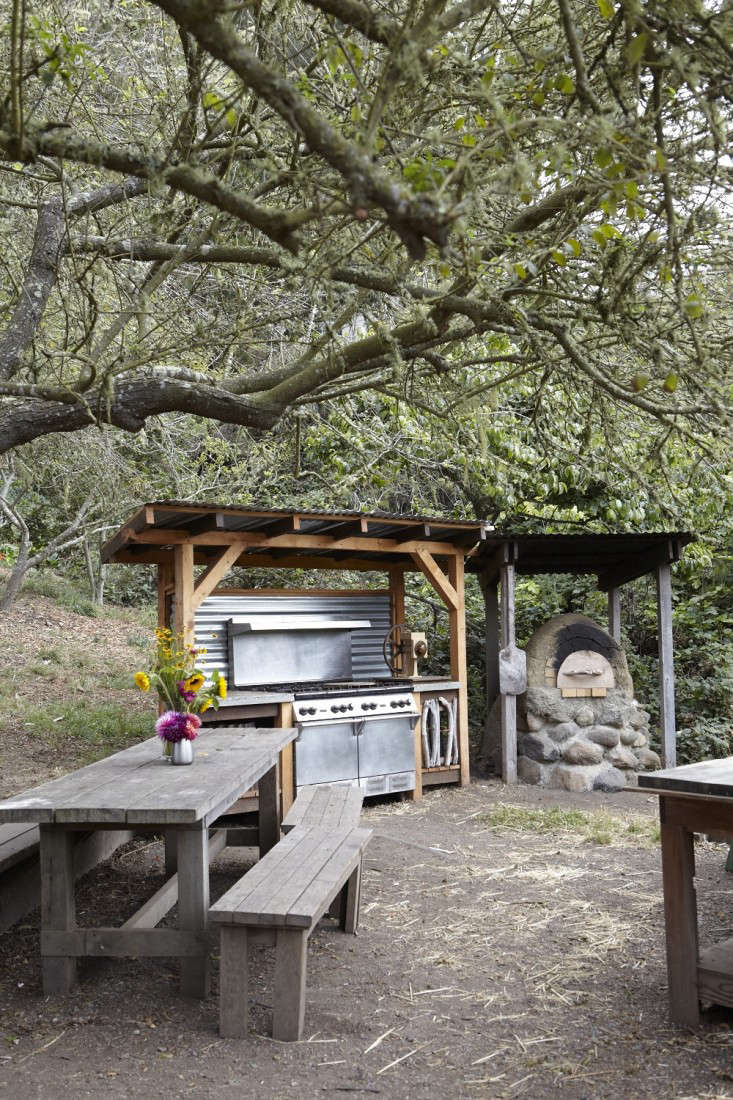 The outdoor kitchen (Above) has a pizza oven; campers and visitors use what’s available–local eggs and the produce from the garden– to make lunch: frittatas, wraps in nasturtium leaves, rhubarb crisps, salads. 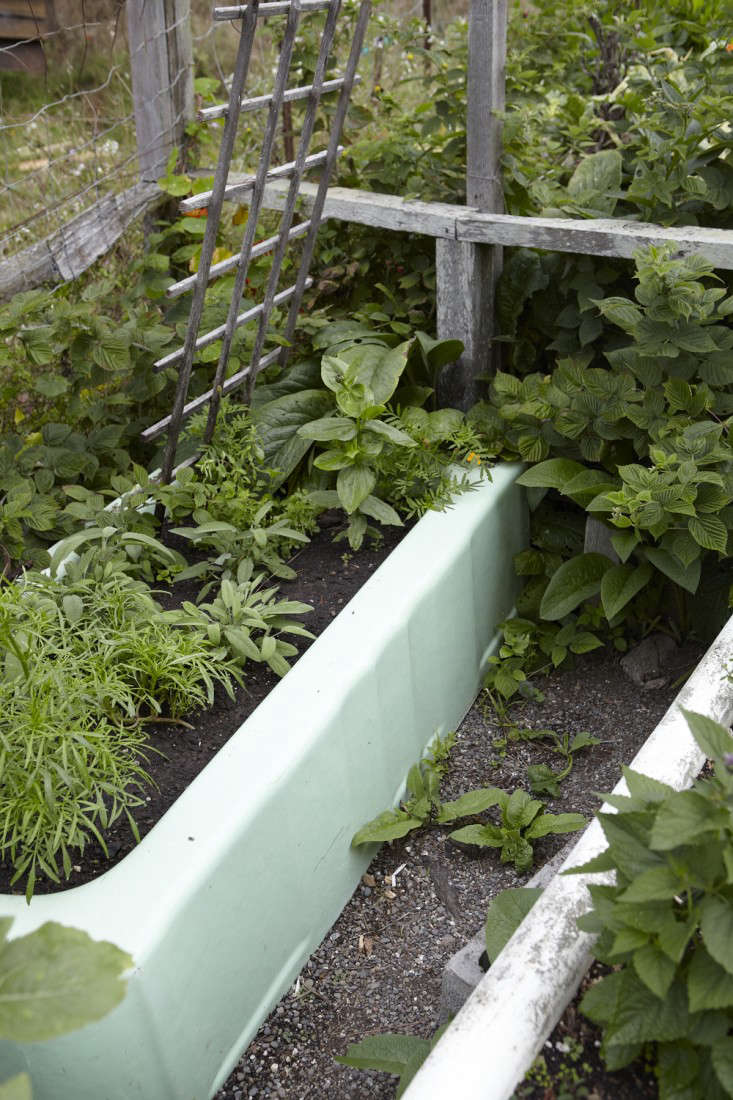 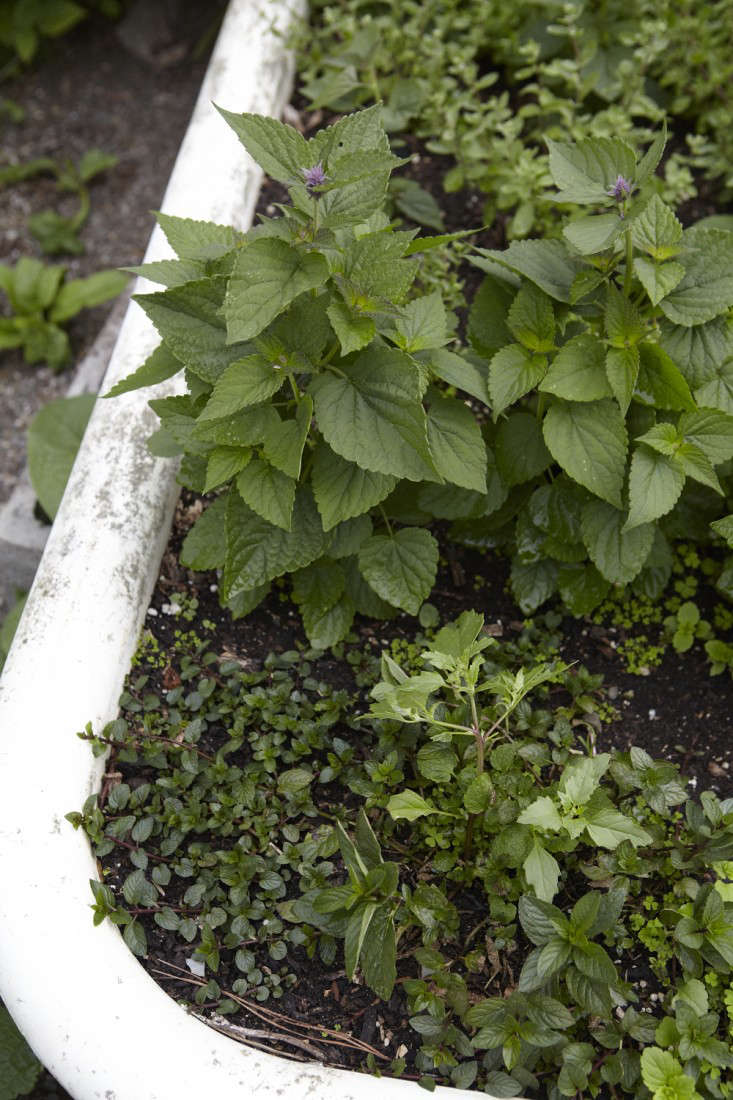 Herbs in a bathtub (Above). “We want to show kids you can grow food anywhere,” says Bergsund. 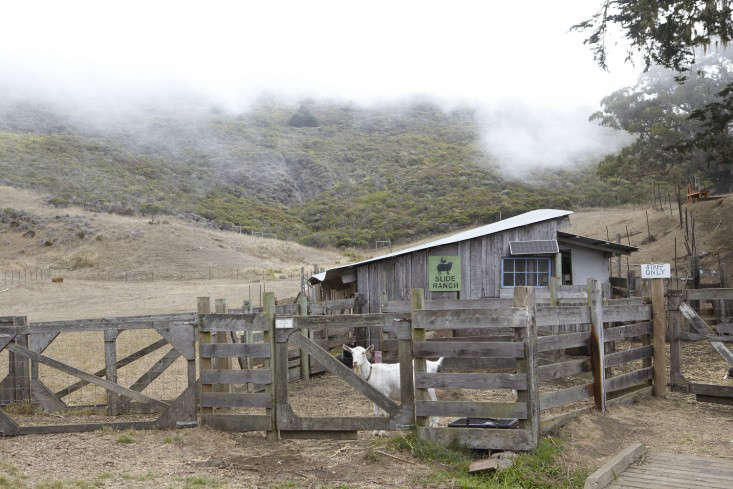 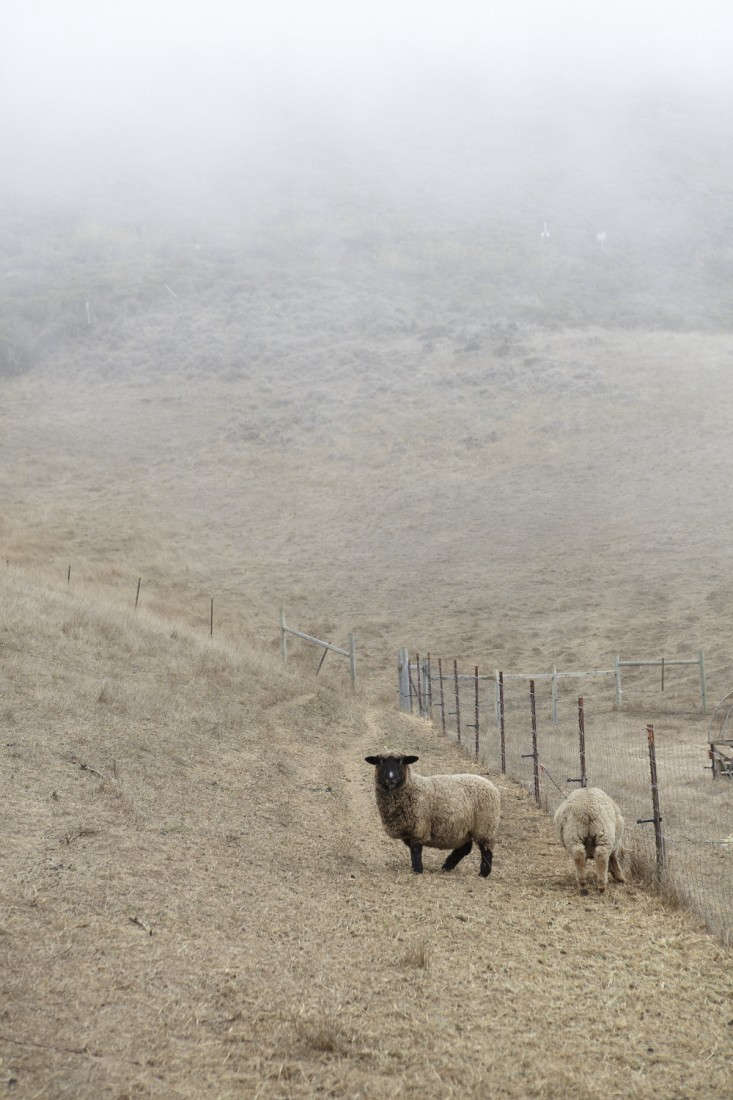 “The weather changes here dramatically in the course of a few hours,” says Bergsund. Early morning fog gives way to sunshine by lunchtime in late summer. 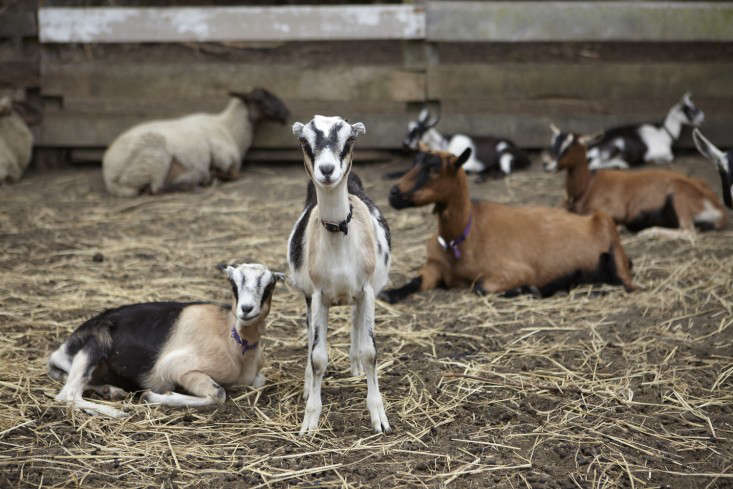 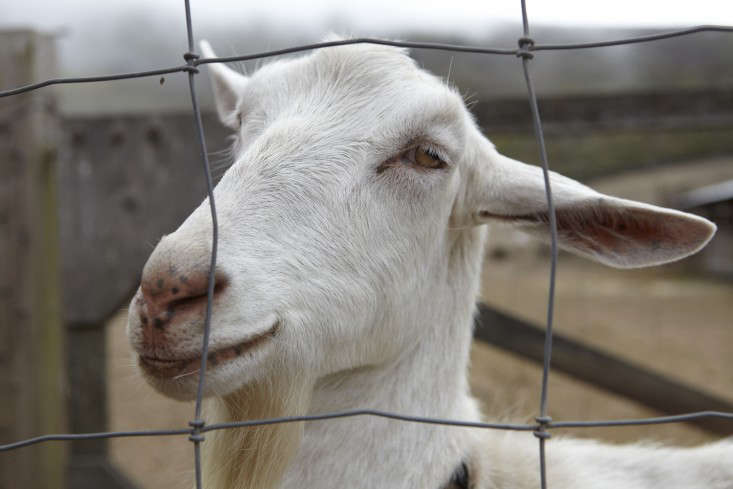 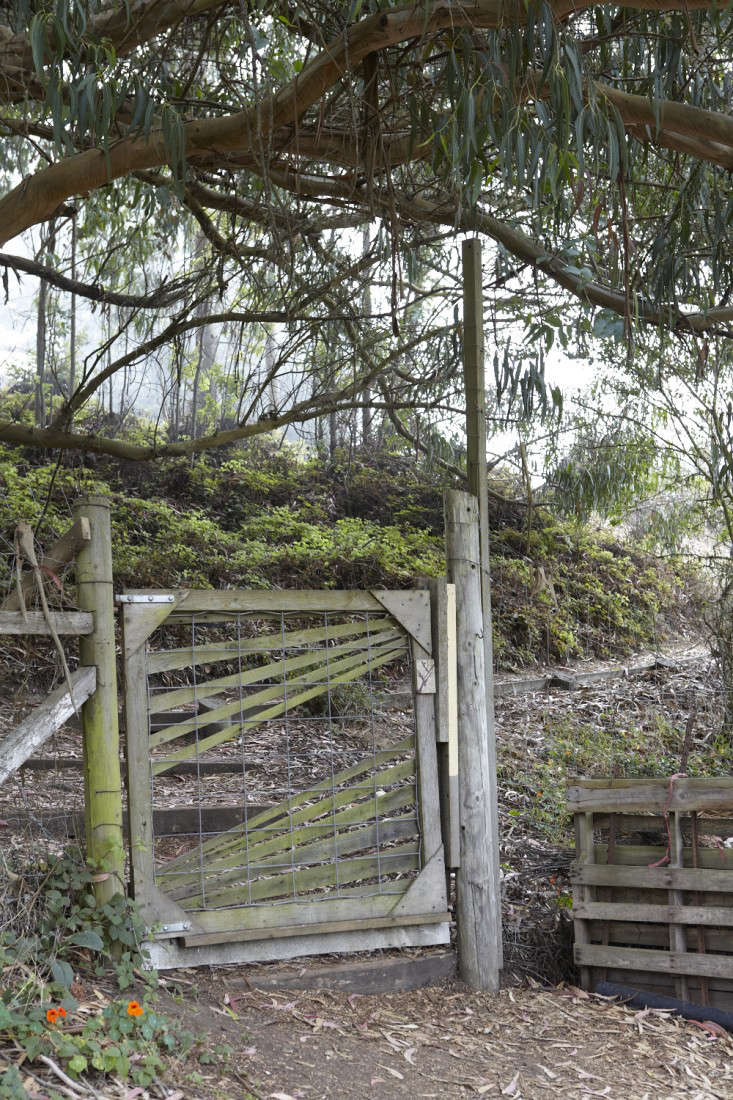