“This building was opened by their Royal Highnesses the Duke and Duchess of Cornwall… who’s that?” I overhear a girl asking her mother, at the Duchy nursery in Prince Charles’ dukedom. In fact it’s not that relevant, since this is a serious destination for pots and beautifully grown local plants. The Prince mainly makes himself known with a cheery portrait by the door. 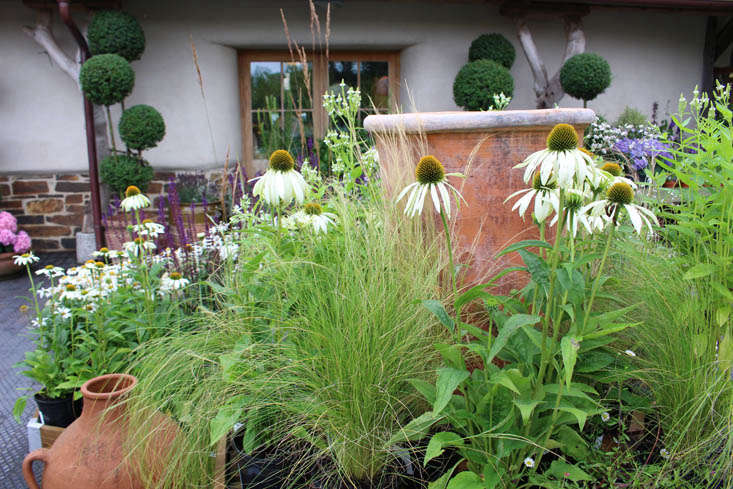 Above: Displays are as finely tuned as art installations at the Duchy Nursery, which has been around since the 1960s. These days, gardeners have more money but less time, so plants need to be easy to find. They are arranged alphabetically for people who know what they want, or in inspirational groupings (for shade, wind, full sun, etc.). 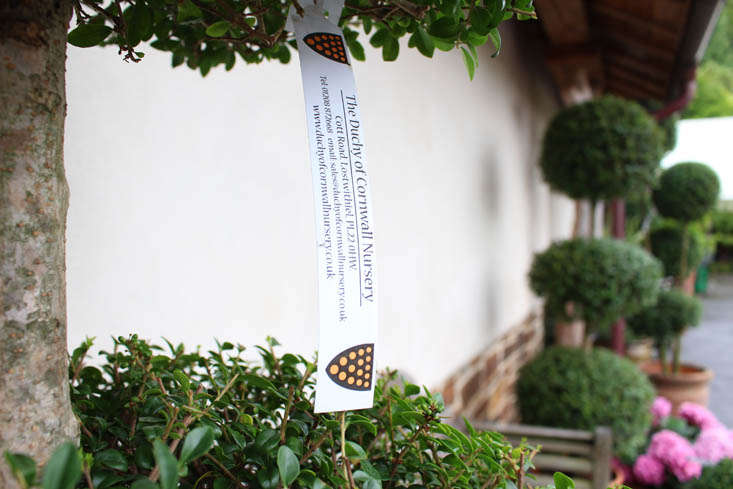 Above: The Duchy of Cornwall was created to give an income to the heir to the throne in 1337. The first Duke was also known as the Black Prince; this may have had more to do with his heraldic colors than his character.

Since the current Duke (aka Prince Charles) set up the organic food company Duchy Originals, it is a given that the food in the nursery restaurant will be wholesome. Since it was pouring during my first visit we spent most of the time happily eating. The restaurant is a destination in itself, with views over the Duchy acreage. 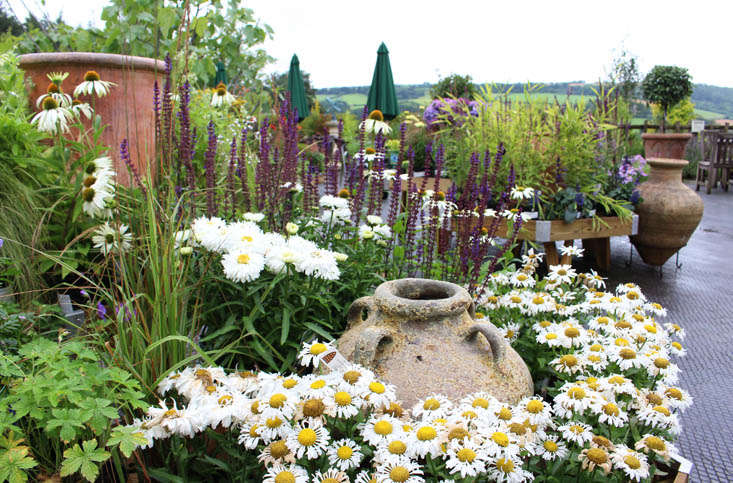 Above: Trend alert—there are many eye-catching pots at the Duchy Nursery. They are generally empty, a focus for the sophisticated displays. 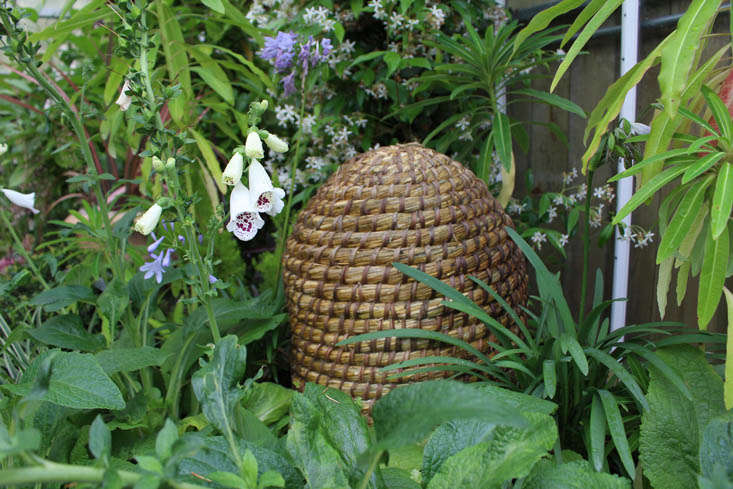 Above: An old bee skep in a cottage garden setting.

“When you look at Cornish gardens it’s really about the 19th and early 20th centuries,” says Alasdair Moore, Horticultural Manager at the Duchy Nursery. The great plant hunters brought their discoveries back from around the world, which were able to thrive in the mild maritime climate. “There are many plants in common here, yet there’s a frightening diversity in landscape between, say Bodmin Moor and St Mawes.” 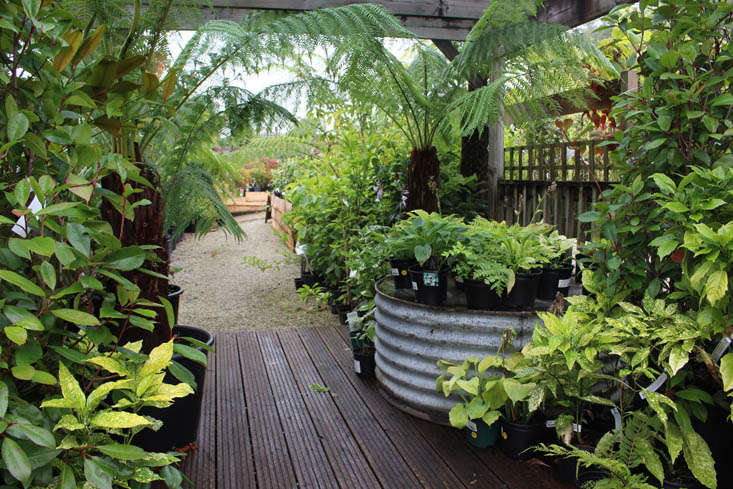 Above: The nursery is able to reap rewards from the legacy of the plant hunters; tree ferns are one example. Recently diverted from a private estate over the Helford River, these specimens are descendants from a shipment of 100 tree ferns from New Zealand, which family forebears imported in the 1890s. Alasdair and a member of his team carried out some horticultural thinning, to the benefit of both parties, since there are seedlings “popping up all over the place.” There is barely a carbon footprint. “They are imported from Helford.” 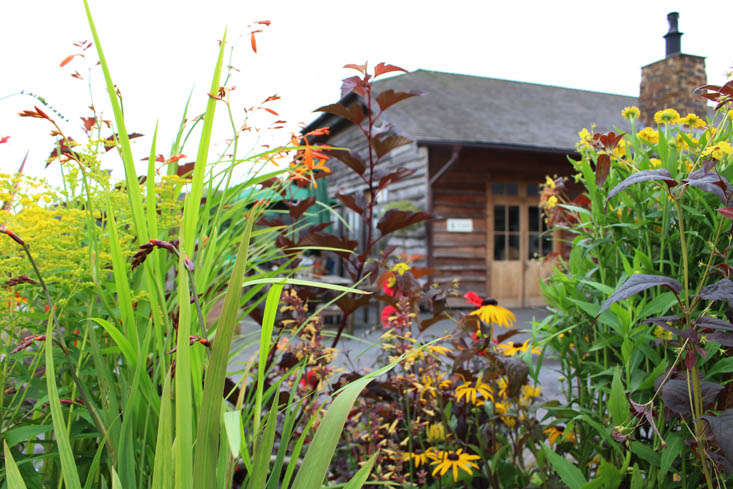 Above: Originally, the nursery supplied trees to the Duchy of Cornwall’s forestry concerns but in the 1970s, local legend Eric Baker turned it into “the most extraordinary plant nursery in the county.”

The nursery has evolved, and is not in the business of plant production anymore: “We are no longer competing with local growers but supporting them,” says Alasdair. “We’ve got some wonderful growers, with amazing knowledge. There’s a commercial trust and openness.” 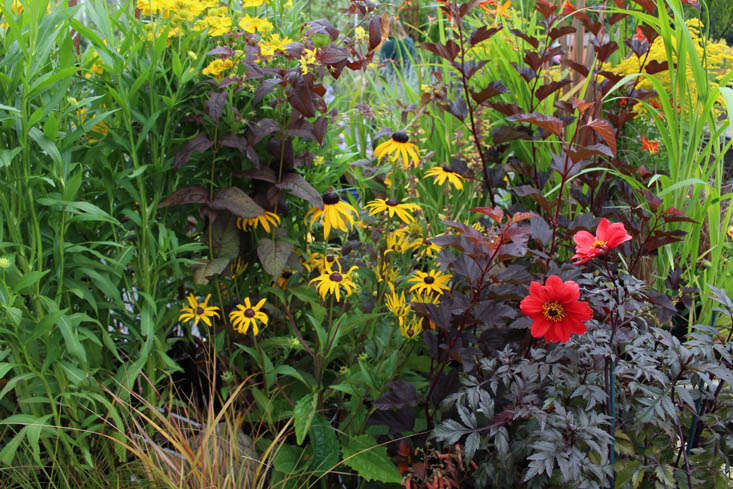 Above: A slice of a late summer garden, featuring rudbeckias and dahlias. 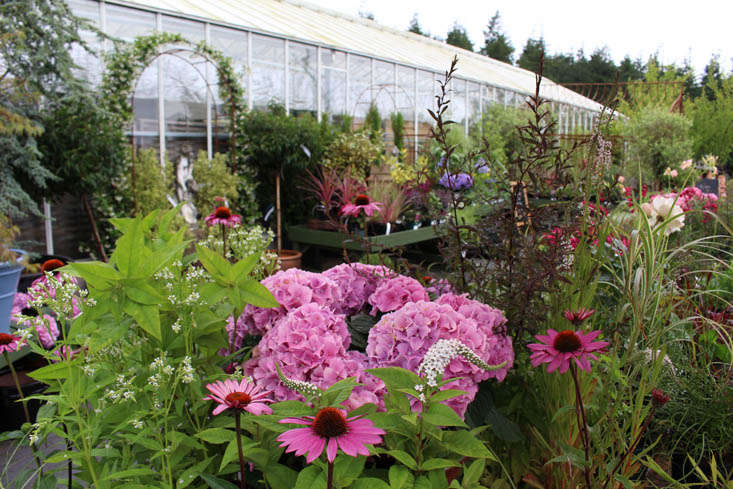 Above: Or maybe you’d like your summer to be pink and fluffy, with hydrangeas and echinaceas.

People are more interested in using plants in a practical way now, says Alasdair. Instead of a connoisseurial approach to a particular type of plant, they want varieties for cutting, or eating. 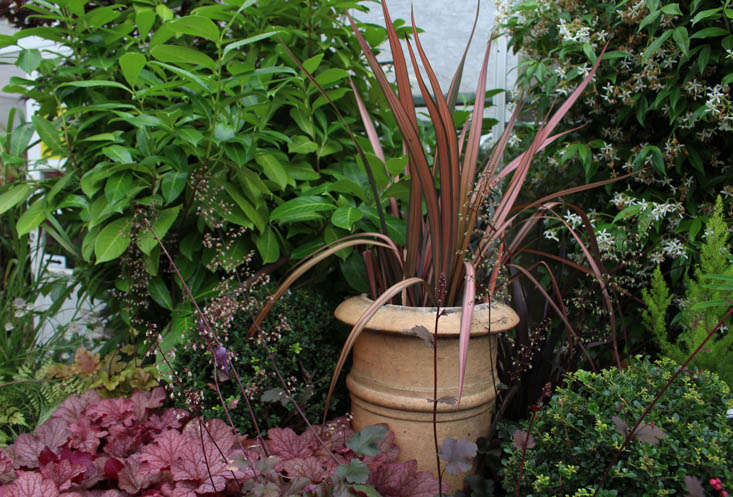 Above: “We try to source as much as possible from Cornwall, Devon and the southwest,” says Alasdair. “Cornwall has something a bit special in terms of variety, and plants, and gardens per square inch.” 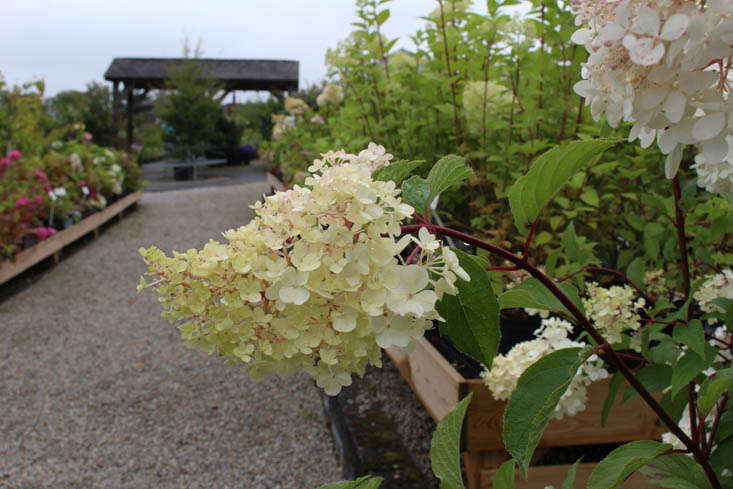 Above: In a county festooned with hydrangeas, some of the more interesting varieties are collected here, including H. paniculata ‘Vanille Fraise’. 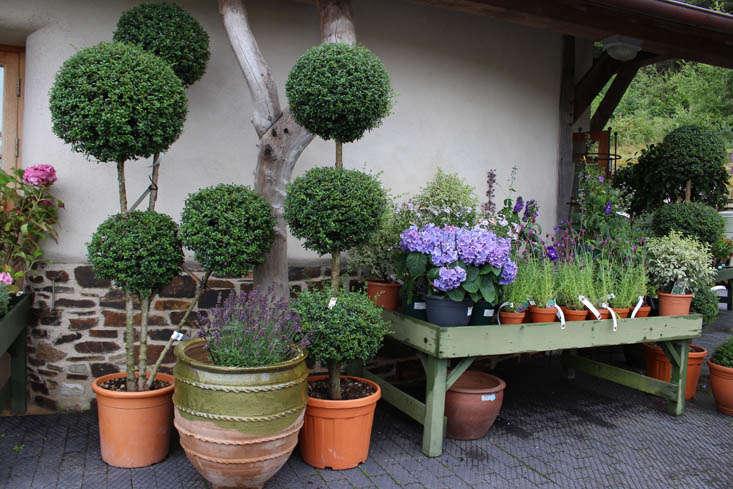 Above: Pots of ordinary lavender or large, specialist-pruned box, the Duchy Nursery is surprisingly good value. 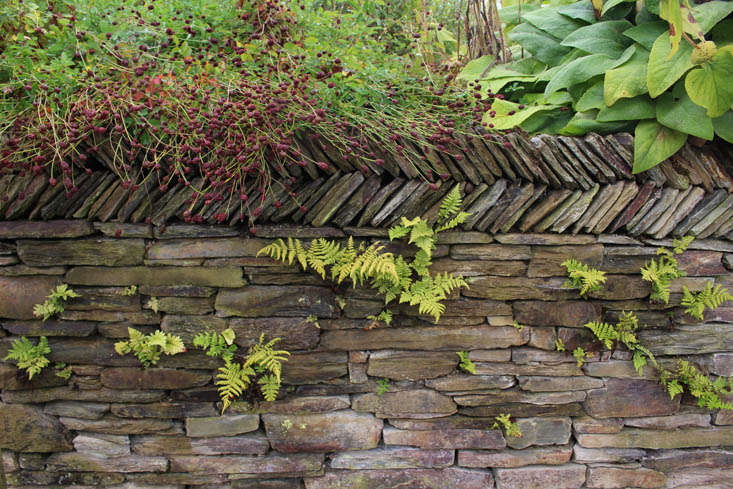 Above: The Duchy car park is encircled by Cornish hedges. These are dry stone walls packed with soil and traditionally overlaid with turf. Characterizing the steep-edged lanes around the county, they give good wind resistance while supporting a diversity of plants and wildlife. This one is topped with stone laid in ‘cursy-wavy’ fashion.

For more of our favorite sources for plants and seeds in the UK, see:

On the Market: A Modern Walled Garden (Moat Included) for $2.6M in Devon