Almost a decade ago, when Californian David Keleel bought a forlorn, dilapidated site close to the Suffolk coast beside the county’s busiest road and sandwiched between a gaudy petrol station and the local village level crossing, it was, arguably, the most unlikely spot to build a rural oasis.

But after mind-boggling planning wrangles (at one point local officials suggested that garden designer Keleel may have to widen an entire stretch of the main road) he finally realized his dream of creating Darsham Nurseries, a destination that would be as beautiful as it was functional. A plant nursery was joined by a store, café, and potager in 2014, and Darsham has become one of the gems of this stretch of East Anglia. We take a tour with its charismatic mastermind.

Photography by Kevin Foord for Gardenista except where noted. 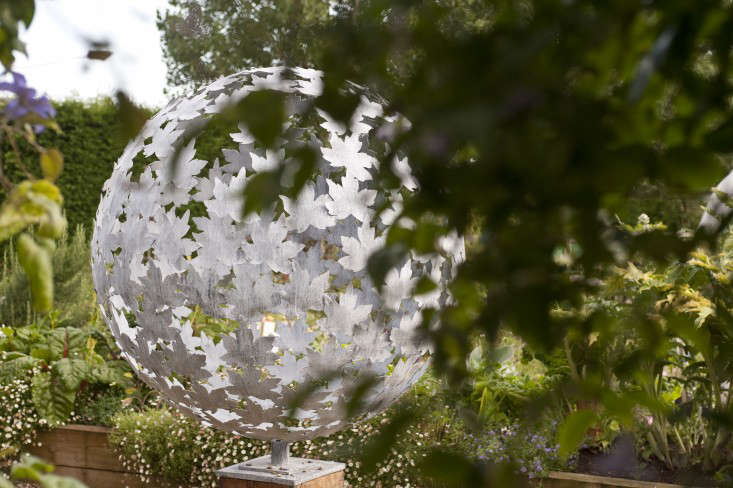 Above: A spherical sculpture greets visitors in the entry courtyard.

Keleel was originally a bassoonist in his native California but a hand injury prompted a swift career switch to garden design. In the late 90s he took a break from design to work with Ron and Chris Mickelsen at Half Moon Bay Nurseries before moving to London in 2001 and enrolling in a year long course in garden design at The English Gardening School. His search for a site to start his own nursery was wide but as an American, he says, it was unfettered by any geographical prejudice. The Mickelsens meanwhile have remained firm friends: “They have been unfailingly supportive and they are the inspiration behind almost everything I do here.” 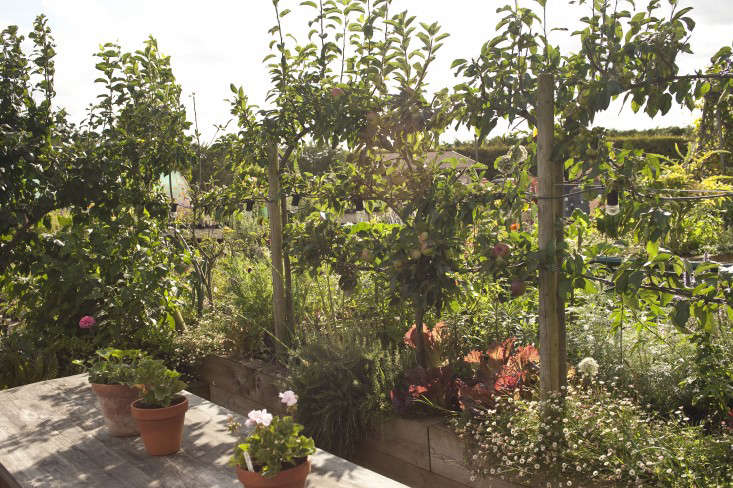 Above: Here, long tables in a secluded dining area off the café are surrounded by raised beds. A succession of colorful perennials, bulbs, vegetables, and espaliered fruit trees provide interest throughout the seasons. Festoon lighting illuminates the space in the evening. 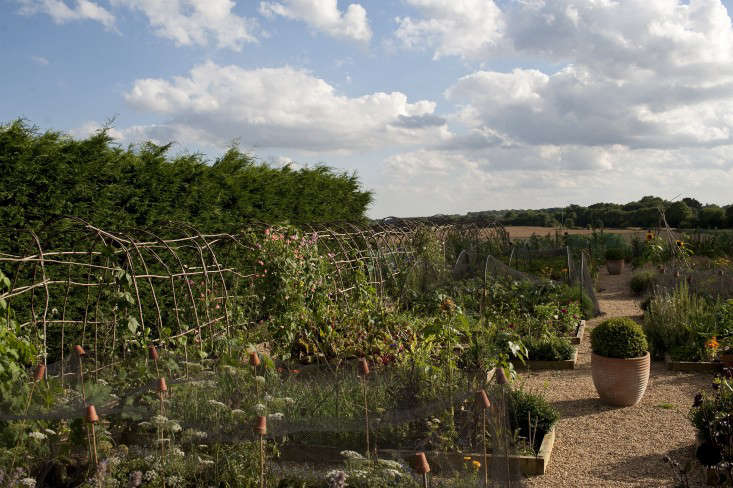 Above: The formal potager also uses raised beds to combat the very heavy clay soil, and the focus is firmly on supplying the café with a succession of fruit and vegetables. A new hazel arch runs the length of the space and supports peas, beans and sweet peas. 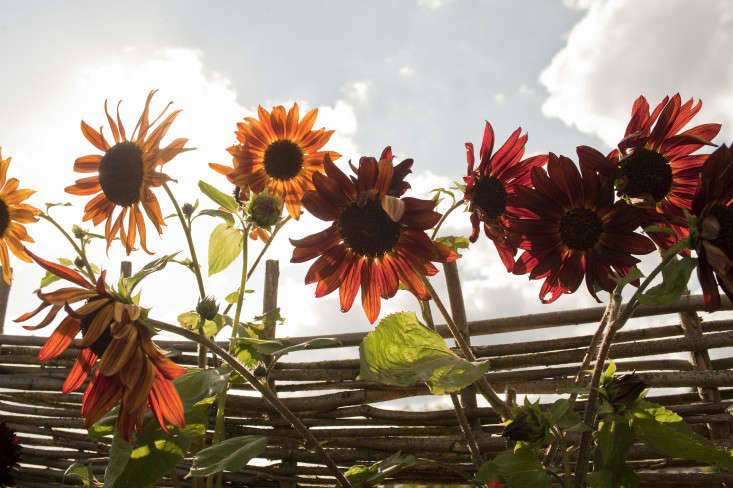 Above: Hazel hurdles are used as naturalistic screens between different areas of the nursery. 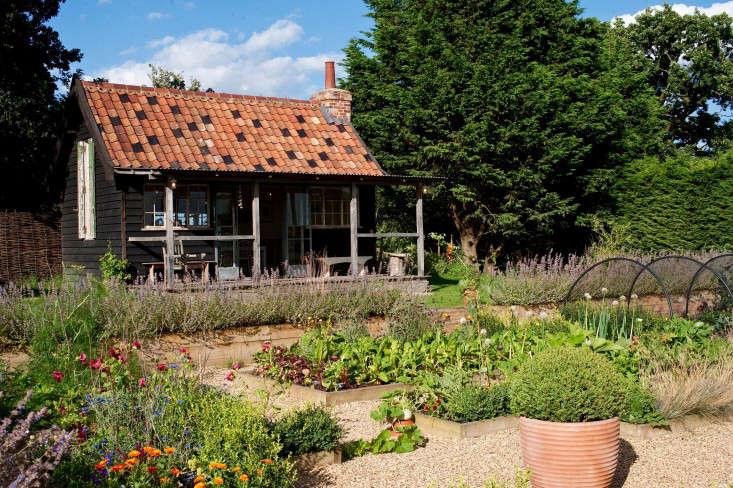 Above: The summerhouse was constructed entirely from reclaimed materials including doors and windows, an antique fireplace, old rectory flooring, clay pantiles and a barn board deck outside. The walls have been beautifully finished with a traditional lime plaster using goat hair. 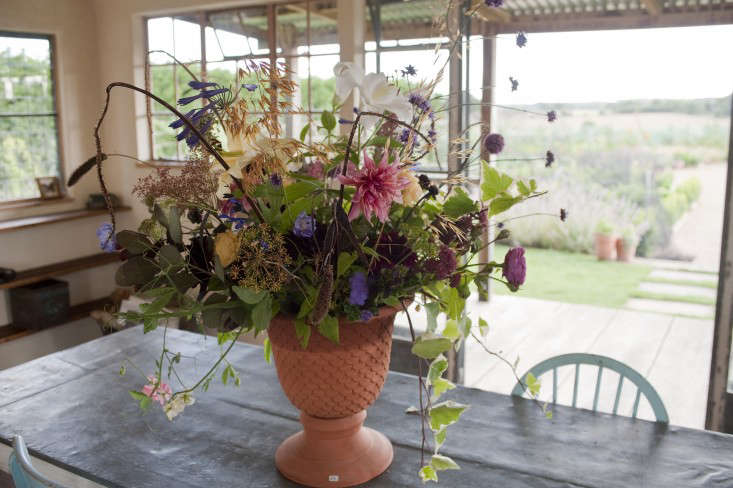 Above: In the summerhouse a zinc-top table is used for private dining and events and looks directly out to the potager and the fields beyond. 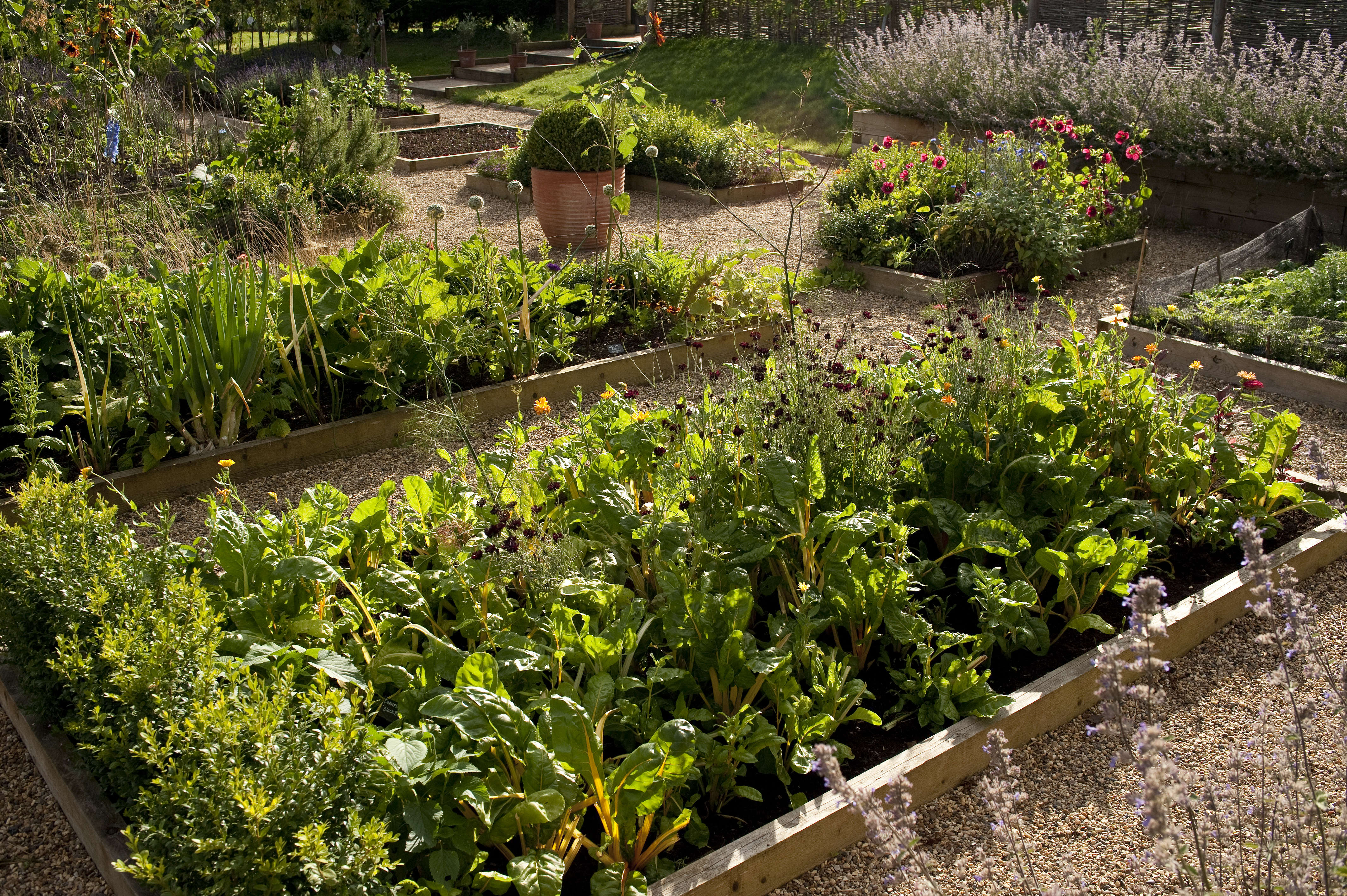 Above: Raised beds filled with summer flowers and edible plants. 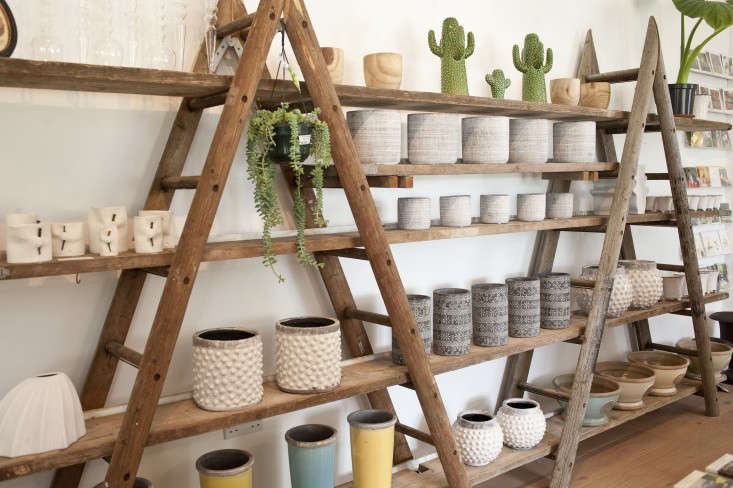 Above: The shop at the entrance to the café is packed with highly desirable goods from gardening books to beautifully made tools. A trestle stand is filled with cement pots and cacti vases by the Belgian firm Senax. (From £9) 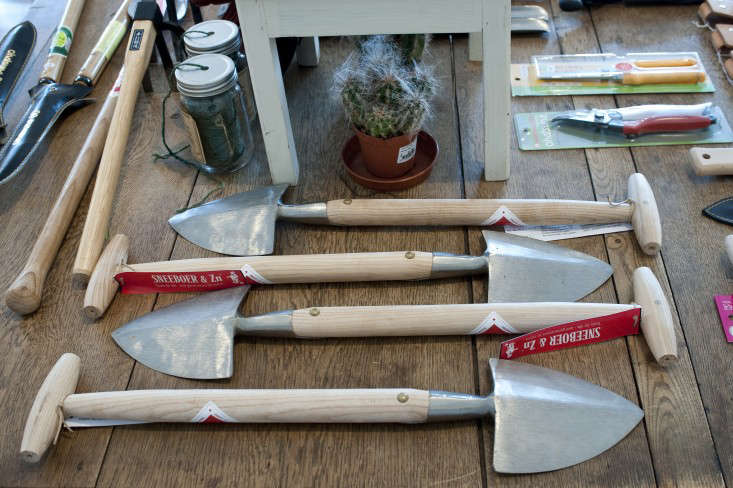 Above: The brilliantly designed Sneeboer kneeling spade (£72) was created on the suggestion of Christopher Lloyd. It’s not cheap but might just make border digging a little more enjoyable. 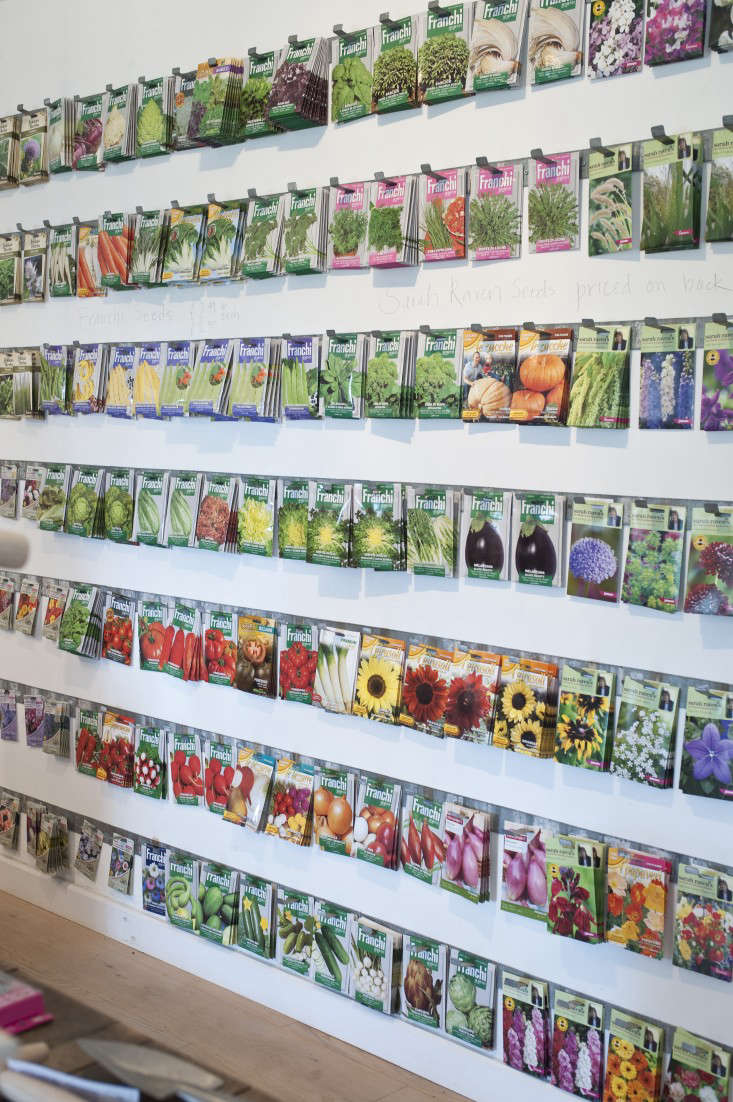 Above: A redundant wall in a narrow space has been transformed into the perfect seed display zone by repurposing and recutting old aluminum to create strips of seed packet holders. 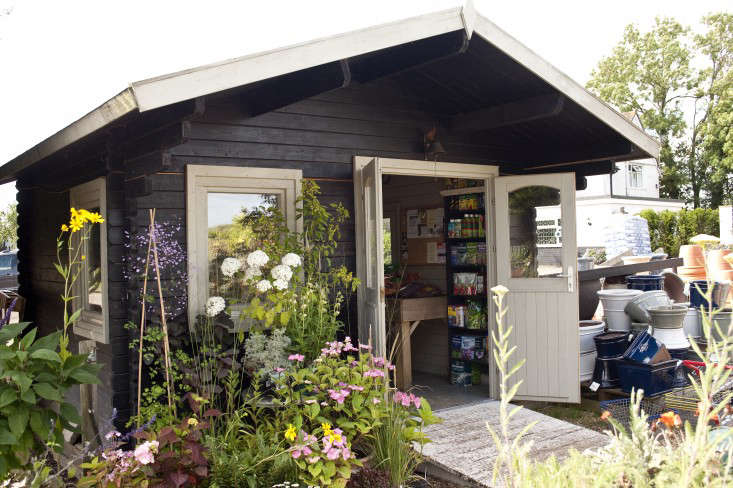 Above: An early gardening accident with some zinnias taught David one of his most valuable design lessons—don’t be too obsessive about “good” taste. At Darsham there are zingy hues everywhere, from the multi-colored floor in the café to the chicken coops and Adirondack chairs that are painted in all colors of the rainbow. 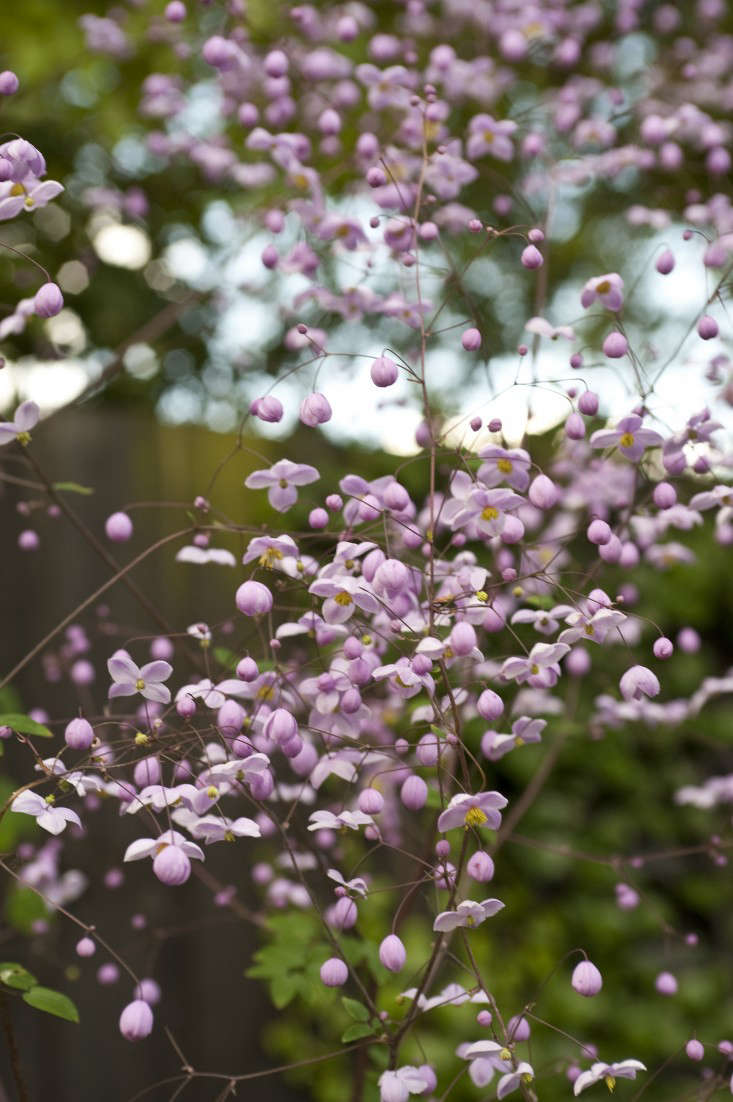 Above: Thalictrum Splendide thrives in a shady, enclosed spot. 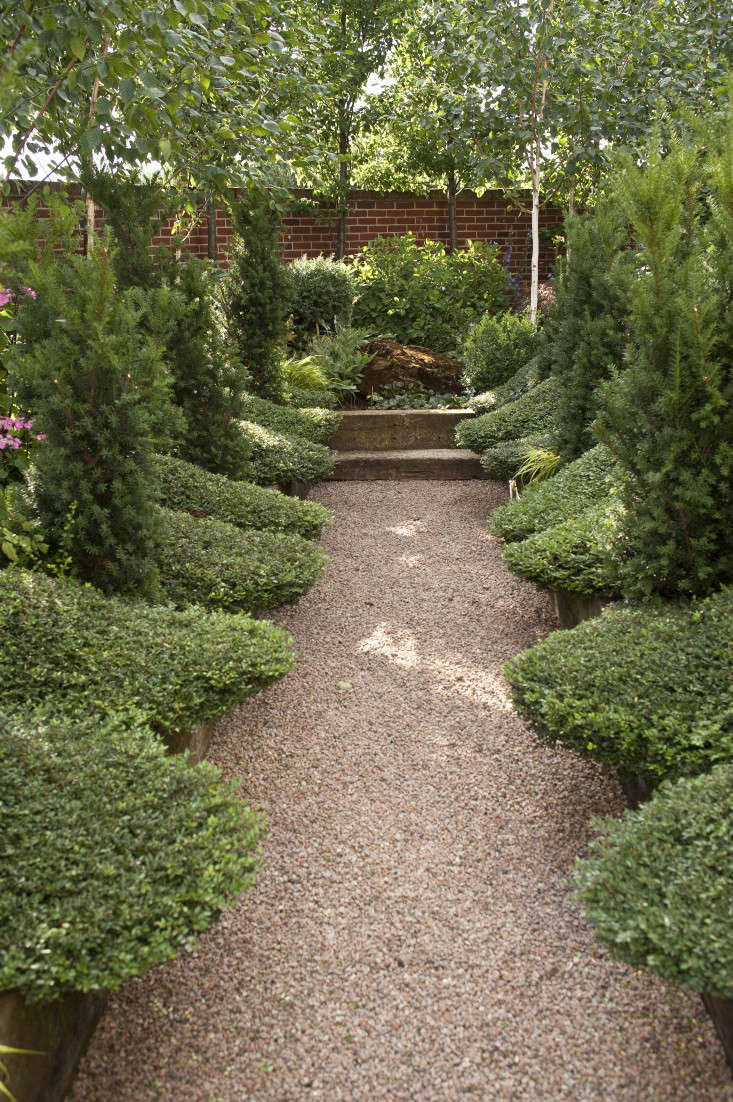 Above: The gardens around David’s house are all designed to provide stunning views from the windows. Here a beautiful moss covered hulk of stone, bought locally, is framed with the Lick Walk— a parallel line of clipped Lonicera pileata “tongues.” 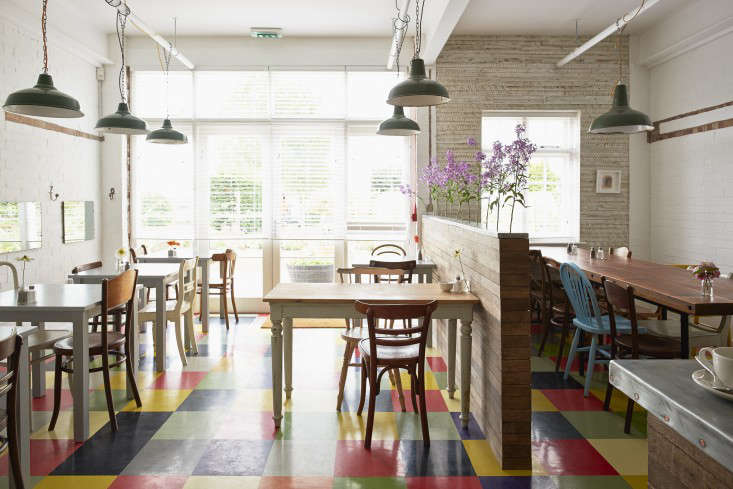 Above: The award-winning café transforms the abundant produce grown on site into piquant, Middle Eastern inflected dishes whilst also giving a nod to the excellent local producers that abound here, including Pump Street bakery and delicious Blythburgh pork. This summer a sell out series of weekend feasts has proved a huge hit. 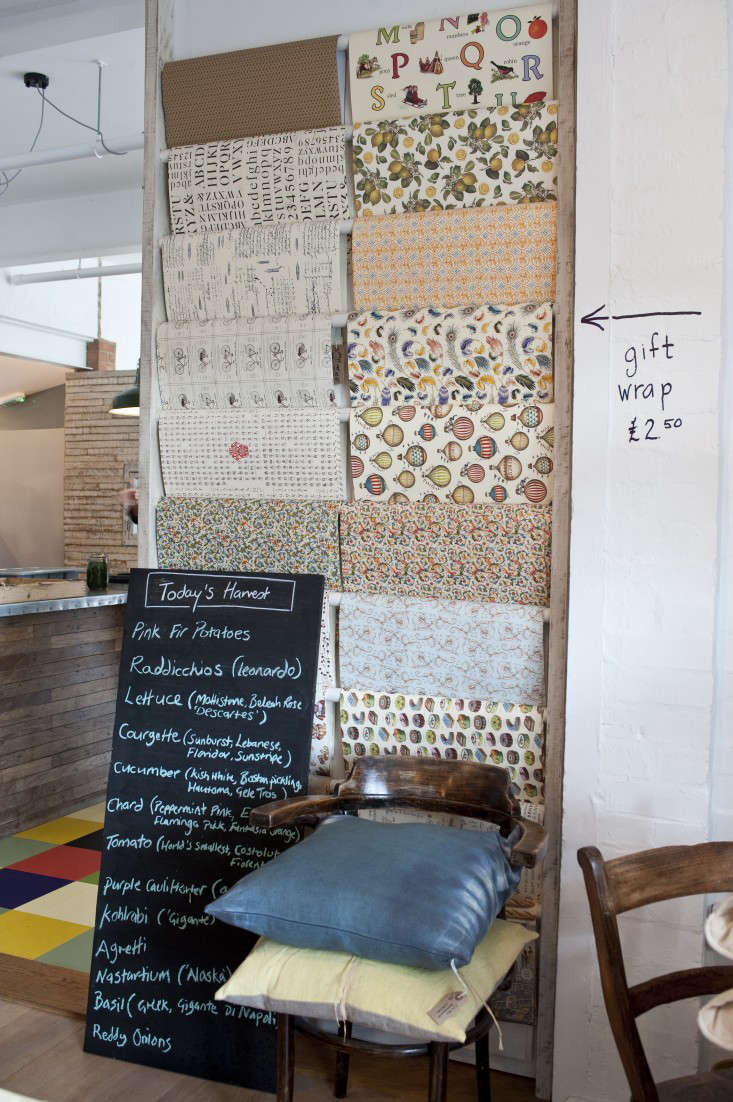 Above: For opening times and an online store, see Darsham Nurseries.

Trending on Remodelista: Next Summer's Trends