Tamar Sahakian, the owner of Searoon Succulents, was a crafty child, always making things or gardening with her dad. But when it came to choosing a career she went in another direction, becoming a special education teacher for young children. Things changed on a trip to the rugged woods at Salt Point, on the Northern California coast. Sahakian found herself marveling at the succulents that thrived on the rocky cliffs. When she spotted a big log with a natural crevice in it, she got the idea of pairing the two. 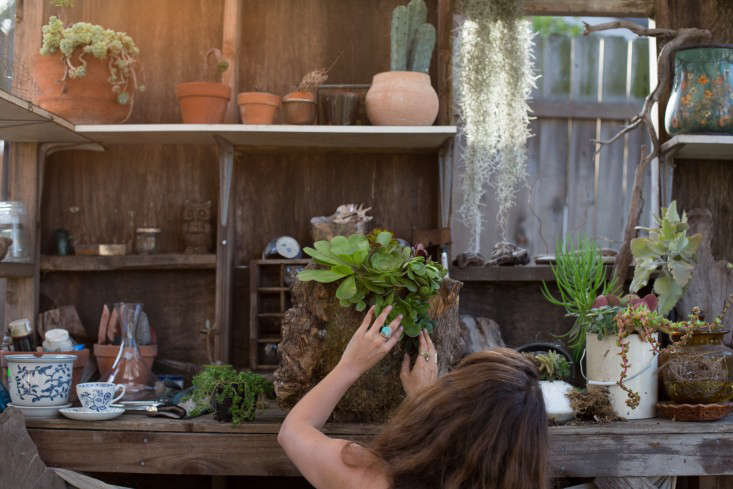 Above: Back home in Santa Barbara, Sahakian began creating signature botanical art objects: chunks of tree trunks that appear to have burst open to reveal hidden troves of succulents such as echevaria, crassula, and sempervivum. Eventually she converted her landlord’s old treehouse into a studio. 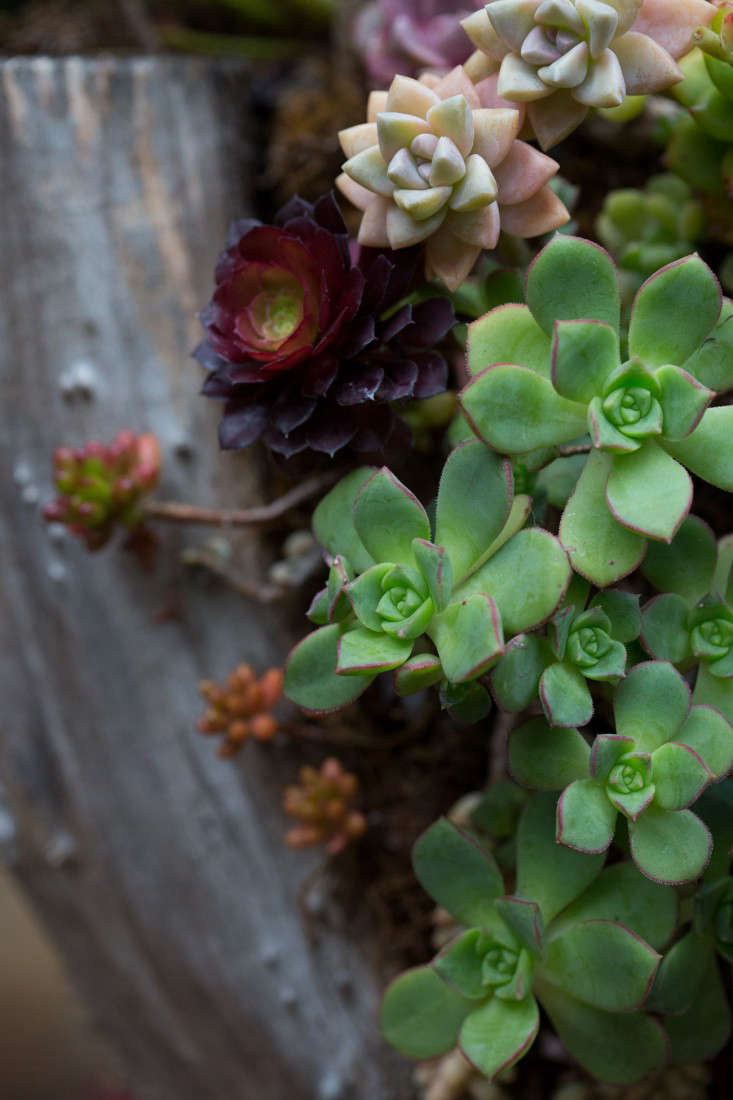 Above: What started as a hobby quickly attracted the attention of friends and colleagues, who began ordering the unusual pieces. Two years ago Sahakian started selling her work through word of mouth and in a local nursery. And recently, she left full-time teaching and moved to San Francisco to establish an online business, Searoon Succulents. “I never thought this could be a career,” she says of the changes going on in her life. 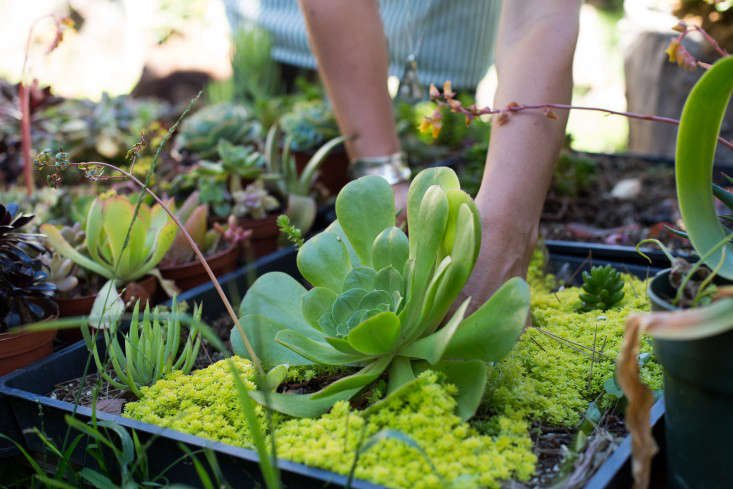 Above: Although Sahakian claims not to have a green thumb, she propagates many of the plants she uses. Others she buys from a local supplier. 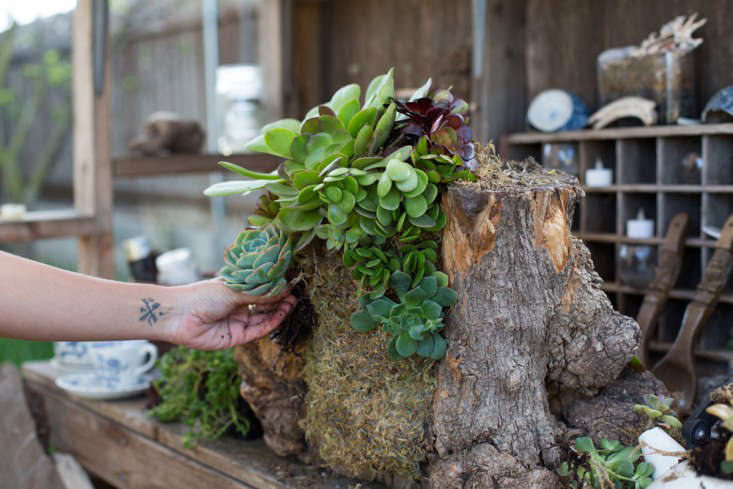 Above: Sahakian regularly makes foraging trips into the woods, looking for logs that are in some state of decomposition. She also combs the streets for the remains of trees the city has cut down. 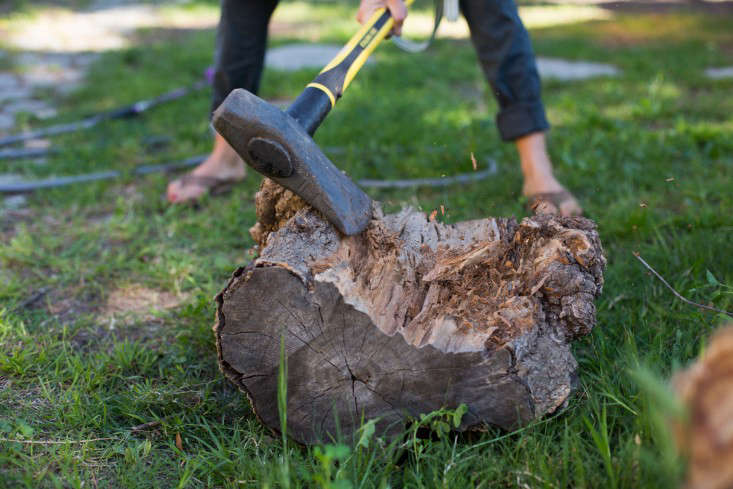 Above: The charm of Sahakian’s work is that the succulents seem to have grown where they are. She gets that natural look by using the existing indentations in the wood, but occasionally she has to enlarge a hole or change its shape. 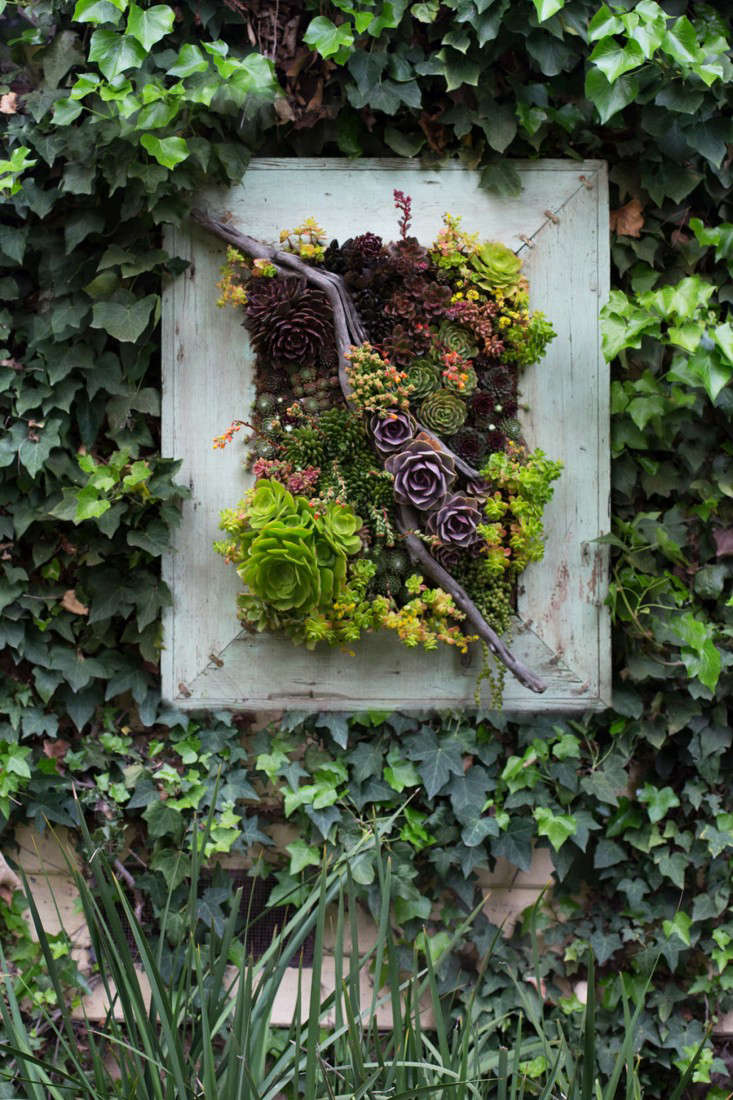 Above: Sahakian says she’s still getting used to the idea that people are willing to pay her for work she loves to do. This piece of framed succulents recently sold for $450. 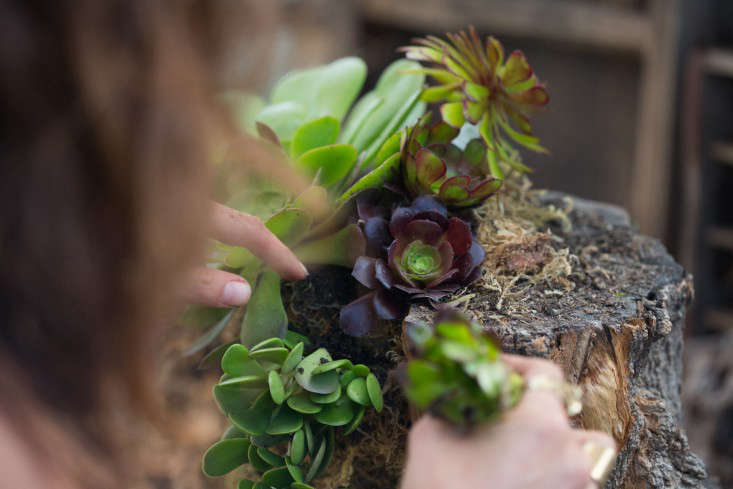 Above: Her new website shows pre-made items, but Sahakian hopes most of the business will come from custom pieces, commissioned by clients who want something green and living that requires only minimal care. 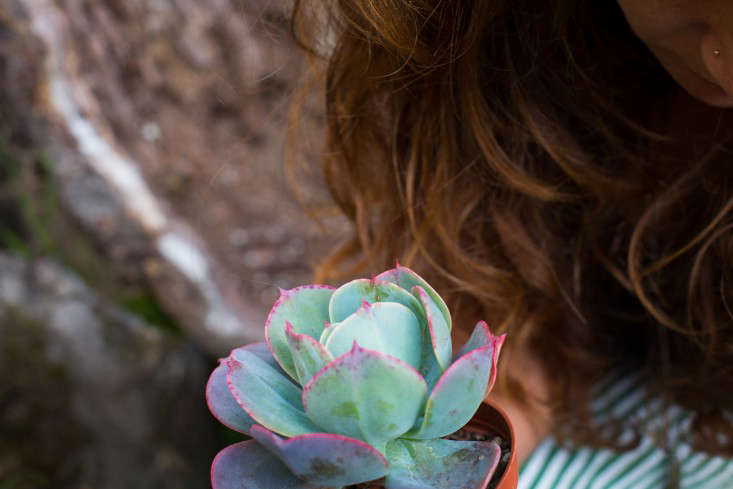 Above: Sahakian considers working closely with people to be one of the most rewarding parts of her art. So far, many of her clients have been older couples and businesses, such as restaurants, looking for unusual decor. She has also designed for weddings. 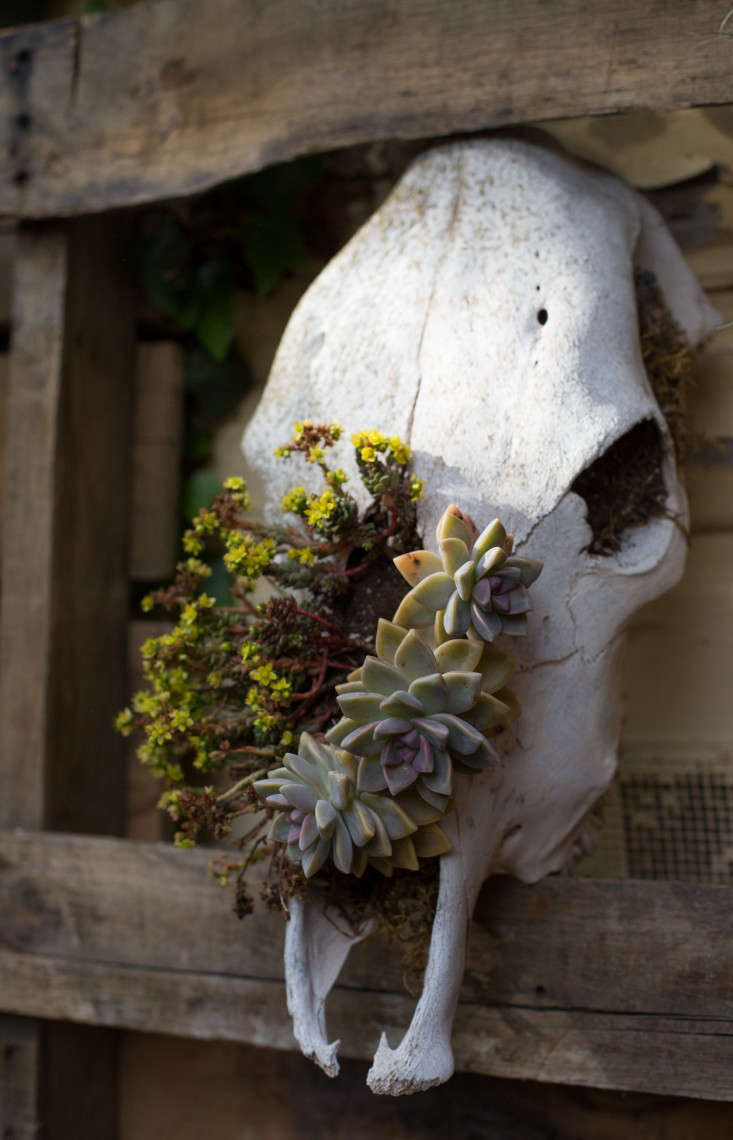 Above: A new direction for Sahakian is combining succulents with animal skulls found on trips to the desert. 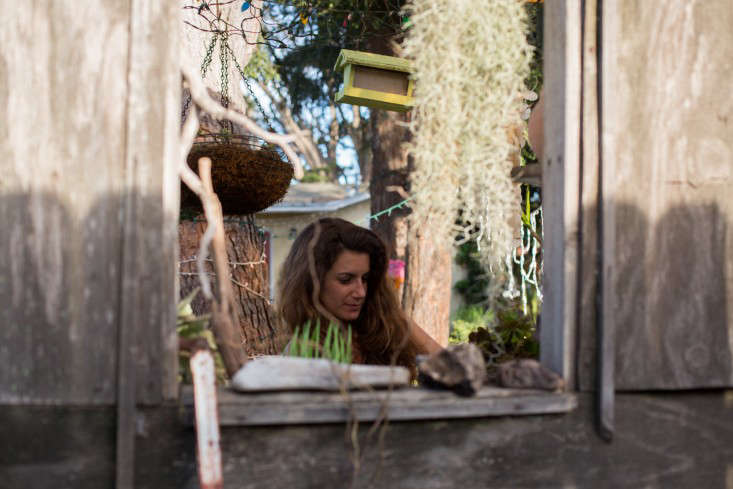 Above: What’s up next? Succulents bursting out of books (watch her website for pictures). This idea is sure to be as startling and attractive as its predecessors. After all, the name of her business, Searoon, is a version of the Armenian word “sirun,” which means “beautiful.”

Outbuilding of the Week: A Norwegian "Love Shack"