It’s hard to miss Bleuet Coquelicot: Plants and flowers of all colors spill onto the sidewalk from a tiny storefront on a busy street in Paris’s Canal St. Martin neighborhood. Most customers are neighborhood regulars. They stop by to say hello and share a cup of coffee (from Ten Belles next door, which serves the best in Paris) with the proprietor, who prefers to be known as “Tom des Fleurs.”

Is Bleuet Coquelicot the sort of shop that could only exist in Paris? We sent photographer Mimi Giboin to take a look. Here is her report: 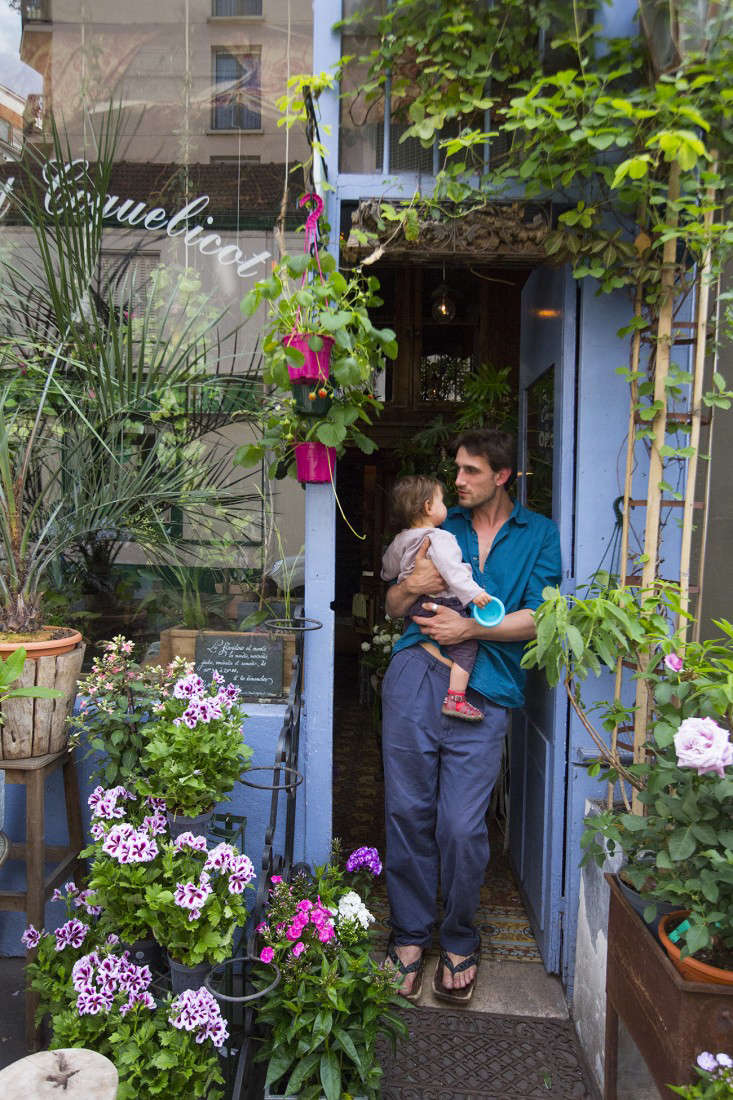 Above: Tom des Fleurs and his daughter in the doorway at Bleuet Coquelicot. 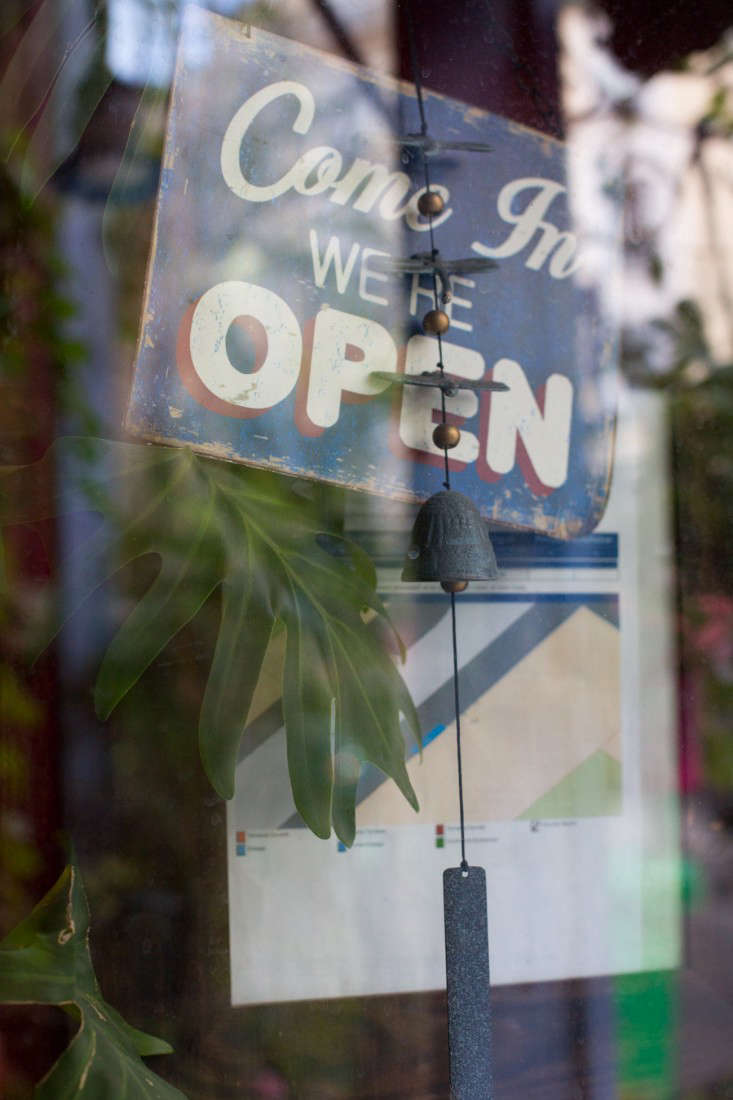 Above:  Tom says this will be his only shop. He knows his customers and they know him. 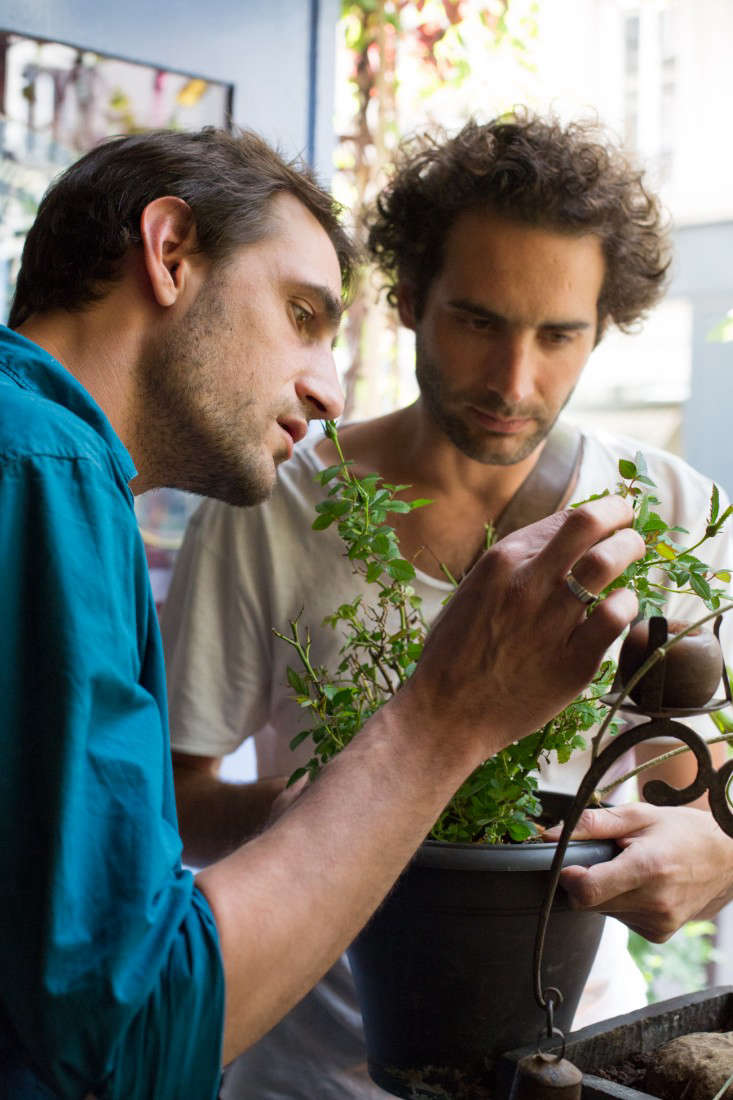 Above: Tom has known some of his customers for a decade or more; he knows their children, and they leave their bags with him as they run errands in the neighborhood. 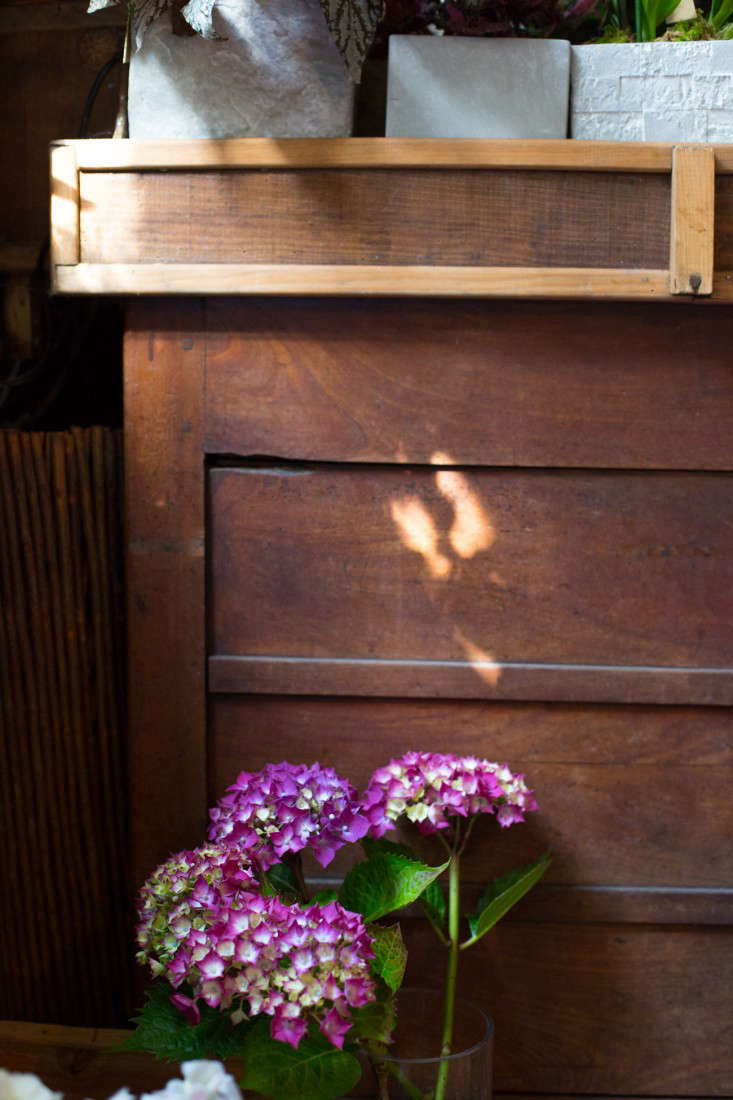 Tom even has a little wooden box where he keeps spare keys for neighbors. 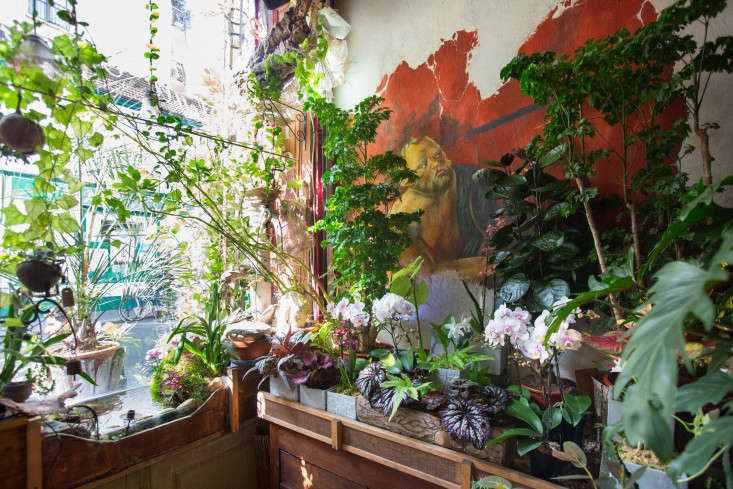 Above: There are no employees at Bleuet Coquelicot–Tom says that would change the ambiance of the space and the work. In the evening, people stop by to share a glass of rosé. 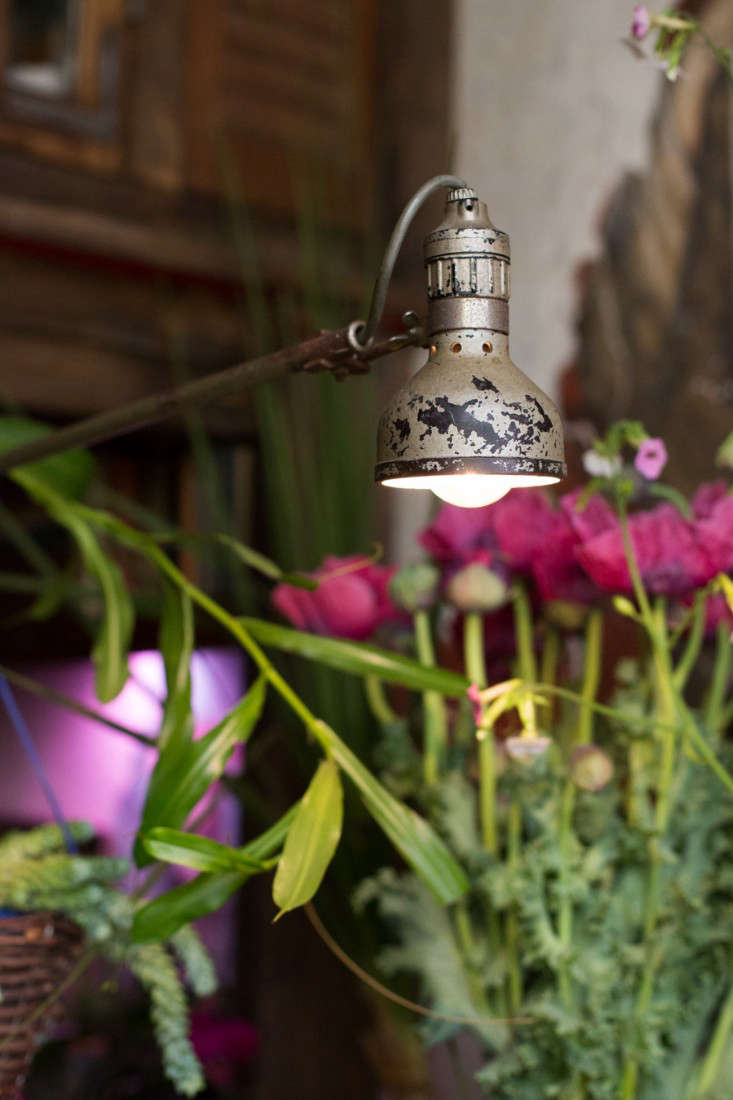 Above: Though he studied art curation, Tom started working for a florist in his neighborhood after finishing school. Four years later he bought the shop, keeping the name and its spirit of selling simple country flowers. 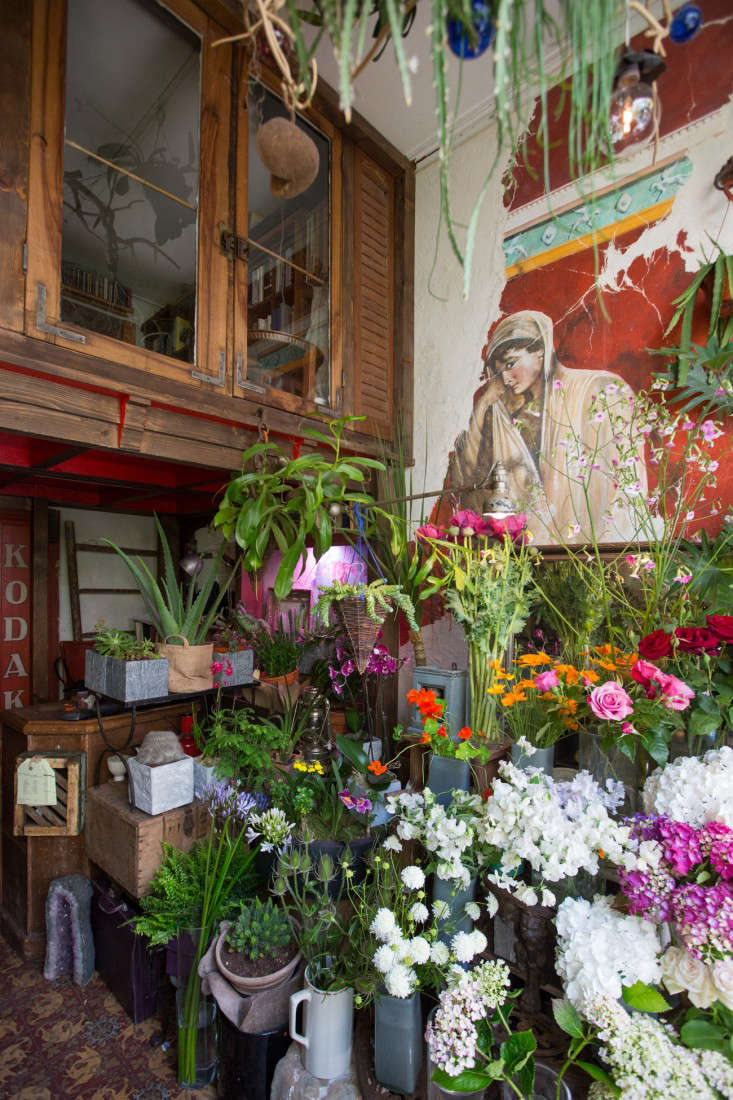 Above: When he took over the tiny 100-square-foot space, Tom designed a new look for it with help from his friend Robin, a designer and carpenter. He worked night and day for two and a half months to build the space out. 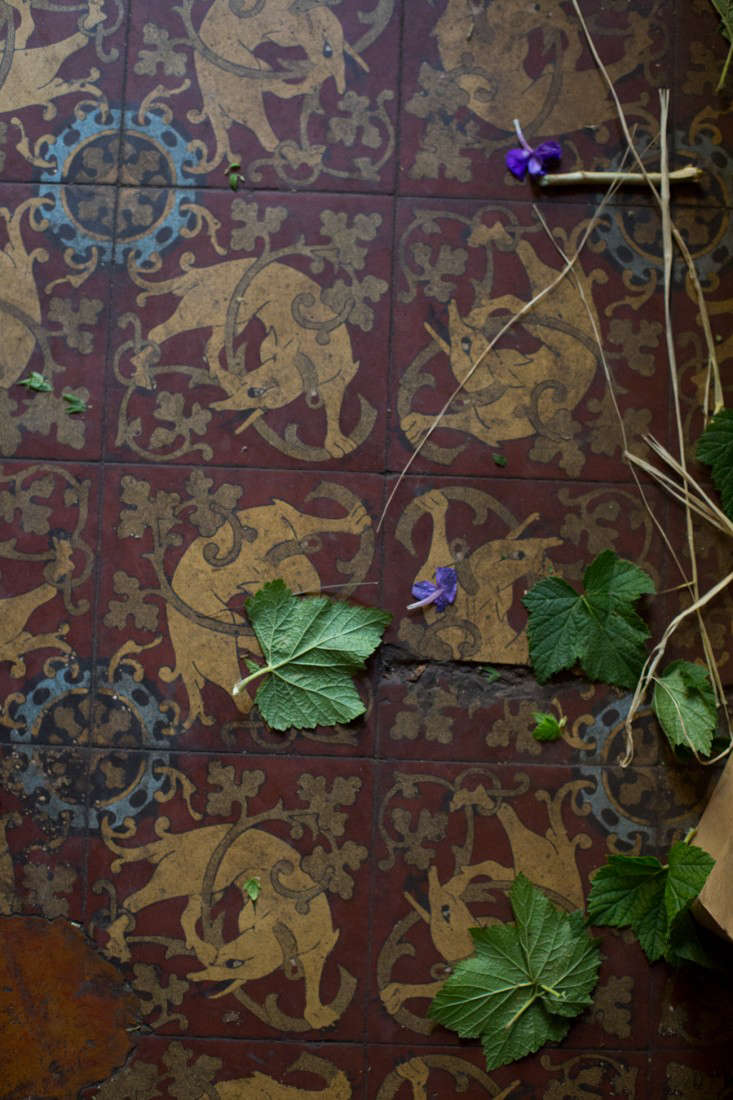 Above: During the redesign, Tom literally dreamed about the space: the running water, the walls covered with frescos, the small loft where he could live, floating above the sea of flowers. He mostly built the space from materials he had already: old doors and boards and windows. 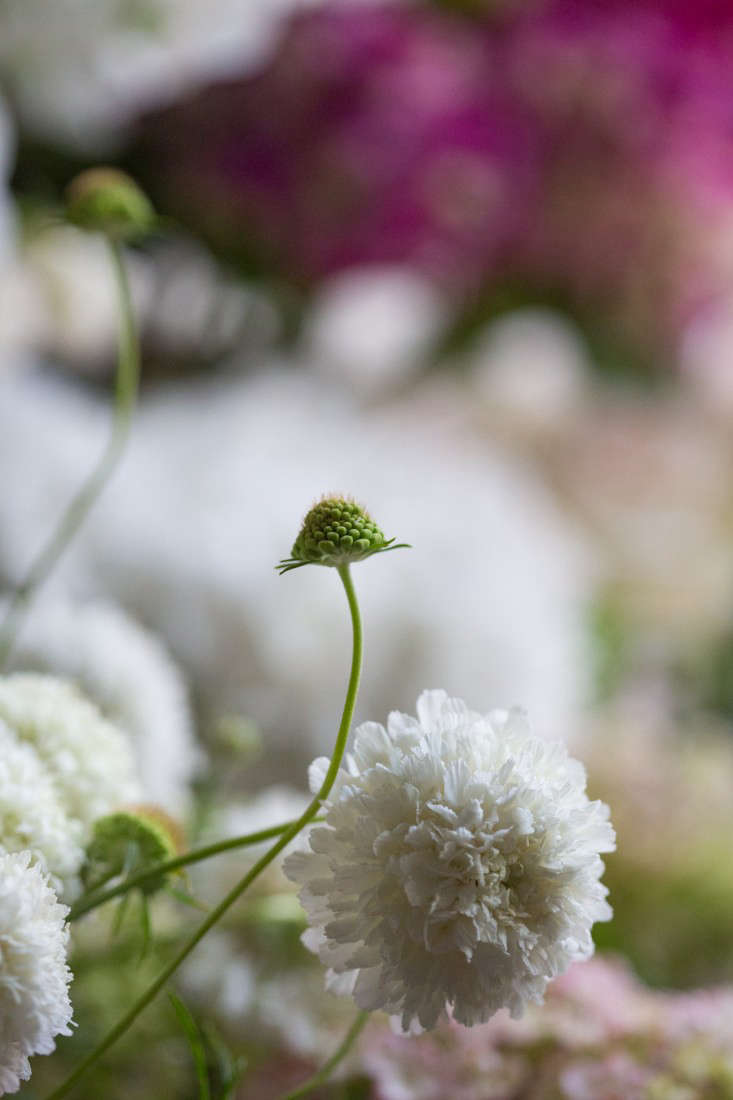 Above: When Tom gets a new plant, he raises it for a year before selling it. He likes to experience each plant to know how it will react through the seasons. 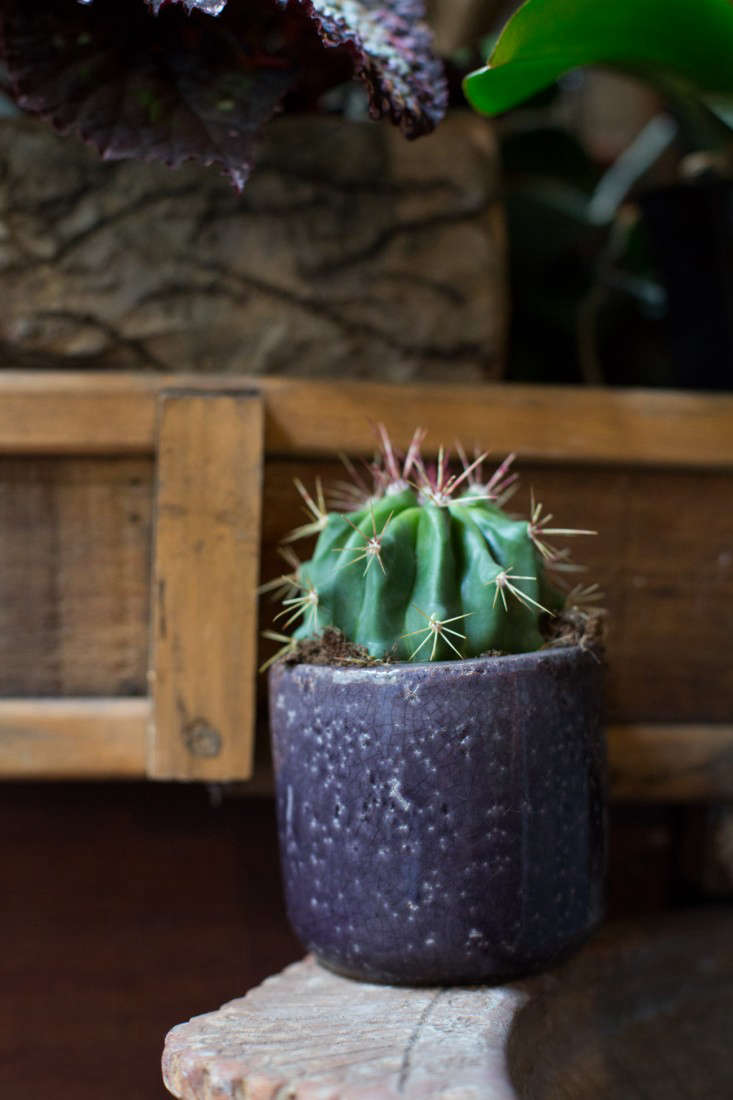 Above: Tom insists on finding good homes for his plants. He won’t sell a plant to someone who he knows won’t take care of it. 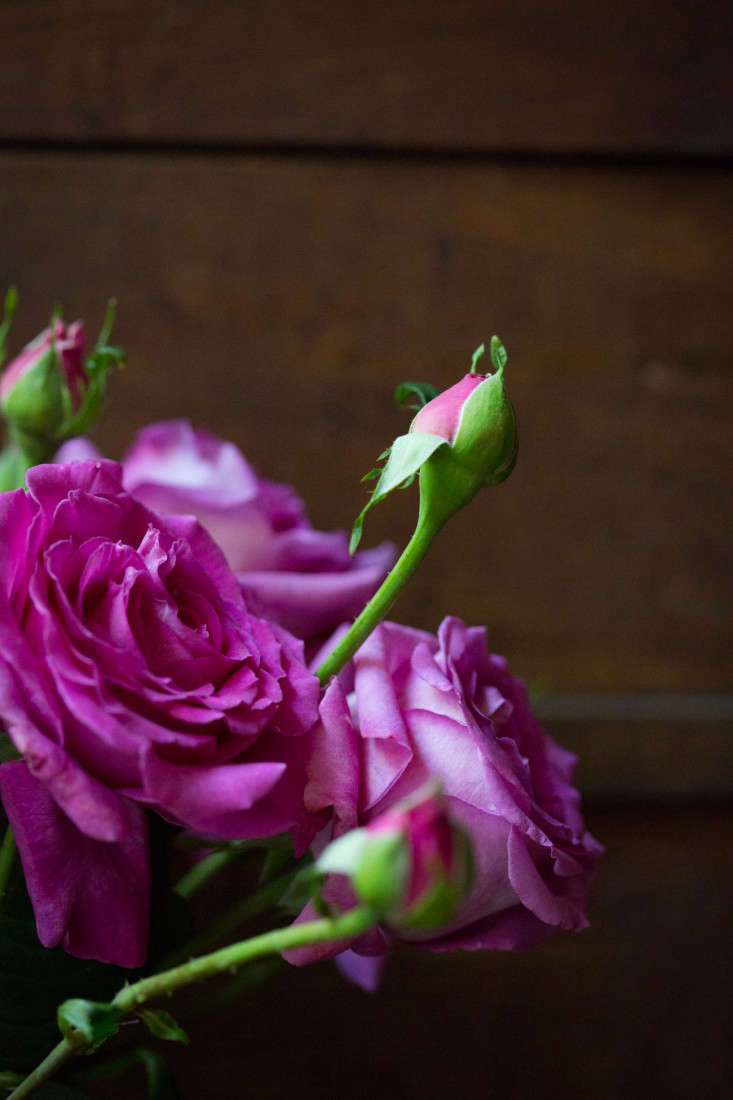 Above: The bouquets Tom makes are beautifully simple. He uses filler leaves to allow the flowers to “breathe.” 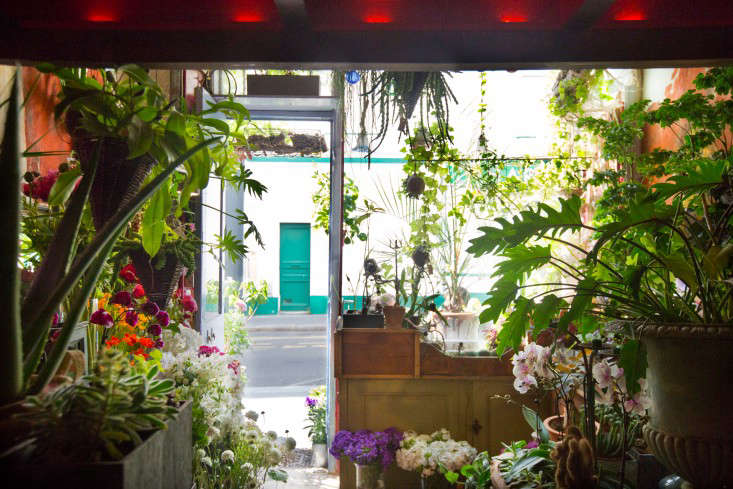 Above: After her visit to the shop, Mimi told us, “You really feel that Tom is a poet. He expresses himself through plants and flowers, and also by creating a beautiful space for people to share.”

Visiting Paris? For another of our favorite florists, see Odorantes, a Parisian Florist Where Flowers are Arranged by Scent. And see our Paris Destination Guide for more suggestions.

Top Picks from the Gardenista Market at GROW London