I am one of those annoying people who says, “Don’t buy me a present, seriously, this is not a big birthday–I mean it.” Of course, I don’t mean it.

This explains how I came into possession earlier this month on my birthday (please–don’t rush out and buy me a retroactive gift, I mean it), of the life’s work of an 18th century Englishman who hired some of the best painters of his age to create a set of feverishly haunting, giant-size botanical illustrations that he dubbed, theatrically, The Temple of Flora.

“This is a huge box, I hope you didn’t spend a lot of money,” I lied as I ripped off the wrapping paper and found a heavy green cardboard box holding a portfolio of 33 hand-colored images of lilies, tulips, passion flowers, roses, and the like. Of course, these weren’t the original color plates that self-taught botanist Robert John Thornton commissioned but, rather, a set of reprints published by Taschen about four years ago: 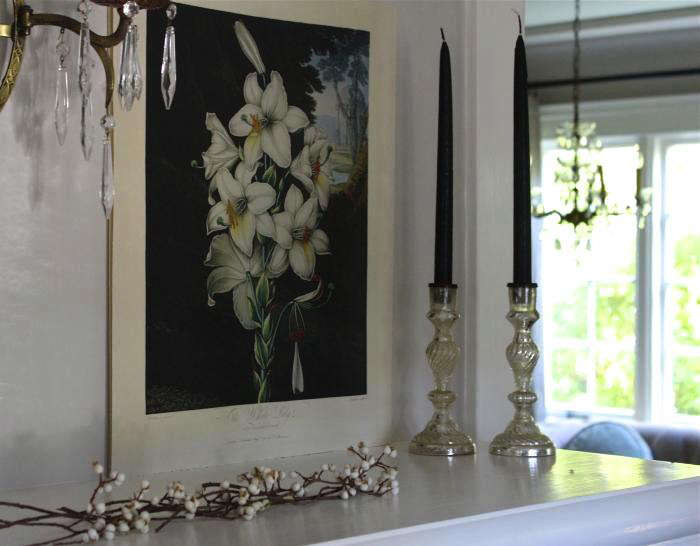 It was no accident that the luminescent white lily was posed, floating, against a romantic backdrop of what appears to be Roman ruins. Or maybe that’s ancient Greece? Thornton, a medical doctor obsessed with the earlier work of Carl Linnaeus, intended his collection of romantic botanical illustrations as an homage to the Swedish botanist who created the first coherent system for naming plants. 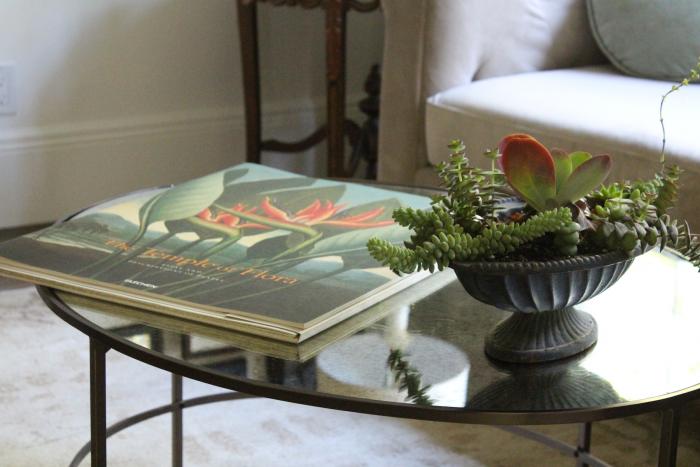 The Taschen prints are coffee table size — or bigger. 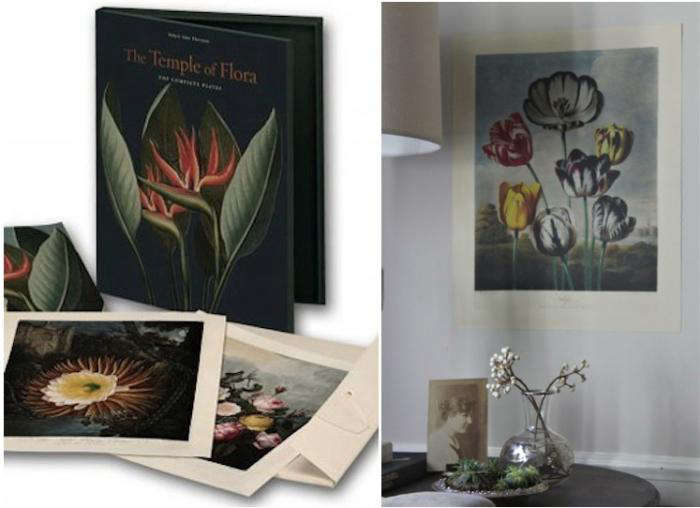 Out of print but still available, the Taschen reprint of The Temple of Flora can be found online at Amazon, with prices for a new set ranging from $219 to $659 (my birthday present came to me via an estate sale). Photograph (Above, L) courtesy of Kaufman Mercantile. 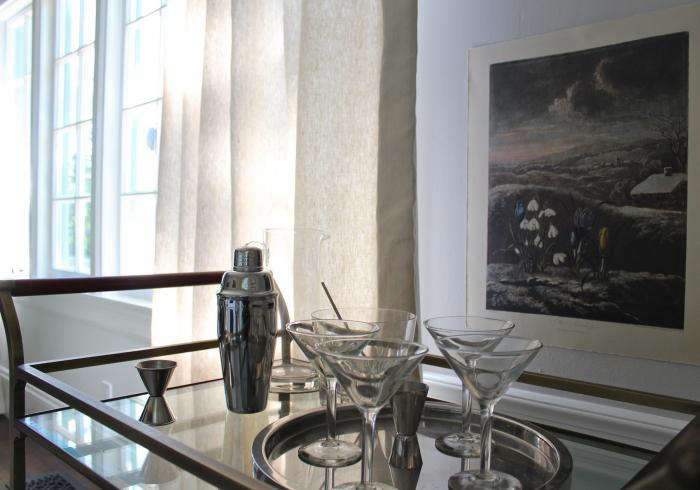 Last year, a set of six original engravings from The Temple of Flora sold at auction for $16,250 at Christie’s. Robert Thornton, who inherited a family fortune, spent it all on his expensive scheme to publish the set of folio prints. 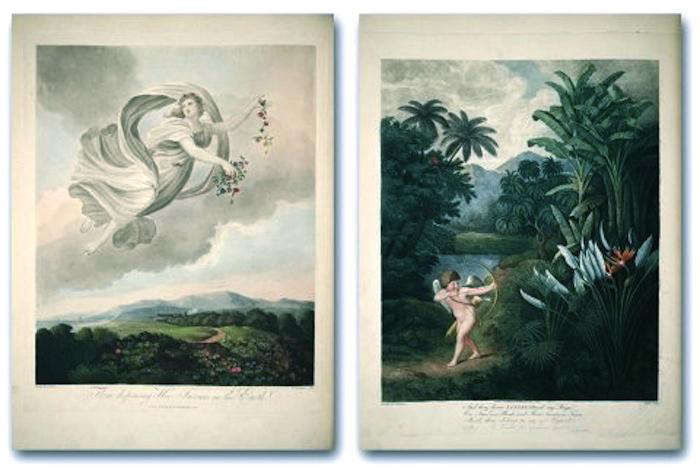 Eighteenth century romanticism informed Thornton’s view and, in retrospect, perhaps clouded his judgment. Penniless in the middle of the project, he was forced to petition Parliament for permission to hold a lottery to raise funds to finish 33 of the 70 plates he originally had envisioned. Photographs via Momist.

The Temple of Flora

A Wall-Mounted Planter, Made in California