Is this the garden book to end all garden books? Conceived on a vast scale, the new 470-page The Gardener’s Garden published by Phaidon Press has been put together by an international panel of experts. It features an encyclopedic garden showcase of designers and amateurs, the historic and the really quite new–and it is not as daunting as it looks once you lift the enigmatic orange cloth-bound cover.

Gardenista readers who purchase The Gardener’s Garden from the publisher’s site will recive a 20 percent discount off the £49.95 price by using the code GARDENISTA at checkout through December 31.

Photography by Michelle Slatalla, except where noted. 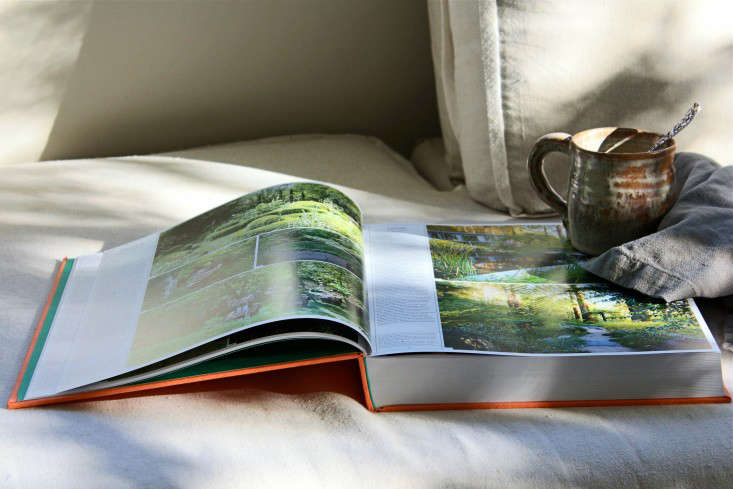 Above: The text, though necessarily small, is lively; there is some cross-referencing going on and one could meander through this book for an hour here and a half hour there. Even the grid of information at the top of each description is in itself fascinating; much can be read into the climactic zones, acreage and age, many gardens making it into the 21st century category. 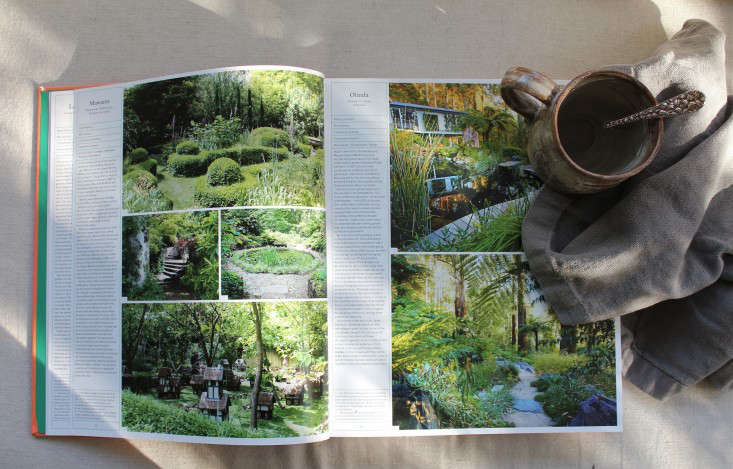 Above right: Olinda in Victoria, Australia. Comparatively new, this is the fascinating HQ of Phillip Johnson whose Australian garden took the Best in Show medal at Chelsea in 2013. A garden of the present and future, Johnson’s preoccupations here were reworked in miniature at Chelsea. His concerns are with water and its role in sustaining a steep and densely planted garden in one of the most fire-prone areas of Australia. 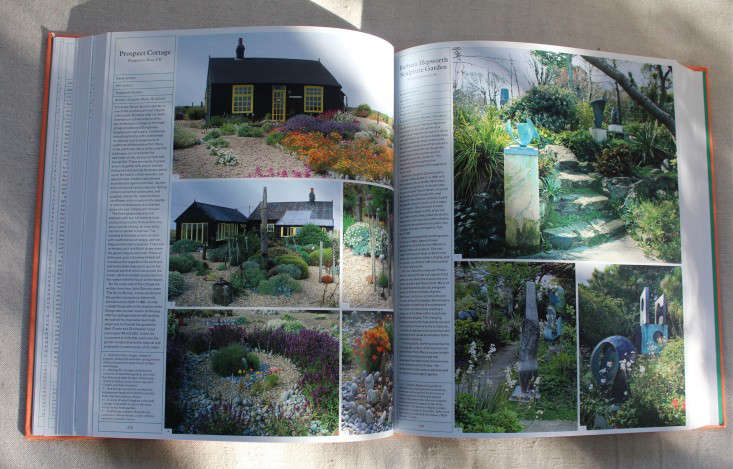 Above left: Prospect Cottage, Kent, UK. Very much of the late 20th century, Derek Jarman’s boundary-free outdoor space remains one of the most influential and loved gardens in England. Yet it is entirely against the grain. With a nuclear power station as part of the view, it is populated with beach plants and sculptures made from debris washed up on the beach. Introduced to this are more colorful wind- and salt-tolerant plants and the influence of Jarman’s friends and felow iconoclasts Christopher Lloyd and Beth Chatto, also found in this book.

Gardenista readers who purchase The Gardener’s Garden from the publisher’s site will receive a 20 percent discount off the £49.95 price by using the code GARDENISTA at checkout through December 31.