Just as good fences make good neighbors, the traditional British laid hedge (in which branches are forced to grow horizontally) can have the same effect. And to lay a hedge properly, it turns out, requires a billhook. It wasn’t until we read the Royal Horticultural Society’s recently published Tales from the Tool Shed ($18.21 from Amazon), by Bill Laws, that we realized: This little-known pruning tool is exactly what we need. Read on to find out about more tools you didn’t think you needed–until now. 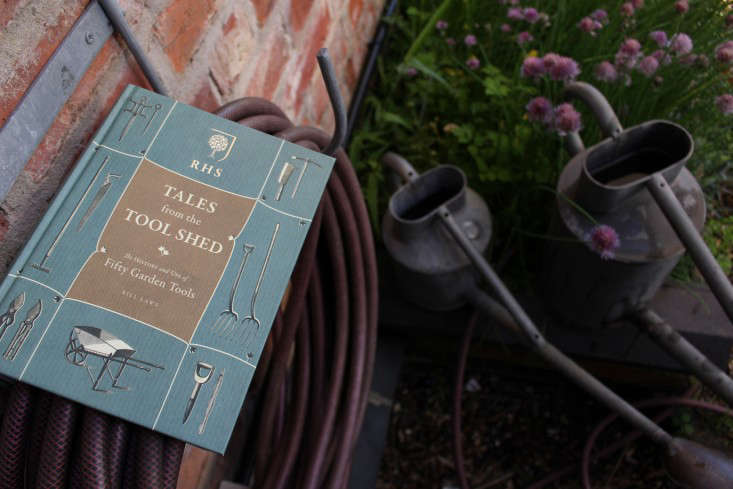 Above: Subtitled “The History and Use of Fifty Garden Tools,” this neat volume is not restricted to the goings-on inside the toolshed, but extends its scope over the flower garden, kitchen garden, lawn, and orchard.

A section on hoses reveals that an early rubber version was modeled after the way pasta was manufactured. Still, the rubber hose did not replace the earlier hand-stitched leather hose as quickly as you’d imagine, because the rubber was prone to cracking and splitting. Even now, the author advises that hoses are ideally stored flat, running alongside a bed. If you must roll up your hose, as most of us do, keep it loose. 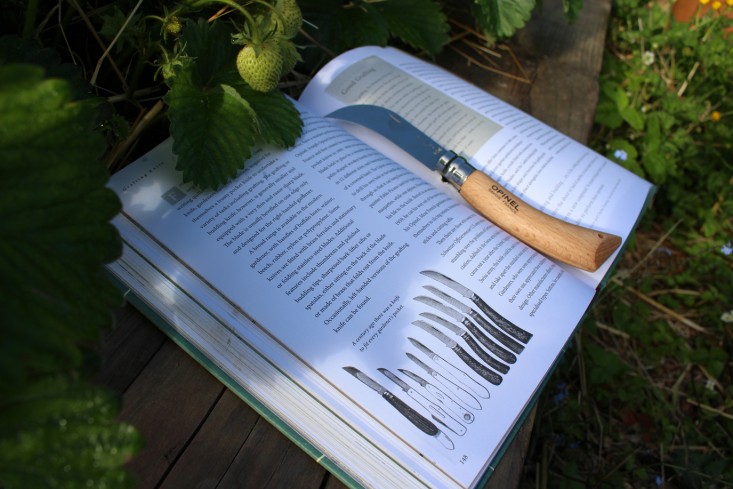 Above: A multipurpose knife is always useful in the garden, for sharpening stakes, cutting raffia, and harvesting produce. Some swear by their Classic Swiss Army Knife ($20), while others prefer the Opinel Garden Folding Knife ($14.95). As the author notes, the knife is one tool in which choice has proliferated over the last century. 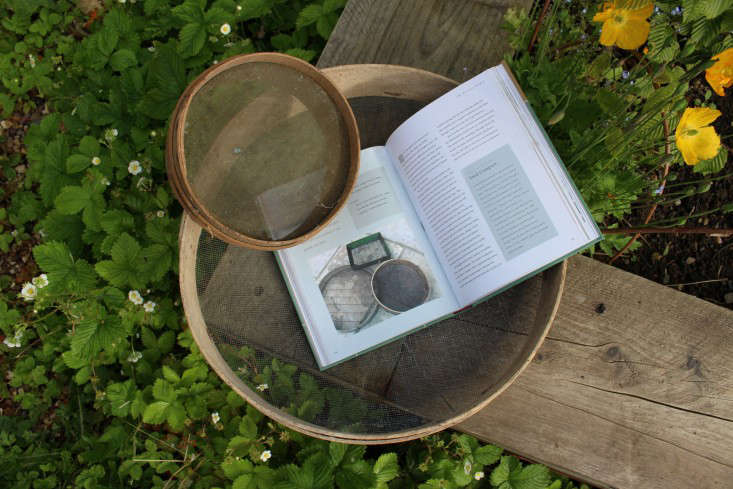 Above: The soil sieve is a leftover from the days when all compost was homemade; gardeners used the sieve to sift fine loam for sowing seeds and potting. Mixing your own has become more popular again, and no one has improved on this classic circular sieve, designed thousands of years ago. (For more about sieves, see Garden Riddles: What’s Round, and Sifts?) 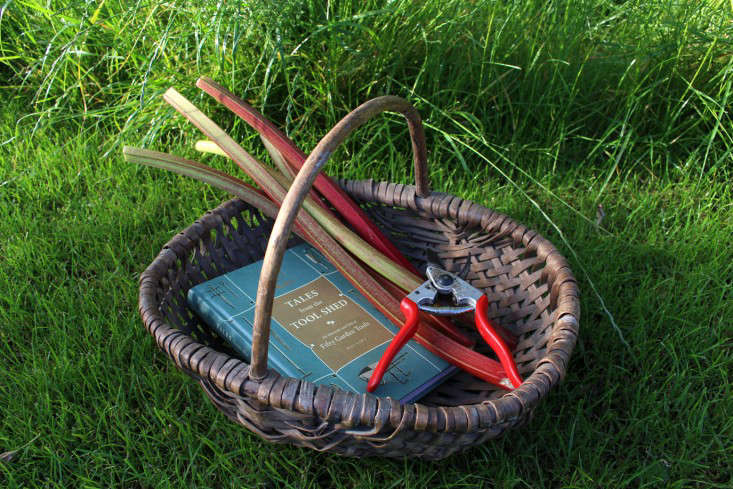 Above: “Every culture has its own style of garden basket,” writes Bill Laws. Sussex has its trug, made of strips of chestnut; Catalonia its carriers of woven esparto grass. The oak swill basket with hazel handle, shown here, is native to England’s Lake District. Its wide, shallow bottom is ideal for holding the harvest from the kitchen garden. 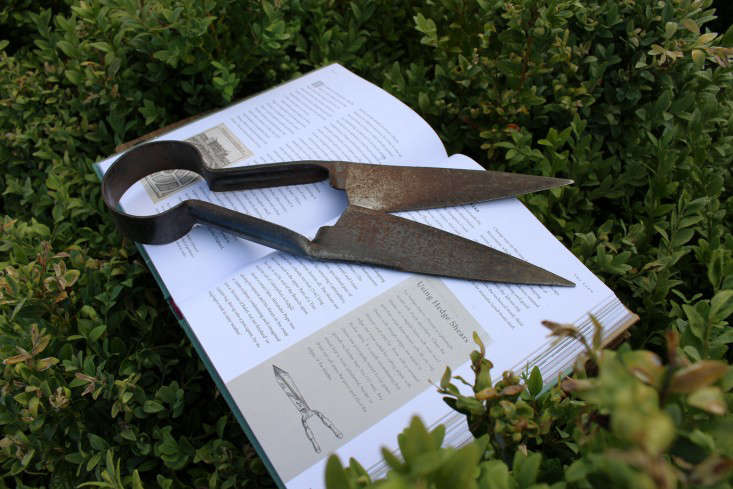 Above: During a quick tour of topiary, we learn that the Japanese art of cloud pruning has been influencing us for more than a century. And we’re told how sheep shears could be treated better than the rusty ones shown here: “Clean the blades on a regular basis with wire wool and then wipe down with an oily rag.” 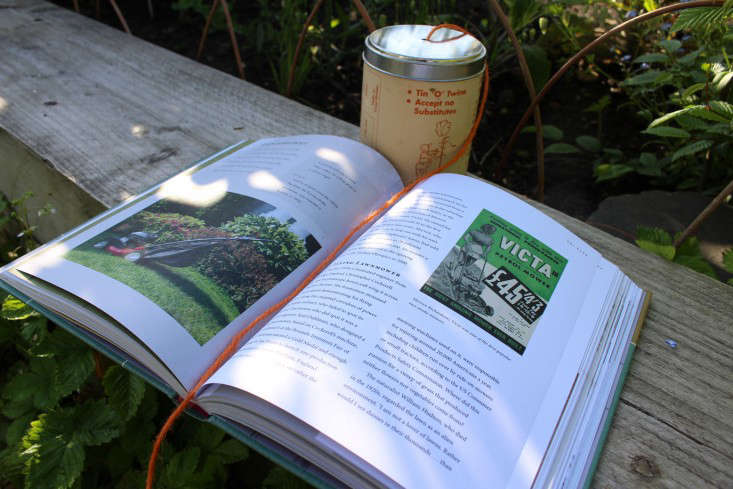 Above: It’s fascinating how many of the tools in this book have remained unchanged for years–going from indispensable to discarded to appreciated all over again. Such is the case with jute, the vegetable fiber that can be twined into string, turned into hessian for sacking, and woven into the soles of espadrilles. Plastic string brought the era of the “jute baron” to an end, but modest purveyors such as Nutscene, in Scotland, are doing well against the odds with products like Natural Jute Twine String (prices range from £8 to £10). 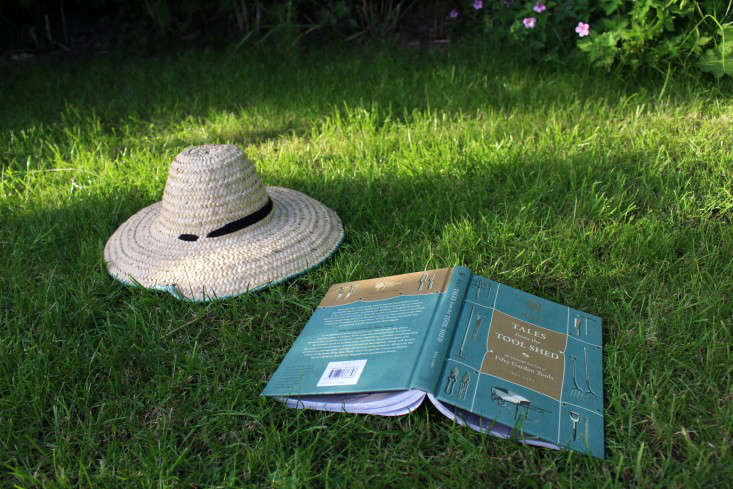 Above: A section of Tales from the Toolshed is dedicated to hats and gloves as essential kit. In the days when everyone wore hats, a gardener’s cap told you that his status was lowly, whereas the head gardener was recognized by his bowler. Though hats are now optional, they shouldn’t be. To keep the sun off the face, neck, and ears, Laws recommends a hat with a 3-inch brim. Ideally, the inside of the brim will be dark to absorb reflected UV light.

RHS Tales from the Tool Shed

Garden Visit: The Latest Word on Roses, from the Royal Horticultural Society

Before & After: A Garden Makeover in Michigan for Editor Michelle Adams