Let’s say you’ve just spent six hours squashed in an airless airplane trying to escape from a stubborn, endless winter in the Northeast. You’ve made it to Long Beach, CA. The weather is warmer and you are beginning to believe that spring might be a reality after all. But you’re jag lagged, dehydrated, and your body is stiff and tense. What is the perfect antidote for your condition?

Grab your water bottle and put on your sneakers and go immediately to the Palos Verdes Nature Preserve. Walk the gentle hills, breathe the fresh clean air, admire the wildflowers and the view of the Pacific. Soon you will be relaxed and happy. You also will owe a huge debt of gratitude to the geniuses at the Palos Verdes Peninsula Land Conservancy who, since their beginning in 1988, have assembled 1,600 acres of open space near the second most populous city in the United States. 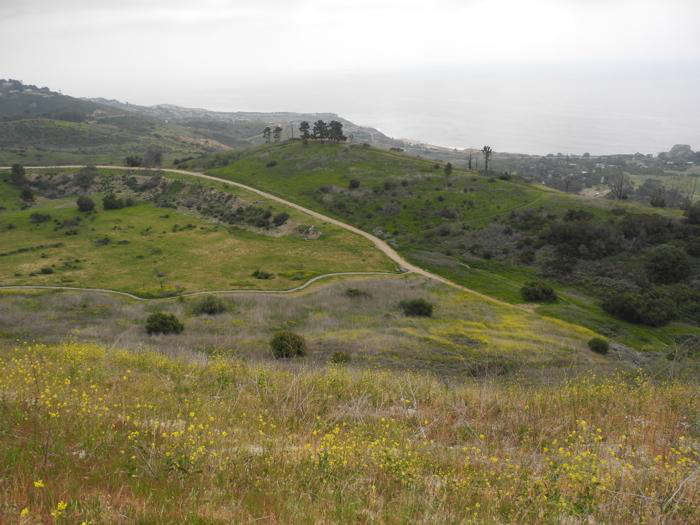 We hit the trail in the Filiorum Reserve, which is a 191-acre piece of the Palos Verdes Nature Preserve. It was acquired by the Conservancy in 2009 and is part of a contiguous 900-acre section which is managed to restore native habitat and protect rare and endangered species. Need we mention that it also provides the harried citizens of Los Angeles with a much needed refuge from urban life? 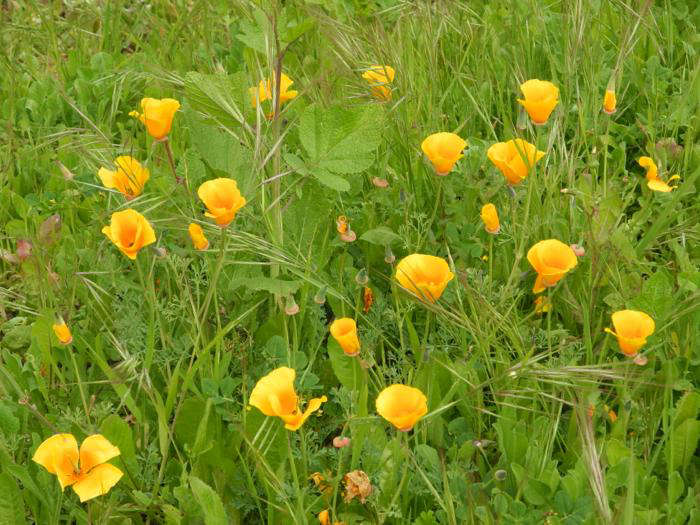 The winding dirt path took us up, along the ridges of hills covered in wildflowers. The Conservancy runs its own native plant nursery where it grows 60 species of native plants. Early spring is when the golden California poppy, Eschscholtzen California ($4.99 for 5,000 seeds from Outside Pride), bursts into flower and the Filiorum Reserve is an excellent place to see it.

The native poppy was declared the state flower in 1903 and each year it is the star of its own special day, California Poppy Day on April 6. Lancaster, CA holds an annual Poppy Festival, to be held this year April 20 and 21. 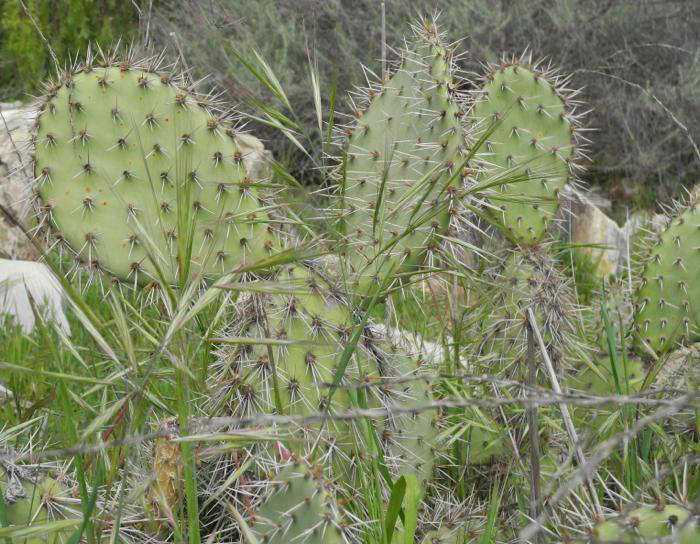 Prickley Pear, Opuntia humifusa, can be spotted along the way. We were too early to see it in bloom but it would be worth coming back in a few weeks to see the flowers. In the meantime Opuntia, which is native to North American deserts, makes a wonderful houseplant and it is also edible; Prickley Pear seeds are $2 per packet and a bare root plant is $6 from Prairie Moon. 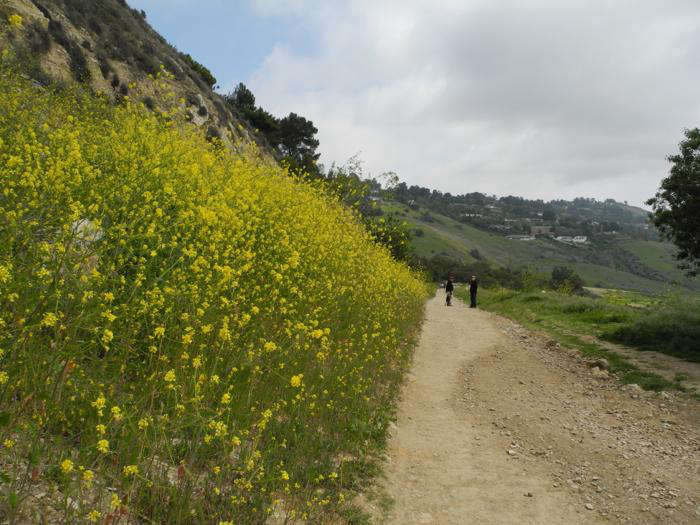 We walked for about an hour on a gentle loop that brought us back to our starting point, but there are many paths that branch off for a longer hike and different scenery. Trails range from easy strolls to daunting climbs up hills and ridges. A few trails are accessible to wheelchairs and children’s strollers. 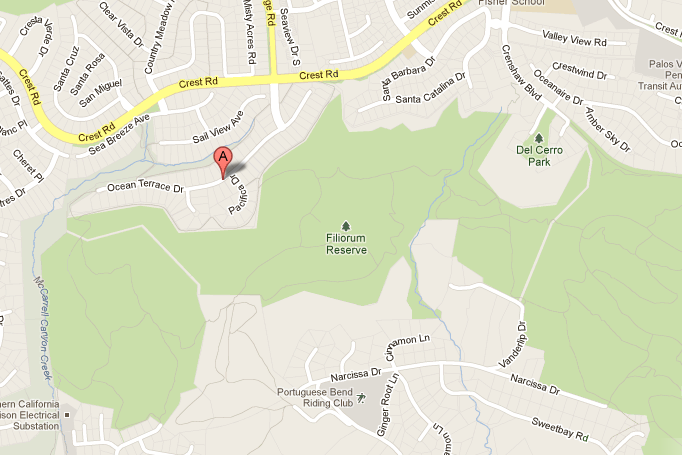 Access the Filiorum Reserve from the McBride Trail located at the end of Ocean Terrace Drive, south of Highridge Road in a residential area of Palos Verdes. Map via Google. 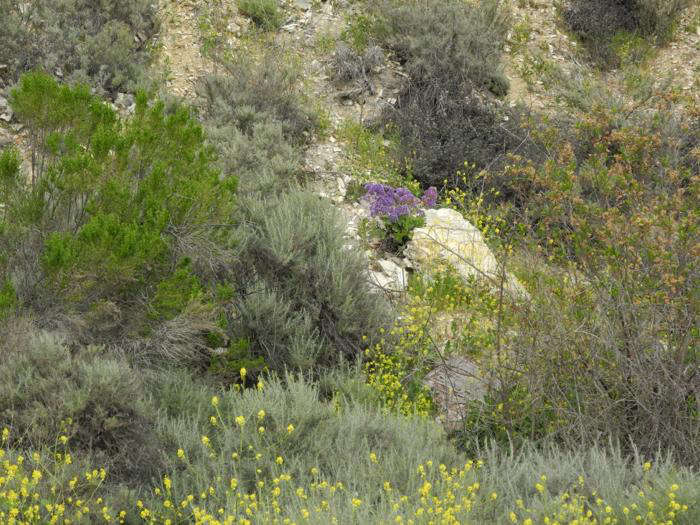 We visited Palos Verdes on a cloudy Monday afternoon so unsurprisingly we encountered just a few other fellow hikers, but the preserve is open to bikers, runners, horseback riders, and virtually anyone interested in getting a blast of natural beauty and some exercise. 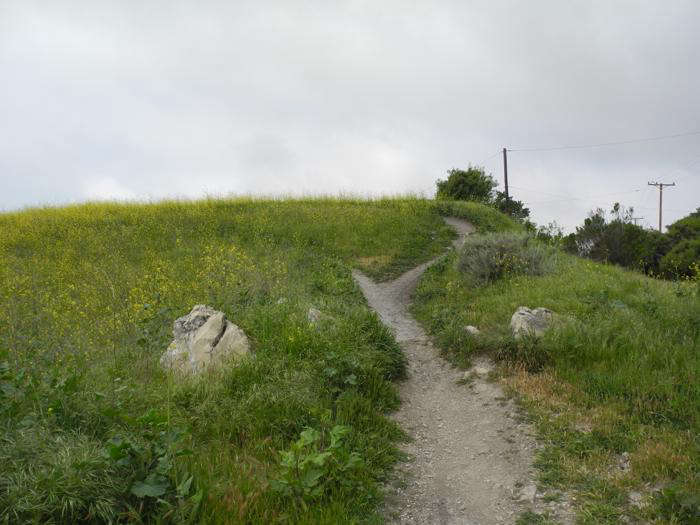 For more information, the Conservancy offers free nature walks led by volunteer naturalists, historians, and geologists who provide a wealth of information about the birds, wildlife, and plants of the preserve. For a schedule, see the Conservancy. 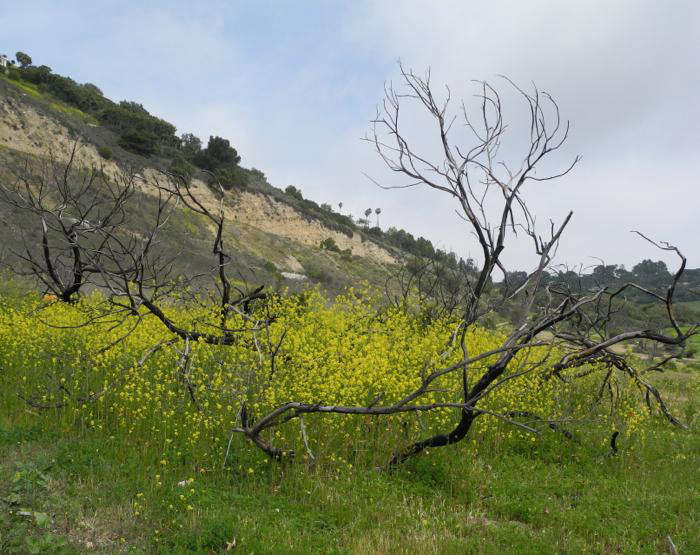 Looking for another Hike of the Week to try in Southern California hikes? See The View From Topanga State Park and A Glimpse of Bob Hope’s House in Palm Springs.