On the Road to… Bob Hope’s House. One weekend recently, I found myself in Palm Springs for a film festival, at which my friend Neil Barsky’s new documentary, Koch: The Movie, was being screened. (It’s a wonderful movie. You will love it.) The day after the screening, with nothing better to do, Barsky, our friend Nick Goldberg, and I set off to find the fabulous 17,531-square-foot home (6 bedrooms, 9.75 bathrooms) that Bob Hope had built in 1979.

We learned where the house is from a site called I Am Not A Stalker, which mentioned that you cannot drive because the road is gated.

Photographs via Hiking in Palm Springs except where noted. 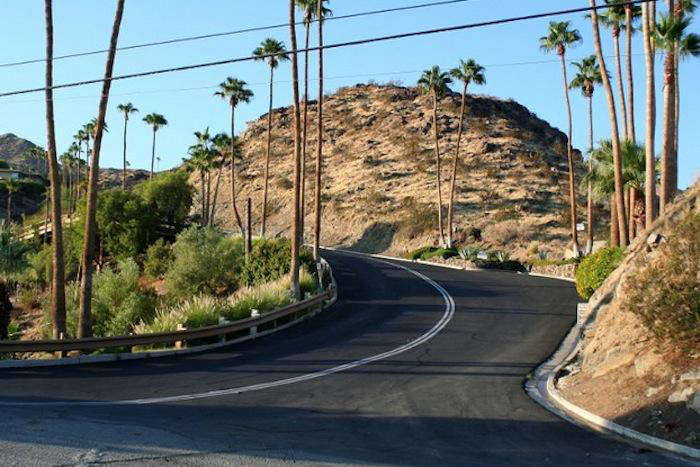 The Araby Trail is just off East Palm Canyon Drive. There was plenty of parking and the trailhead was easy to find. 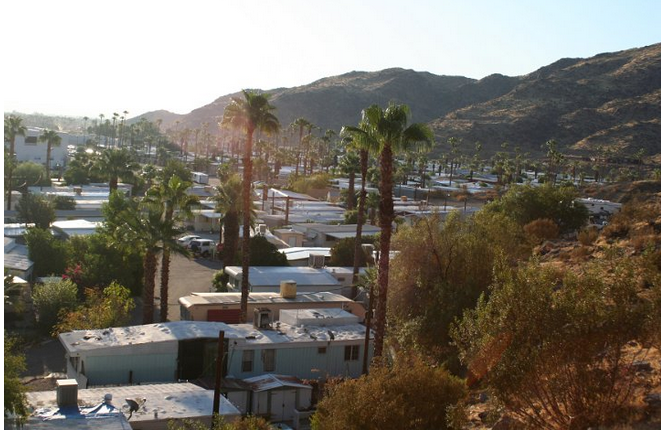 The trall meanders through an old, sprawling trailer park, then starts to climb. And climb. While it’s a vertical ascent of only 800 feet, we had to stop every 15 minutes or so for Barsky to catch his breath. 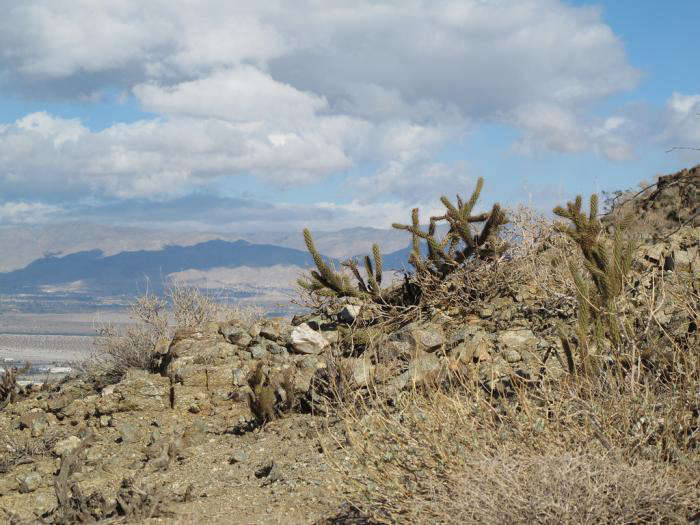 Snake territory? We didn’t see any, perhaps because it’s winter time and the vipers are abed. But the terrain here, with cholla cactus growing beside the trail, looks exactly like what you’d see in the Reptile House at the zoo. The trail is rocky and arid—Palm Springs gets about 5 inches of rain annually. Photograph by Barbee Lin via Flickr. 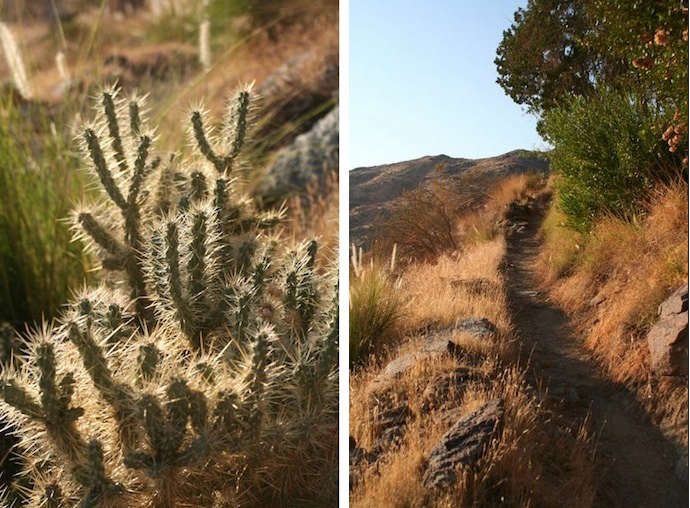 I love cactus. It’s the feline of the plant world, mean and misanthropic and meant to be looked at, but not touched. The trail could have used more.

While we were waiting for Barsky to catch his breath, a skywriting airplane buzzed across the valley. I don’t know why people pay for this form of sky pollution: It was too windy up there for the letters to form. I think it said “hk hgt$3j ksal;d.” Photograph by Josh Quittner. 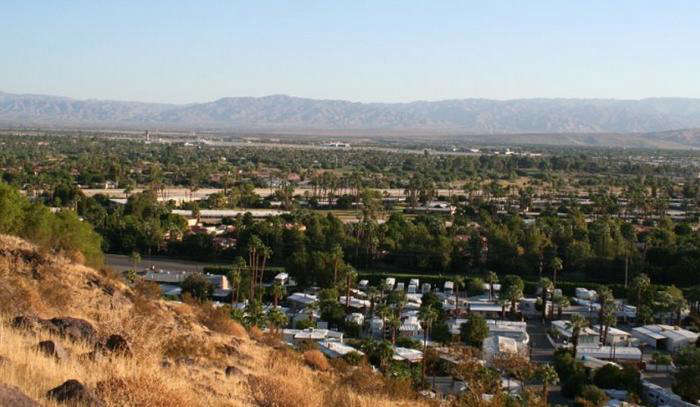 You get a great view of the Coachella Valley, almost from the start. A green belt of way too many palm trees; for some reason, it brought to mind a picture in a grade school textbook labeled “oasis.” 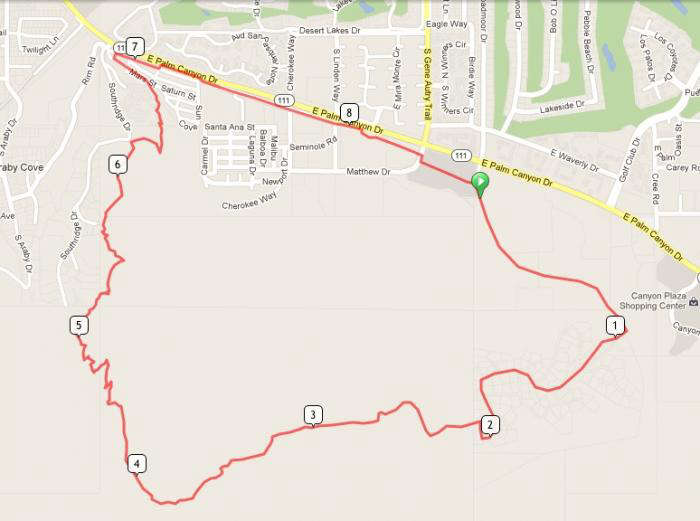 The trail is a 5.5-mile loop that takes you back to your car; the highest elevation is at “4” and Bob Hope’s house is at “5.” Map via Ride With GPS.

(N.B.: Do you have a favorite winter hike? Send email to [email protected] to tell us the route, and we may feature it as an upcoming “Hike of the Week.”) 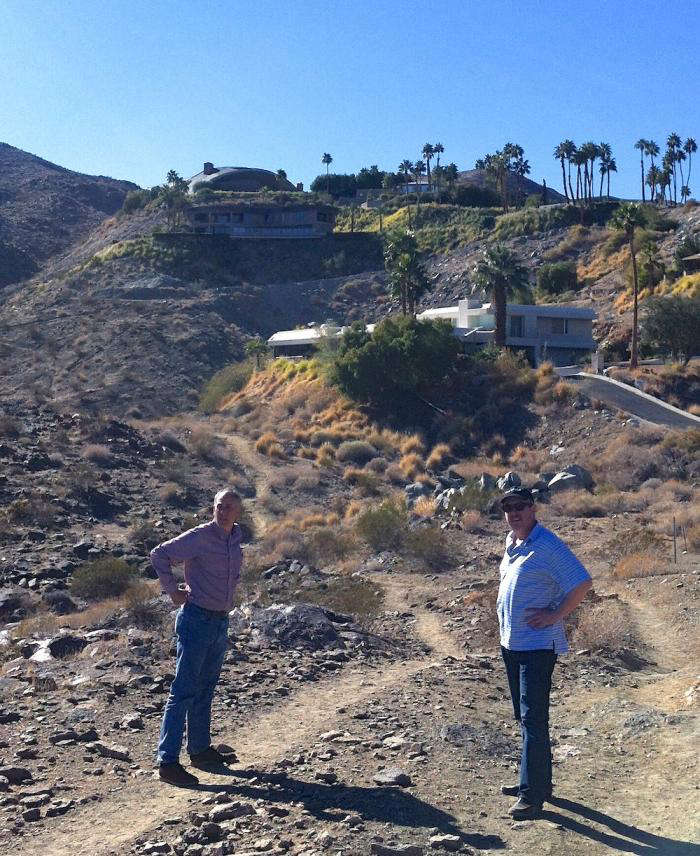 The filmmaker, Barsky (R) wheezing. Goldberg (L) handled the hike with aplomb because he works out every morning on a stationary bike. That domed home at the top of the photo is Hope’s place. Not too much farther. Photograph by Josh Quittner. 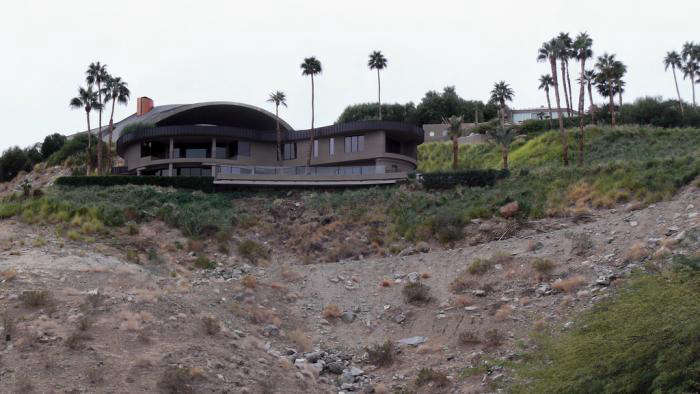 Above: Bob Hope’s house, which went on the market with an asking price of $45 million in November, was designed by the modernist architect John Lautner, whose space-age architecture is at least one cultural benefit of southern California. Photograph by Harold Willome via Flicker.

For another California hike, see “Hike of the Day: 7 Miles to Stinson Beach.”

A Bag for Kindling