Above the dunes on a blue bay in the whitewashed town of Paternoster, The Oystercatchers’ Haven is a sumptuous guest house with a mesmerizing view. In the bay below, humped granite rocks interrupt and define this stretch of South Africa’s West Coast. 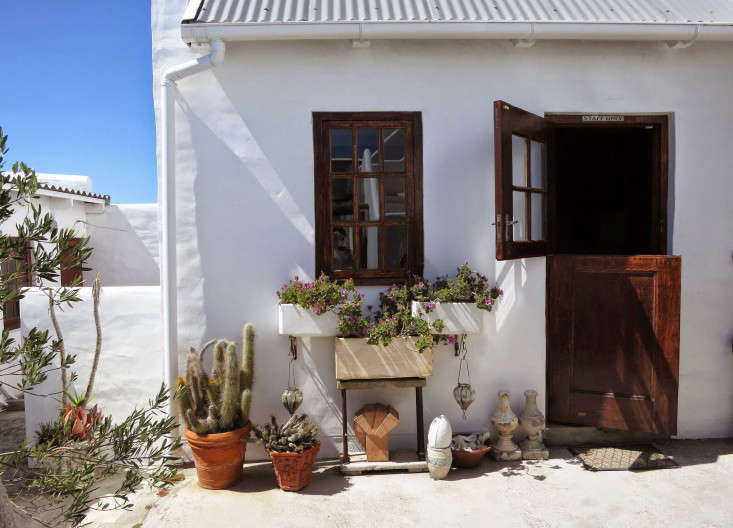 Above: When Wayne and Sandy Attrill built the Oystercatcher’s Haven in 2002 it was after collecting for years old doors and windows, anything that would give it “the feel of an Old House on the Hill,” wrote Wayne in an email. 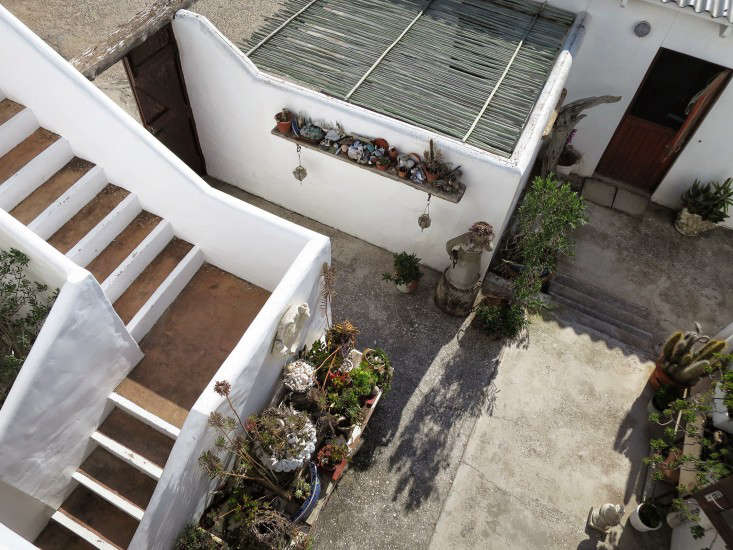 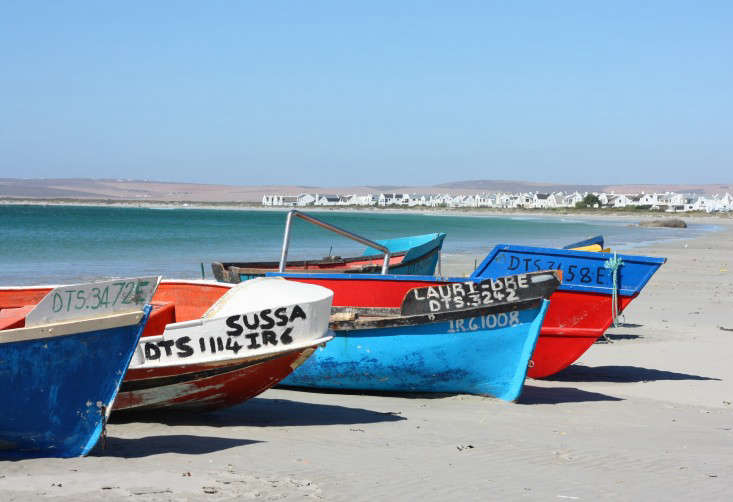 Above: Colorful wooden fishing boats ride at anchor in the inlets as fisherman pursue rock lobsters, the catch that fuels this fishing town. Sea fog lifts and dissipates in blue days, and the beam of the nearby Cape Columbine lighthouse sweeps the sea at night. 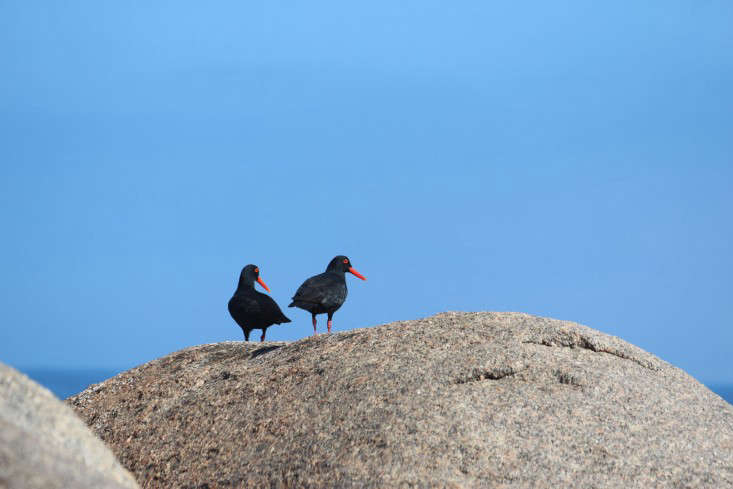 Above: The guest house is named for the distinctive black shorebird birds perching watchfully on the rocks below, and which mate for life. Their shrieking cry in flight is the sound of the southern African coast. 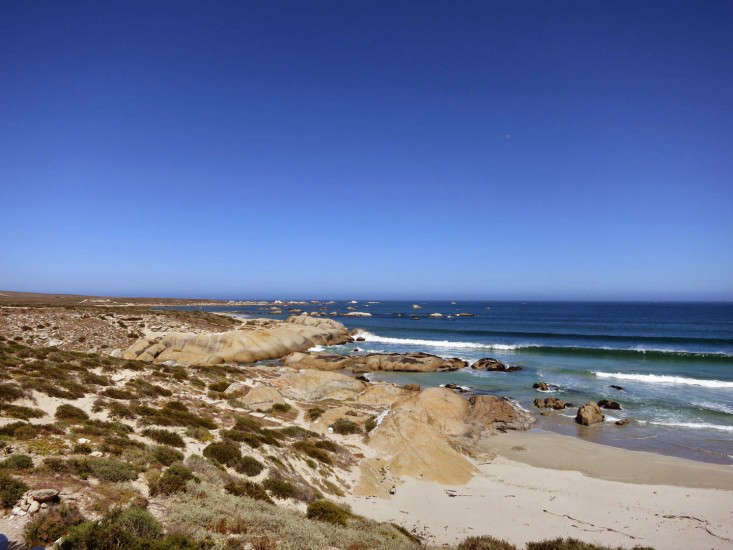 Above: Once a quiet village of modest white-walled cottages, Paternoster experienced a tourist bonanza in the last decade. The proliferation of restaurants that blossomed in response to the hungry and well-heeled arrivals still relies on rock lobsters and harders (mullet) to inspire its menus and satisfy the palates of visitors hungry for the flavors of the West Coast. Paternoster is now a beacon for discerning eaters. 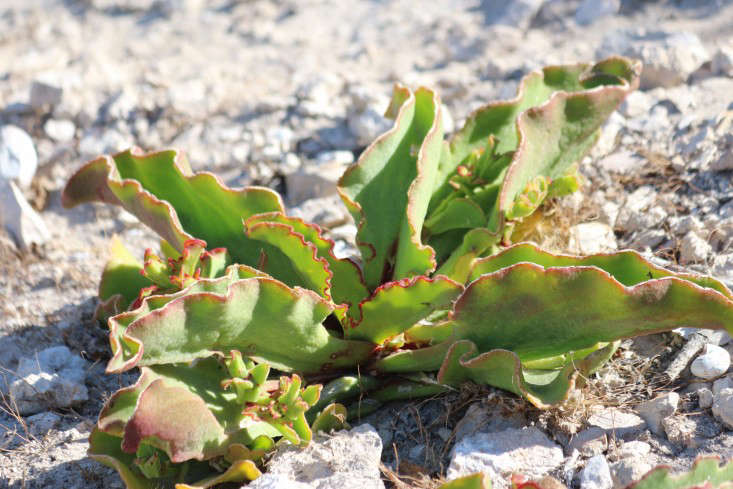 Above: Stepping straight from the deck of the Oystercatcher’s Haven to the dunes, a barefoot visitor will spot succulent Mesembryanthemums growing fatly in the sand. Later, lunching at Oep ve Koep, the restaurant founded by locavore chef Kobus van der Merwe, they may find the plant’s juicy leaves on their plate, or in a bowl of wild green broth. In spring the strandveld bristles with veldkool, the edible flower buds of Trachyandra species. Also on the menu.

For more about Oep ve Koep, see my recent post at 66 Square Feet. 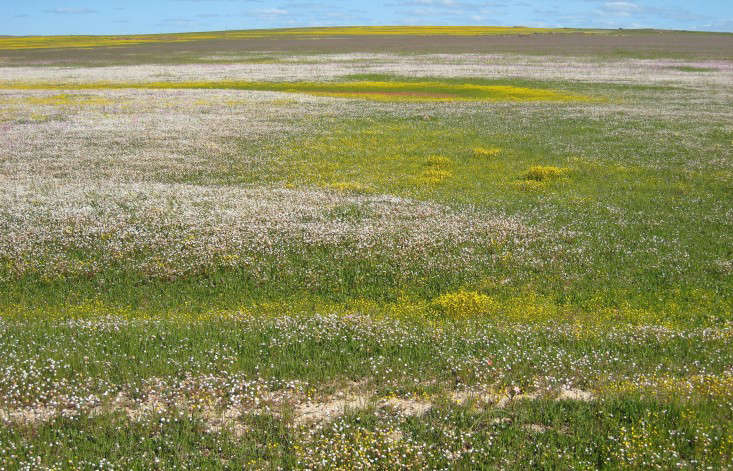 Above: After a quiet season of winter rains, this entire coast erupts in a spring flower riot and for six weeks Paternoster is a boom town of local and international floral tourists. 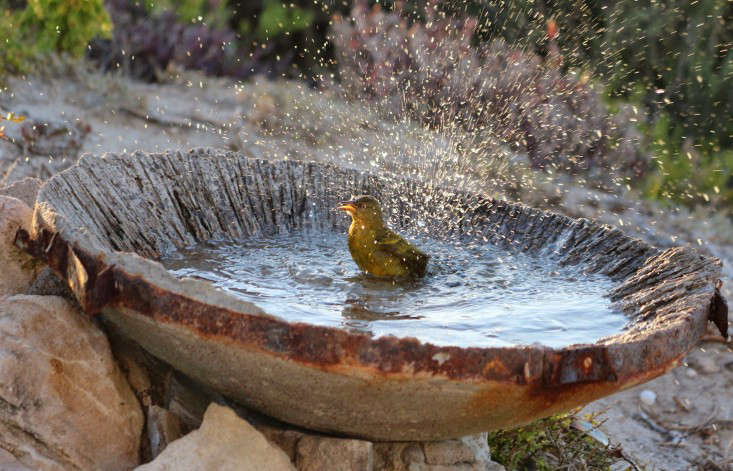 Above: Summers are hot and dry, and a birdbath beside the guest house’s deck lures a stream of grateful feathered visitors who splash and drink with abandon, including this Cape weaver. 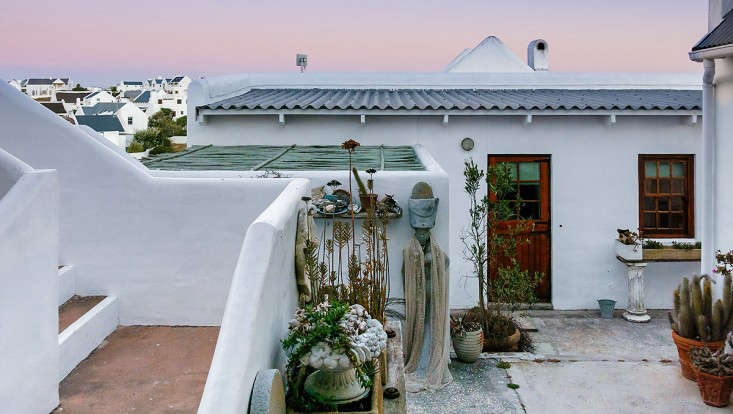 The arresting courtyard of the guest house echoes its coastal surroundings. A flotsam and jetsam of found objects clusters on weathered wooden tables and shelves, the high tide chaos ordered by the right angles of the thick white walls. 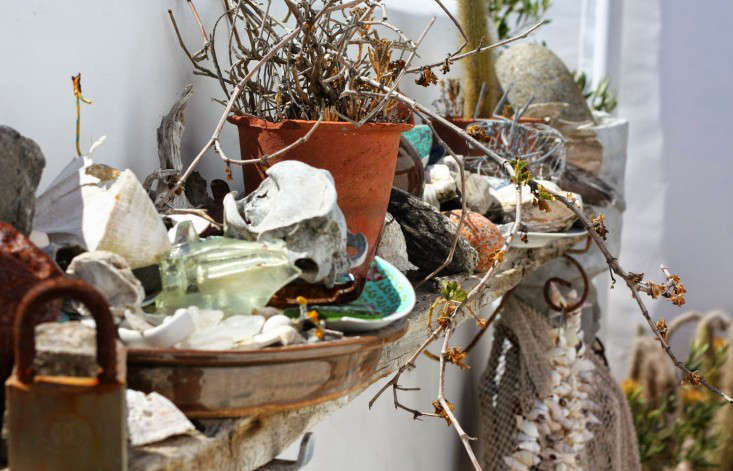 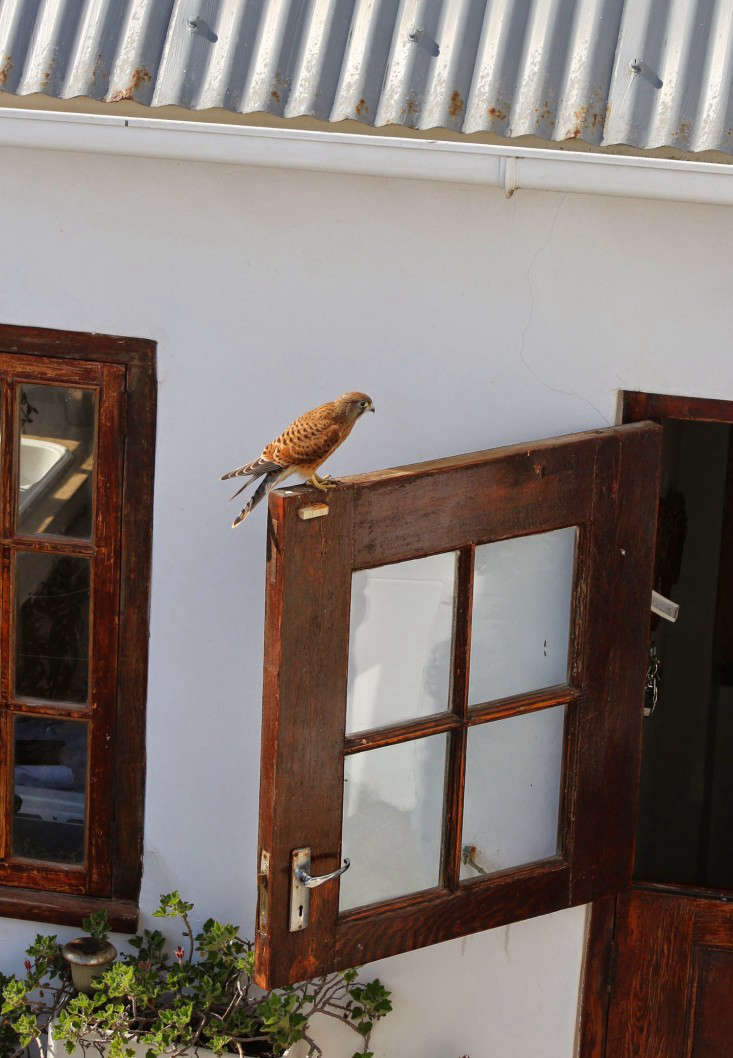 Above: In the courtyard another local bird, the agile rock kestrel is a regular visitor, clambering tamely amongst the gutters and in the thatch, on the hunt for starling nests. 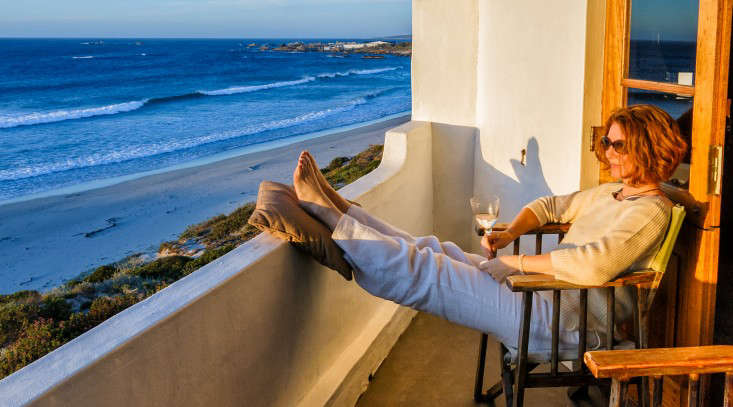 And while the vast coastline lies waiting to be explored, the seduction of a private balcony offers the perfect spot to watch the water, sip the local wine, and wonder why you ever have to go home again.

(The Oystercatcher was sold to new innkeepers, Rob and Sue-Anne Hammer in 2014; the Attrills still live in their home just behind it.)

Traveling to South Africa? For more of our favorite local destinations, see:

10 Garden Ideas to Steal from Greece

by Michelle Slatalla
May 19, 2014
Read all recent posts