For a bookworm client, Paris-based architect Antonin Ziegler built a freestanding library annex to a country house in Senneville-sur-Fécamp on the northern coast of France.

Sited on a cliff above the sea about two and a half hours from Paris, the views are spectacular. To take advantage of them, the architect replaced three of the library’s walls with enormous windows to erase the separation between outdoors and in. On the library’s fourth wall? Floor-to-ceiling bookshelves, of course: 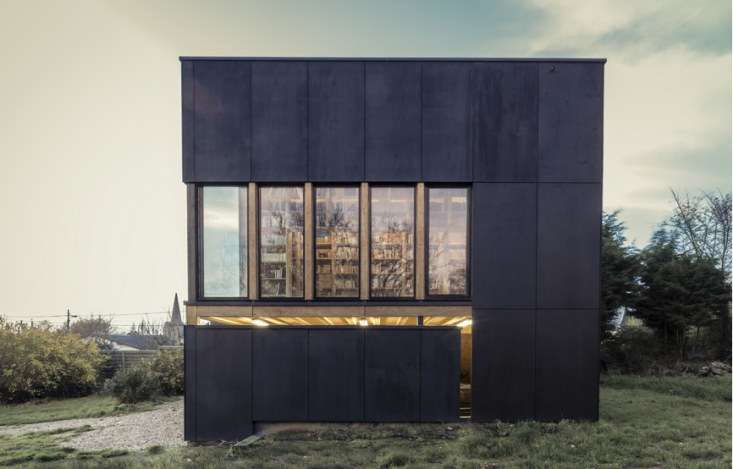 Above: Concealed in the base of the new 650-square-foot library is a garage. The library cube is adjacent to an old stone country house. The dark bulk of the new building “creates a relationship that tends to make the existing house disappear,” the architect says. 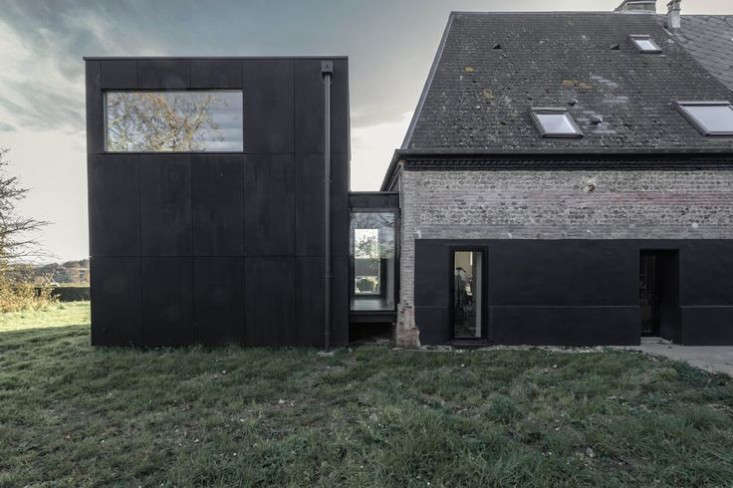 Above: Connected to the existing house by a glazed passageway, the new library is open on three sides–designed to look like a book that is open to the landscape. 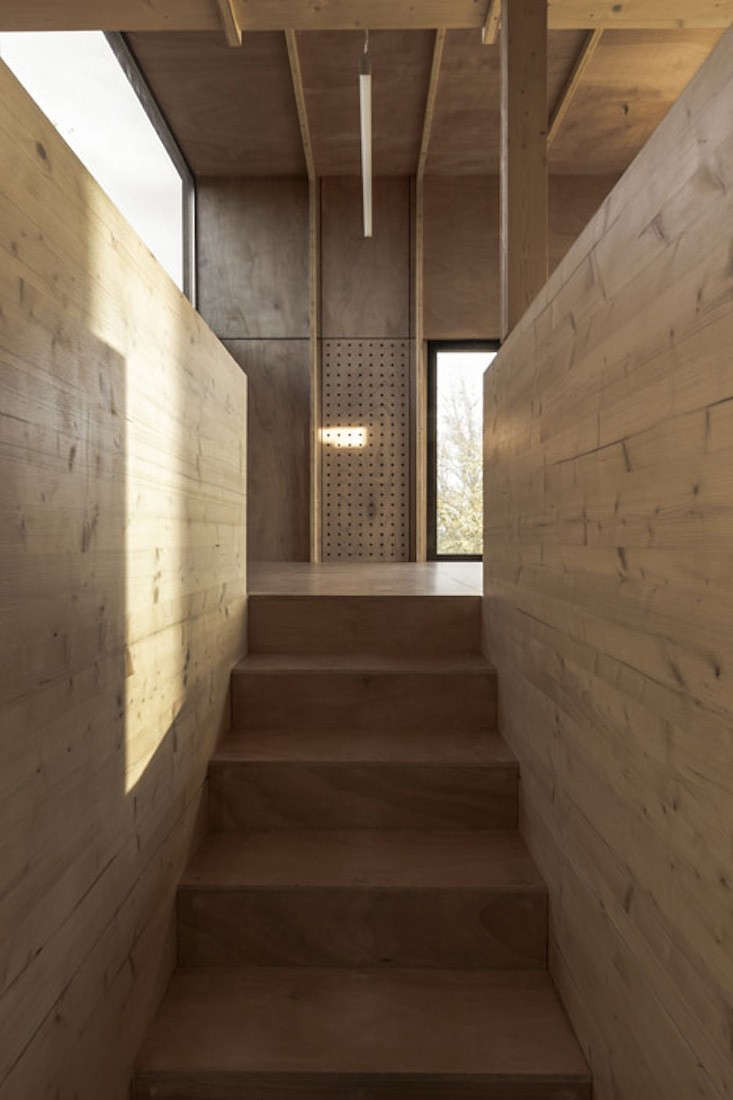 Above: A staircase from the kitchen in the main house leads to the library. 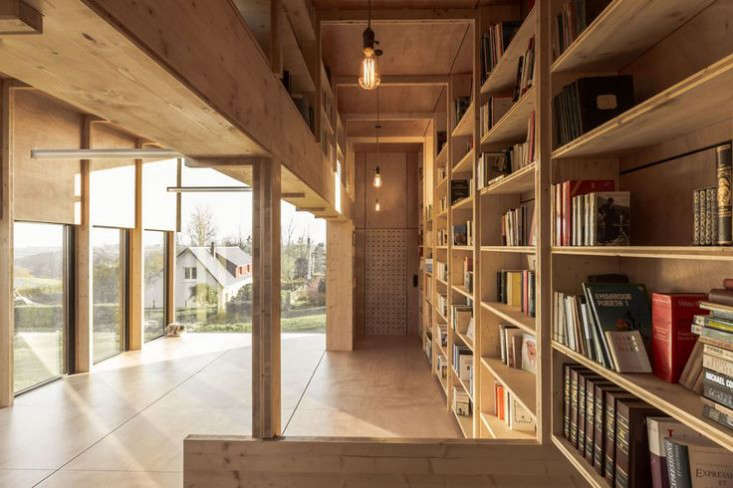 Above: Ceiling pendants and strip lighting illuminate the plywood-clad interior. 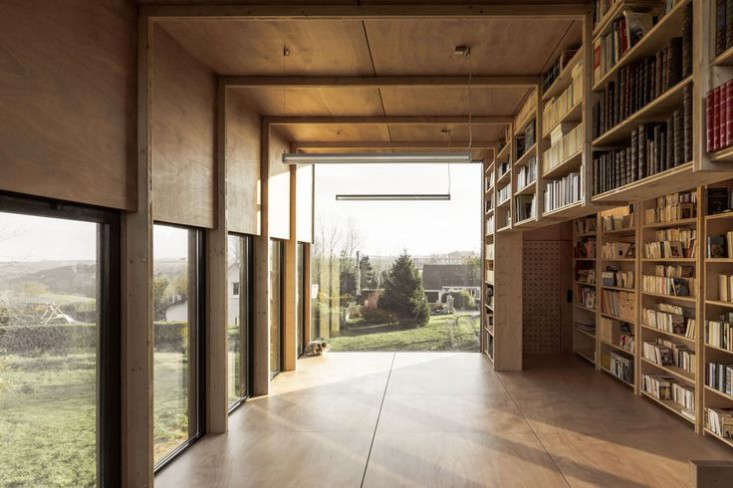 Above: The timber framing runs like ribs up the walls and across the ceiling. 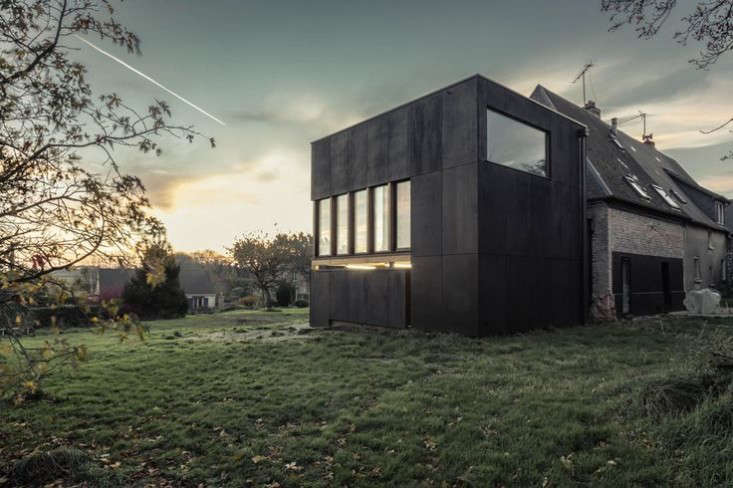 Above: Indoor and outdoor walls are clad in plywood; the exterior siding was blackened with pine tar to create a contrast to the stone walls of the existing house. 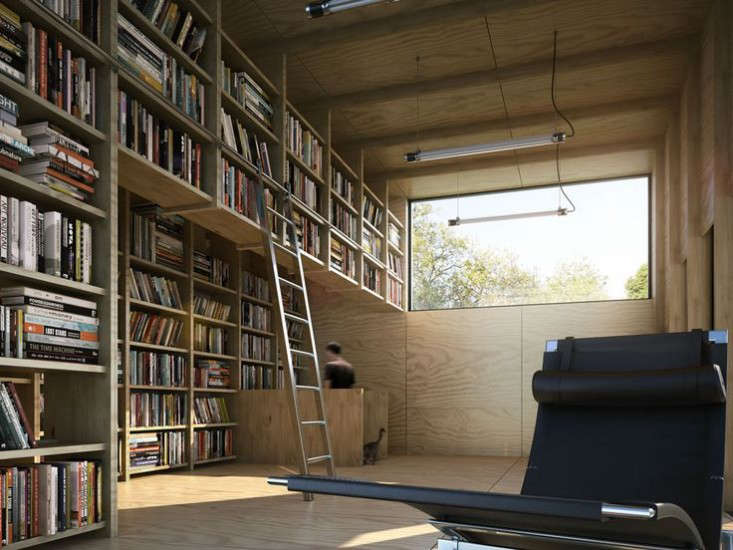 Above: Windows frame views of a nearby village, meadows, and a green expanse of rough grassy lawn. 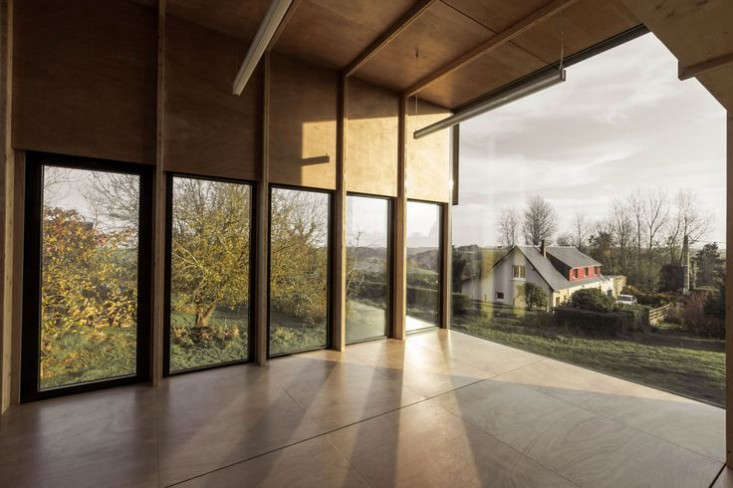 Above: Pale plywood was left untreated on the interior walls and turns a warm golden color in the afternoon sun. 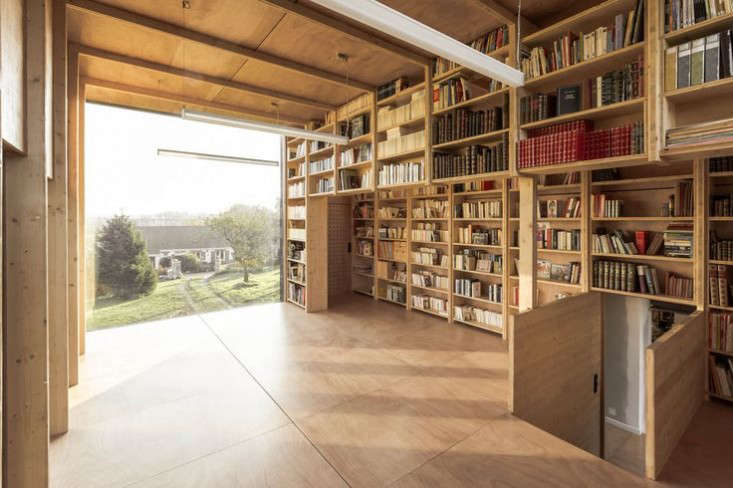 Above: The staircase from the main house rises from the floor in the library. 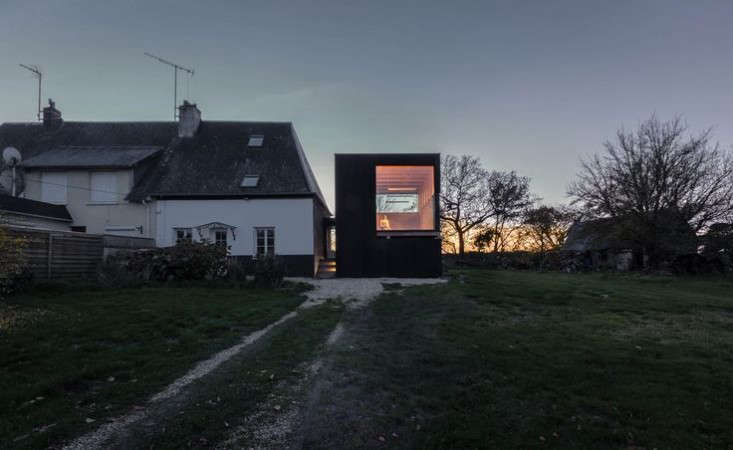 Above: “Inside, piles of books are stacked in every corner and recess. The rhythm of the day is marked by the turning of pages and punctuated by the comings and goings of the house cats,” says the architect.

For more of our favorite book-lined outbuildings, see:

Outbuilding of the Week: A Chic Chicken Coop in France