In the historic Texas neighborhood of Old West Austin, clients asked architect Tim Cuppett to add sleeping quarters to a one-bedroom house (circa 1908). To avoid disfiguring the vintage facade with an attic dormer (or worse), Cuppett came up with a charming solution: the back alley guest house. 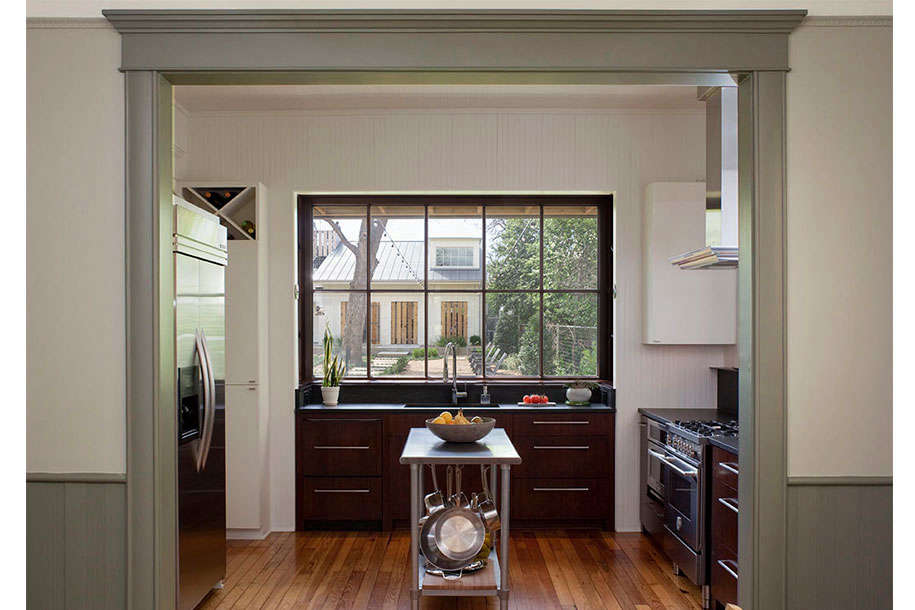 Above: Cuppett knew the house well; he had remodeled the house for the previous owners. After the 1,747-square-foot house house sold in 2012, the new owners asked Cuppett to add bedroom space (for when their grown children visit).

Remodeling the attic was the first step (and added a second bedroom). But going further would have required a dormer or other disfigurement. Instead, Cuppett designed a freestanding guesthouse (visible through the kitchen window) alongside an alley that borders the back of the property. 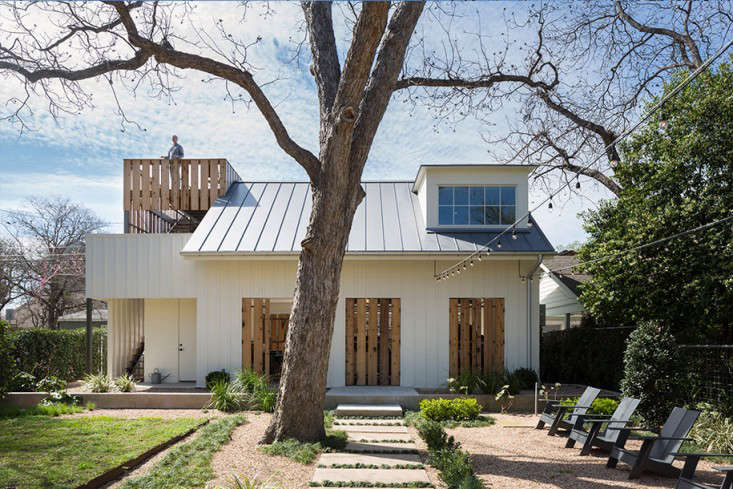 Above: The guest house functions as a two-car garage (with entry from the alley) and has a one-bedroom apartment on the upper floor.

“We definitely did not want a Disneyland replica of the original house,” Cuppett told Austin Home. “That historic structure is representative of a particular place in time. While we want the new to complement the old, we should also be building something current to this time and place.” 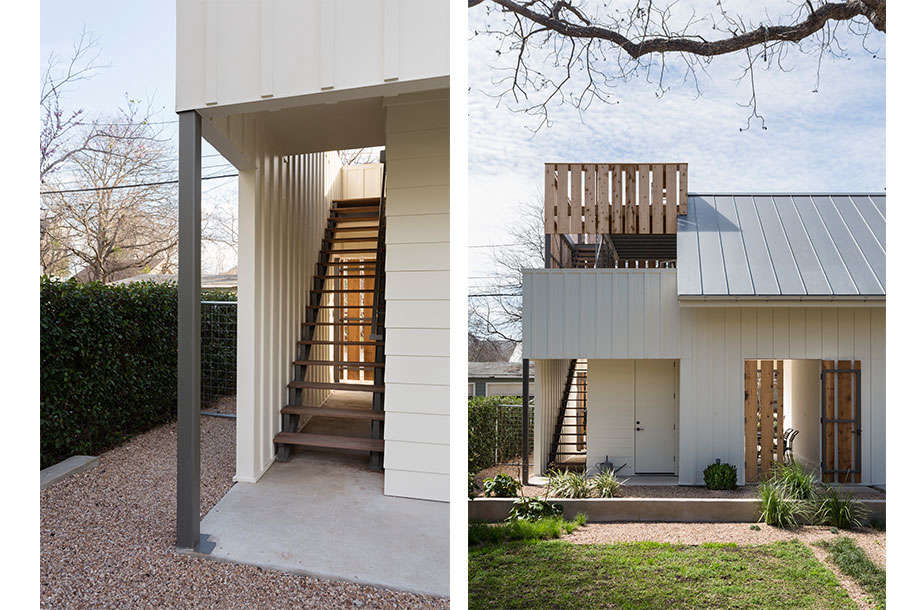 Above: The guest house has a painted board and batten facade. Planks of cedar fencing mimic the pattern of the siding, creating screens and a railing for a roof deck. 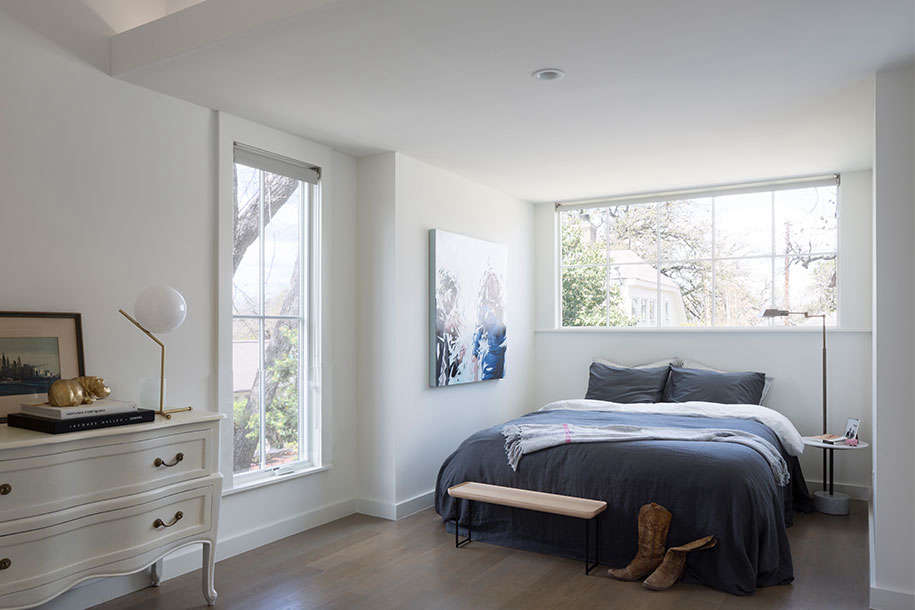 Above: The guest house has a bedroom alcove with a dormer window (above the bed) which mimics and size and shape of a kitchen window in the main house (see below). 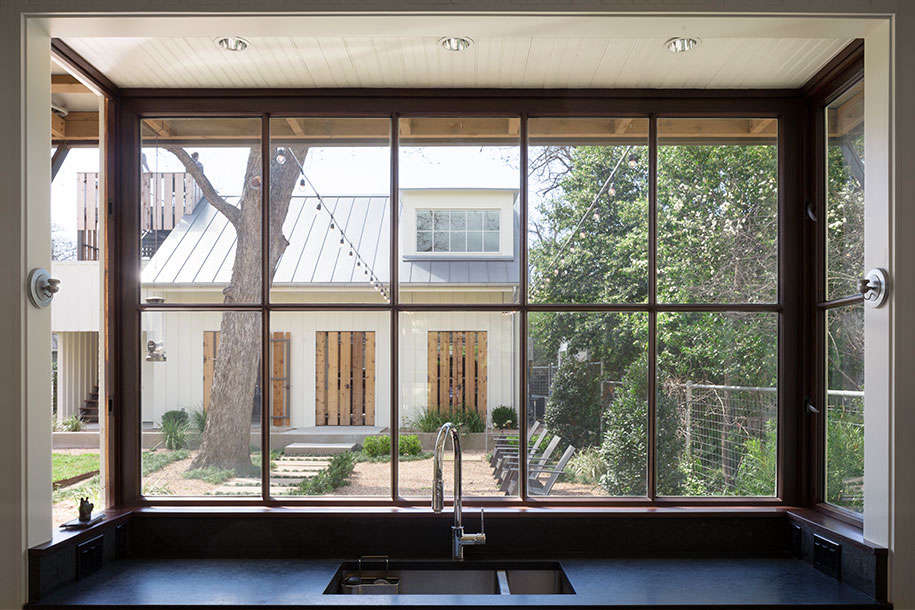 Above: From the kitchen in the main house, the guest house’s bedroom dormer is a prominent feature. 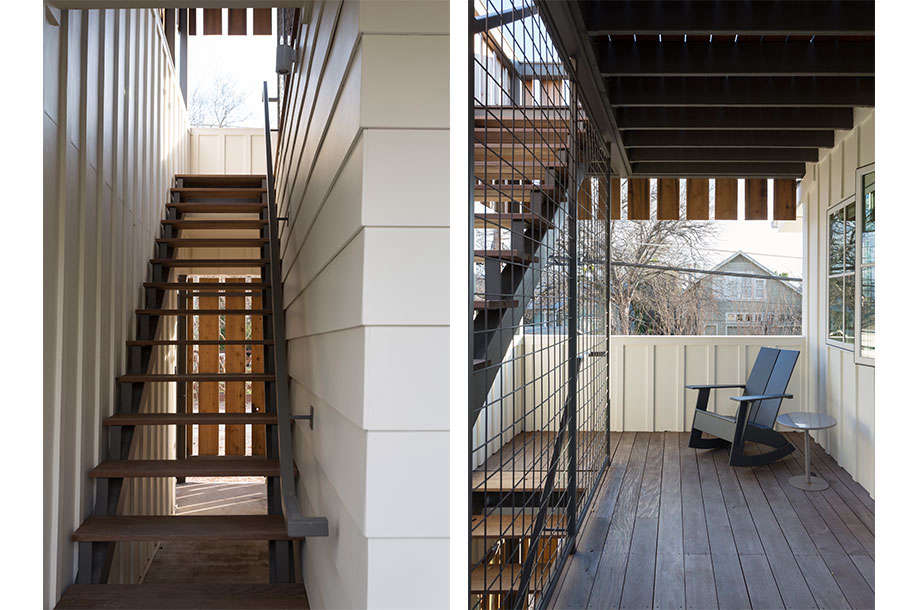 Above: The staircase has a framework of steel stair stringers to support ipe treads. 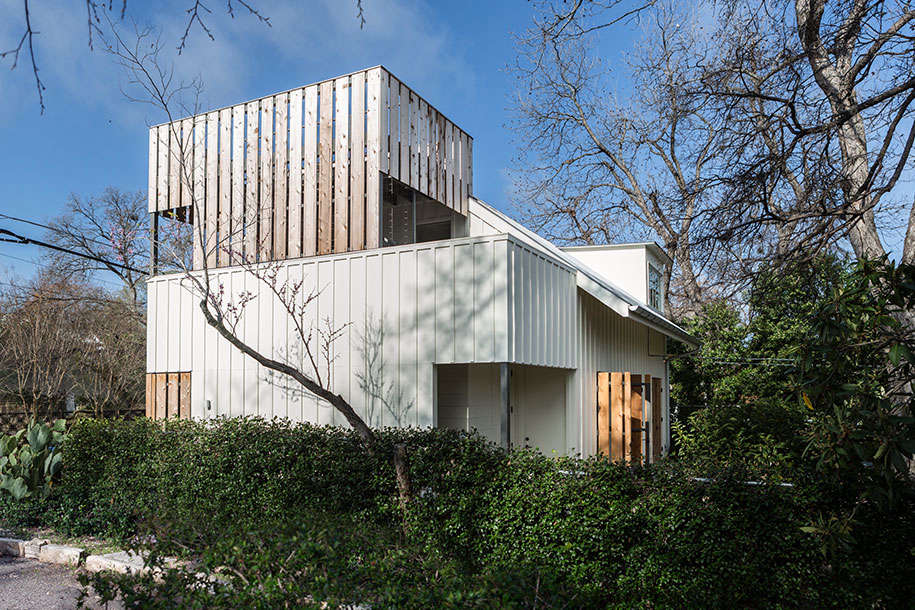 Above: The roof deck offers a view of the Austin skyline. 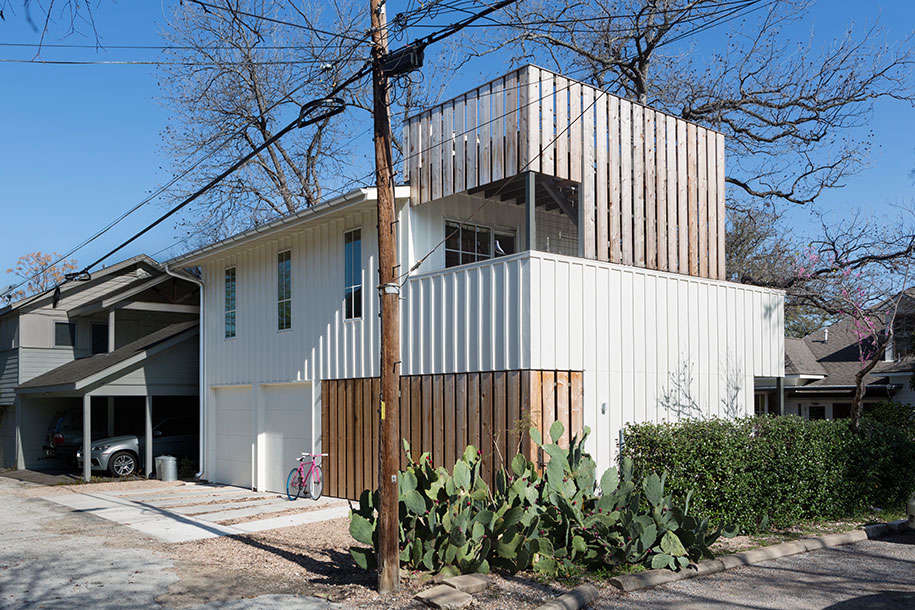 Above: The guest house replaced an old carport. From the alley, the view is distinctly modern. 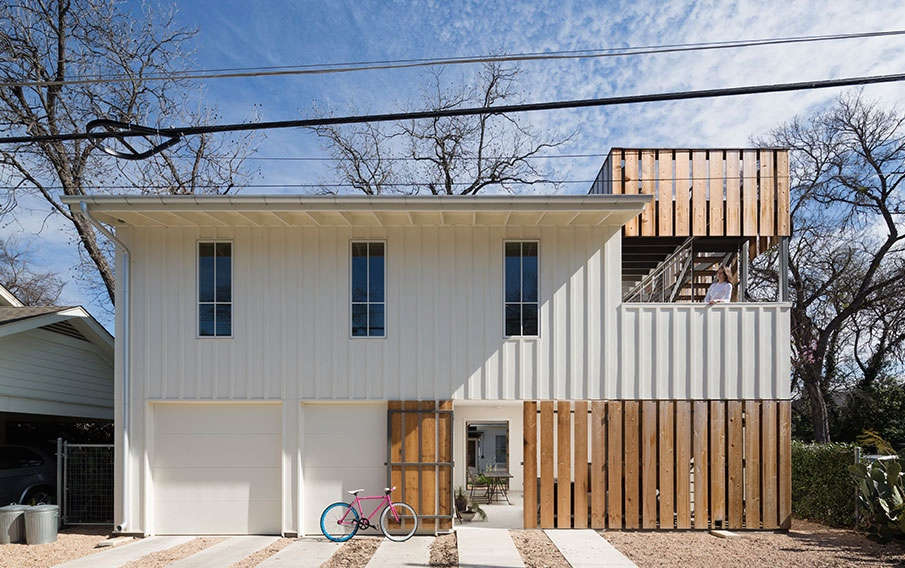 Above: Clever sight lines allow a glimpse of the house in the distance. 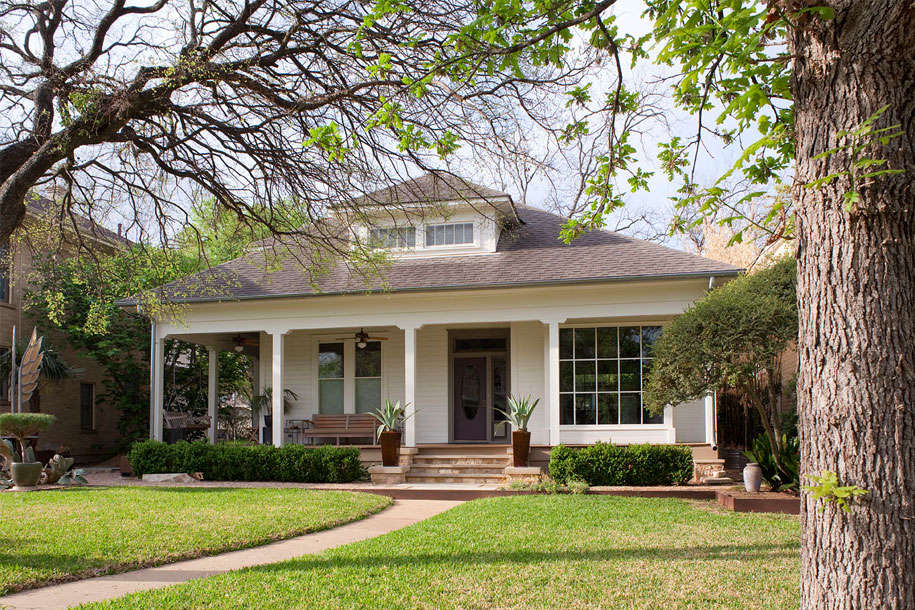 Above: From the street, there is no hint of the modern guest house sited behind the main house.

For more of our favorite backyard guest houses, see:

Shisito Cocktail: October in a Glass