Argentario is a promontory on Italy’s west coast, overlooking the Tyrrhenian Sea. It is also the name of an estate with wooded hills disguising some fine minimalist architecture, including this open-air platform for gazing at the Tuscan Archipelago. It’s a good place to hang. 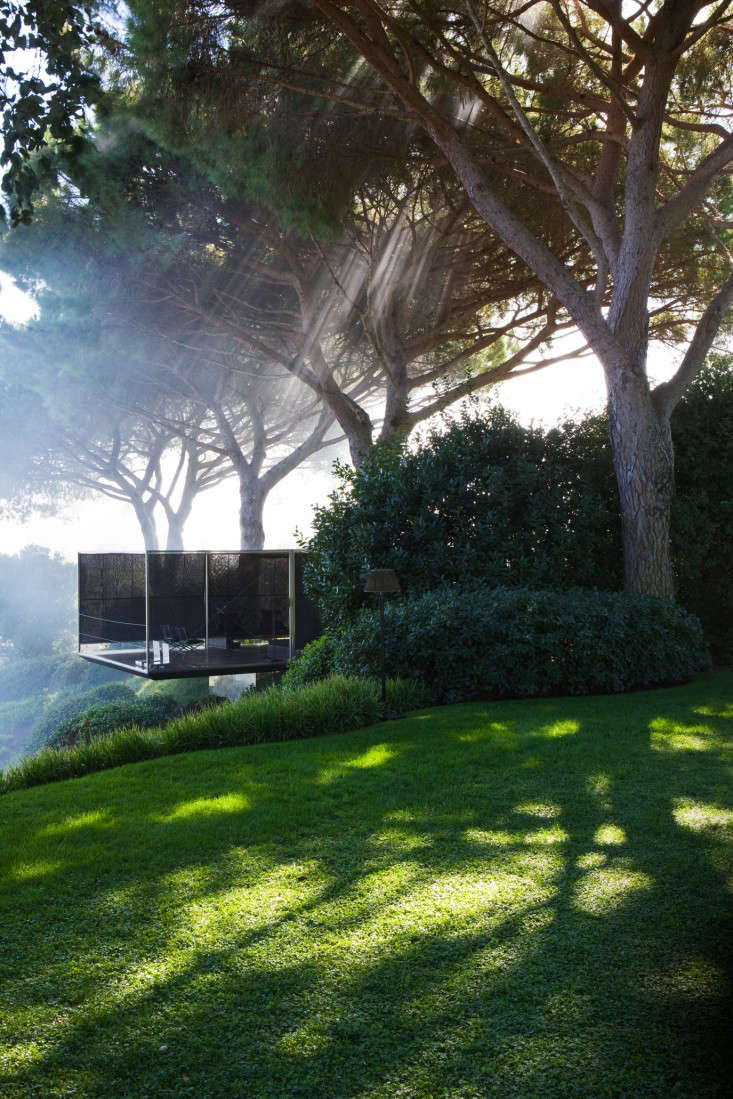 Above: The ongoing project in this area of Argentario began in 1996 with the involvement of Paolo Pejrone, Italy’s most renowned landscape architect. Manmade verticals mingle with those of the woodland in a way that doesn’t disturb nature but somehow enhances it. As Mediterranean garden writer Louisa Jones says: “Almost nothing on site was removed but much was added.” 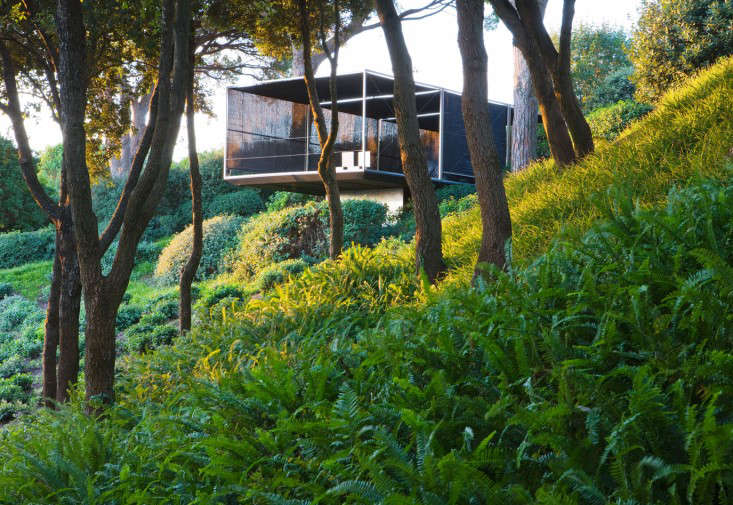 Above: There are a number of boxed areas and platforms on the Argentario estate, but none are quite as dramatic as this one. The elongated construction appears to hang off the side of the mountain. It looks right. 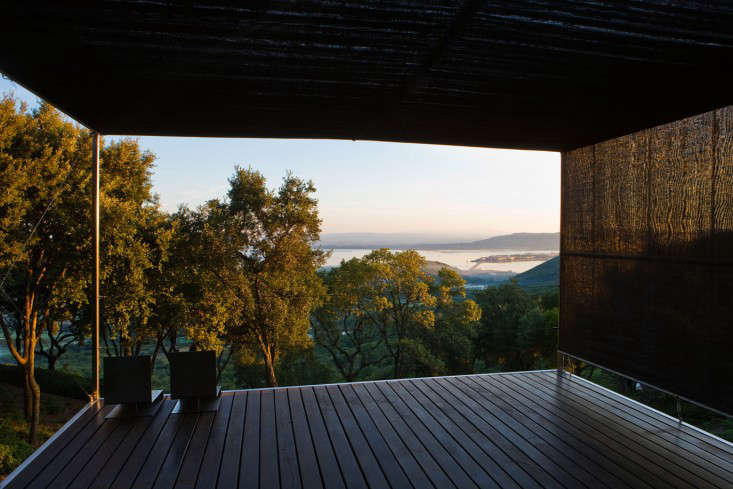 Above: Materials have been carefully considered. Chestnut planks form the flooring: burned for darkening and then varnished. The topography here consists of the brown and green of bare earth and trees, the latter mainly oak and pine. Argentario was once an island–it is now a promontory–and there are sea views on almost every side. 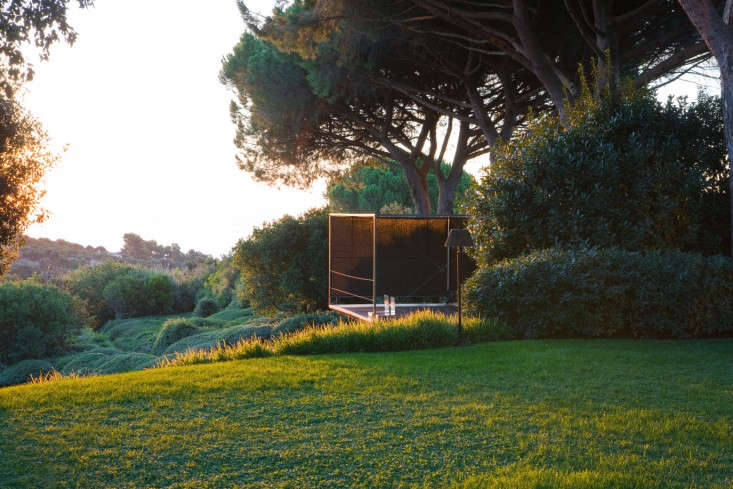 Above: Paolo Pejrone is known for his sense of space and his in-depth knowledge of plants. He was aided in the architecture by Rome’s Studio Lazzarini Pickering, and in the approach to planting by the estate’s very keen owner. Eight full-time gardeners are employed to maintain about 35 acres. But the estate covers 80 acres in all, and more is being cultivated–mainly through pruning, which is done three times a week. 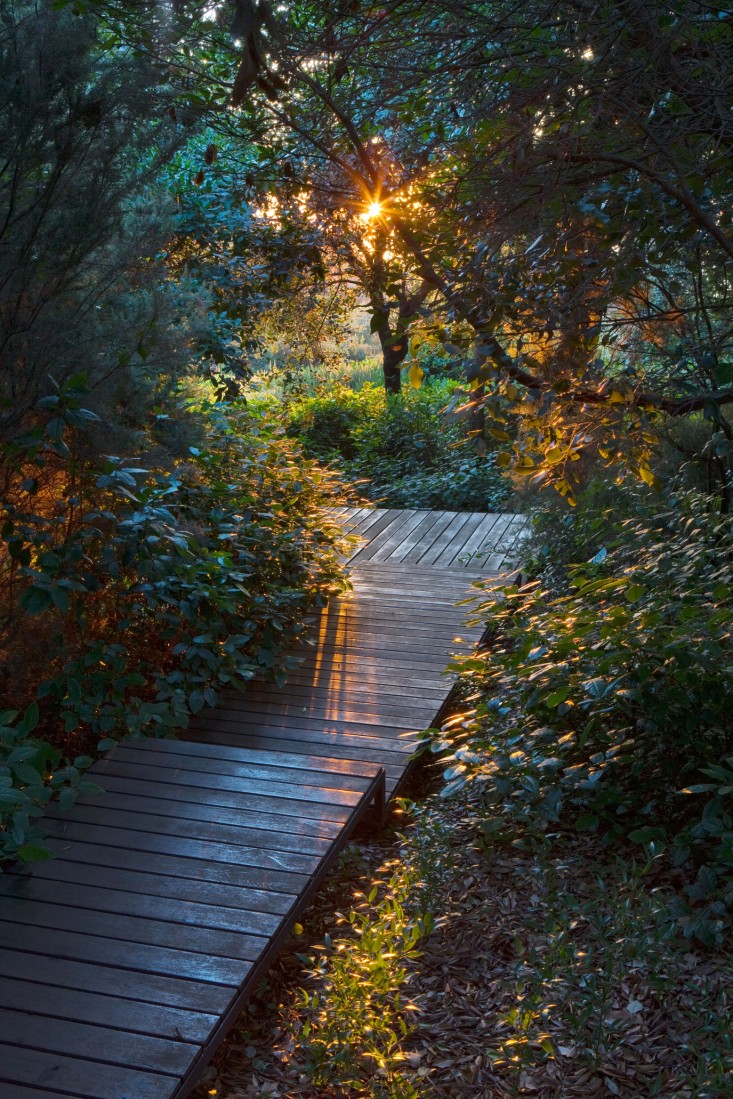 Above: Wooden steps, decks, and walkways appear to float over the shrubbery. The evergreens either grow in small tight groups or are kept that way–though the landscape looks natural, it is highly maintained. 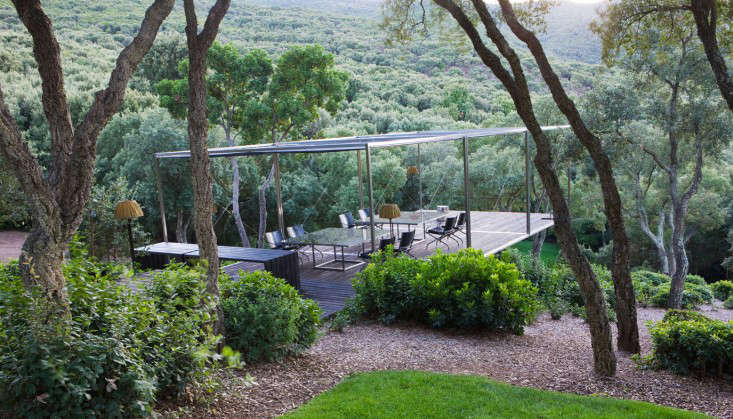 Above: Nothing is fixed in this floating box. The surrounding screens are removable and the furniture can be rearranged for eating or just sitting. It is an adaptable viewing/eating/living area. 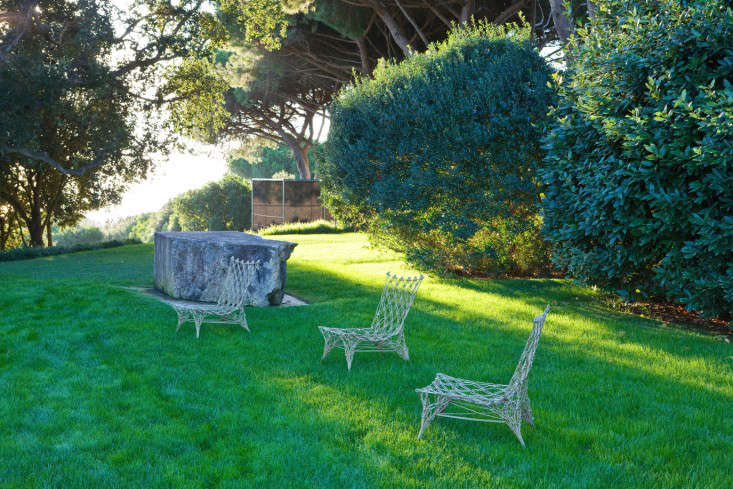 Above: The greensward, most definitely manmade, is a sign of luxury. Grass here requires constant watering, unlike the neighboring shrubs. These are part of the Tuscan macchia, the dense evergreen shrubland found all over the Mediterranean.

Dreaming in Blue at a Stylist’s Hamptons Compound