There are people who choose to visit gardens in the rain. Less crowding, good light, more atmosphere. In the case of England’s most popular gardens, such as Hidcote in Gloucestershire, this could be the only sensible way.

When a seminal garden is open in winter, and it happens to be raining, well that is even better. With no people blurring the lines and no flowers either, the plan of the garden steps up. It is all about the land and how it has been shaped. Circles, straight lines, crossroads: they all require choices to be made. The most dramatic vista, cutting through the middle of the garden, can be seen in its entirety only through a doorway that leads to another doorway and down some steps. There is no choice here: one is drawn through.

Photographs by Kendra Wilson, for Gardenista. 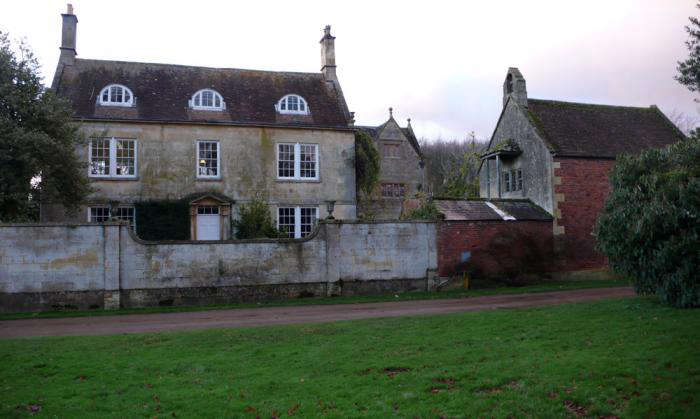 Above: The house with chapel. A low-ish wall intersects a vista from the door, of lateral trees leading away across the paddock opposite. 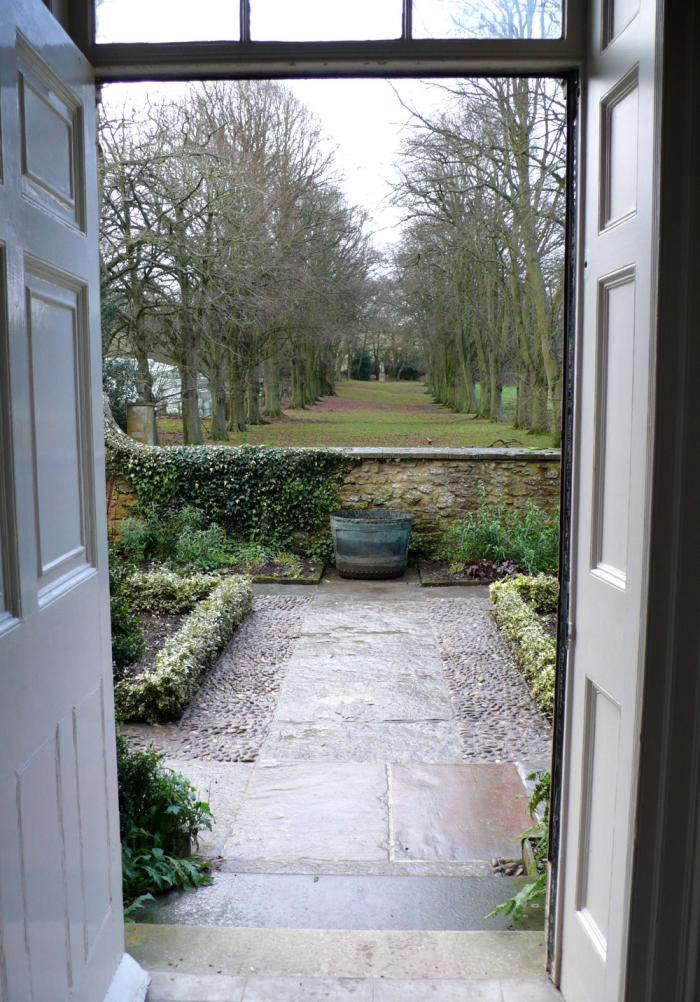 Above: The first vista on leaving the back of the house. Lawrence Johnston, who made the Arts and Crafts garden at Hidcote Manor in the first half of the 20th century, was of the belief that a garden was preferable as a series of compartments instead of as a single panorama that gives away everything at once. The garden wall here cuts straight across the bigger picture, a hint that not all is obvious. 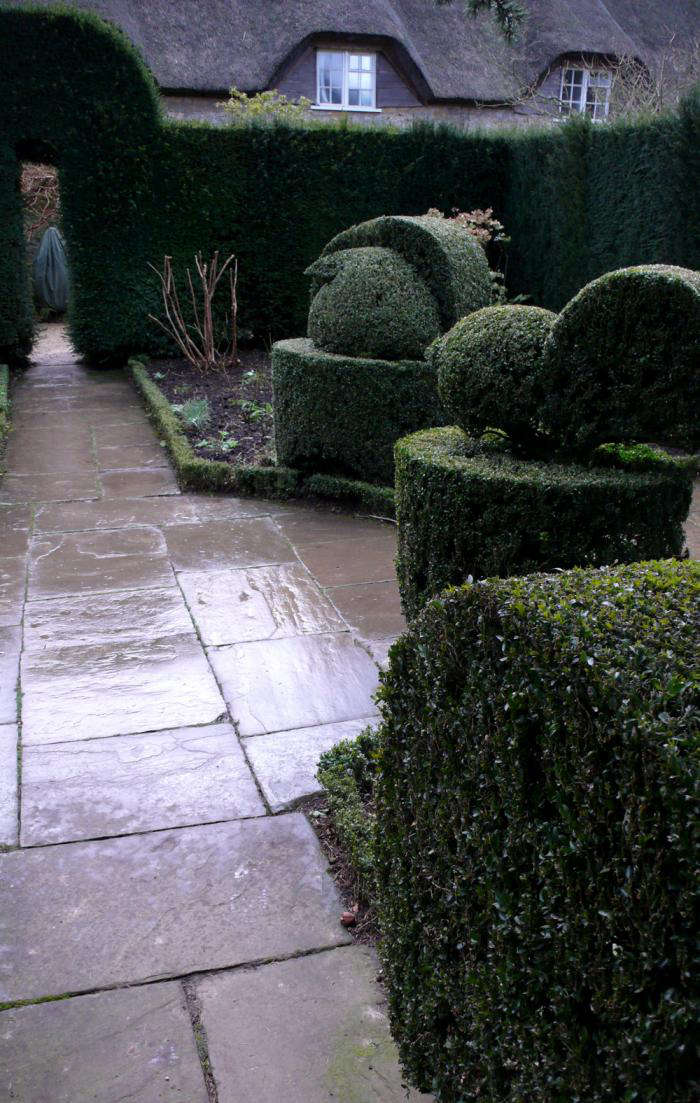 Above: The old walled garden was the first area to be developed by Major Johnston, a descendant of wealthy stockbrokers from Baltimore. The thatched estate cottages over the wall lend coziness and face the main house, playing down its formality. A spreading cedar of Lebanon hangs like an umbrella over this part of the garden, closing the space. 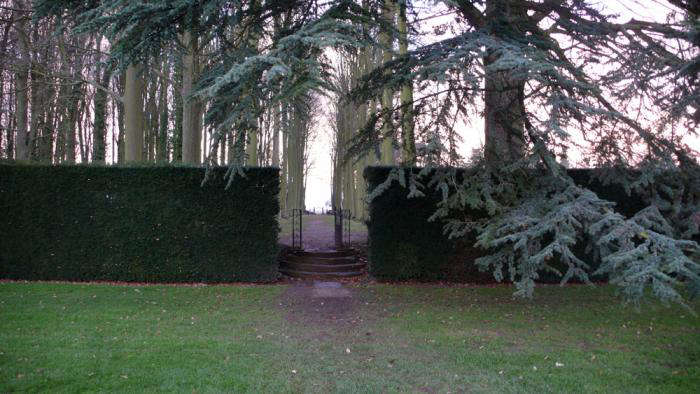 Above: The garden is also about hedges: there are four and a half miles of them. The path through the gate here leads through an avenue of beech to another gate, at the garden’s edge. The kitchen garden, including pigs, is on the right of the trees. 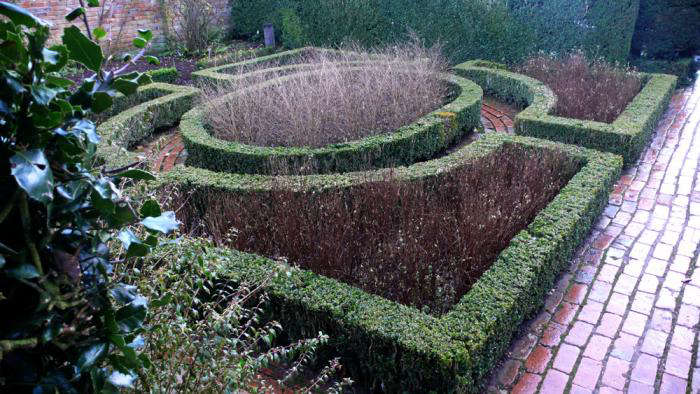 Above: The Fuchsia Garden, which Johnston developed as he began to push the original garden beyond the confines of the old walls. 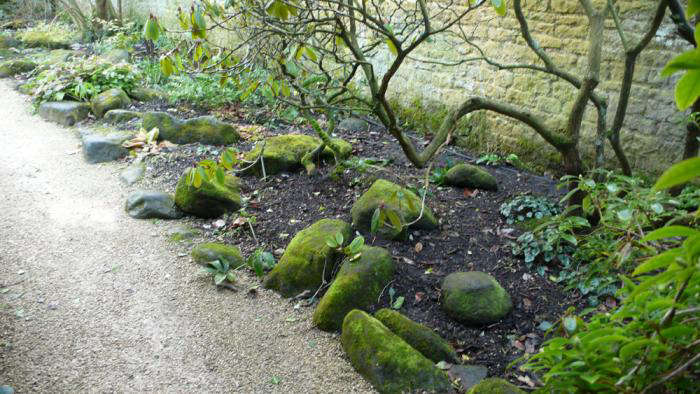 Above: in the Old Garden, an arrangement of boulders used as informal edging is revealed in winter. The effect is not very English, more Mediterranean. Lawrence Johnston was an American ex-pat who grew up in France and had a house on the Riviera. He spent much of his adult life here in the Cotswolds with his formidable mother, Gertrude. 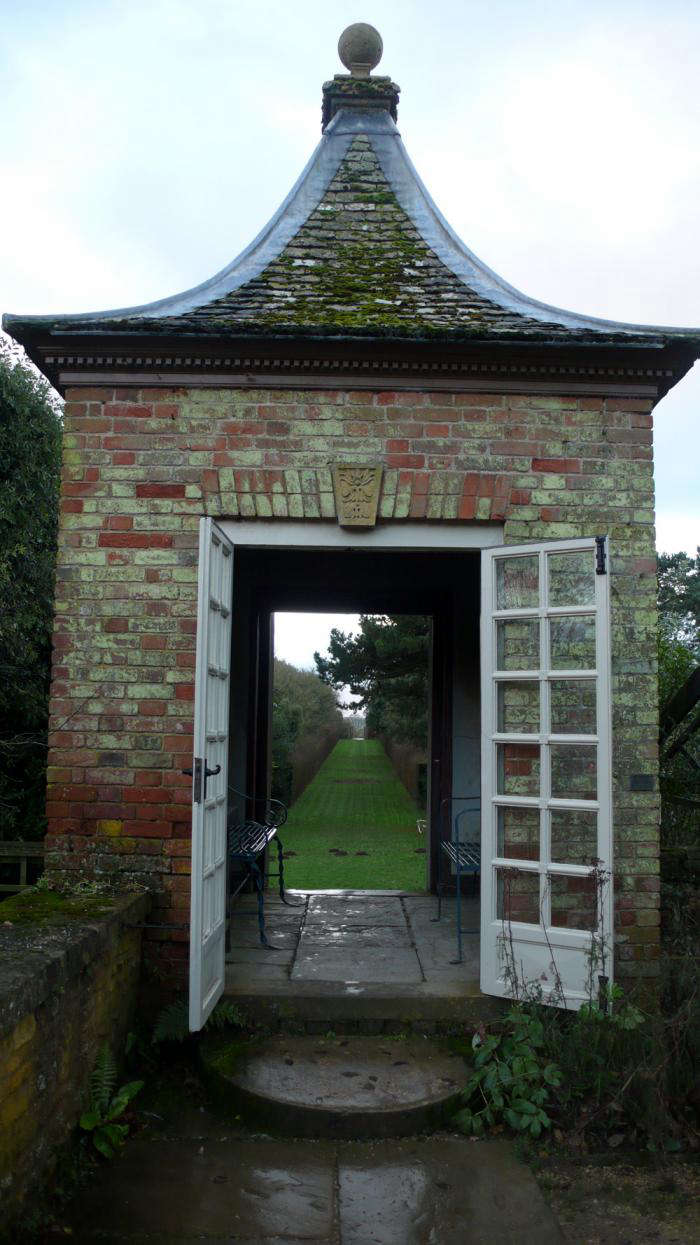 Above: One of two parallel pavilions which frame the view and provide punctuation for adjacent borders. The Long Walk leads straight down to a view of the Cotswold Hills, framed all the way by very tall hedges, mainly of hornbeam. They are intersected with narrow arched openings leading to and from the series of garden rooms on either side. 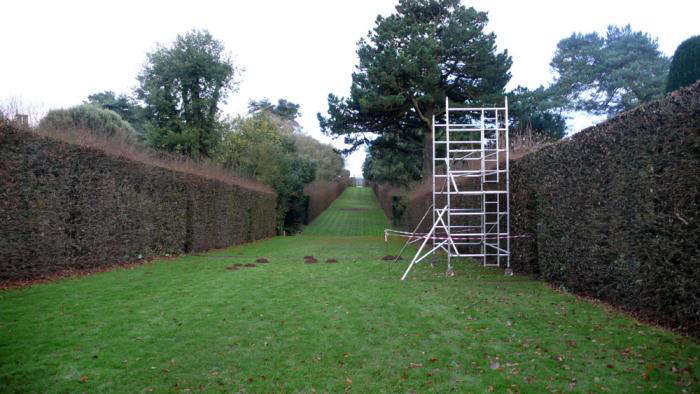 Above: The hedges take six months to cut. Before and after; left and right. Besides the hedge-cutting apparatus, mole hills punctuate the scene but amazingly, no people. 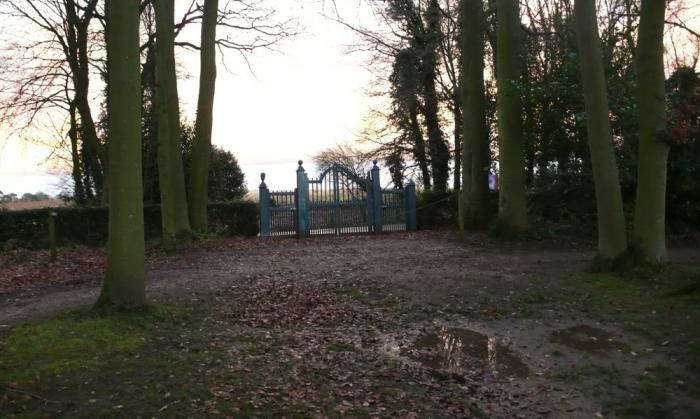 Above: And more lines of trees: this time the avenue of beech next to the kitchen garden reaches its end, leading to the world beyond.

Garden Visit: Opus 40, An Environmental Sculpture in the Catskills