Imagine a hotel in such a remote region of India’s Himalayan foothills that prospective guests must take an overnight train from Delhi, then drive on hairpin mountain turns for eight hours, and hike for an hour and a half along a narrow path cut into the side of a steep cliff. If I actually made it there alive I might not leave. But then, why would anyone? Look at the views from Shakti 360° Leti: 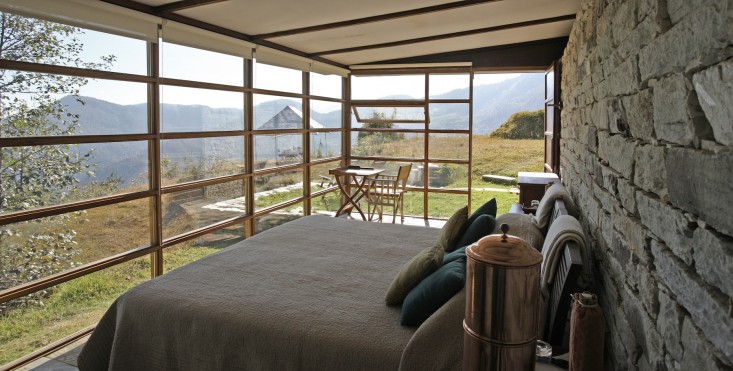 Above: The brainchild of Parsi travel specialist Jamshyd Sethna, the four-cabin resort is on a plateau 8,000 feet above sea levels. It offers spectacular views and guided “village walks” to neighboring towns. The idea behind the walks is to introduce visitors to local culture that might otherwise be considered too remote for the average traveler to experience. 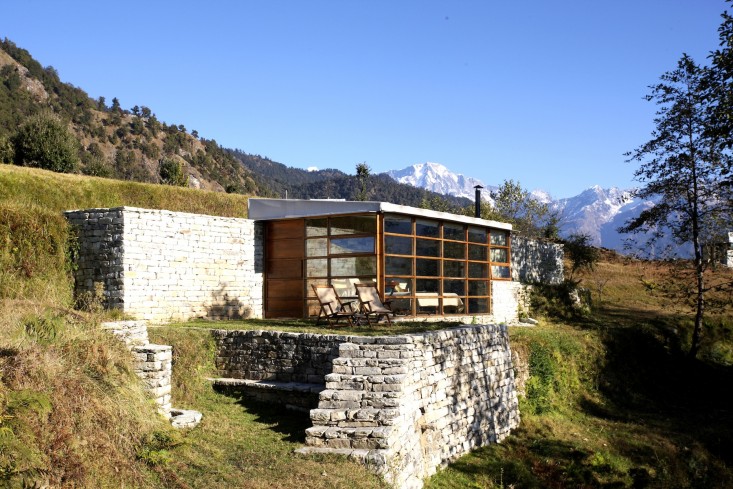 Above: Each guest room has a wood stove for heat. 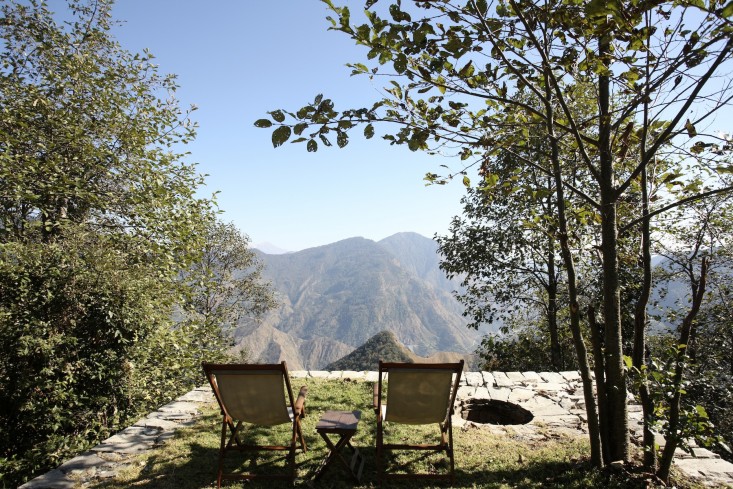 Above: The cottages have solar power, private terraces, and fire pits. And no Internet. 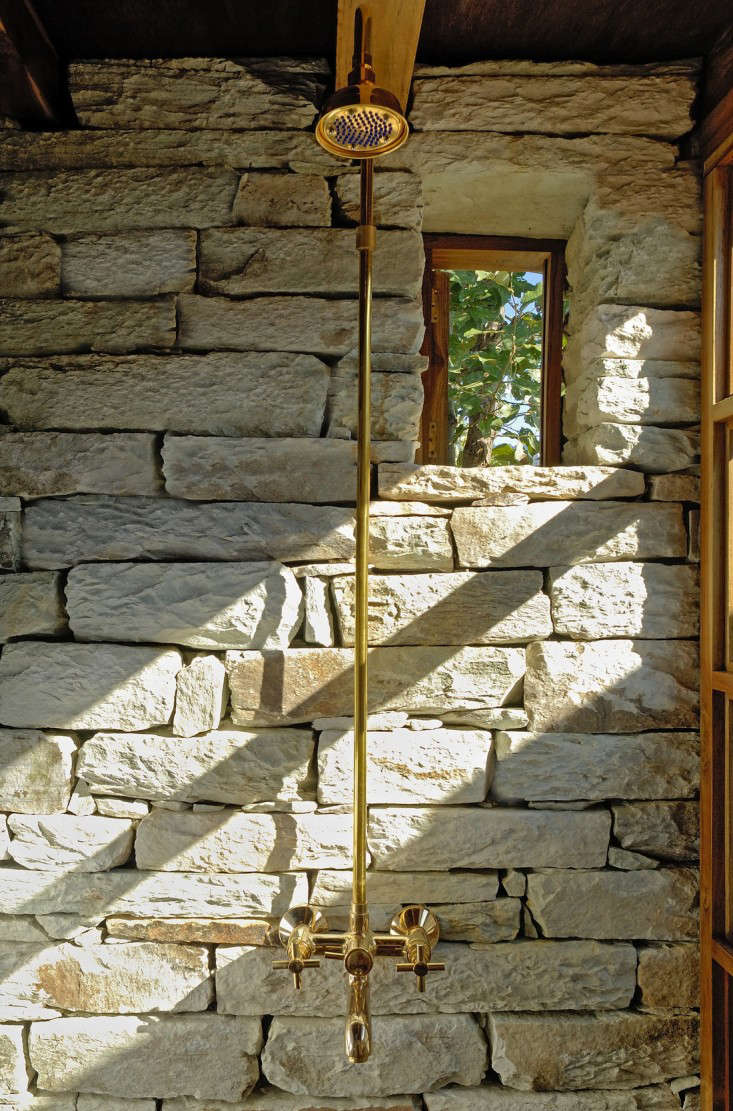 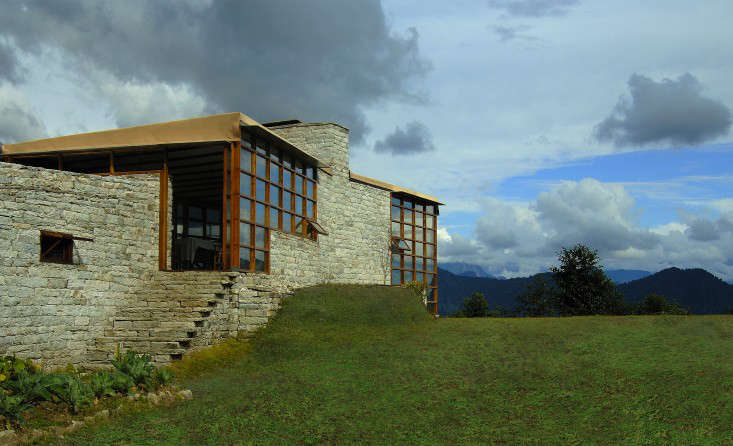 Above: At the resort, meals are served in a separate lounge and dining building. 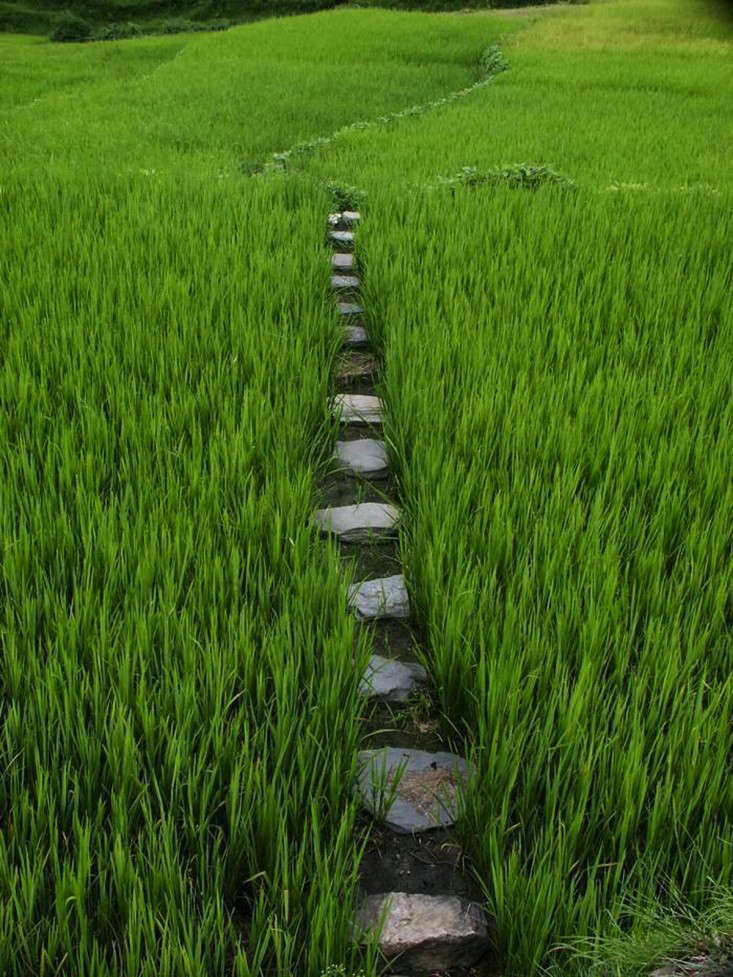 Above: A stony path leads to Deora village. 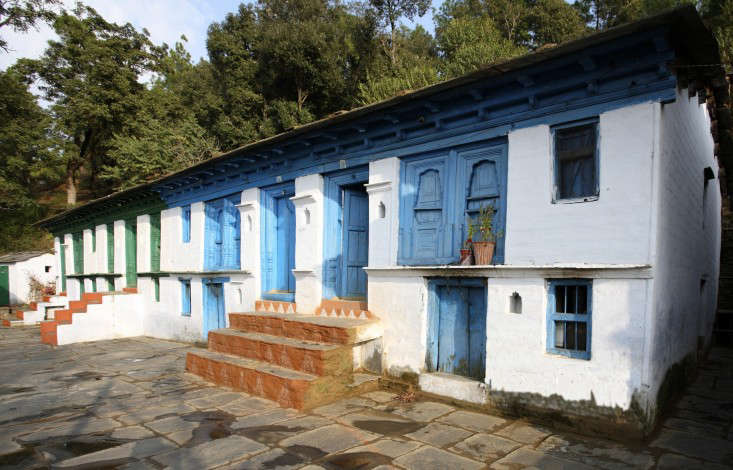 Above: Shakti 360 Leti is in the Himalayan foothills in Uttarakhand, India. Map by Google.

Are you an amchair traveler instead? See Household Homespun from India on Remodelista. See more of India in our Gardenista Gallery of photos.

Outbuilding of the Week: Tree Cocoon

10 Garden Ideas to Steal from India