Outdoor shutters that actually work (as opposed to the faux variety) score high in both form and function. Traditionally used to insulate and ventilate a house, shutters also are useful when designing a sustainable building. And they look great. No wonder exterior wooden shutters are making a comeback: 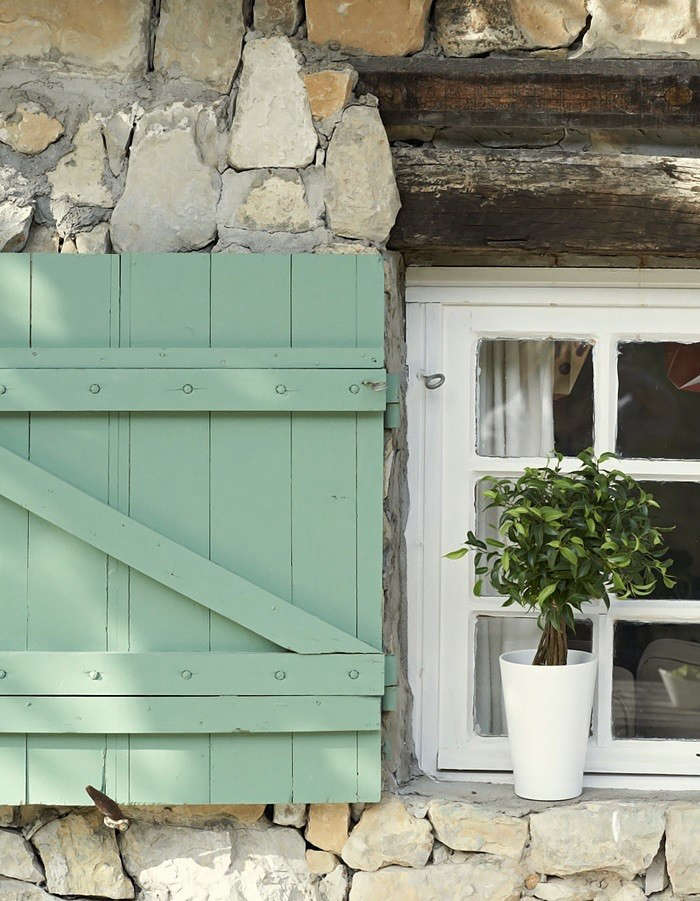 Above: A rustic wooden shutter on a cottage in France. Photograph via Ikea Family Live.

What is the history of exterior shutters?

It’s said that shutters date to ancient Greece, when marble was the material of choice. Over centuries, wood shutters became the preferred window covering to repel animals, insects, noise, light, and weather. After glass was developed, shutters continued to be used to protect the expensive glass and provide privacy. Early shutters were typically flat panels or connected boards (board and batten). Louvered shutters, which provide both ventilation and privacy, arrived in the mid-1700s, and adjustable louvers were developed in the mid-1800s.

Shutters, common on houses from the outset of American history, lost favor in the late 1800s during Victorian times, when heavy interior drapes became de rigueur. Shutters made a comeback with the revival of classical architecture, but the development of new building technologies (storm windows, screens, and HVAC systems) and the popularity of post-war building materials (aluminum and plastics) relegated them to a mostly decorative role in the 20th century. But as green-building efforts gain momentum, these old-style architectural features are getting more attention. 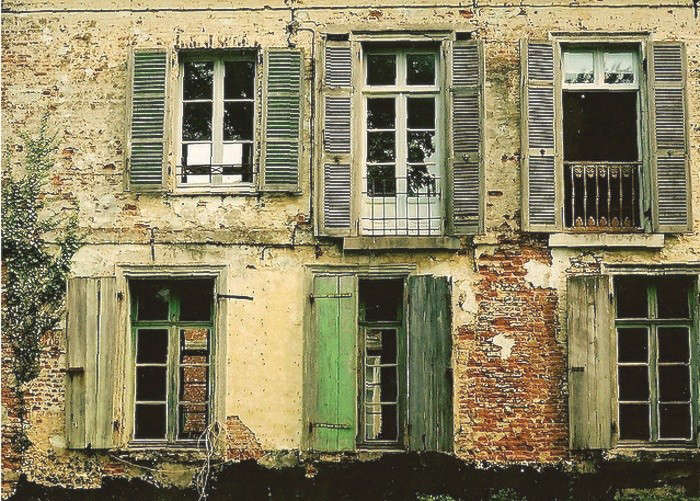 Above: An old country house in France. “Most homes would have solid panel shutters on the first floor for privacy and security,” says The Old House Guy, “and louvered shutters on the second floor to allow the breeze to enter during the warm months.” Photograph by Leslie Thomson via Flickr.

How can exterior shutters help my house? 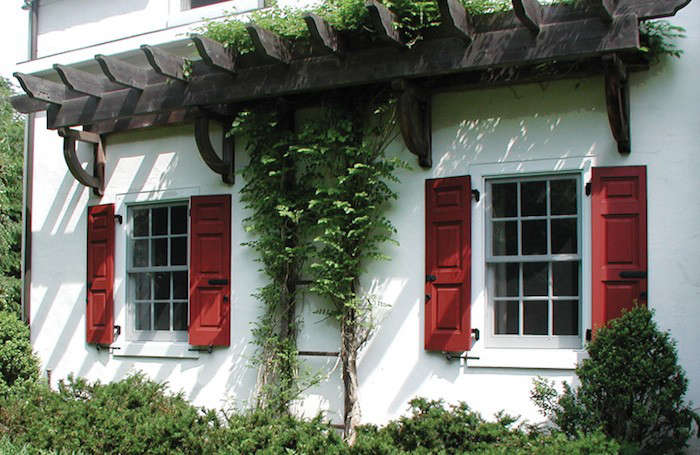 What are the different styles of shutters?

Above: Images via Architectural Depot.

Variations on these include arched tops (to match arched windows), cutouts in panel or board-and-batten shutters, and louvered and paneled styles combined in one. 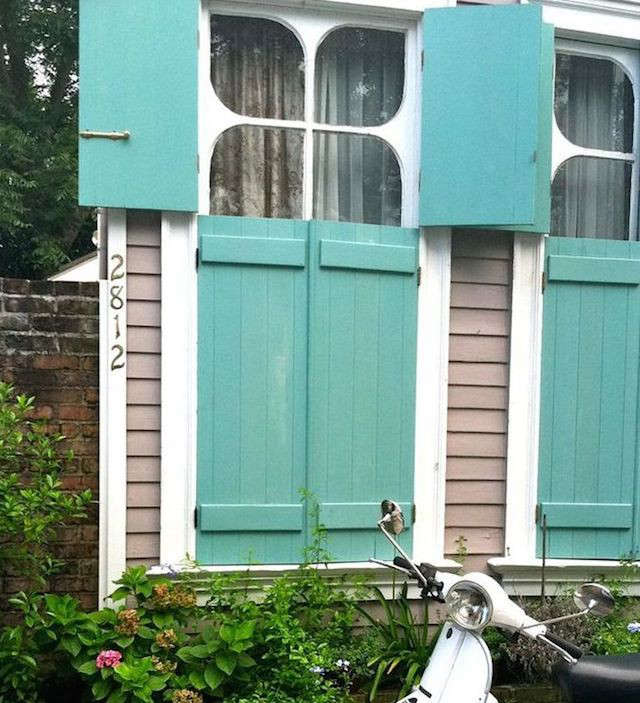 Above: Double board-and-batten shutters on a house in New Orleans provide light through the top while still offering privacy on the bottom. Photograph via Nest Egg. 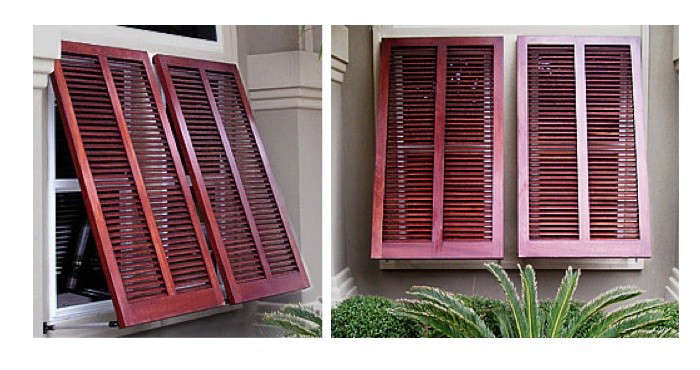 Above: Bermuda shutters are a good solution if you lack the space beside your windows to hang traditional shutters. Photograph via Gulf Coast Shutter.

How do you mount exterior shutters?

First, make sure you have the correct size for your windows. Shutters fit inside the window opening, and each shutter’s width is half the width of the opening. Paint or stain them before hanging. Then attach them to the window trim, or casing, with hinges so they pivot into the window opening and rest flush with the casing when closed. To hold the shutters in place when open, attach a piece of hardware–with the unusual names of “shutter dog” or “rat tail”–to the house. You’ll also need a latch to hold them closed. See How to Hang Exterior Shutters at This Old House. 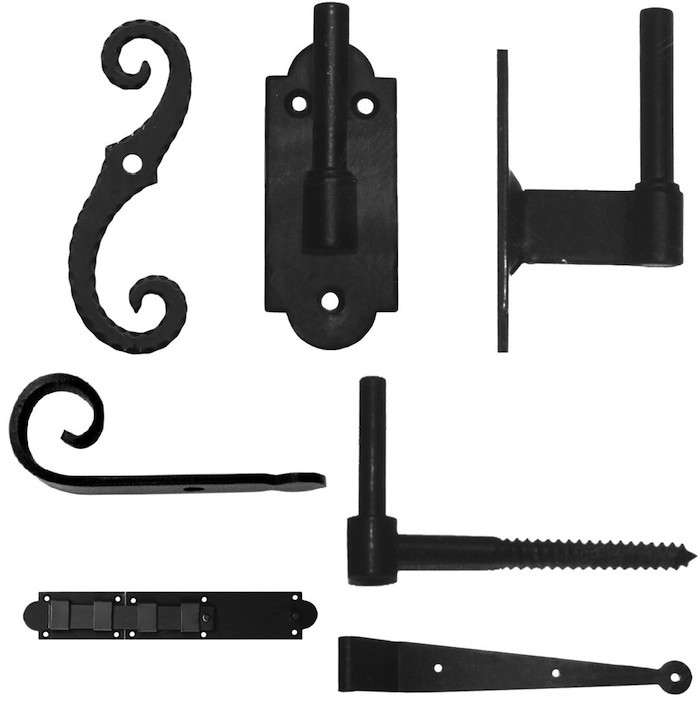 What is the difference between plastic and wood shutters?

Shutters come in a range of materials, including wood, composite wood, PVC, and aluminum. Vinyl is only appropriate for decorative faux shutters. Wood is the best choice if you want shutters that are functional, architecturally accurate, and aesthetically pleasing. We recommend a quality wood like cedar, which is naturally rot- and insect-resistant. Yes, composite or aluminum may last forever, but with care (that is, periodic refinishing) wood shutters can last just as long (and look a thousand times better). Even unfinished cedar is relatively maintenance-free, turning a nice silver over time. 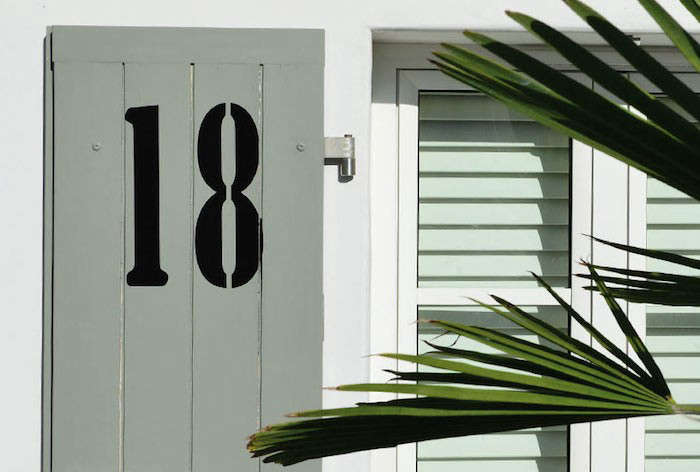 Above: Simple board-and-batten shutters create a clean look for windows at the Les Bois Flottois Hotel, on France’s Ile de Re. Louvered blinds have been installed inside the room.

Shutters are often associated with federal, Georgian, colonial, and cottage-style homes, but they’re suitable for many architectural styles. Unadorned flat-panel or board-and-batten shutters can be paired with windows of modern houses. Custom-built shutters are another option. 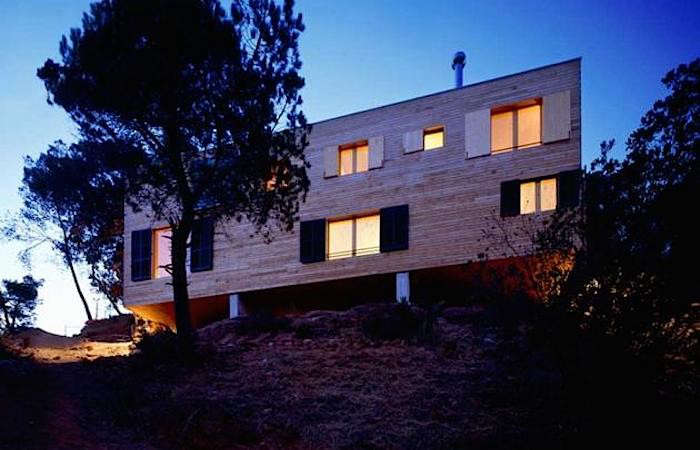 Above: Simple wood shutters (shown open at night) are used at the H Arquitectes House 205 in Vacarisses, Spain, winner of the Spanish Architecture Council’s award for sustainable design. 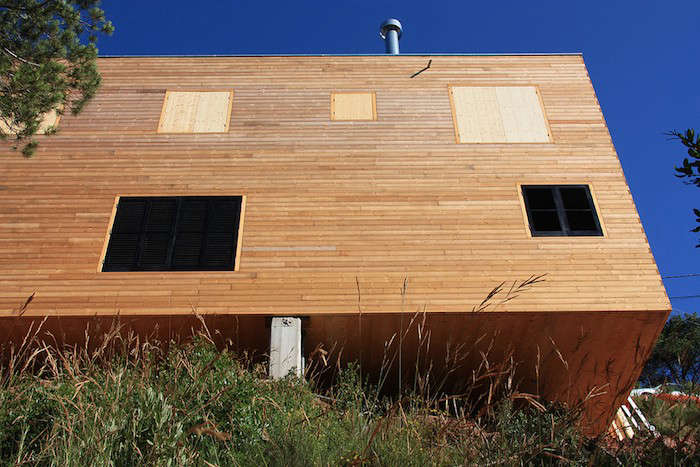 Above: On a hot day, the shutters at the H Arquitectes House 205 are closed to keep the interior cool. 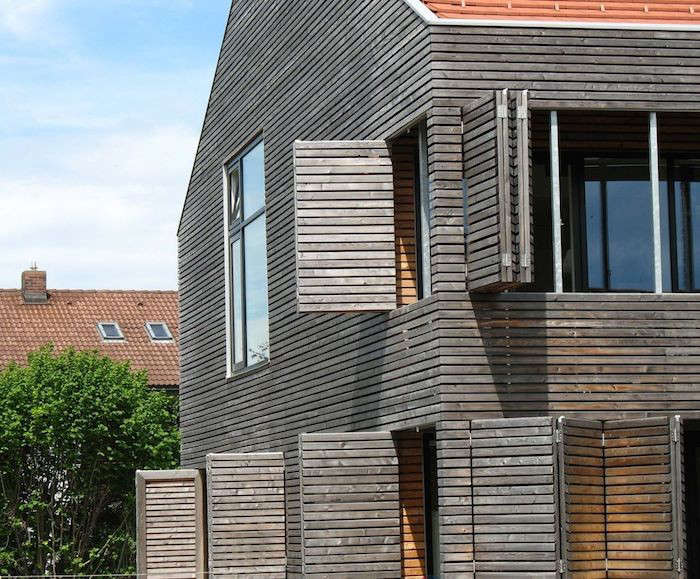 Above: Hinged and slatted shutters were designed to filter light on a project in Germany by Becker Architekten. Photograph via Arch Daily.

Can I use shutters to screen a porch?

Absolutely. Hang shutters around a porch or a deck to provide more shade and privacy than screening, while still encouraging a breeze. And, unlike screens, you can open them when you want to take in the full surroundings. They’re less effective at keeping out insects, of course, so don’t go this route if you need mosquito protection. 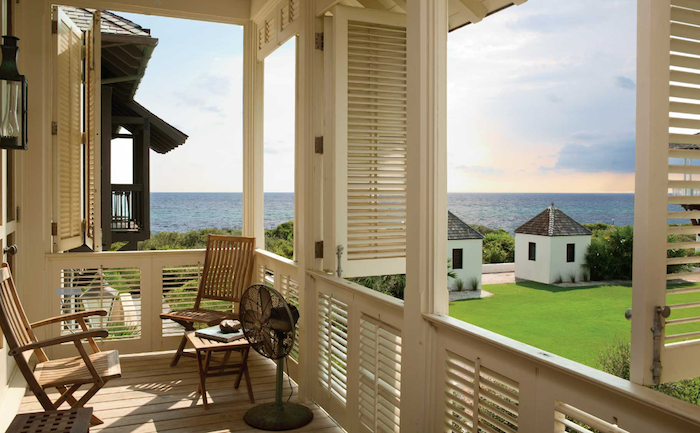 Above: Shutters surround a deck, offering unlimited views when open and privacy with a breeze when closed. Photograph via 30A.

Any tips for using shutters for decorative purposes only?

Architects may balk at this, but non-functional shutters can be an effective exterior detail if they’re used wisely. How do you ensure decorative shutters are architecturally correct? Simply put, they should look as if they could do their job. 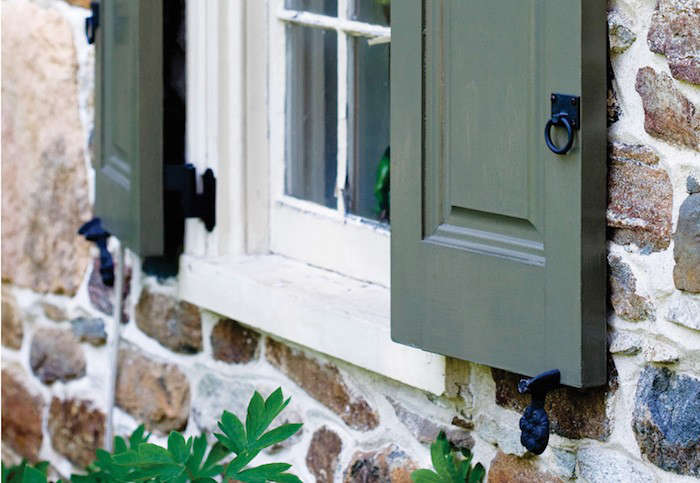 Above: Shutters correctly mounted to the window casing provide natural air flow between the shutter and the wall (not to mention visual dimension). Photograph via Vixen Hill Cedar Products.

How much do shutters cost?

Shutter prices vary substantially depending on size, style, and finish. Fixed-louver shutters are the most affordable, as low as $140 per pair for quality unfinished wood. But don’t forget to factor in the finishing, hardware, and installation. Properly finished and installed, high-quality shutters will last for many years.

Searching for shutter finishes? Look no further than Meredith’s 10 Paint Picks for the Perfect Green Shutters. And, at Remodelista, visit A Louvered Beach House on the Arabian Sea, where shutters reign.

If you’re working on your house exterior, see all of our Hardscaping 101 features.

More Info from Hooks and Lattice