If birch wasn’t such good value, all year long, it would be considered a weed. While springing up in neglected places, it is meanwhile selected by designers as a useful ornamental tree.

Birch collaborates well with simple ground cover or with a wider range of prairie plants, including grasses. Like the tougher perennials, birch is tolerant of harsh conditions, putting up with any kind of soil and any aspect, whether sheltered or exposed. Birch is one of the first plants to move in, en masse, to colonize land that has been disrupted, from deforestation or industry. Tolerating only the lightest shade, birch naturally thins out in a young forest as other trees appear.

Groups of birch (and conifer) tower over the little hovels in the woods in northern folk tales. They are icons of the northern hemisphere. Swedish Arts and Crafts painter Carl Larsson’s Breakfast Under the Big Birch and Breakfast in the Open are not about breakfast of course, but birch trees. Vertical lines of birch have long inspired the decorative arts. The 1959 wallpaper Woods is still rolling off the production lines at Cole & Son.

It’s imperative to prune only during the dormant season, from late summer to mid-winter, to avoid bleeding of sap and a general weakening. The Royal Horticultural Society says that there is nothing to be gained from trying to prune a birch to reduce its size; better to replace an old specimen with a new one, every 15 to 20 years.

Darker mahogany bark is generally found with the Chinese varieties of Betula utilis or B. albosinensis.

• Birch is varied enough in its decorative value to suit any situation. With a choice in bark color and texture, as well as tree height, it can also be found weeping in the small Betula pendula ‘Youngii’.
• Birch is known as a quick growing tree, which can grow to 40 feet. They are not all suitable for small gardens.
• Birch trees are extremely hardy, a major player in subarctic forests. 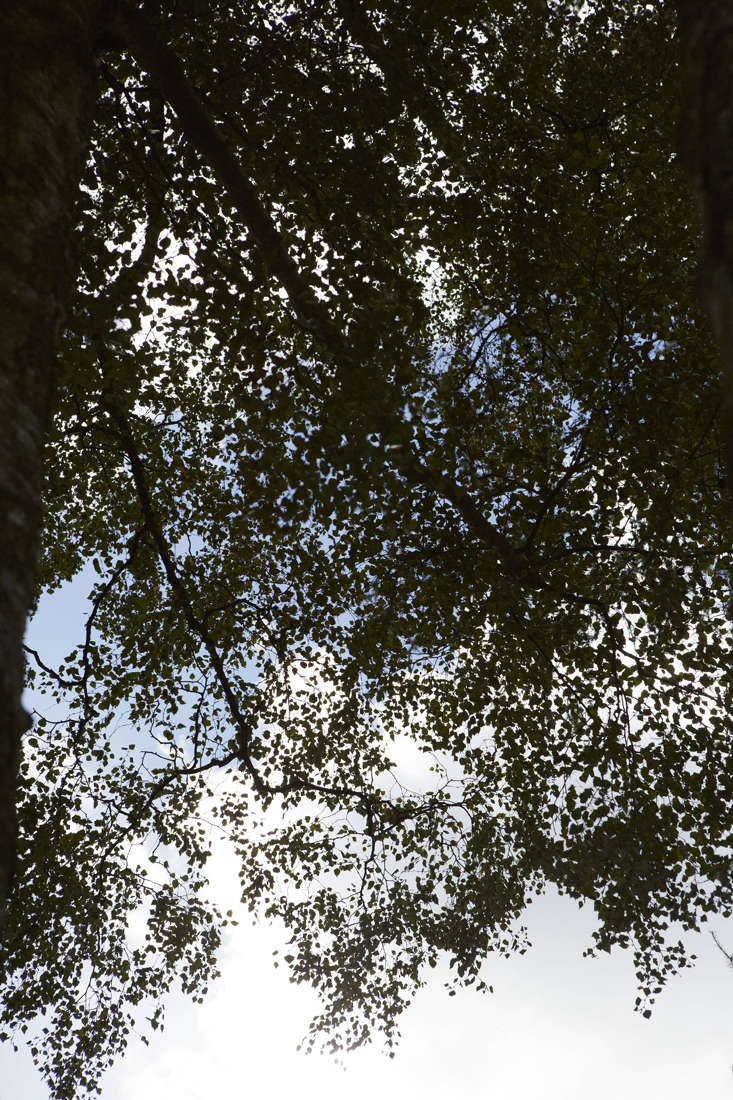 • Birch puts up with soil that is acid, alkaline, sandy, chalky, loamy, clay-y. Ideally, conditions would be moist and well-drained, but they also tolerate a certain amount of drought.
• Though they are remarkably easy going, birch trees won’t thrive when growing under other trees. They need light.
• Garden varieties are usually shallow-rooting. If underplanting, use bulbs and perennials that don’t require much root space.

West Himalayan birch, Betula utilis var. jacquemontii, is planted as a bright white grove at Anglesey Abbey. The trees are scrubbed annually with a power jet wash to keep the ghostly bark looking its best. For more winter trunks and stems, see Garden Visit: The Glow of Anglesey Abbey.

Trying to choose a tree to plant in your garden? Start with tips from our Garden Design 101 guides including Trees: A Field Guide to Planting, Care & Design. More suggestions:

Finally, get more ideas on how to successfully plant, grow, and care for birch tree with our Birch Tree: A Field Guide.

Trending on Remodelista: A Window with a View