As I arrived at Polly and Mike Hutchison’s flower farm in Saunderstown, Rhode Island the other day, I was met with a flurry of activity. Buckets of dahlias and sunflowers were being loaded into the van, bouquets were being bundled for market, and special orders were being filled for various events and florists across the state.

An early fall breeze quickly gave way to a sweltering late-summer sun.  The turn of the seasons is a tossup here in New England.  You might start the morning wearing layers, and end the day in shorts and a tee shirt.  But one thing was clear that morning–the oranges, crimsons, golds, and maroons of the flowers clearly indicated that fall was underway on the farm.

Photography by Christine Chitnis for Gardenista. 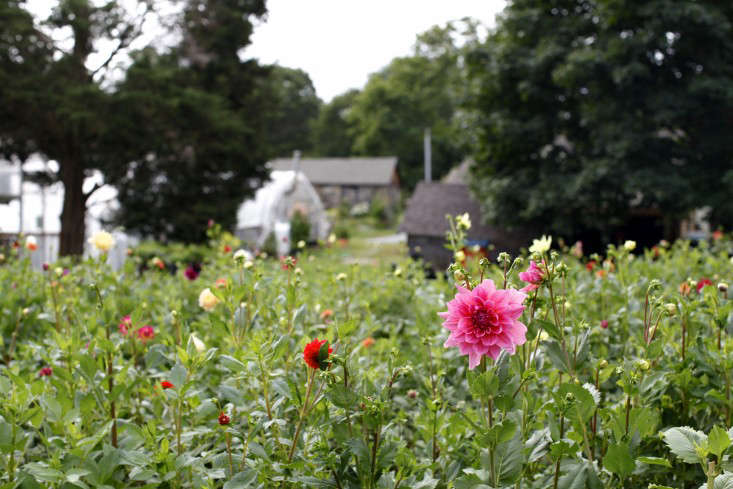 Above: Mike and Polly run Robin Hollow Farm, the only farm in Rhode Island dedicated to growing flowers for market, weddings and events.

After years of growing organic produce in California to sell to restaurants such as the venerable Chez Panisse, Mike came to Rhode Island, where he and Polly farmed together at Casey Farm.  After several years there, they bought their own land and began growing flowers.  “Many of our good friends were already growing vegetables and selling at market,” explains Polly, “and we felt that competing with them just wasn’t what we wanted to do.” 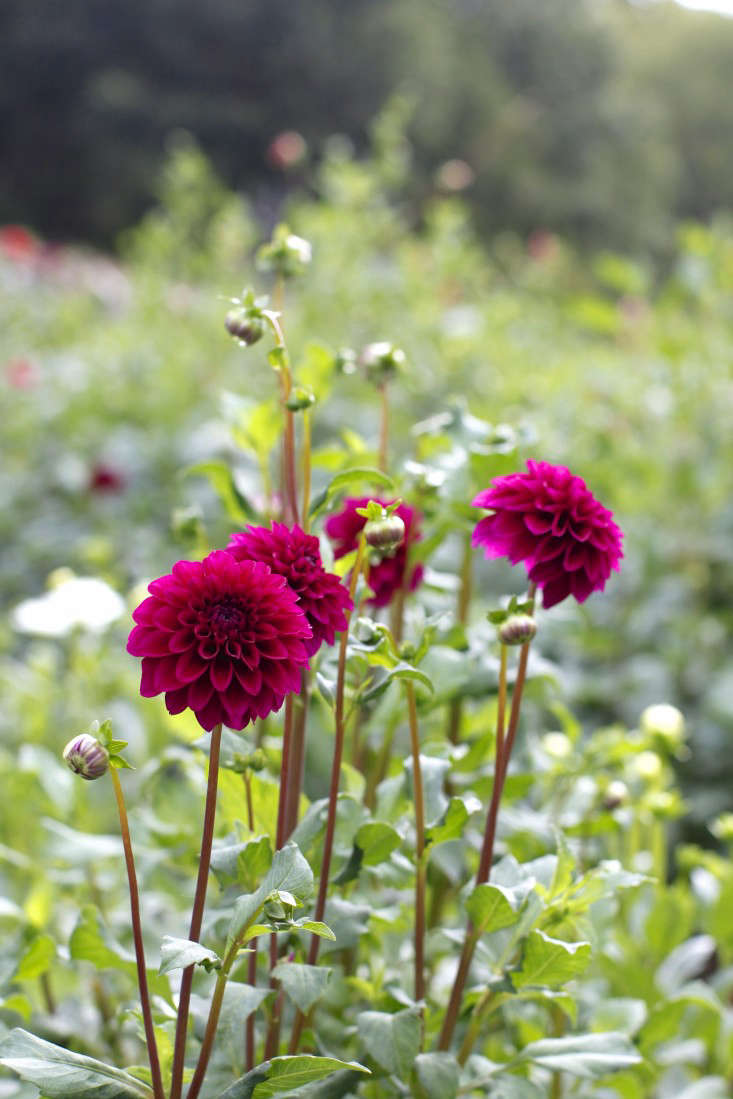 Above: Dahlias in the field.

When Polly and Mike moved to Rhode Island, no one else was growing and selling flowers in the state. They turned their green-thumb wisdom to flowers, with great success. 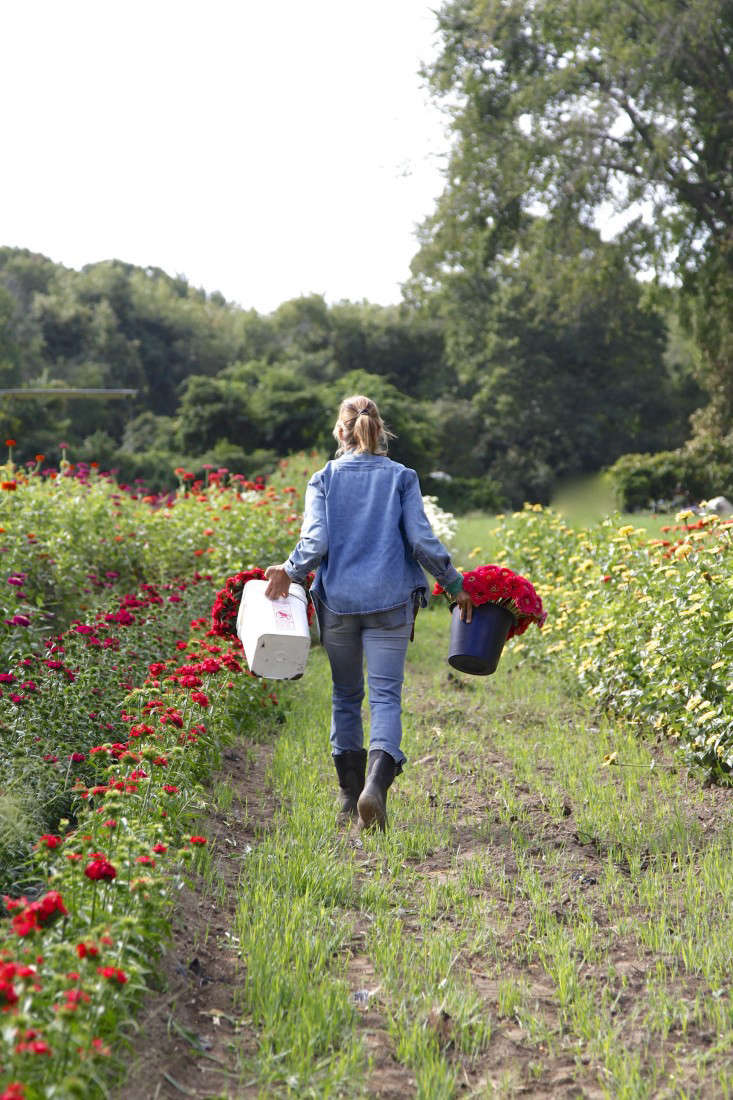 “We took the approach of throwing all the spaghetti at the wall to see what would stick,” Polly remembers. “We thought we’d sell at farmers’ markets, and do special events, weddings and sell to florists.” 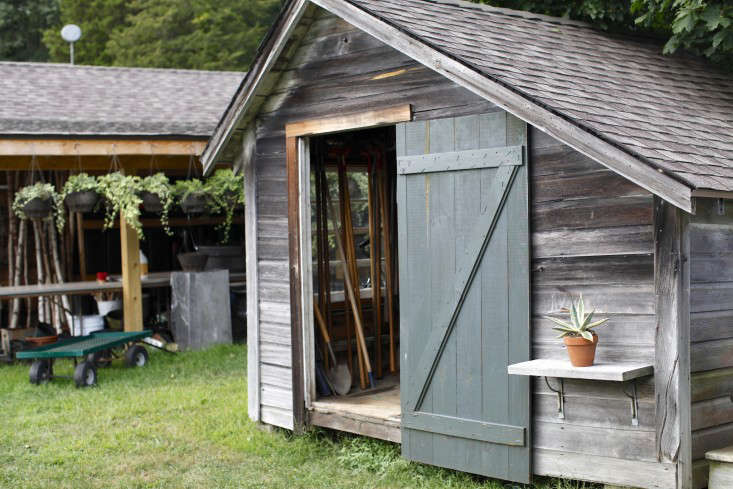 Everything stuck–so It is no wonder the farm is such a hub of activity–with the planting, tending, weeding, and prepping, there is always much to be done. 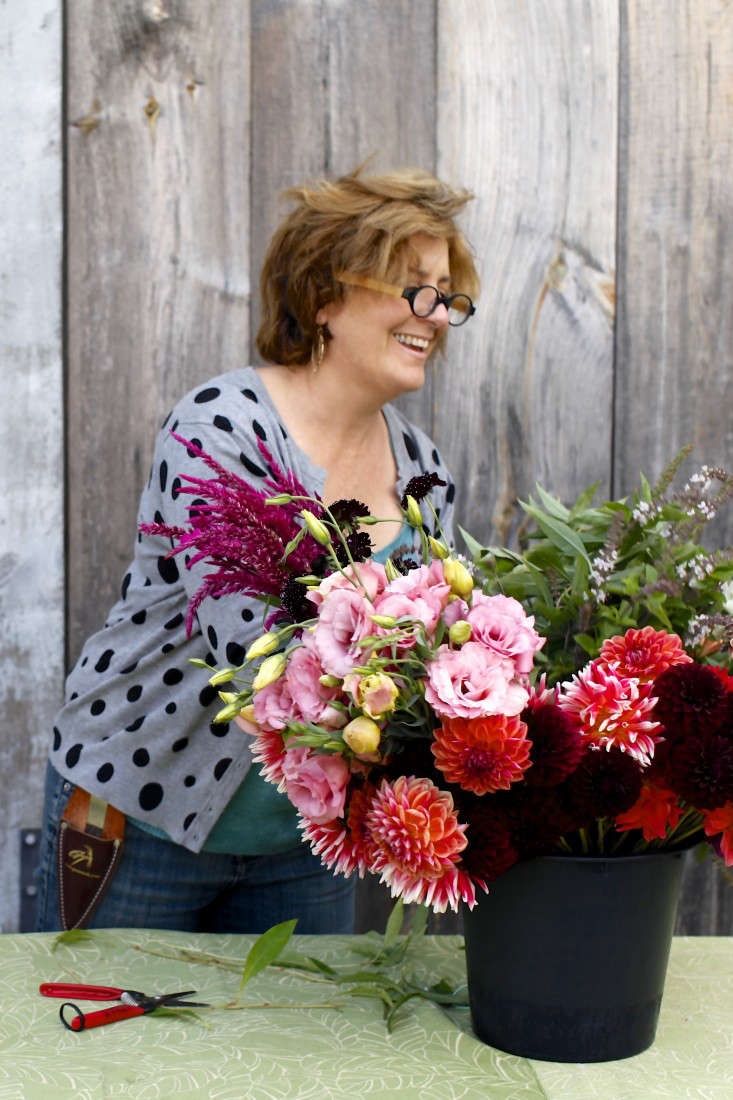 Above: Lucky for me, Polly took time out of her busy morning to put together a few bouquets, illustrating how early fall flowers can come together with such elegance and simplicity. 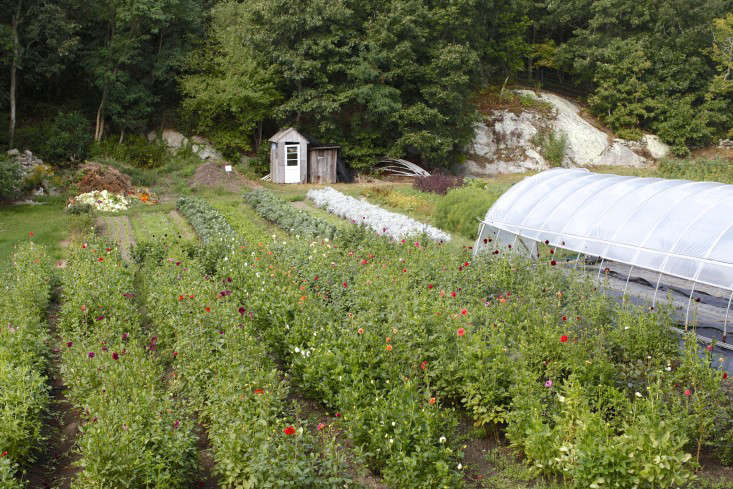 Above: Robin Hollow Farm consists on two acres of flower fields on Polly and Mike’s property, as well as a larger swath ofland rented from the Narrow River Land Trust. 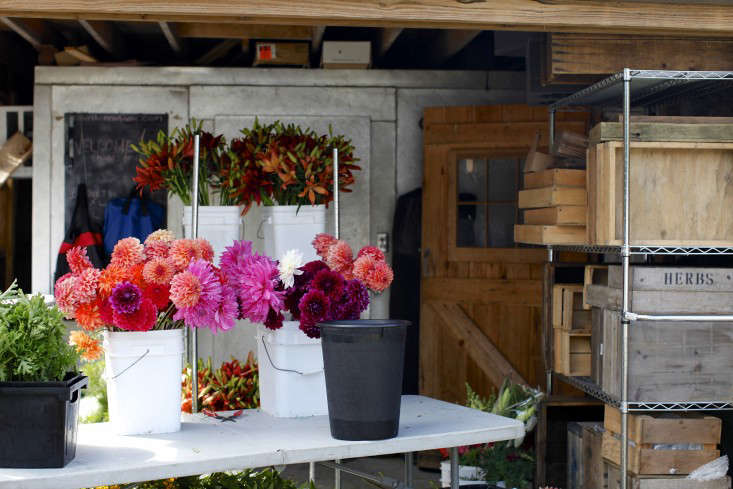 Above: Although Robin Hollow Farm is a working farm that is not open to the public, they do throw out the welcome mat once a year for their amazing plant sale and open house, which usually takes place on Mothers Day Weekend in early May. 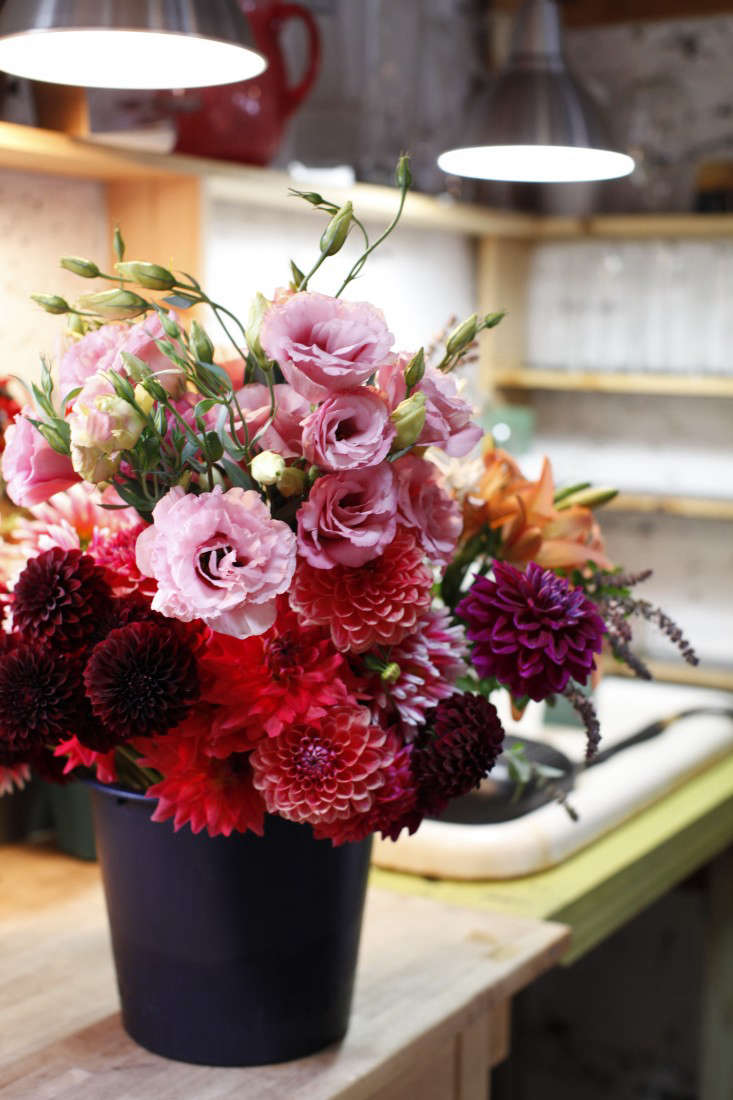 Above: Polly Hutchison arranges all of the bouquets for market and special events.  Although never having trained as a florist, she brings an artist’s eye and a grower’s sensibility to her bouquets.  The results are organic, simple arrangements that allow the flowers’ colors and shapes to shine. 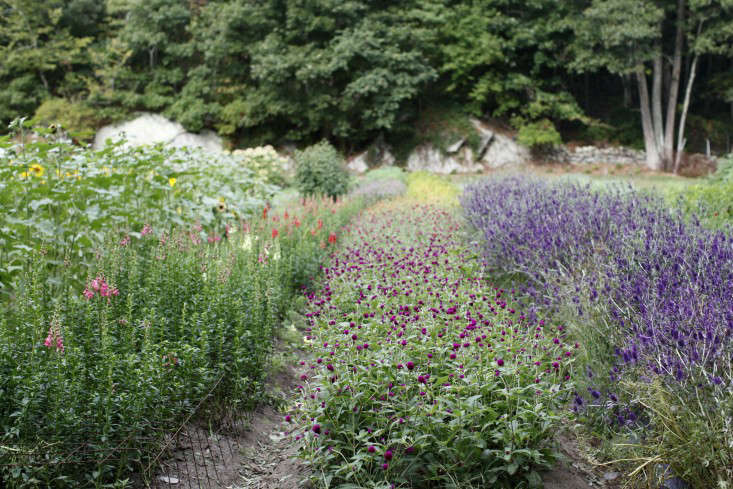 Above: Crops in the field. 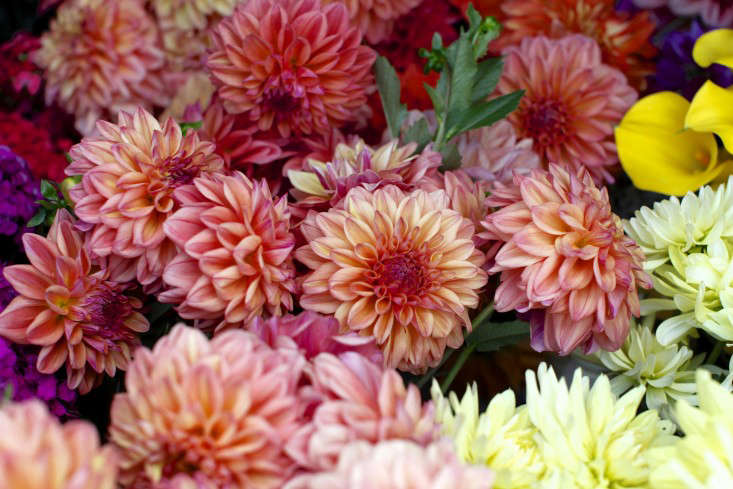 Above: Fall favorites include a wide variety of dahlias, sunflowers, and zinnias. 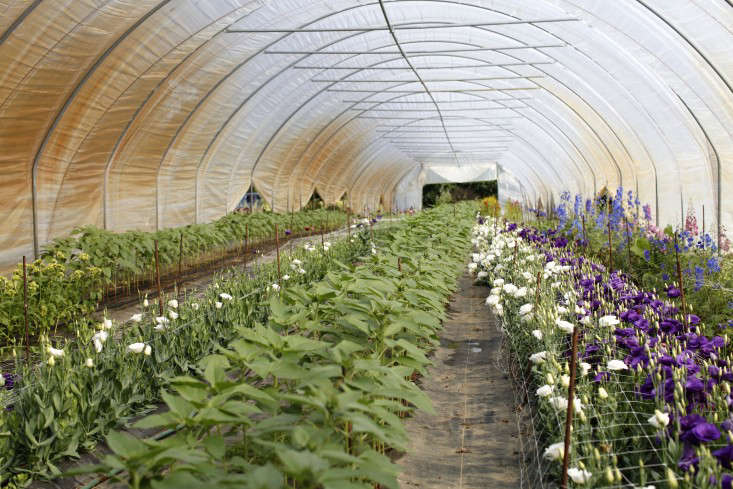 Above: The greenhouse at Robin Hollow Farm. 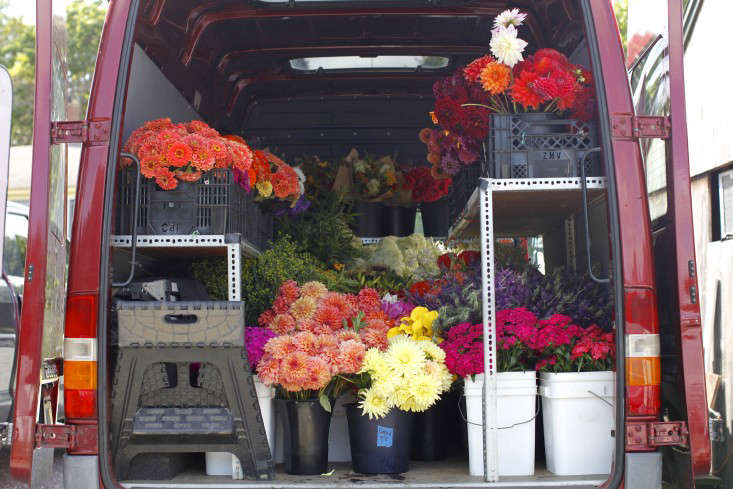 Above: Cut flowers and bouquets are brought to farmers markets across Rhode Island, including the Hope Street Farmers Market in Providence, and the Coastal Growers Market in Saunderstown.

Cheering on the local flowers movement? Us too. See our recent posts on Red Damsel Farm in British Columbia and Love ‘n Fresh in Philadelphia.