I picked up Bitter after spotting its dark, eerie cover. I scanned the subhead–”A taste of the world’s most dangerous flavor”–and knew I couldn’t ignore a book like that.

Australian-born, Toronto-based author Jennifer McLagan specializes in cookbooks that dive deeply into one topic: her three previous titles include Bones (2005), Fat (2008), and Odd Bits (2011). I admit I’m skeptical of that style of cookbook. They can feel like gimmicky, light collections of standard-fare recipes, each with an unsurprising thematic twist. But as I read through Bitter page-by-page I found just the opposite: a generous trove of thought-provoking recipes that I instantly wanted to try: like Toast Soup, Celery and Olive Salad, and Tobacco Panna Cotta.

And stay tuned: This past weekend, I went on a cooking spree and reached for this book not once but four times. Next week, I’ll share with you two of the recipes I made: Radicchio and Gorgonzola Pasta Sauce, and Walnut Sauce for Pasta. 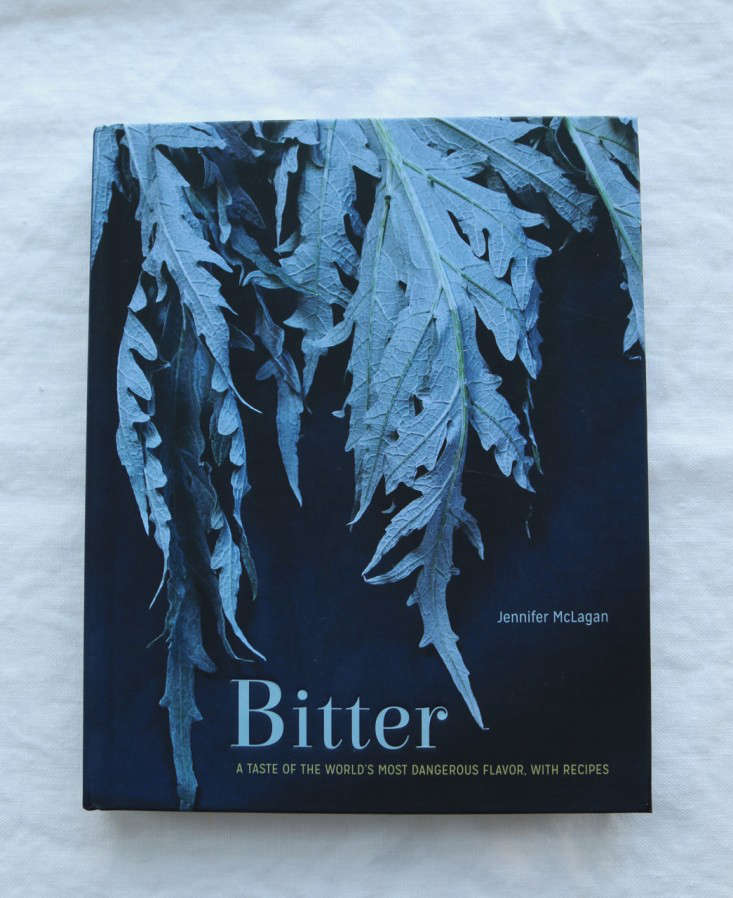 Above: The eery, compelling cover of Bitter. (That’s a cardoon, by the way.) 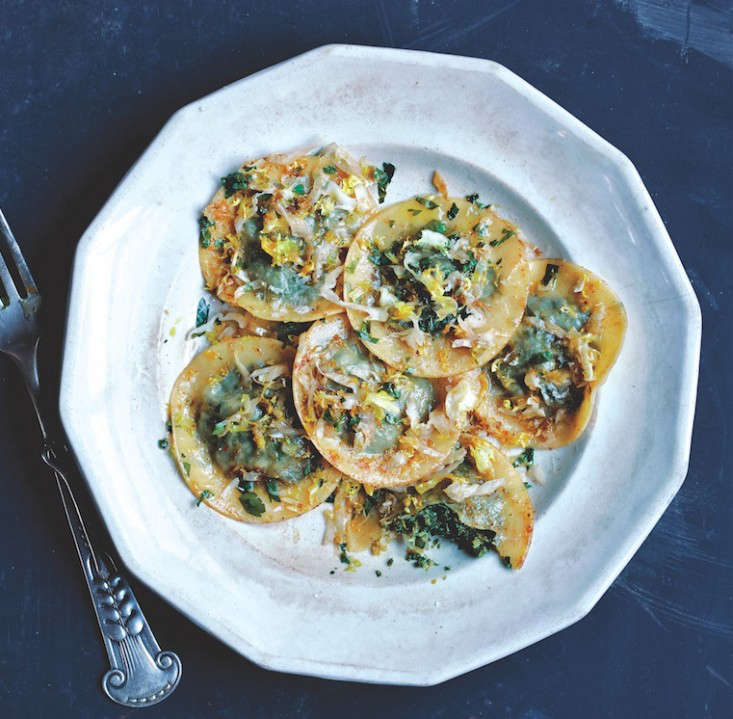 Above: Bitter Greens Ravioli is on my to-make list. In addition to a mix of greens such as arugula, chard, or methi, the ravioli features chives, escarole, and parsley.

McLagan divides her book by type of bitter taste–the bitter of arugula is not the same as the bitter of burnt toast, after all–and the organization works well for exploring the flavors. 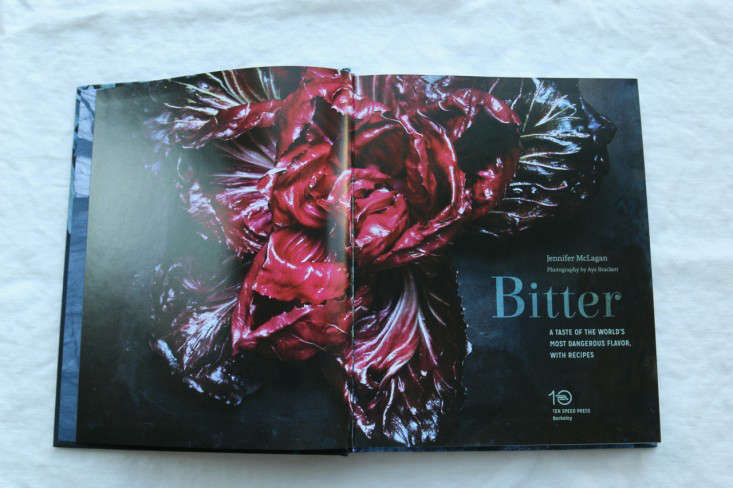 Above: McLagan writes that due to our North American preference for sweetness, we’ve bred the bitterness out of plants over time. She notes that eggplant, grapefruit, cucumber, and cabbage have all become less bitter via cultivation. “Lettuces were all once bitter weeds,” she notes, “and while their bitterness has disappeared over time, you’ll get hints of their original bitterness if you eat the leaves from a plant that has gone to seed in your garden.” 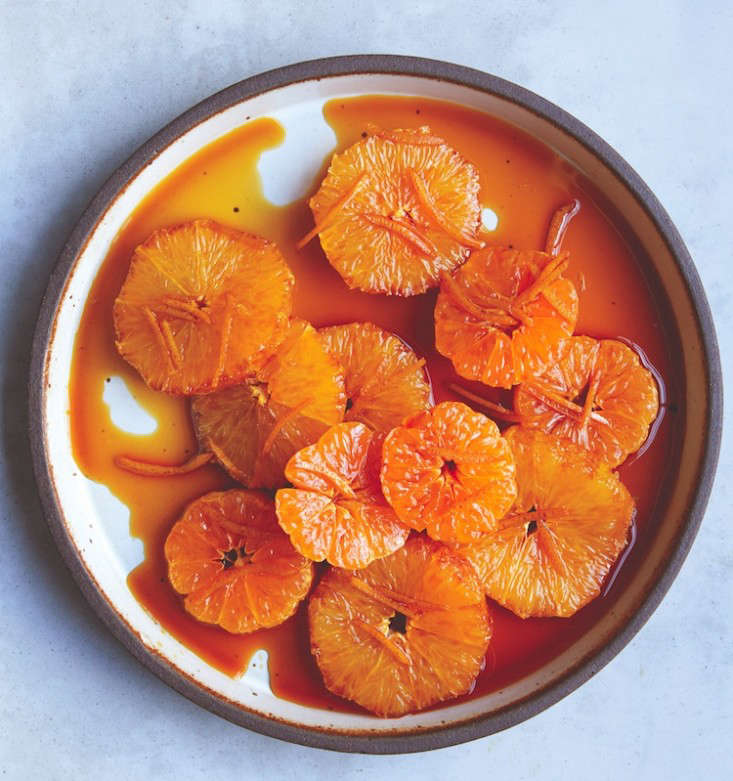 Above: Caramelized Oranges, a recipe in the chapter entitled “Dark, Forbidden, and Very Bitter.”

In addition to musings on the smells, sounds, and appearance of bitter food, McLagan devotes some space to its presentation. Among things she hates: rectangular, triangular, or any non-round shape of plate. Whether you agree with her on that point or not, as McLagan points out, “The materials and design of the cutlery, bowls, cups, and glasses we use for our food and drink affect how it tastes.” 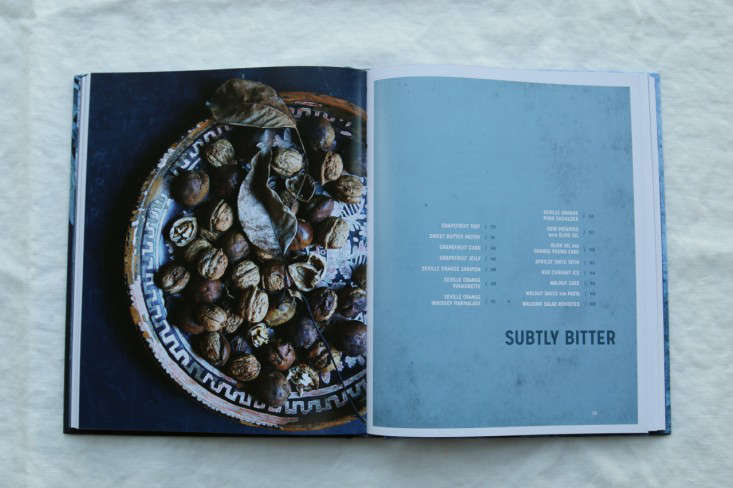 Above: The chapter entitled “Subtly Bitter” offers somewhat mildly bitter fare, such as an Apricot Tarte Tatin and Walnut Sauce for Pasta.

For those who are new to cooking with bitter flavors, McLagan suggests experimenting with adding bitter liquids such as beer, coffee, tea, or gin to dishes. 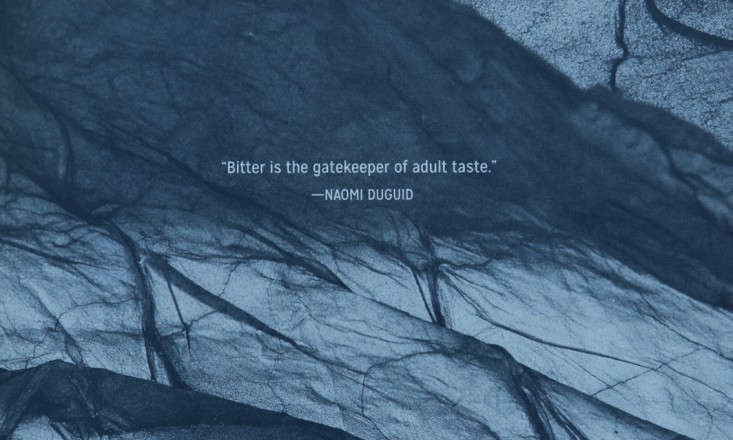 Above: McLagan describes how bitter is one of nature’s ways of warning us about potentially toxic foods, and that children are especially sensitive to bitter tastes. But bitter foods can also be especially healthful, too. Think brussels sprouts, bitter lettuces, and olive oil. 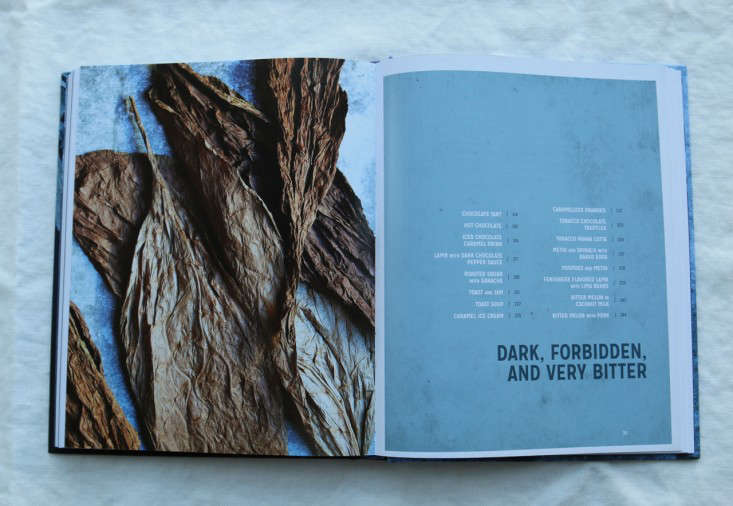 Above: I could spend a lot of time in the “Dark, Forbidden, and Very Bitter” chapter. In fact, I already made the Caramel Ice Cream–by far the darkest, most adult caramel flavor I’ve ever tasted. 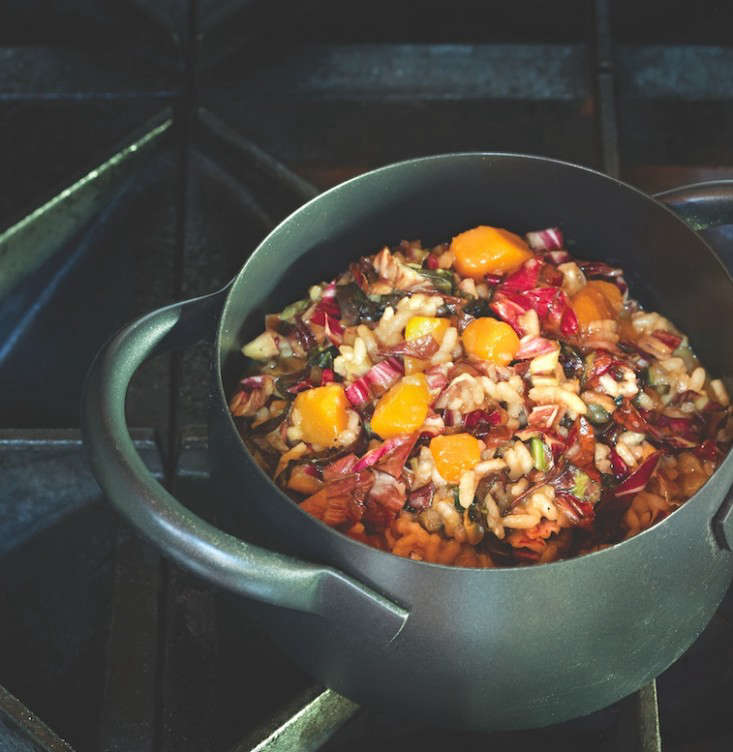 Above: To a non-Australian reader, Radicchio and Pumpkin Risotto requires a small explanation: the recipe calls not for pumpkin, but for squash, such as Hubbard or kabocha. Writes McLagan, “I know that using the word ‘pumpkin’ reveals my birthplace, but I just can’t get my head around ‘squash.'”

Published by Ten Speed Press, Bitter is available on Amazon for $21.77.

In the mood to cook? Try Tea Cake with Meyer Lemons and Rose Geraniums, Quinoa Fruit and Nut Bars, and DIY: Pears Roasted in Red Wine in Gardenista’s archive of Garden-to-Table Recipes.

Bitter: A Taste of the World’s Most Dangerous Flavor, with Recipes