Lens and Larder is a semi-annual, traveling slice of heaven for people who love food and photography, and who want to learn from the best.

Lens and Larder offers retreats that bring together bakers, butchers, and cocktail makers for a long weekend (except it’s during the week) of creating and documenting in the sorts of places that you hope to find while wandering around on your own.

Set in Ireland, the most recent outing was led by photographers Gentl & Hyers, at the splendid Cloughjordan House in Tipperary. Your hosts: Cliodhna Prendergast (Breaking Eggs) and Imen McDonnell (Farmette). 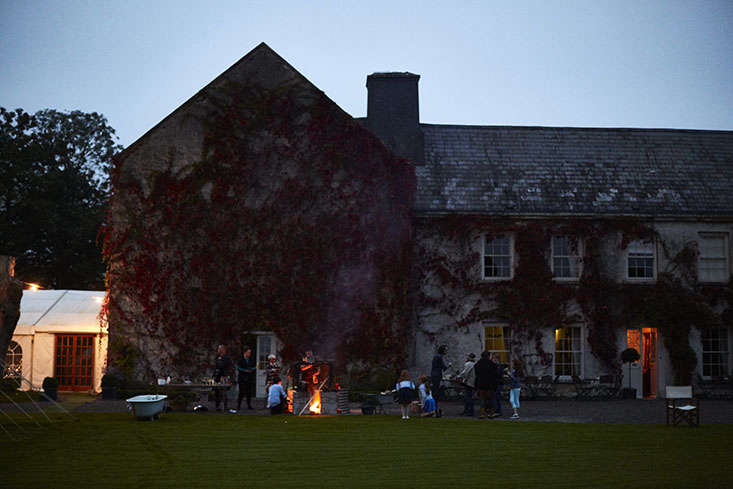 Above: Locations for each workshop vary. Historic Cloughjordan House, a 400-year-old private house with the remains of a moat from an earlier century, is in North Tipperary. 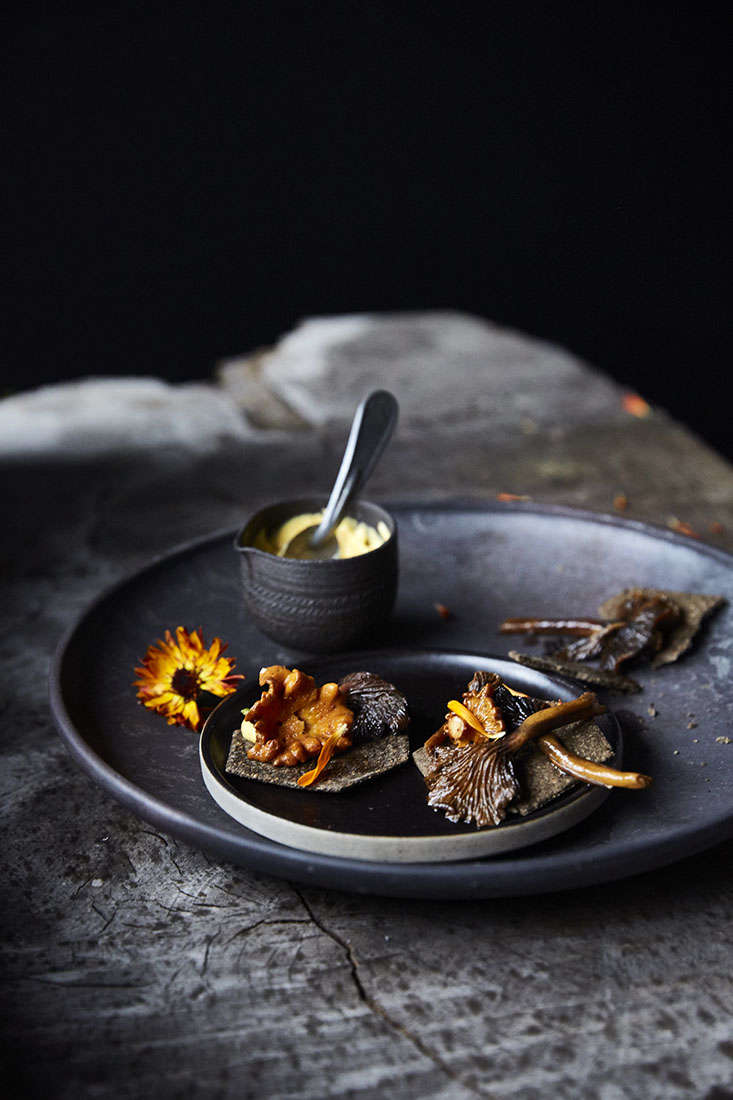 Above: The most recent Lens and Larder event in September was called “Smoke Fire Feast.” Alyssa Wodabek, a Canadian photographer who took part in the course, describes the above dish as: “Foraged mushrooms cooked over the fire in smoked herb butter; served with a marigold aioli on a charcoal biscuit.” She adds: “These were amazing!” 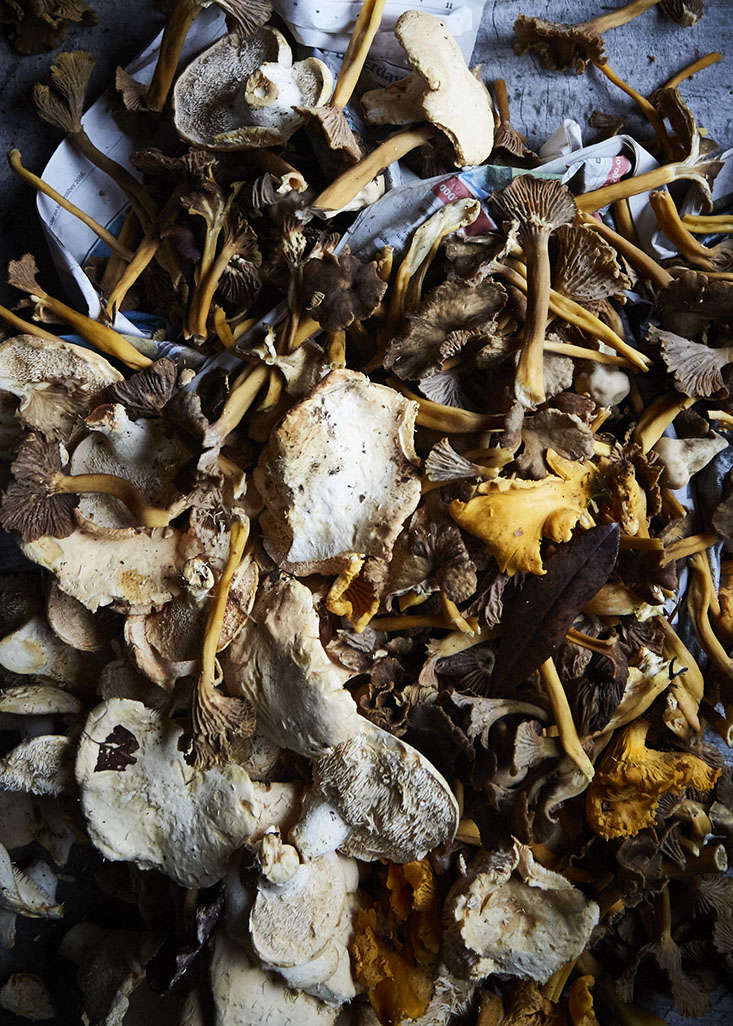 Above: Chef and Sunday Times Ireland food writer Cliodhna Prendergast is from breathtakingly beautiful Connemara. She brought mushrooms and seaweed with her, for two days and three nights of recipes involving smoke, fire, and a little ash. 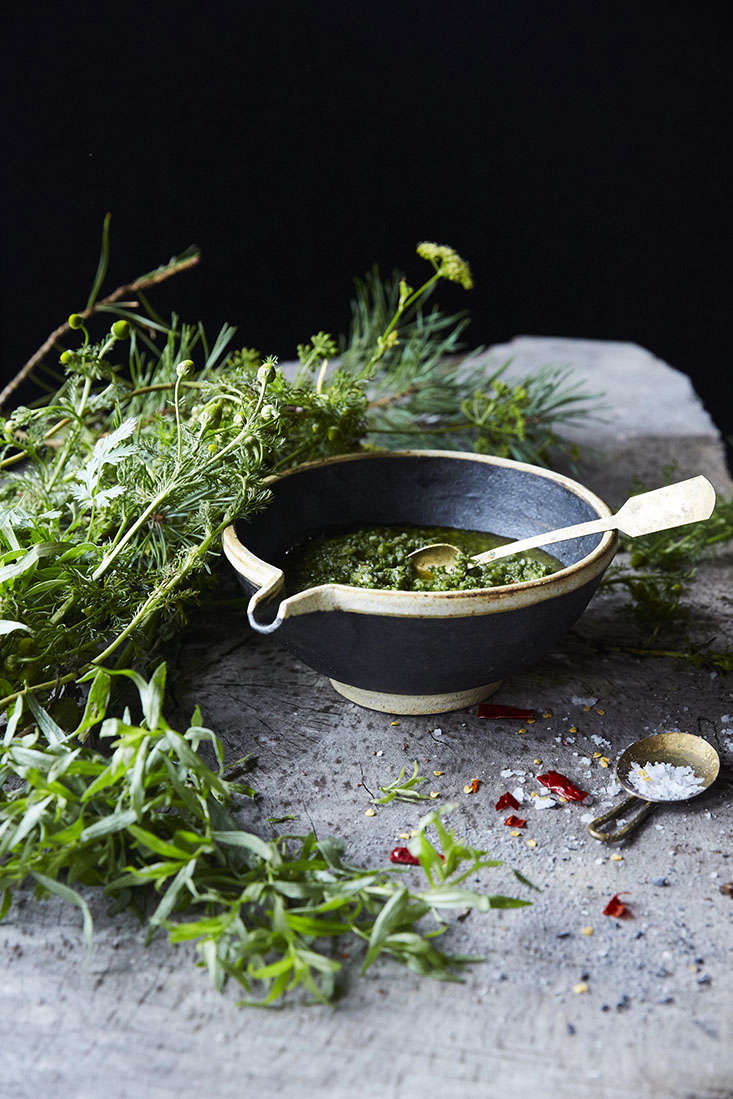 Above: Photographer Andrea Gentl’s salsa verde, made from fresh local herbs and smoked salt. Alyssa again: “Andrea Gentl is very into experimenting with food and foraging. She and Imen and Cliodhna were all involved in planning the workshop, with Andrea bringing sumac from New York.” 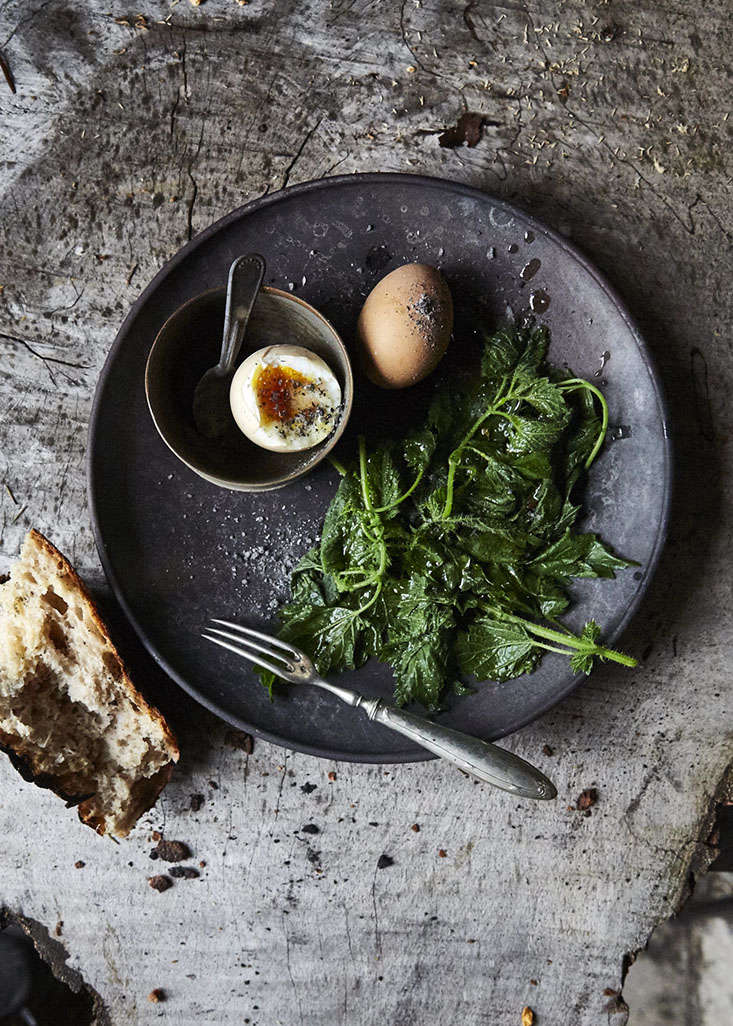 Above: Eggs and nettles.

This is where the ash comes in. An old Irish tradition of preserving (raw) eggs, says Cliodhna, is to rub butter into the shells. It is absorbed, acting as a preservative while giving the eggs a buttery flavor. Two weeks before the workshop, eggs were not only buttered but rolled in ash. “It was a take on 1000-year-old eggs,” says Cliodhna. “It added a hint of char and was pretty beautiful!” The ash was made by Imen from pine and rosemary. 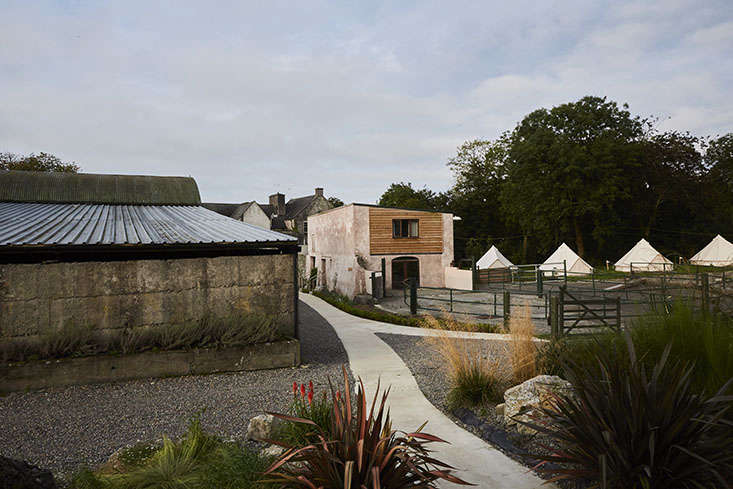 Above: View from the former cow sheds, which have been converted into guest rooms at Cloughjordan House. 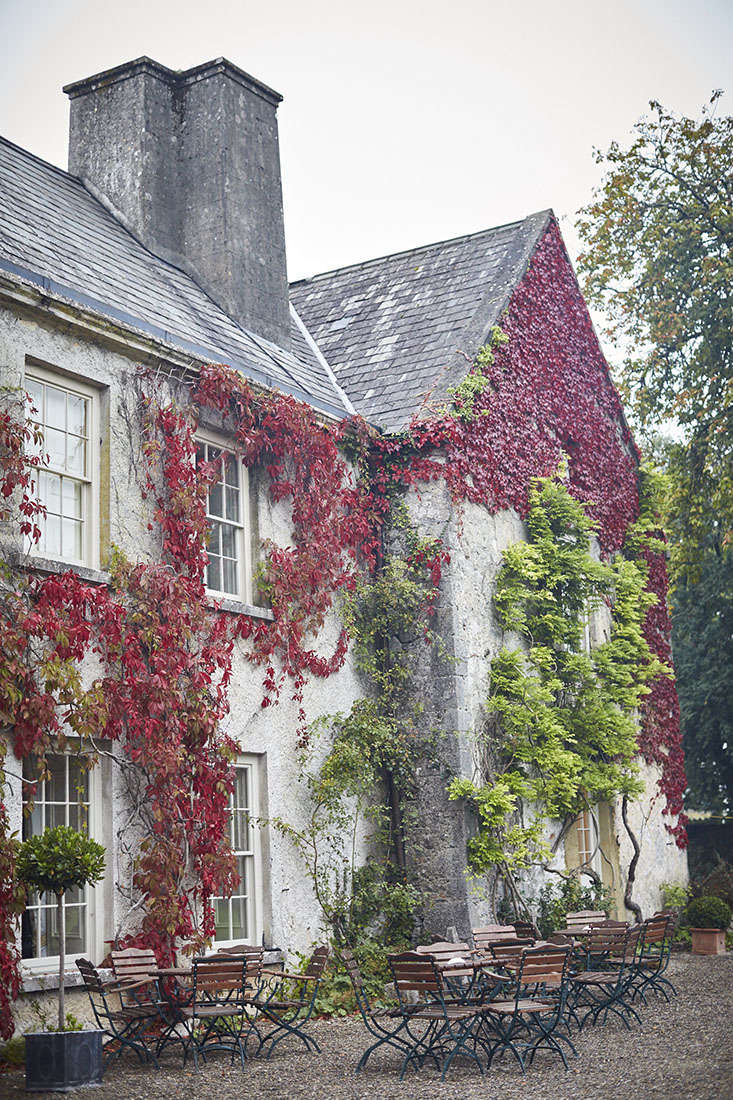 Above: The reception at Cloughjordan House, a hotel, venue, and cookery school. 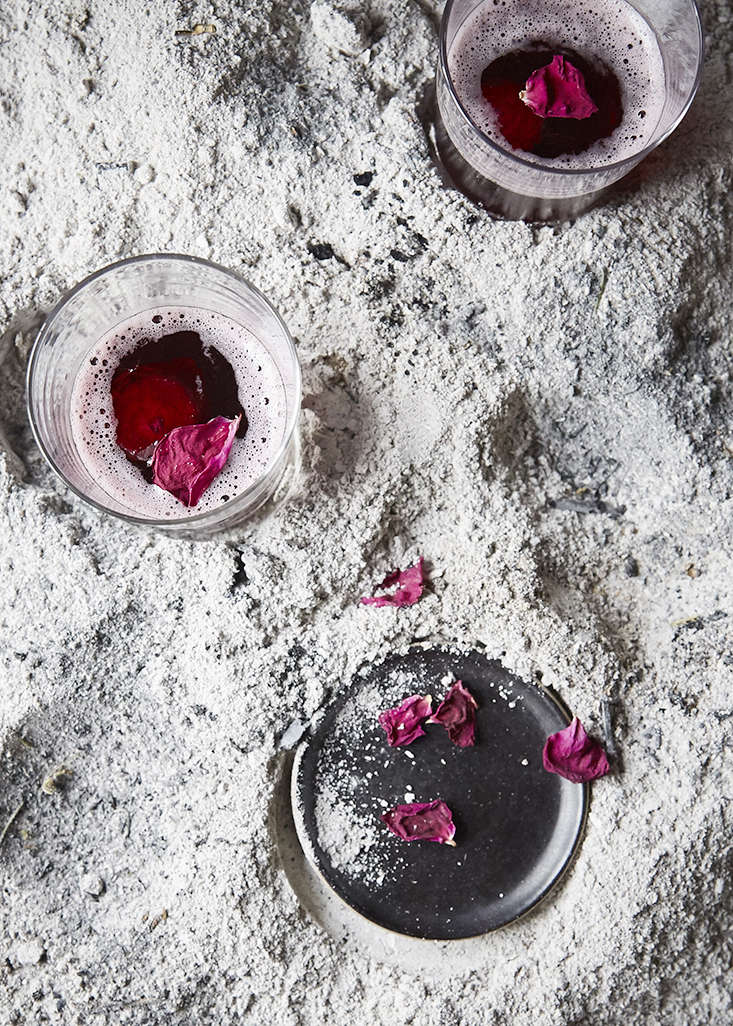 Above: County Galway cocktail specialists America Village demonstrate their version of the 19th-century cocktail punch, Claret Cup. “The Chrysalis” includes Bordeaux red wine and soda plus a dazzling list of ingredients all created at America Village: Crème de Cassis, pine syrup, wild rose hip tincture and beetroot tincture. Each cocktail is finished with a wild rose petal and a slice of beetroot. To keep with the theme, the drinks are served here on a bed of ash.

“The first notes to hit the nose,” explains America Village alchemist Claire Davey, “are the early beetroot and subtle floral rose, followed by the fruity depth of the wine and pine.” 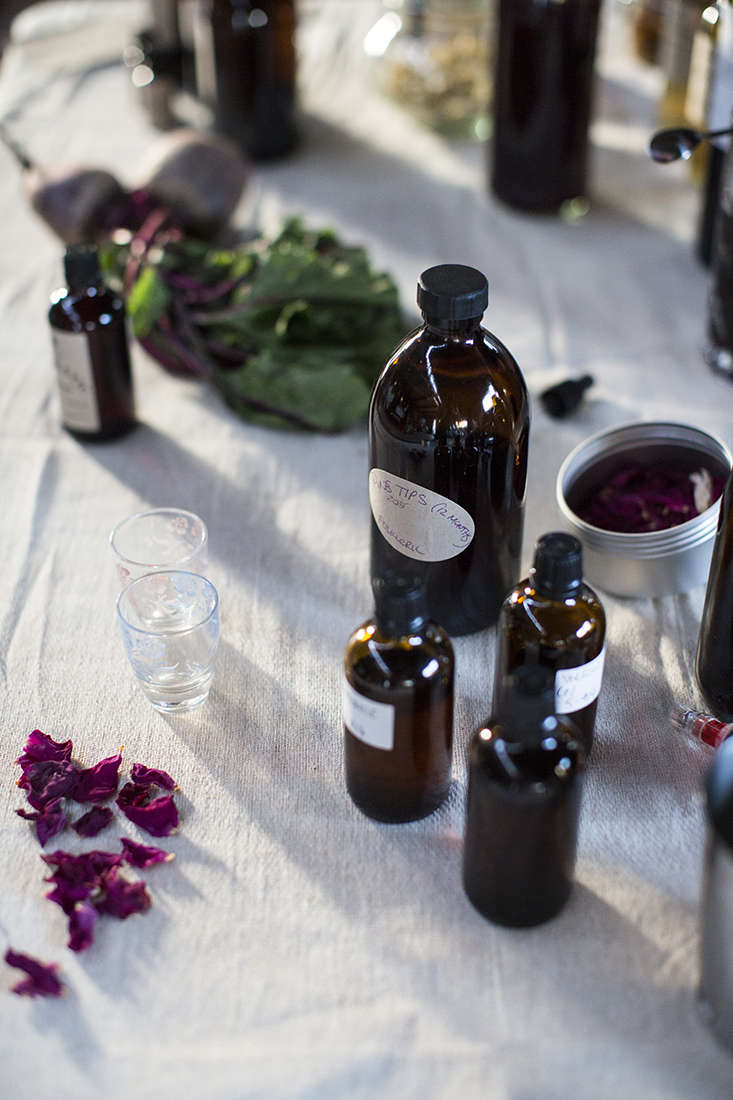 Above: America Village Apothecary supplies “wild craft botanical syrups” to the likes of Fortnum and Mason. 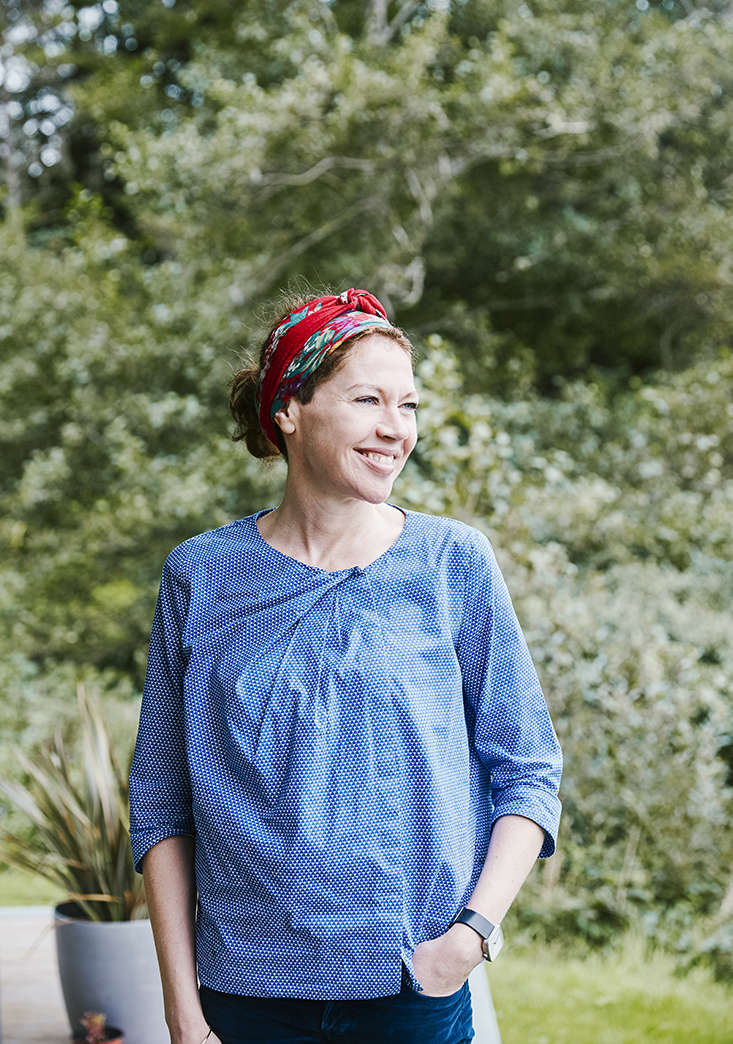 Above: Cliodhna Prendergast. The next Lens and Larder event, “How to Capture  a Travel Story,” will be held in the spring, in collaboration with David Prior from Condé Nast Traveler. Contact Lens and Larder for more information.

Modern-Day Canning: Everything You Need to Know, Step by Step