Born in 1971, designer Luciano Giubbilei wasn’t even 30 years old when he began to create a modern, sharp-edged garden on an awkwardly shaped property in The Boltons, an exclusive enclave of Victorian townhouses near Kensington Palace.

Giubbilei envisioned the garden–with its formal structure, precisely clipped trees and shrubs, and utter absence of a color other than green–as just another room. “I’m really just an interior designer, outdoors,” he says.

Fifteen years after its completion, the garden’s design looks as modern and as singular as when it was completed: 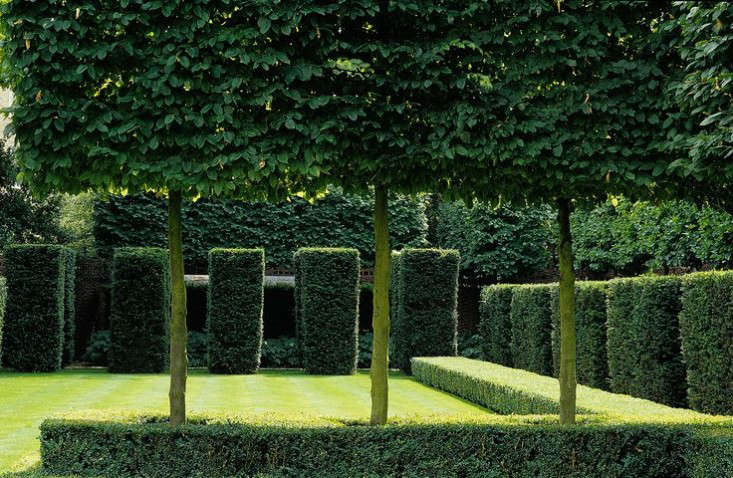 Above: This is not a low-maintenance garden. Yew cubes that stand at attention along the length of the garden are kept precisely clipped. Similarly manicured lines of trees delineate separate “rooms” and create privacy. 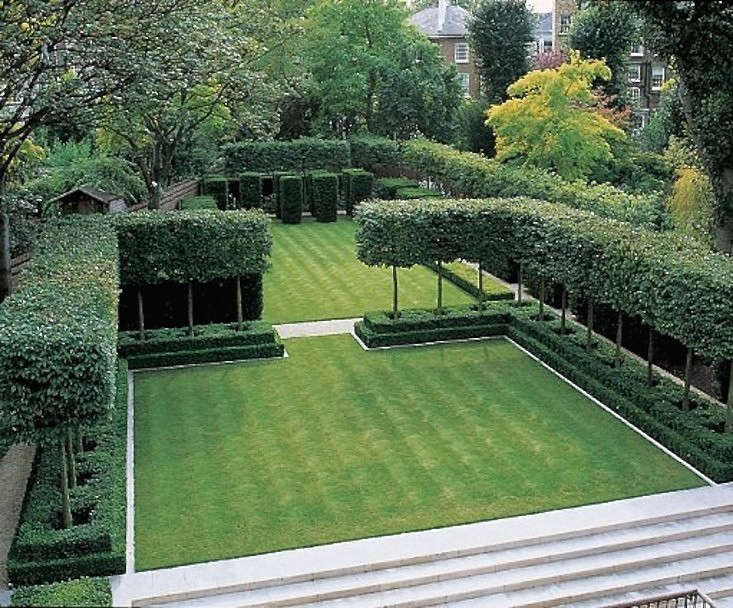 Above: Photograph by Andrew Twort.

Texture and scale are two primary considerations in a garden where color is not part of the palette. The shapes of pleached hornbeam and rows of squared lime play off each other. A generous budget enabled Giubbilei to plant mature specimens–many hand-picked from specialty growers in the Belgium and the Netherlands–to create instant impact in the garden. 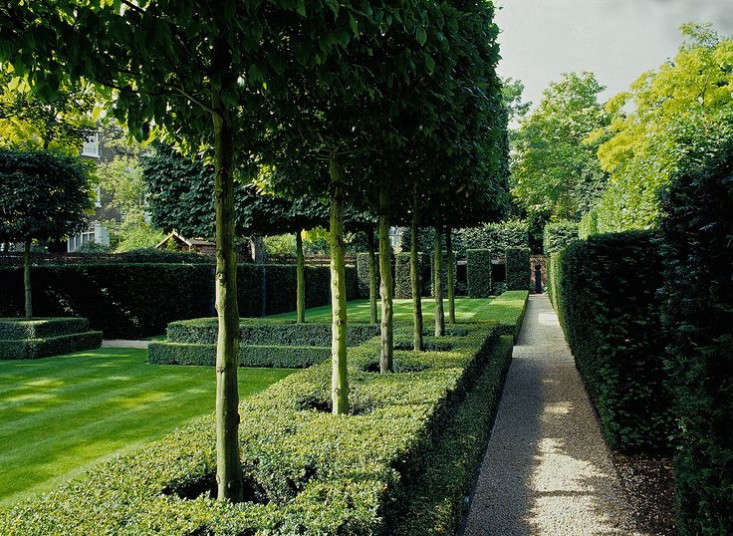 Above: “Originally an awkward and angular site, the garden was carefully carved into a series of different entertaining and green spaces,” says Giubbilei. 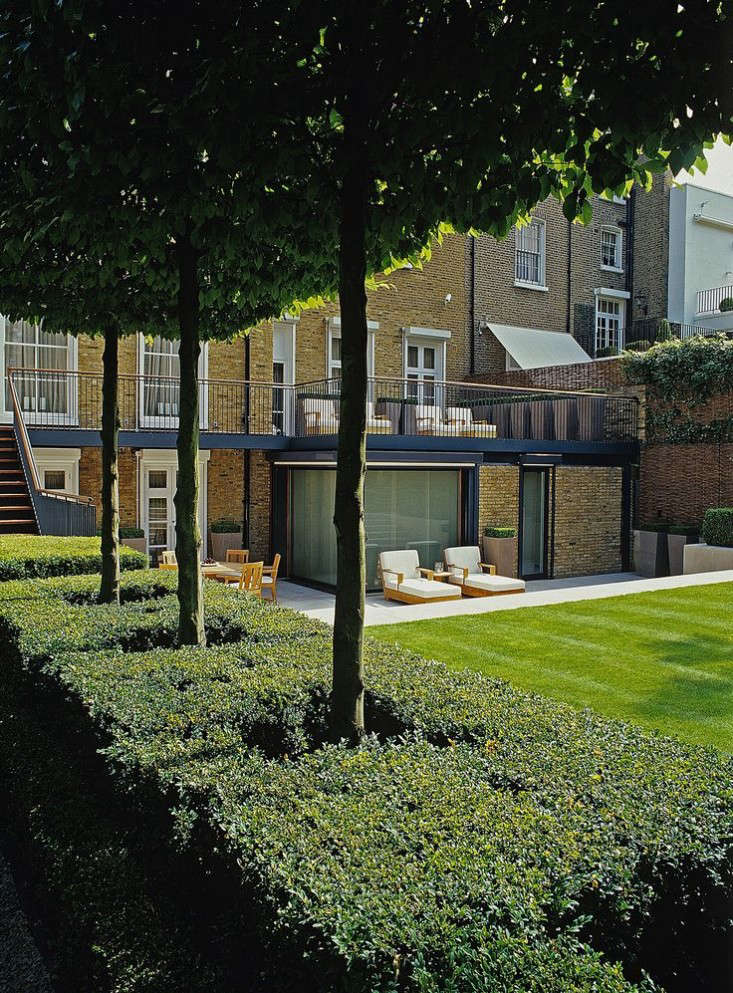 Above: Wide steps of Portland stone (a porous limestone common in London) connect the garden to a sunken terrace laid in a stacked bond pattern. 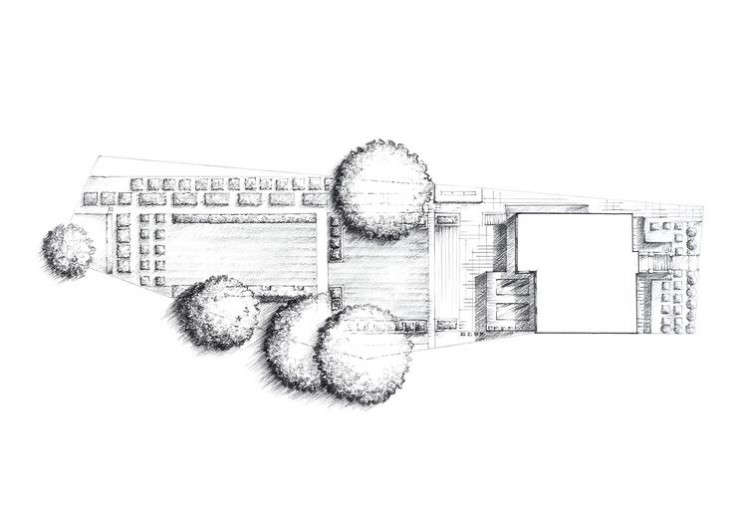 Above: The precise geometry of the plantings and the sharp right angles of paths mask the fact that the lot is irregularly shaped and create an optical illusion that the garden is a perfectly proportioned rectangle. 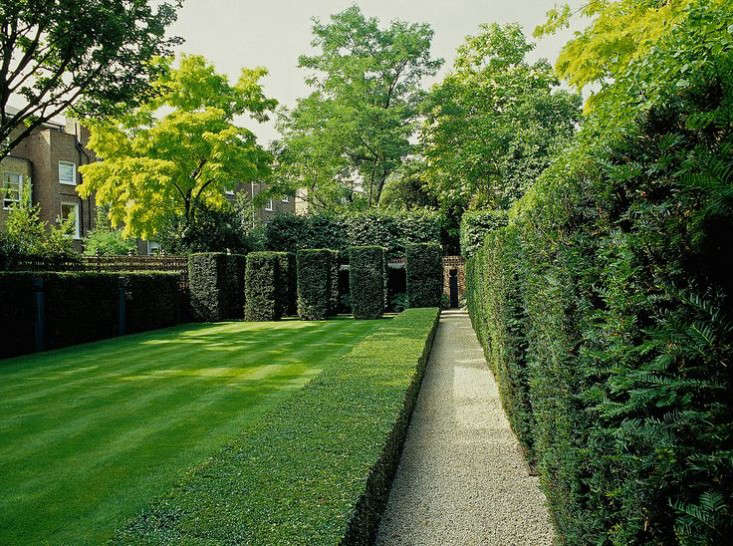 Above: A limestone gravel path runs alongside evergreen shrubs that lend year-round structure and interest to the garden.

For more of our favorite London gardens, see: