For high drama in the garden, visit the well-known plant collector and author Dan Hinkley. His 6.5-acre garden on Puget Sound features rare specimens from 65 trips to nearly two dozen countries and is featured in a story by Valerie Easton in the new issue of Garden Design magazine.

Hinkley, a gardener whose tireless quest for new and interesting plants is credited with helping to “change the face of American gardening,” once owned a quirky specialty nursery called Heronswood, which he famously sold to W. Atlee Burpee & Company only to see it closed down in 2006 (“it was losing money,” Burpee’s CEO explained).

To see the whole issue of Garden Design, subscribe here. You can preview the autumn issue here. 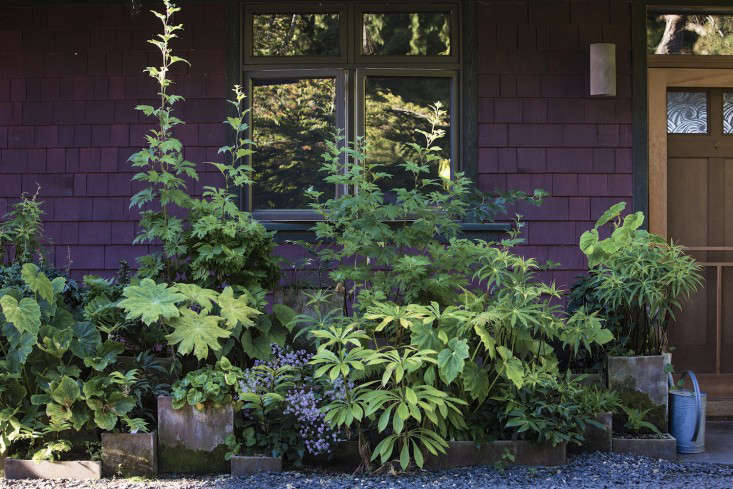 Above: On the northern tip of Washington state’s Kitsap Peninsula, Hinkley and his husband, the architect Robert Jones, built a house–and a wild garden like none other. Shown here growing against the facade are rare woodland plants including Paris thibetica and a large-leafed Podophyllum, which Hinkley brought home from China. 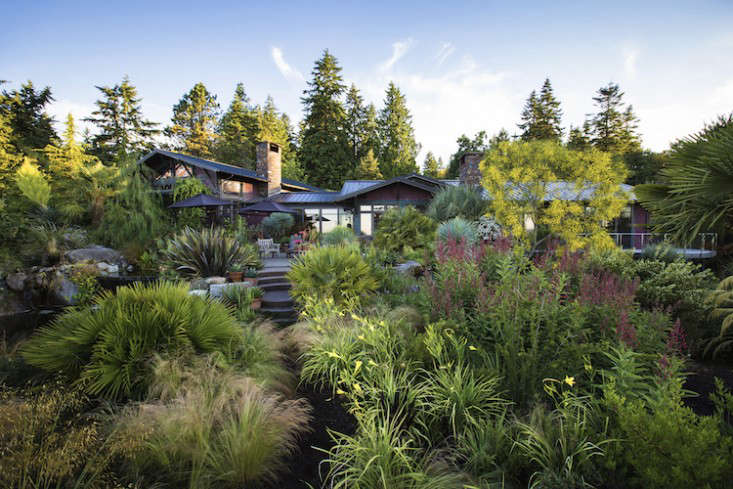 Above: Previous owners christened the house Windcliff in honor of its location atop an exposed bluff. Growing in the front garden are red Lobelia tupa, yellow daylilies, palms, Yucca rostrata, and drifts of Stipa tenuissima. 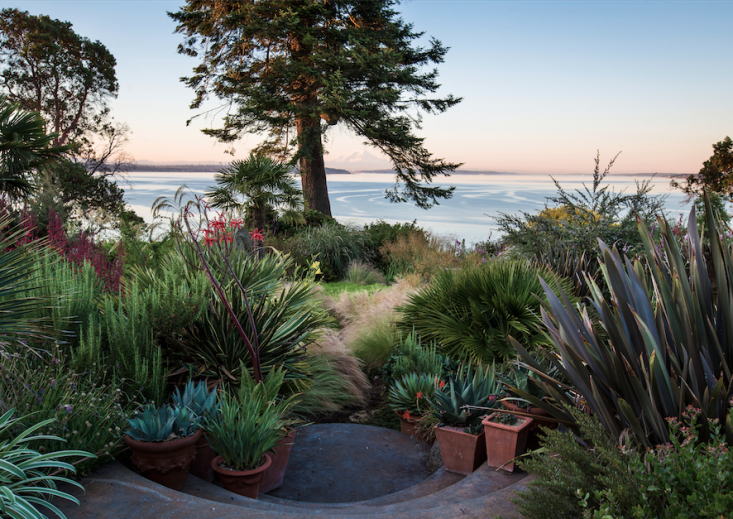 Above: With the Seattle skyline and Mt. Ranier in the distance, native fir and Pacific madrone trees frame the view. Lilies, perennials grasses, and Phormium tenax mingle freely.

For more adventures of our favorite plant hunters, see: