In the 1960s Rachel Lambert Mellon, the self-effacing confidant of the rich, famous and powerful who was known from childhood as Bunny, served on the board of the New York Botanical Garden.  In March 2014 when she died at age 103, an obituary in the New York Times described her rather glibly as “an heiress known for her green thumb.”

This month Mrs. Mellon returns to NYBG.  While she will not be there in person, her spirit is definitely present in the intimate Art Gallery of the LuEsther T. Mertz Library.  Nearly 80 pieces from her wide-ranging, 16,000-item collection of botanical art are on meticulous display in the snug 900-square-foot space.  The exhibit, which includes both watercolors by 19th-century French artist Pierre-Joseph Redouté and a lithograph by Andy Warhol, is small but feels extensive, absorbing but not overwhelming.

All photographs and images courtesy of the Oak Spring Garden Library unless otherwise noted. 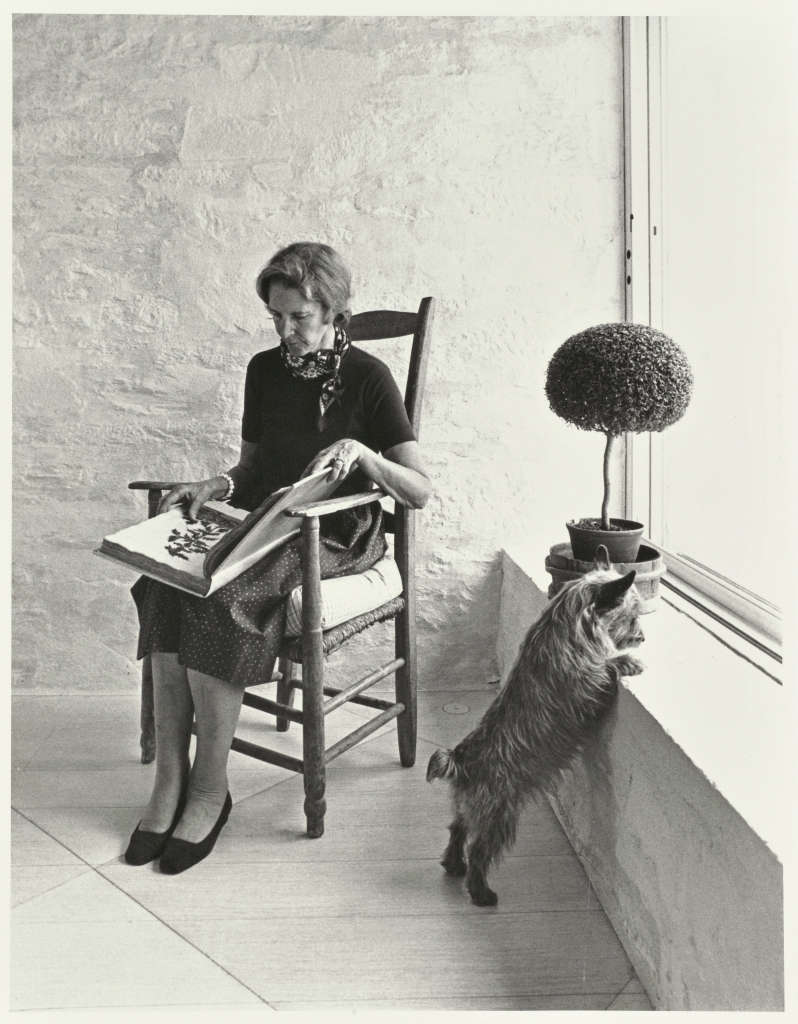 Above: In fact, while Mrs. Mellon did come from wealth, she married into even bigger wealth.  Her grandfather invented Listerine and her father headed Warner-Lambert, the venerable pharmaceutical company that merged with Pfizer in 2000.  In 1948 she married Paul Mellon, the only son of Andrew Mellon, one of the world’s richest financiers and treasury secretary to three presidents. 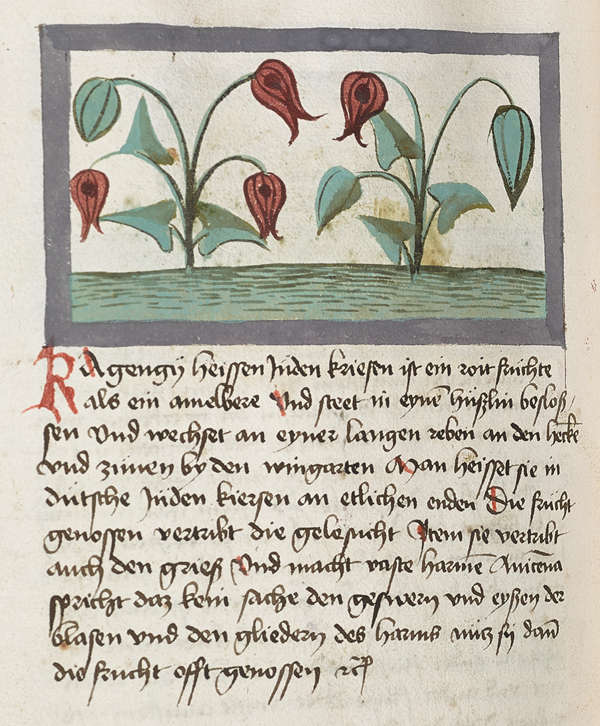 As for her “green thumb,” from the time she was a young girl observing the legendary Olmsted brothers working on her father’s New Jersey estate, Bunny Mellon was in love with plants and gardens and all things horticultural.  It was an all-consuming ardor and the organizing principle of her long and accomplished life. 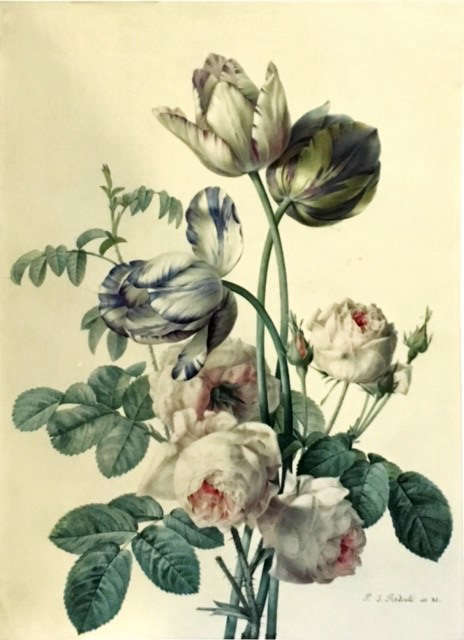 Mellon taught herself gardening by studying the volumes in her ever-expanding collection of horticulture books and began designing gardens while she was still in school.  In time there were many prestigious commissions including the re-design of the Rose Garden at the White House and the restoration of Louis XIV’s vegetable garden at Versailles, the Potager du Roi. 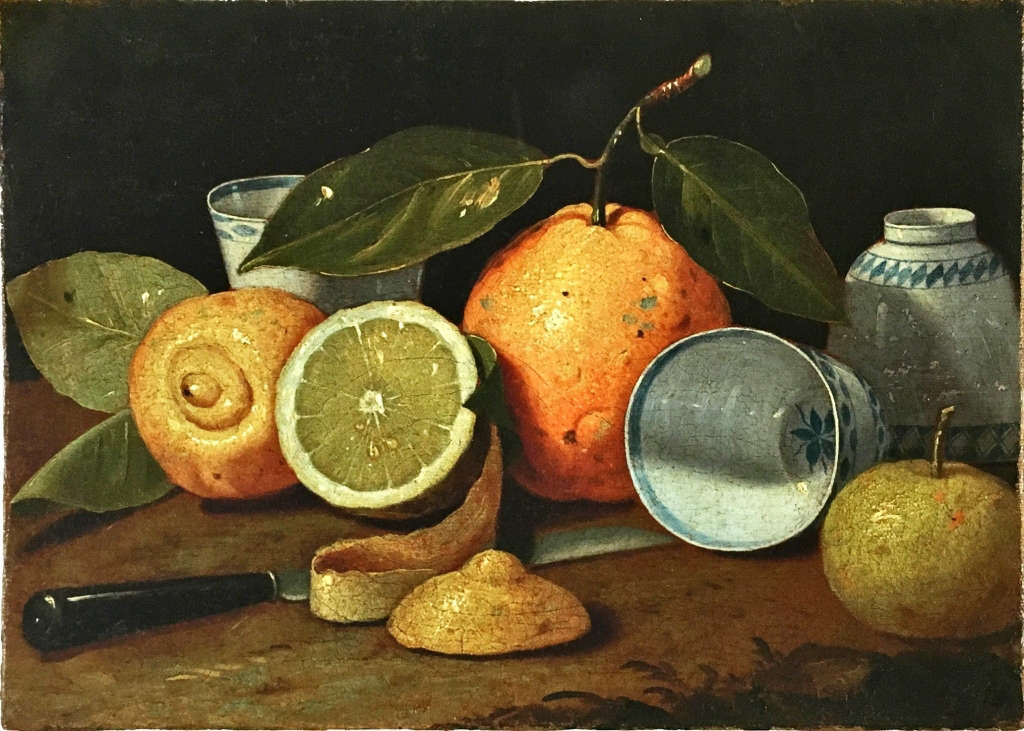 Always she returned home to tiny Upperville, Virginia where she was only too happy to pick up her trowels and pruners and set to work in her own garden.   That her gardening smocks and hats were custom designed for her by Givenchy and her plot was a 4,000 acre estate apparently did not dampen her willingness to dig in and get her hands dirty. 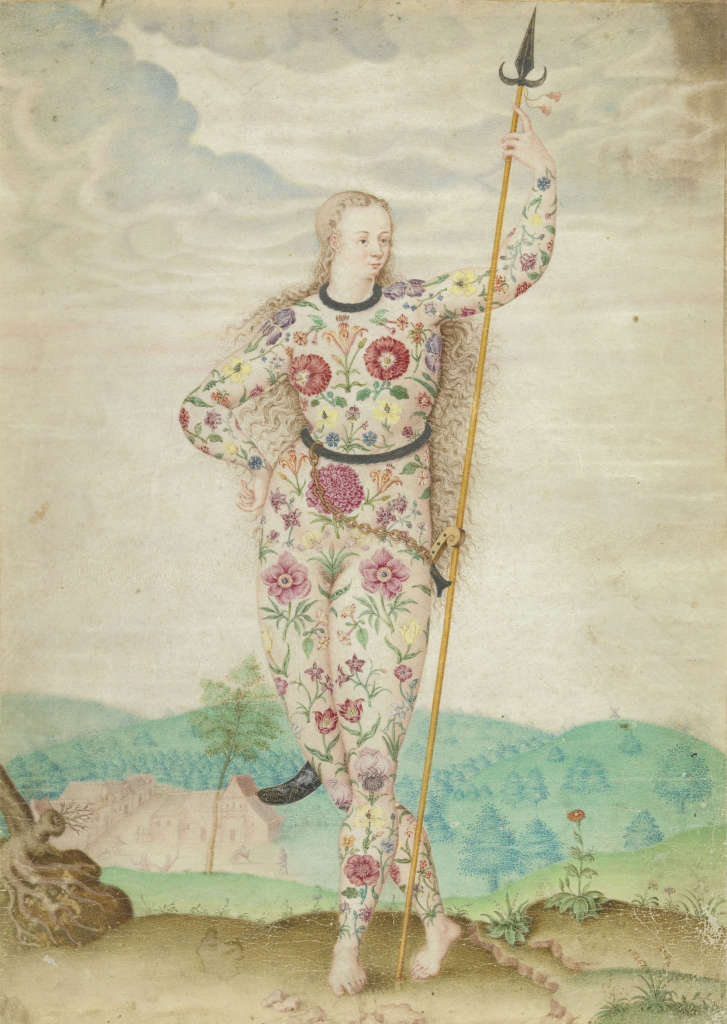 Above: Jacques LeMoyne de Morgues  A Young Daughter of the Picts, ca. 1585, watercolor and gouache, touched with gold on parchment. Courtesy of Yale Center for British Art, Paul Mellon Collection.

Three experts worked for two years culling the highly idiosyncratic bounty of her passion for all objects, books, and art works related to plants. The result is a fascinating distillation of the history of botanical art. 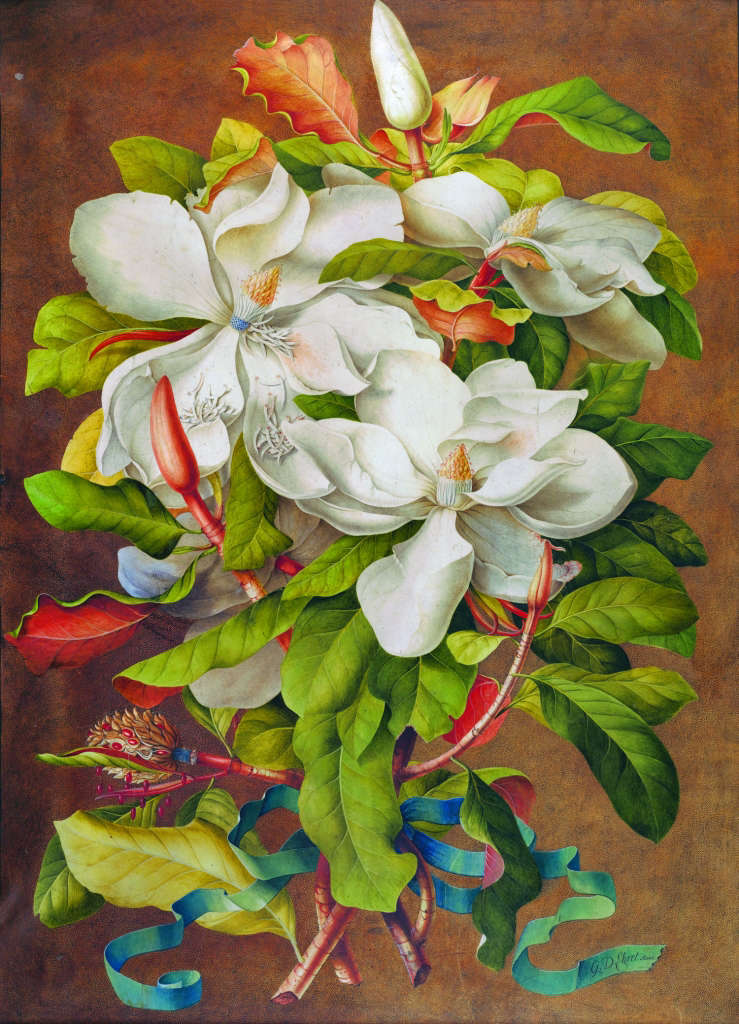 Susan Fraser,  vice president and director of the LuEsther T. Mertz Library at NYBG and one of the people charged with selecting the works to be shown, says it was important that the exhibit reflect the wide-ranging and very individual taste of Mrs. Mellon. 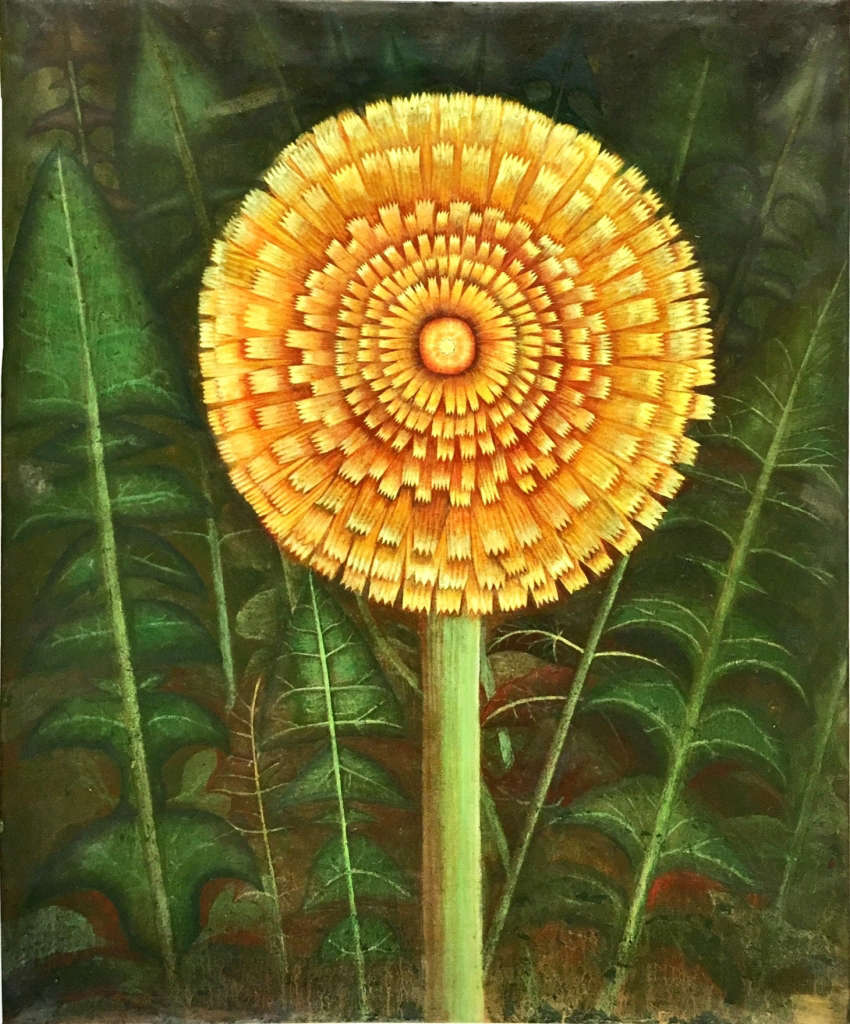 Above: A 1990 oil painting of a dandelion by French artist Sophie Grandval demonstrates Mrs. Mellon’s penchant for making unconventional choices for her collection, which also includes works by Picasso, Rousseau and Warhol, none of whom are known for conventional botanical art. 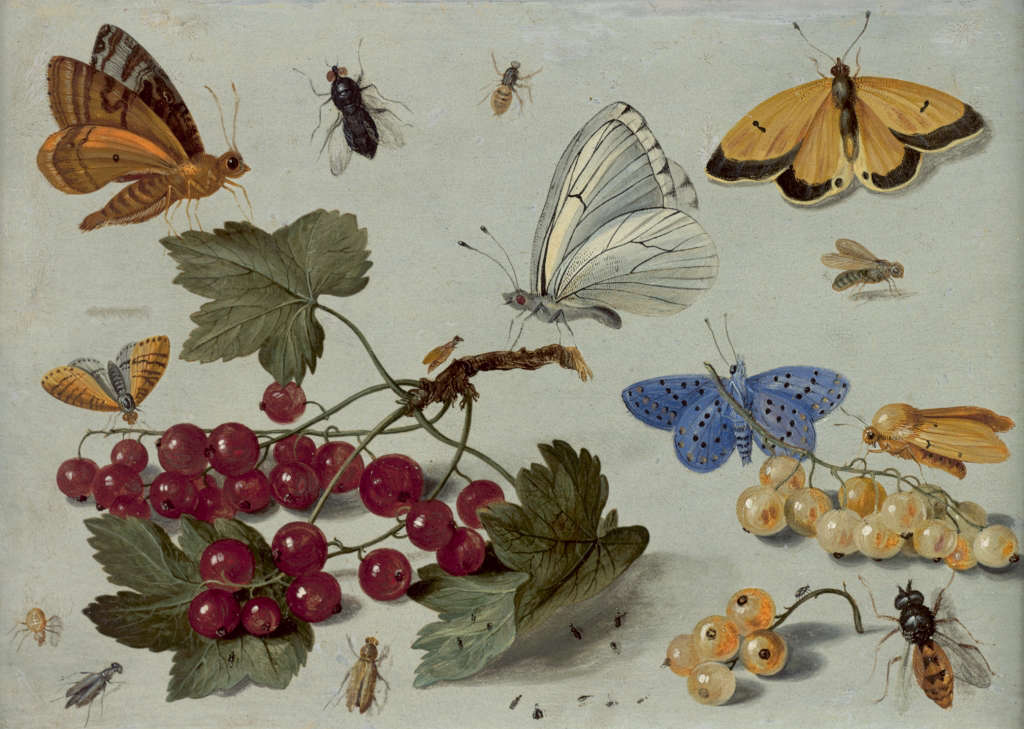 One of the most astonishing pieces in the current exhibit is a series of 17 oil paintings on copper done by the Flemish artist Jan van Kessel the Elder in the 17th century.  They are still in their original frames and Fraser says they may have initially been inlaid in a cabinet of curiosities.  But shown here hanging on the back wall of the gallery they more than hold their own.  The insects and butterflies are so lifelike you almost expect them to fly away as you approach. 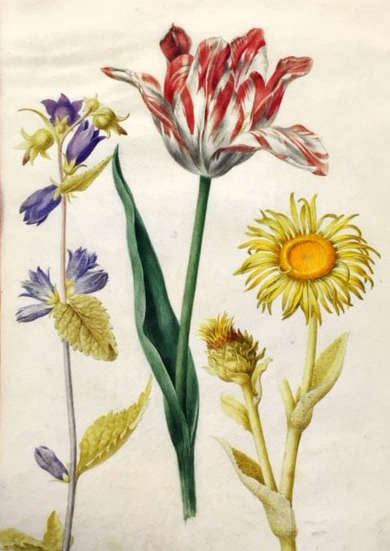 Above: Nicolas Robert (French, 1614–85), watercolor on vellum with gold borders.

Tulipmania, the run on tulip bulbs that seized Holland in 1630, was a favorite area of interest for Mrs. Mellon, and she acquired many works from that period which show the popularity of tulips as subjects for artists. 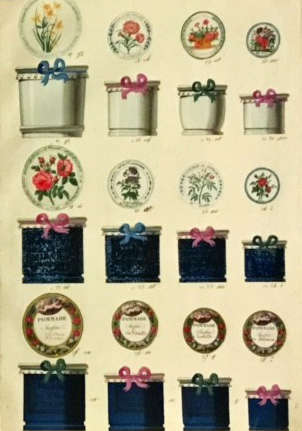 Mixed in discreetly with the books and paintings in the exhibit are medieval manuscripts, perfume bottles, decorative boxes, and ephemera such as a papier mâché model of a melon blossom used as a prop to teach botany, and a hand colored engraved page (shown above )from a 19th-century catalog of cologne and cosmetics.

Above: By the 1970s Mellon’s collection had grown so large that it was housed in several buildings on her estate, Oak Spring Farm.  In 1976 she began working with New York City architect Edward Larrabee Barnes to design a library spacious enough for all of her treasures. The Oak Spring Garden Library was finished in 1981, but Mrs. Mellon was not finished collecting.  More space was needed. In 1997 an annex expanding the original building was opened. 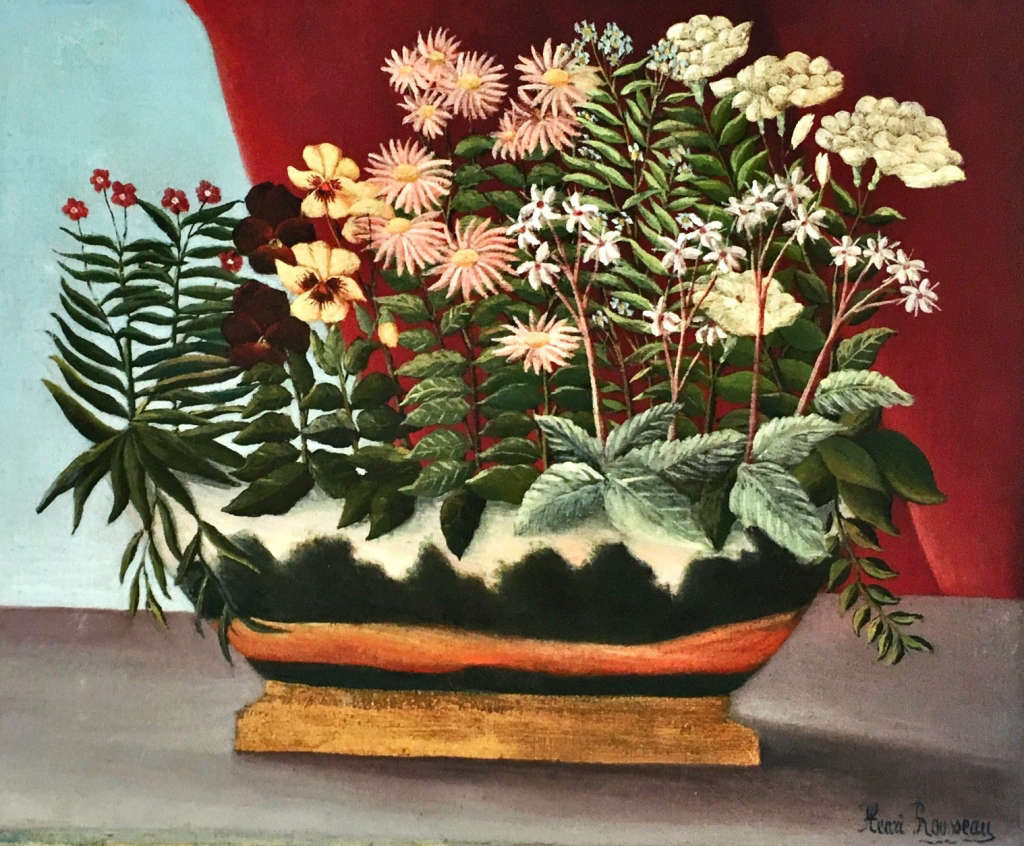 The library is open by appointment to scholars but plans are afoot to eventually open it to the public. In addition Mrs. Mellon left $400 million to the Gerard B. Lambert Foundation (named after her father) to establish an education institute for the study of botany and horticulture to be affiliated with the library and located on its grounds.