When food rationing was imposed on Britain at the beginning of 1940, no one knew that it would last for 14 years. A cookbook with the prescient title They Can’t Ration These came out that year, and it is now published by Persephone Books. Written by a French nobleman living in England, it was all about foraging.

Food for free is a notion that many of us like the sound of these days. We like to eat seasonally and locally and we have broadened our views on unusual food. And yet we are still not particularly adventurous. It would be a surprise to see Grilled Squirrel on the menu, yet it is described here as “a great delicacy.” In 1940 things were more desperate. Enter the soothing and cheerful Vicomte de Mauduit, who wanted Britons to know that they could live well, “in plenty, in comfort, and in health” even while their world was falling apart.

Photographs by Kendra Wilson except where noted. 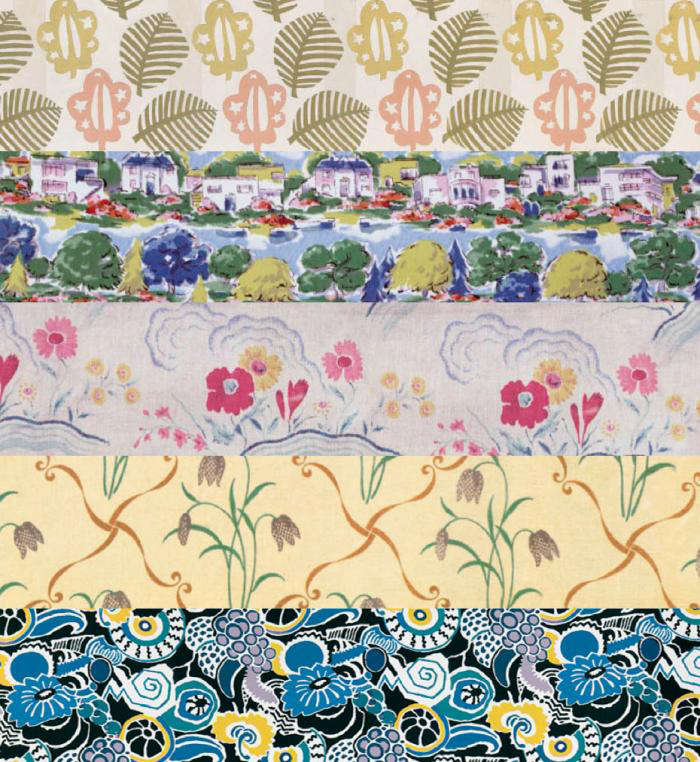 Above: The majority of Persephone books are revived novels from forgotten inter-war writers. There is also a fascinating selection of nonfiction books relating to country life, and house and garden. Endpaper designs from some of these are shown here, from top: They Can’t Ration These, How to Run Your Home without Help, The Country Housewife, Gardener’s Nightcap and Kitchen Essays by Agnes Jekyll, sister-in-law of Gertrude. Books from Persephone cost £12 each and available by mail order. The endpapers are reproductions of textiles exactly contemporary to each book. 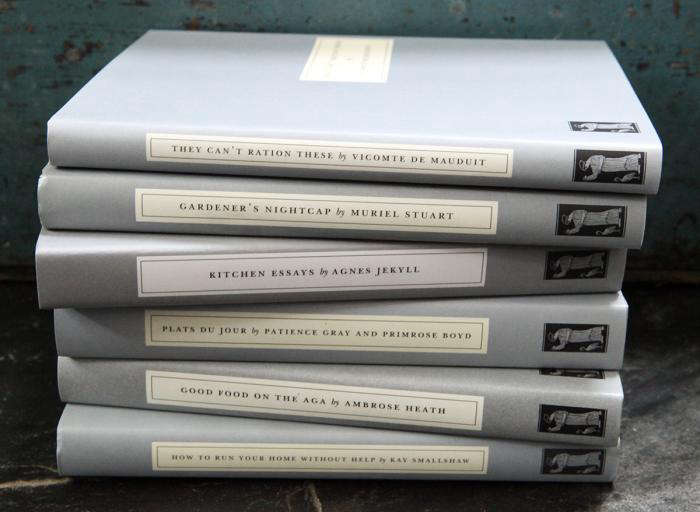 Above: Persephone books are clothed in a uniform dove gray. People come from near and far to visit the shop at 59 Lamb’s Conduit Street in central London. There are 100 books in the catalog but no numbers on the spines, so remember to take a list: They Can’t Ration These is Persephone book no. 54. The assistants at the shop will navigate you around the shelves of near-identical books and they are expert at answering gift enquiries for “the man who does not often read novels/the child who has just left home/the romantic/the dog-lover.” A selection of ten of the most popular books, known as Persephone Classics (with illustrated covers), are available in bookstores in the US and UK. 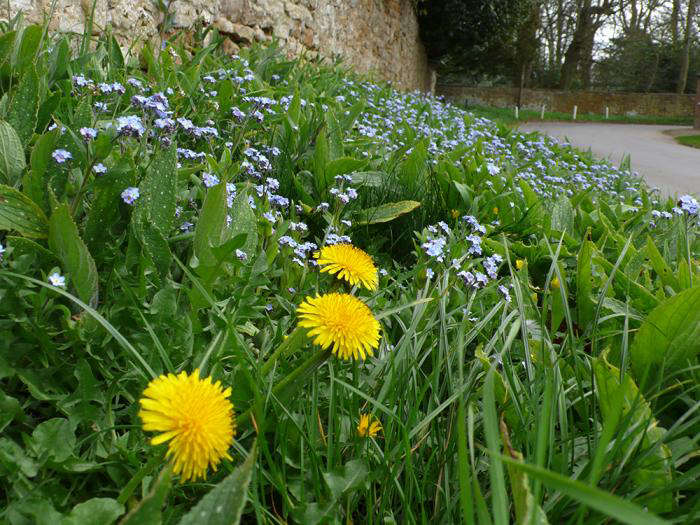 Above: Vicomte de Mauduit had already written three cookbooks when he was inspired to write his final book They Can’t Ration These. Dandelion and nettle had long been used by country cooks, but the vicomte approaches these with an infinitely lighter touch. Who can resist Dandelion au Beurre? Like many of his recipes it is quite simple, a matter of simmering finely chopped leaves of the dandelion and returning them to the pan with a little butter, salt, and pepper. Toss over the fire for five minutes.

Ways of Cooking a Hedgehog: roasted, fried, stewed “or made into a pí¢té.” Some of the recipes here are no longer encouraged but remain eminently readable, and the vicomte supplies excellent tips. The way to get rid of prickles is to roll the prepared animal in clay. Bake in moderate heat, then break the clay with a stick or hammer. Et voila, skinned hedgehog.

We know of the French love affair with snails, but the British have never really taken to them. “In this great country,” the vicomte says of his adopted Britain, “snails are looked at with questions. I propose to answer them.” First it is important to empty the contents of the snail’s stomach, which might contain poisonous plants, and the solution is to starve them over winter. Come spring, they are ready to go. He mentions the “natural gelatine” of snails (which he seems to like), so this is not considered a problem. The uninitiated might have more questions, like what kind of snail? There are two different kinds: “the vulgar mollusc and the edible snail (shown here), which is our purpose.” 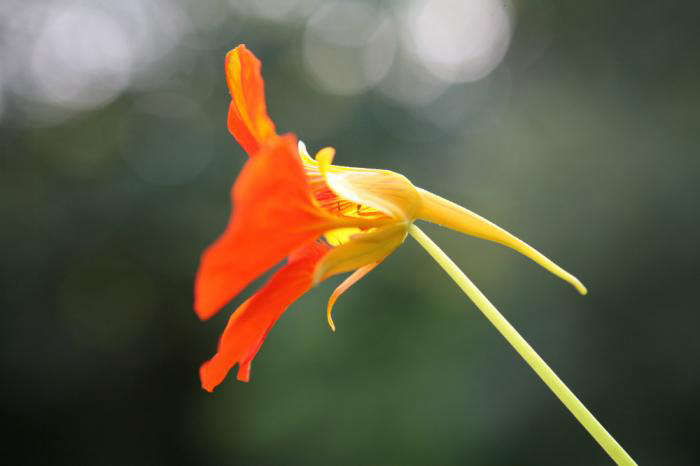 British wartime cooking is notorious for its fascination with substitutes. “Cream” was a blend of margarine, milk, and corn flour. Rolling mashed potato in cocoa powder gave you “chocolate truffles.” Being French, Vicomte de Mauduit has more palatable suggestions. Used up your pepper ration? Try ripe nasturtium seeds, ground by pestle and mortar. Want to save fuel? Bring a casserole to the boil and then move it to a box of hay, which will generate enough heat to keep the food simmering until thoroughly cooked.

Recipes in which rose petals are called into service are always intriguing and usually inviting. One might hesitate to prepare a salad adding petals to hay, fresh grass clippings, lettuce leaves, fruit and “sugar to taste.” However, rose petal jam sounds perfectly reasonable. The petals must always be bright red: “No other hue will do.”

The chapter on herbal remedies suggests concoctions passed down through the ages. One agreeable cure is an infusion of flowers, including roses, “for a sad heart.” The recipe begins thus: “Pluck the petals of fresh red roses and dry them in the sun together with fresh violets, borage flowers, and anchusa flowers in equal quantities.” Thoroughly dry them over a few days and preserve in a tightly lidded jar. When feeling depressed, use the dried flowers for tea and “drink to your heart’s content.”

We lose trace of the vicomte the year the cookbook was published; he is thought to have died in Germany.


You need to login or register to view and manage your bookmarks.

How To Run Your Home Without Help

They Cant Ration These