Behind an old house in upstate New York, on a hillside covered in vines and mustard weed, there lurked a hidden junk pile: broken bottles, rusty hinges, toilet seats, and a layer of roof shingles. Says Bart Ziegler, who discovered the mess soon after buying the house, “It was a real dump.”

You’d never know it now. Mr. Ziegler, the Wall Street Journal’s “Weekend Gardener” columnist, has a shady hillside where leaf colors, shapes, and textures complement each other to create visual interest all season long beneath sugar maples. Earlier this week, we shared a few of Mr. Ziegler’s Shady Secrets. Now, here’s a blueprint to recreate his planting scheme: 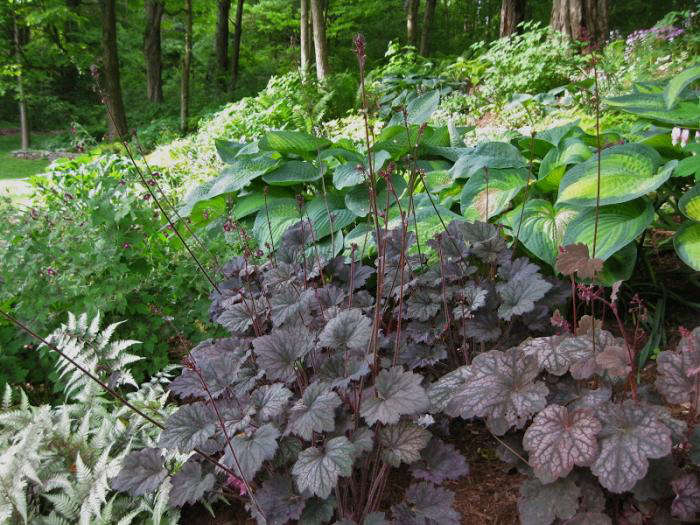 Above: Silver-leaved ferns, wine-colored coral bells, variegated-leaf hostas and a perennial geranium with a small purple bloom (L) complement each other–and are extremely hardy. The only irrigation they get (other than rainfall) is when Mr. Ziegler visits on weekends and trains a hose on the garden. 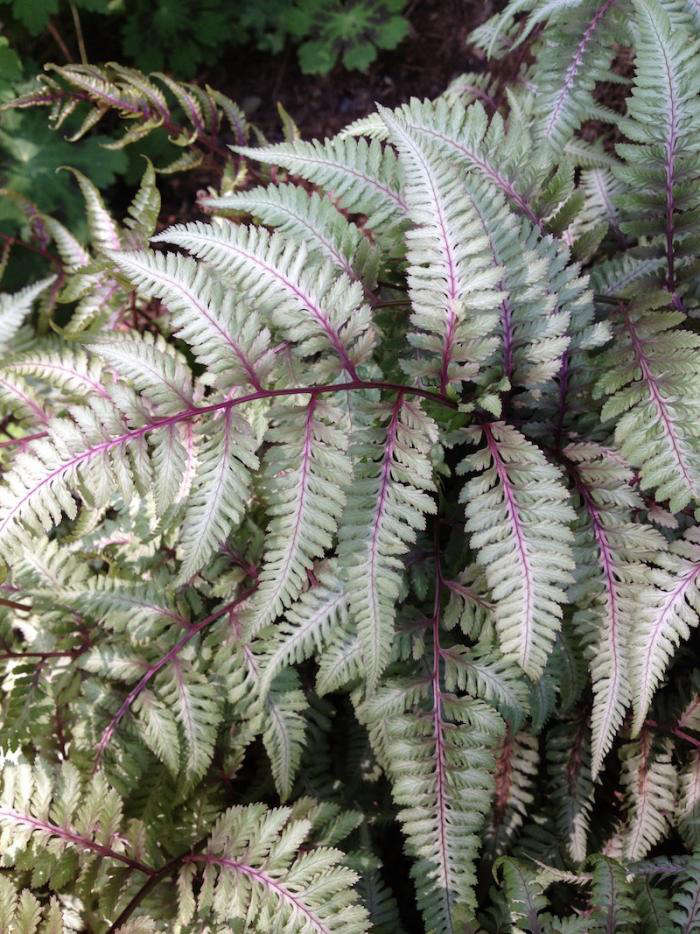 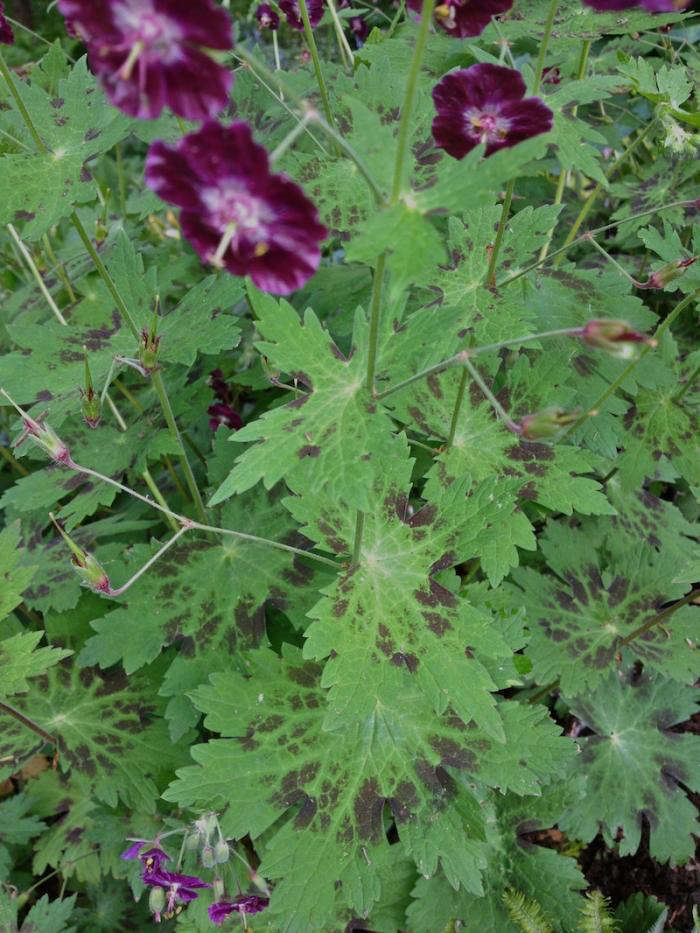 Above: Behind the ferns, at the front of the border, creeping geraniums echo the purple tones, both with their blooms and the maroon splotches on their leaves. For a similar look, Geranium phaeum ‘Langthorn’s Blue’ is $7.25 from Digging Dog. 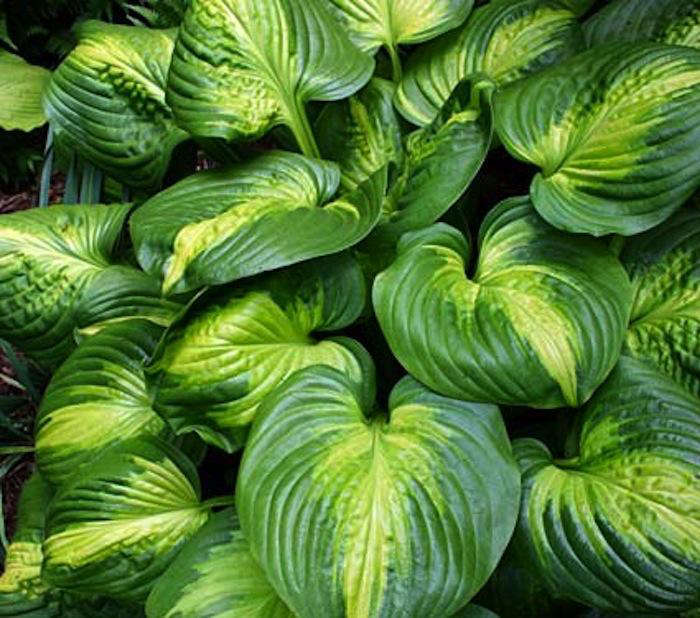 Above: In the back of the border, a large-leafed hosta anchors the grouping. Consider Hosta ‘Cathedral Windows.’ It is $16.50 from Perennial Nursery. Image via White Flower Farm.