The rules of croquet are simple, according to the books, a claim that leads me to wonder if mastering the intricacies of lawn games is one of those things–like learning a foreign language–best tackled when you are still very young.

I played croquet enthusiastically as a child, thwacking opponents’ balls into the neighbors’ phlox. But did I know the rules? All these years later, when I try to parse the niceties of baulks and flinches and roquets (and re-roquets) and flank bridges and triple peels and scatter shots, my brain quietly tiptoes away long before it gets anywhere near a rover hoop. Does it matter? Not a bit. There’s a reason croquet was a 19th century craze, embraced by royals and parodied by Lewis Carroll. Summer is upon us, and the grass smells just-clipped. Grab your mallets. 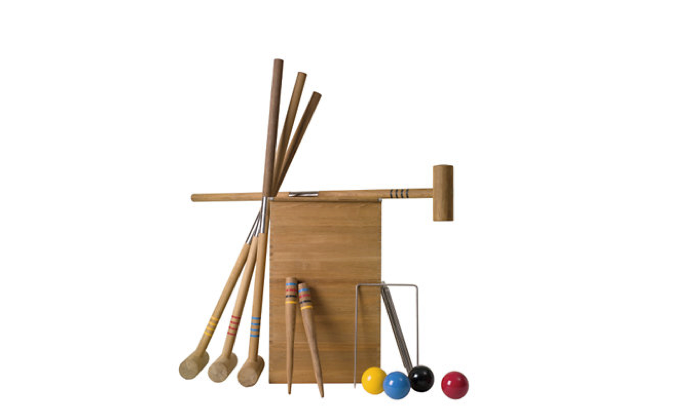 Above: A collaboration between designers Hans Thyge and Akiko Kuwahata, the Teak Croquet Set from Design Within Reach features a stylish teak box for compact storage when the game’s not in use; $735. 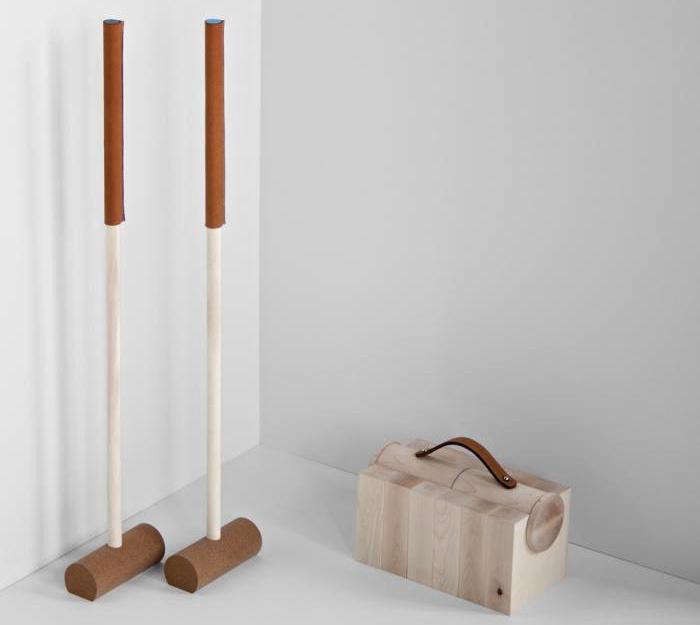 Above: French designer Romain Lagrange re-imagined croquet as “Gates,” a compact version of the game to play indoors. For more information, visit RomainLagrange. 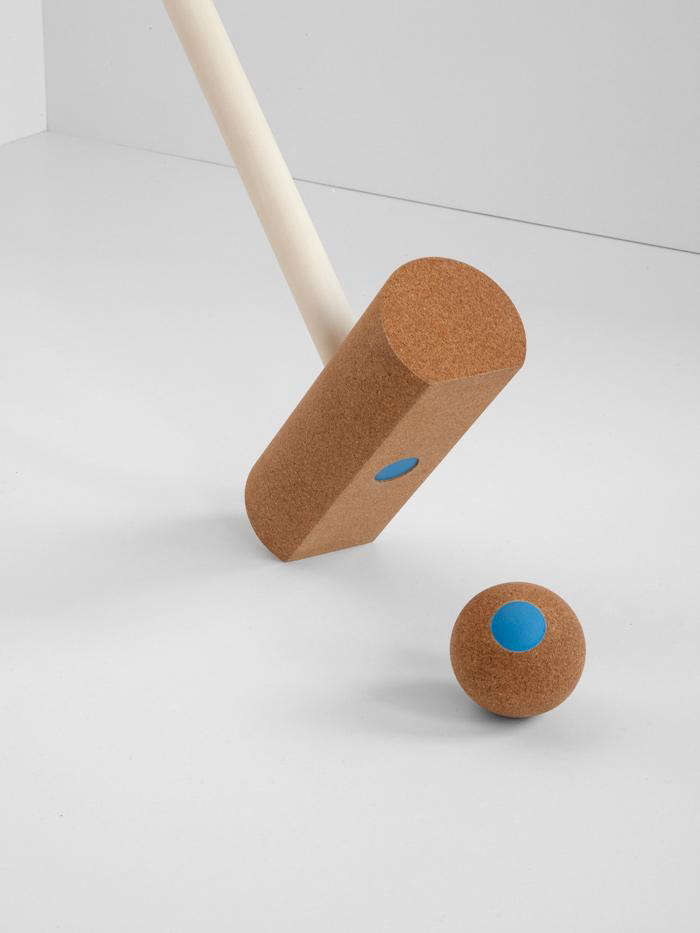 Above: Says Lagrange: “The lines of this game, composed of too many parts, have been simplified from the original to make it compact and usable inside. There are two mallets, six gates, and two stakes.” 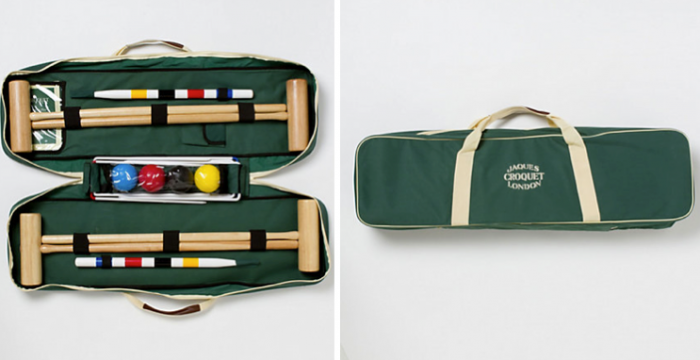 Above: Garden Croquet Set, made by Jaques of London; $248 at Terrain. 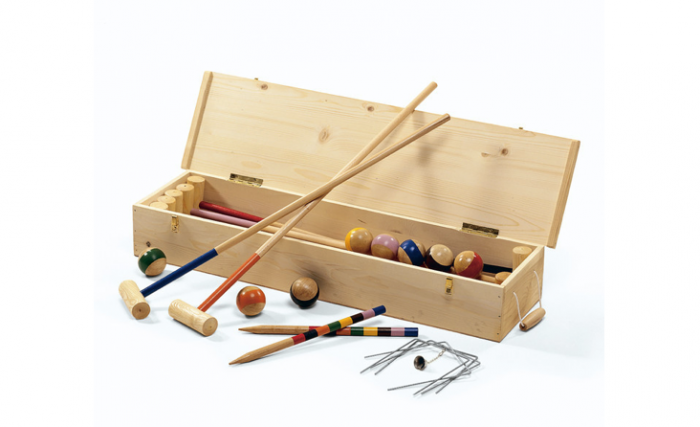 Above: For a more traditional version of the game, a Croquet Set for eight players is 240â‚¬ from Manufactum. 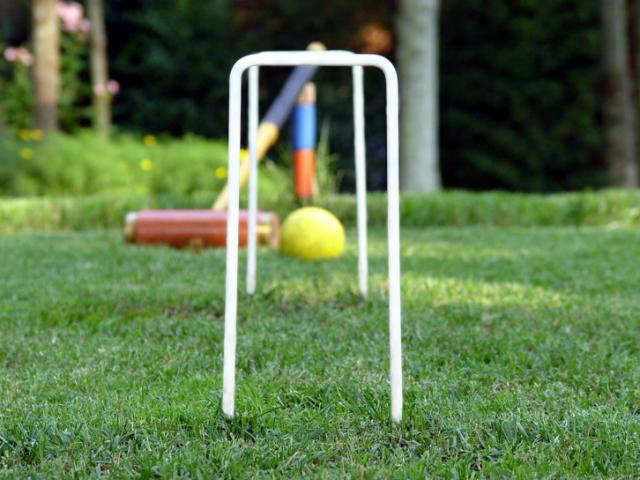 Above: As for the rules, are we playing Association Croquet, American Rules Croquet, Nine-Wicket Croquet, Golf Croquet, or Alice in Wonderland Croquet (which requires a flamingo and a hedgehog)? 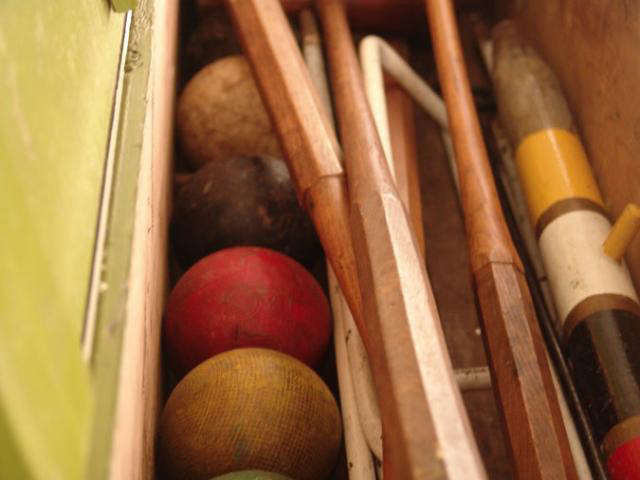 Above: The Jaques family, in London, has been manufacturing handmade wooden croquet sets since the 1800s. Patriarch John Jaques II won a Gold Medal (still in the family’s possession) for introducing croquet at the Great Exhibition in 1851. Image via Jacques London. 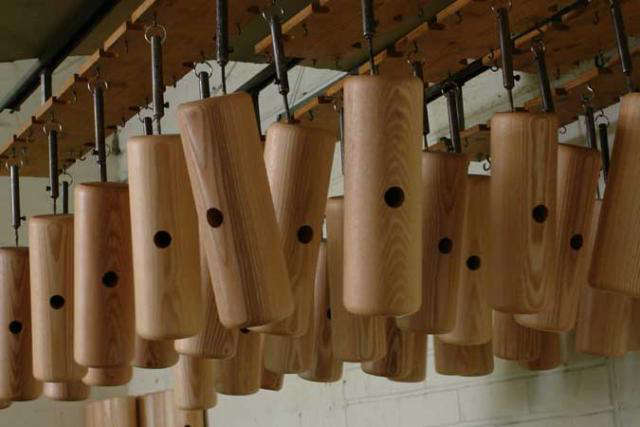 Above: How to make a mallet. Jacques’ sets range from the Playmate Croquet Set ($129.99) to the Sandringham Croquet Set for eight players, which comes in a solid mahogany box and has championship flags to mark the court’s corners and yard-line pegs to mark where balls re-enter the playing area after returning from the neighbors’ phlox ($6,999.99). Image via Jacques London. 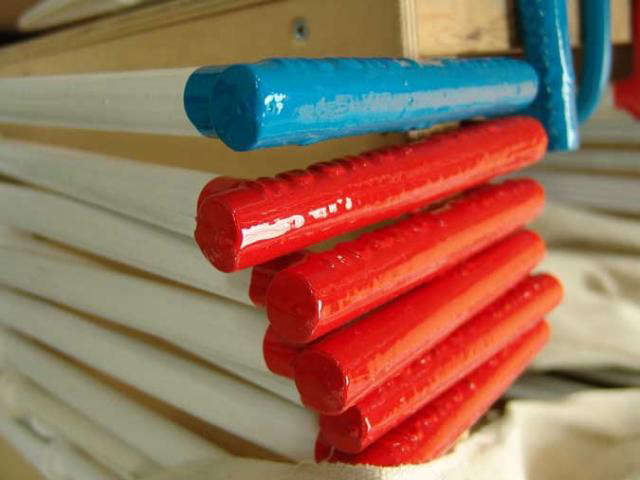 Above: Croquet hoops in progress, via Jacques London. For a six-player Croquet Set, visit L.L. Bean ($129; comes with a hardwood stand).

The World's Most Elegant Outdoor Grill