You know the feeling: You’ve just arrived at a favorite museum to see a longed-for show, but can’t resist the museum shop first. It feels like cheating. But not at the fifth annual Cottesbrooke Gardeners’ Fair, the hotly anticipated garden show that gets underway today in Northamptonshire. Here, guilt-free shopping is the main event, with stands by 42 nurseries–including some of Europe’s top growers–on the rolling green lawns of Cottesbrooke Hall, straight up the M1 from London.

After Chelsea, Cottesbrooke is the season’s most glamorous gardening event, a cheery festival of the expert and the picturesque. The “talks” tents are always a draw, with Cleve West new this year and winner of two Best in Shows at Chelsea. Also Chris Beardshaw, another recent gold medalist, whose topic is simply The English Garden. Jake Hobson, back from recent adventures with Toast, will be talking about cloud pruning on each day of the fair, when he is not by his stand Niwaki, selling Japan’s sharpest accoutrements for the perfect snip. 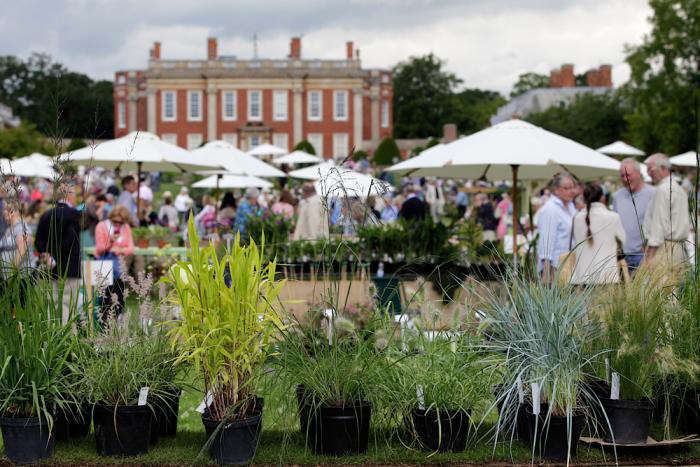 Above: At the prettiest fair of its kind in England, the turf-topped tables show the plants to best advantage. The Queen Anne house was built in 1702 and is thought to be the setting for Jane Austen’s Mansfield Park. Photograph by James Corbett, via Cottesbrooke. 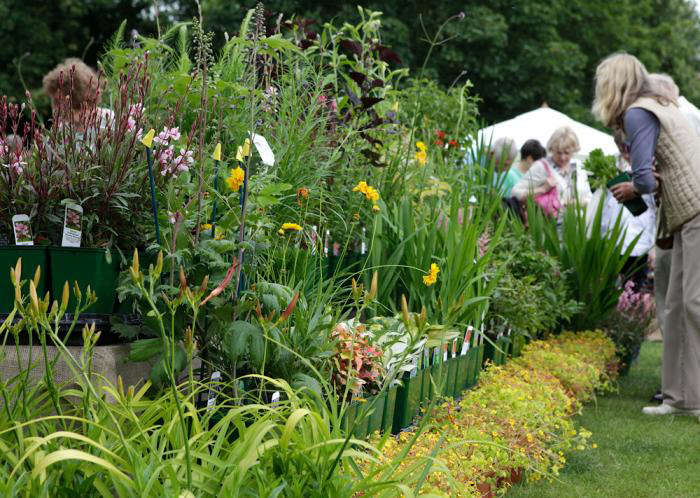 Above: For a quick survey of the who-what-where in British horticulture, Cottesbrooke reveals a network of hard-working nursery men and women whose top-quality plants turn designers into stars. Photograph by James Corbett.

Plants and plants people are the nucleus of this fair, and specialist growers are both local and far-flung. Regulars Crug Farm Plants are growers from Wales who are also intrepid plant hunters. Gunnera killipiana, for example, was collected in Guatemala eight years ago. Happiest living around 2000 meters above sea level, it does well in the UK as long as the crown is protected from hard frost. 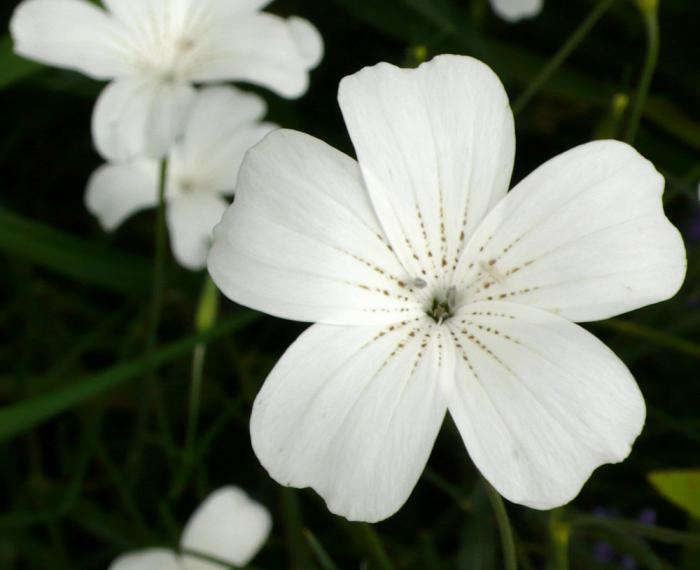 Above: The fair is in its fifth year and many of the specialist suppliers can see their progeny blooming in the gardens of Cottesbrooke. Agrostemma ‘Ocean Pearl’ (corn cockle) is one of the leitmotifs around the garden provided by Special Plants. 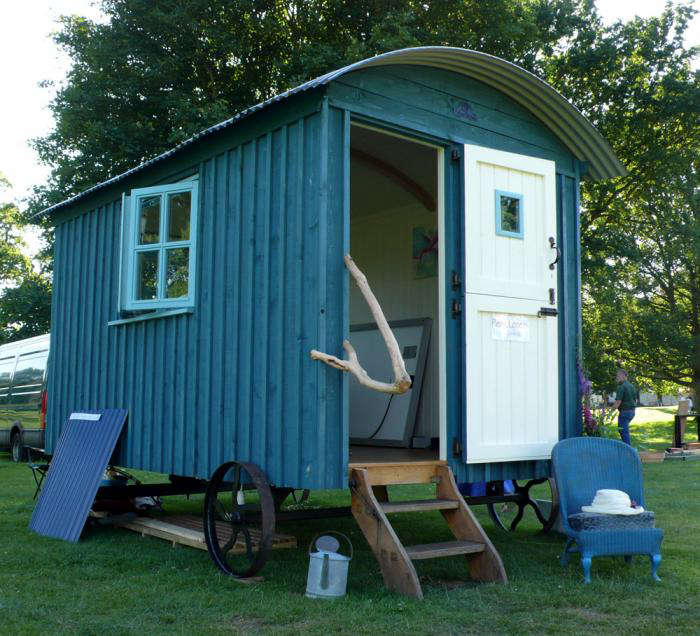 Above: Big ideas at a small fair: a shepherd’s hut from Hollow Ash makes a portable summer house. Updated for non-shepherds with insulation and a built-in bed. 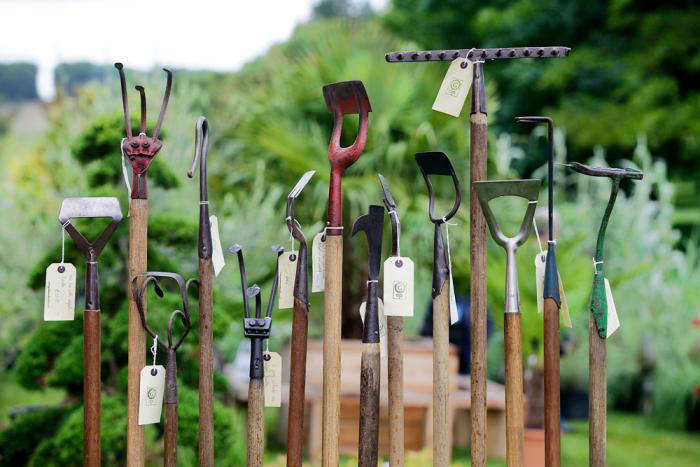 Above: Vintage tools come in unfamiliar but useful shapes and sizes, from Garden and Wood. Photograph by James Corbett. 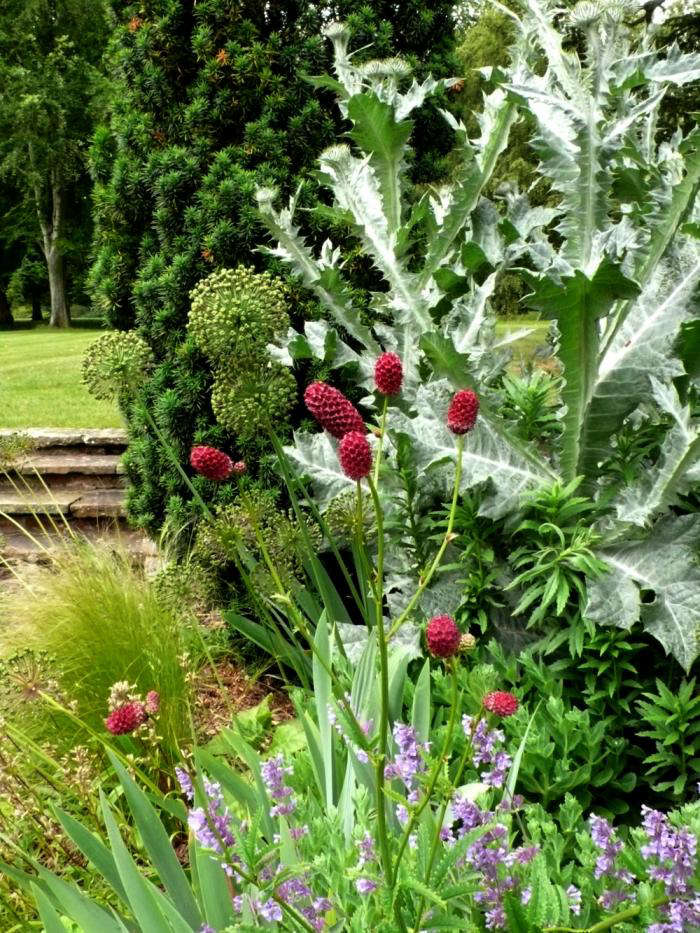 Above: Instead of the temporary show gardens which are a vital ingredient of RHS events, visitors to Cottesbrooke can wander around the permanent yet ever-evolving gardens of the Hall. With the estimable head gardener Phylip Statner and his team, several top designers have helped to shape the look over the last few years: James Alexander-Sinclair‘s Terrace Border is tall, pretty, and sometimes prickly. Here, sanguisorba and Scotch thistle mix with the seed heads of Allium Purple Sensation. 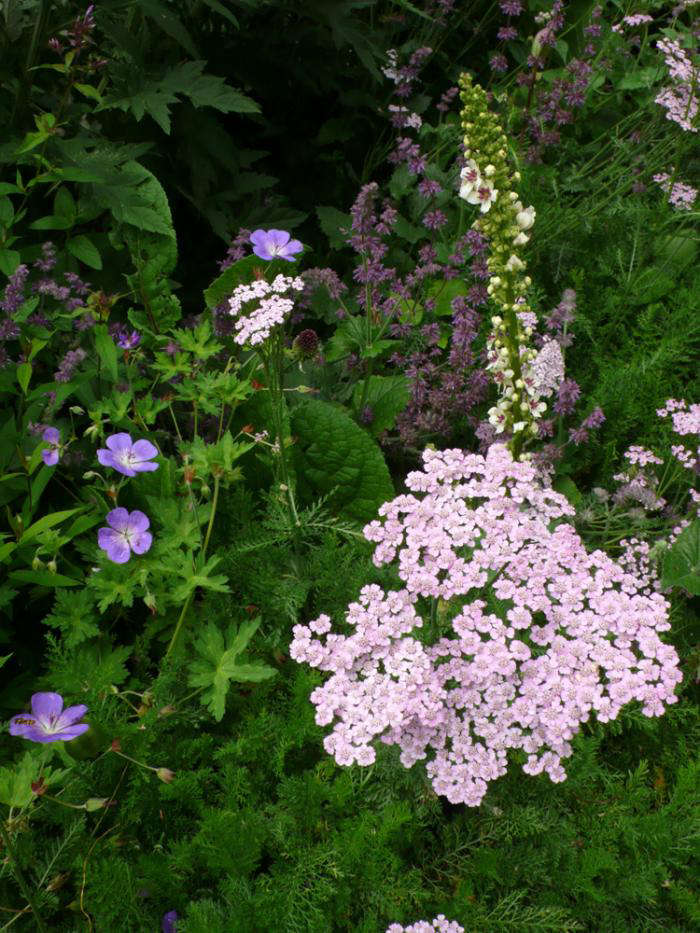 Above: More recently, Chelsea gold medal winner Arne Maynard has spruced up the Statue Walk with his romantic plantings of pinks and mauves. Here, verbascum chaixii and pink achillea make a cottagey tapestry with Geranium Mrs Kendall Clark, salvia, and the last of allium sphaerocephalon. There are more than 12 acres to wander around, including the Wild Garden.

by Kendra Wilson
May 5, 2022
Read all recent posts