In the Rhaethian Alps along the borders of Switzerland and Italy, Milan-based architects act_romegialli transformed an unloved concrete garage into a vine-covered green garden pavilion. What makes it look so magical?

Instead of trying to cover up the concrete bunker look, they celebrated the original architecture, using the existing garage as a giant trellis for greenery run amok. 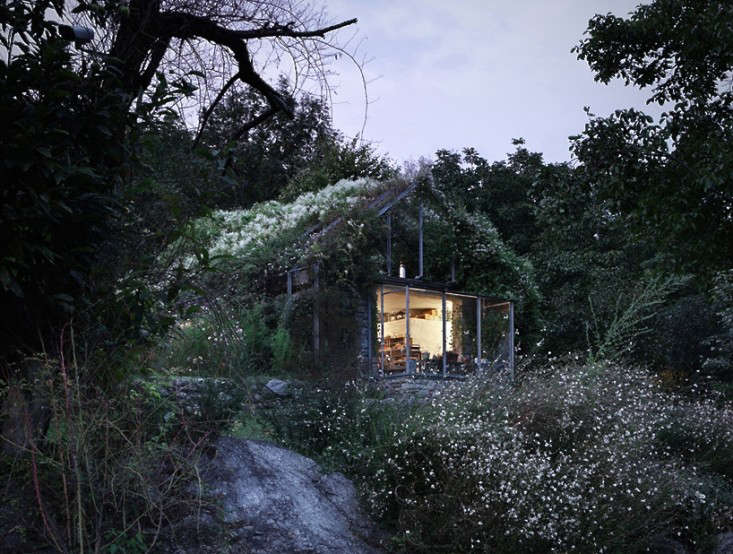 Above: The architects built a a galvanized metal frame around the garage and covered it with deciduous vines, including honeysuckle and mile-a-minute vine.

Above: The original garage had a flat roof. 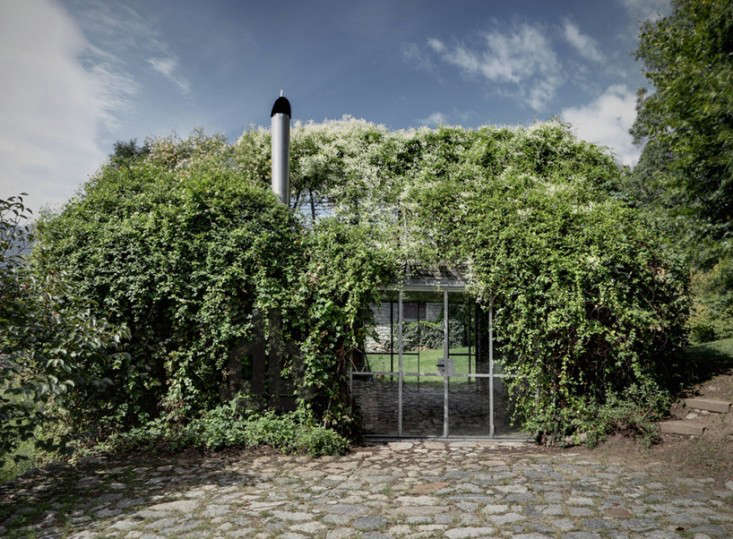 Above: The renovated garden hideaway has two rooms, including a kitchen. 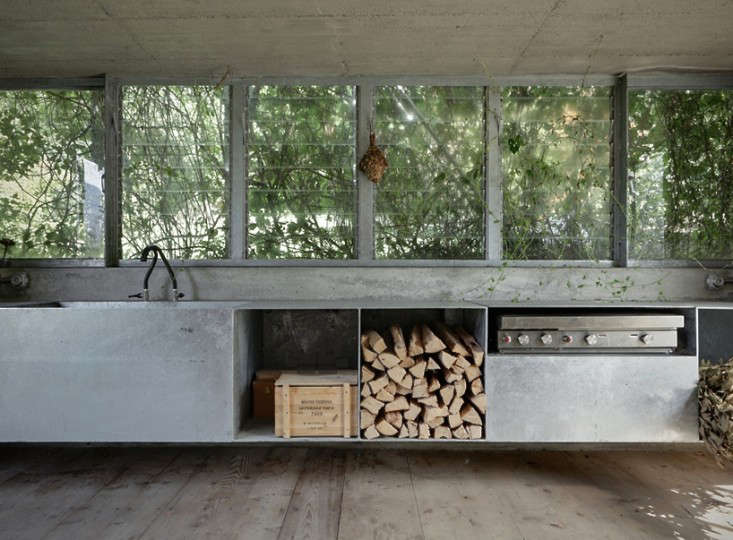 Above: The kitchen has a cook’s range, sink and faucet, and firewood storage. 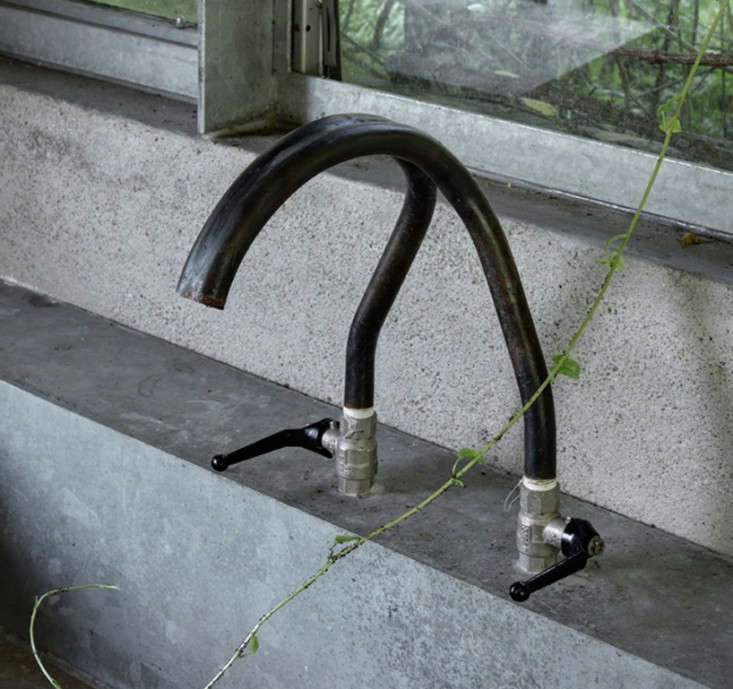 Above: Two soldered pipes create a faucet that mixes hot and cold water. 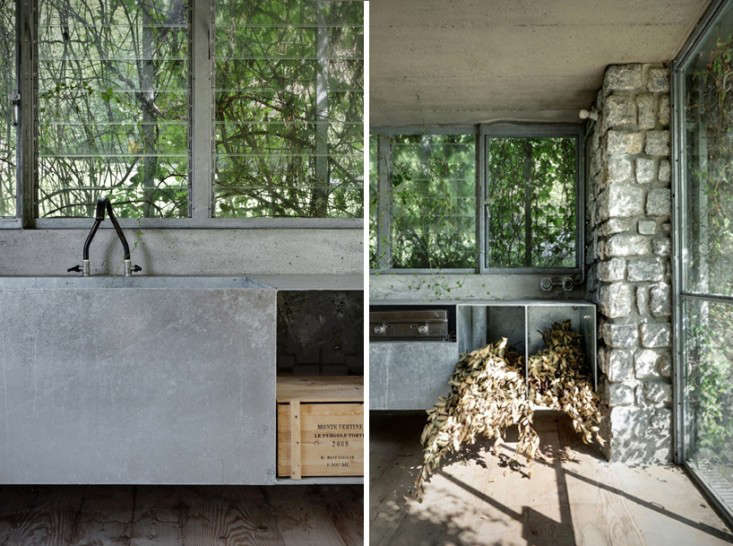 Above: Louvered windows allow air to circulate throughout the interior. 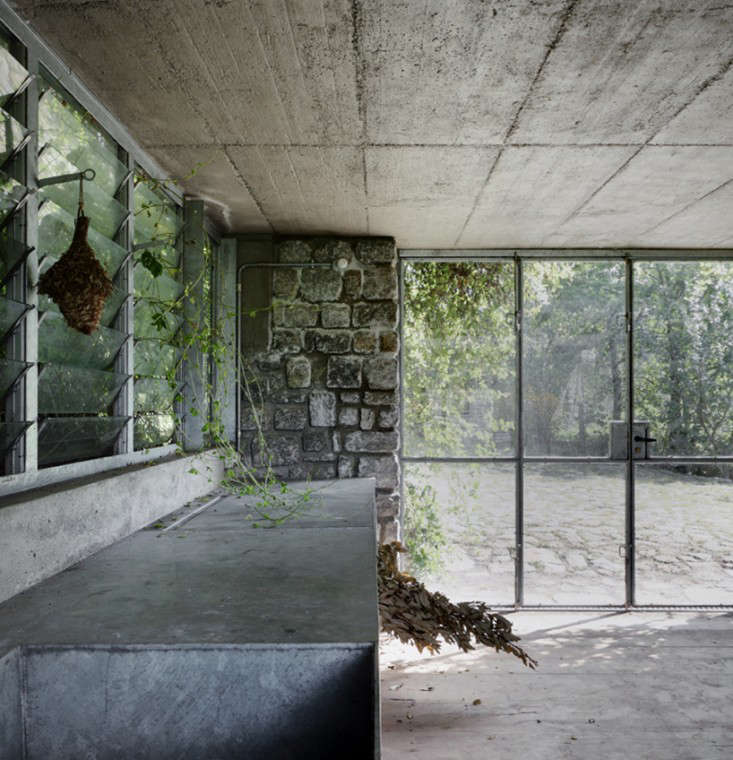 Above: Green vines are encouraged to come inside to soften the hard industrial surfaces. 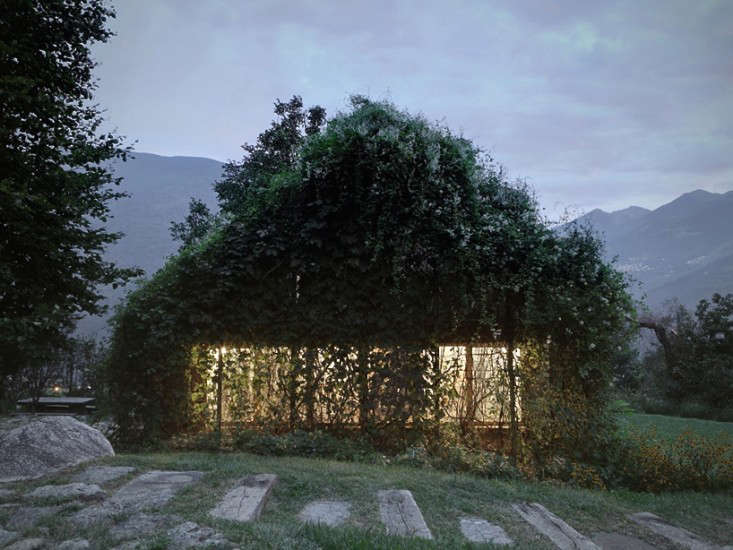 Above: Metal framed full-height windows open the interior to the outdoors.

For more about the project, see: