Celia Hart is an illustrator and printmaker whose blog, Purple Podded Peas, keeps readers up to date on developments in both

her garden and her work (oh, and her chickens, too).

The old walled garden that inspires Celia is tucked into a corner of Suffolk near Cambridge, England. An arched doorway separates the garden from the chicken coop and maintains harmony. We peeked through it the other day: 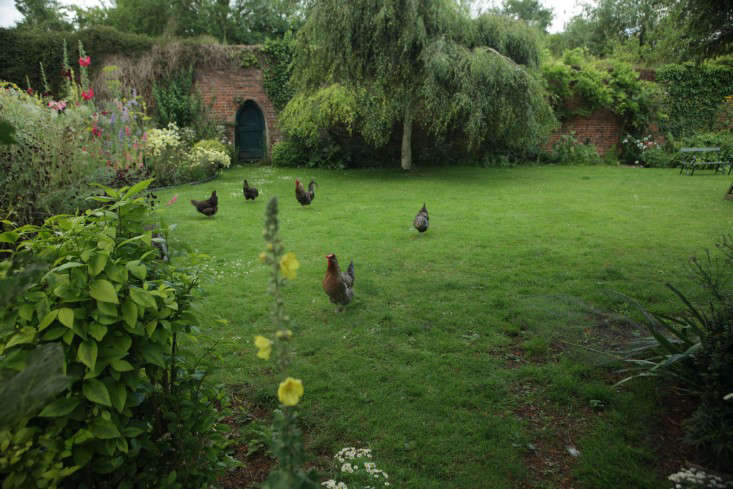 Above: The wall and door shown here form the boundary of Celia’s flower garden and outdoor living area. The property used to be part of a bigger estate, and the backdrop is of mature trees and utter, blissful privacy. 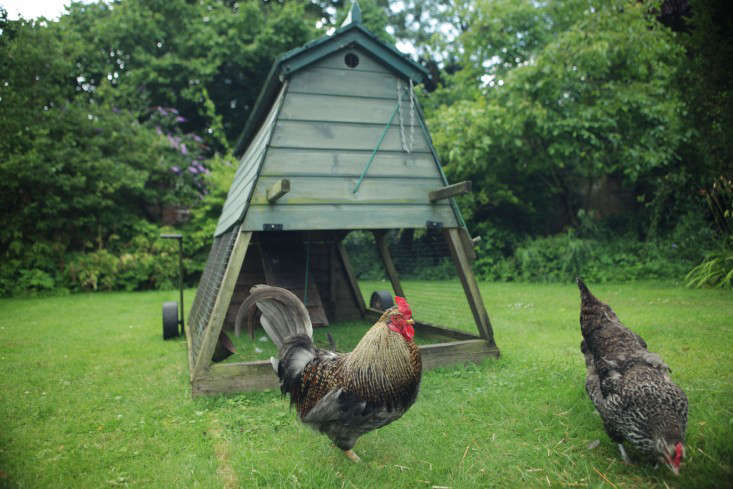 Above: Celia’s avatar is a lino cut of a plump chicken, so it’s no surprise that a rather stately henhouse takes pride of place in the center of her garden. Cheep the Rooster was a hasty gift from a friend, when his siblings were being savaged by their mother. He is equipped with the fighting spirit. 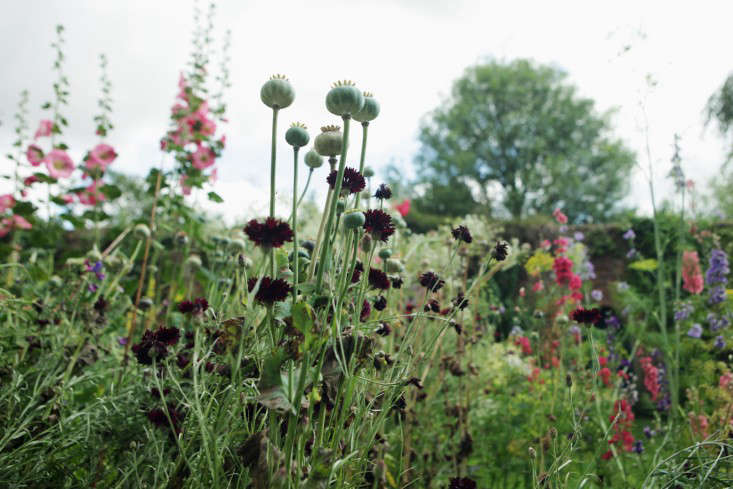 Above: Celia has beds of annuals on either side of the patio, where hollyhocks, ‘Black Ball’ cornflowers, and self-seeded opium poppies grow. 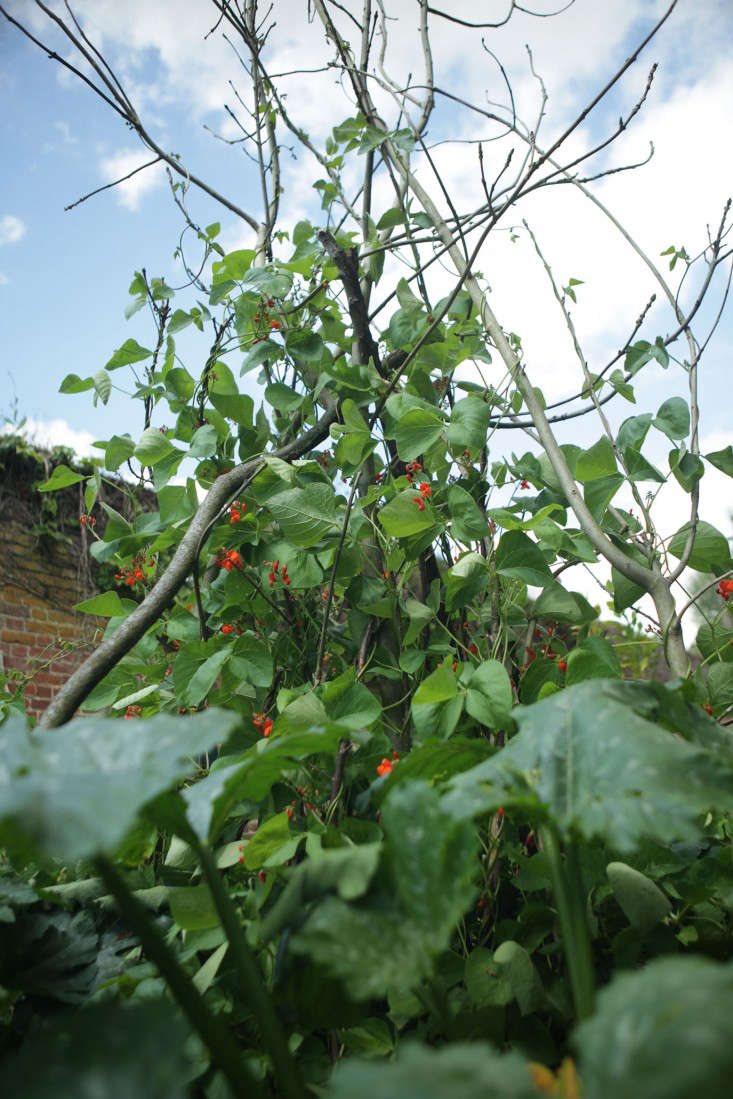 Above: In the vegetable garden, a bed dedicated to zucchini, cucumbers, and runner beans is a variation on the Three Sisters (the traditional companion planting of squash, corn, and beans). The branchy supports shown here are trimmings from an ash tree. 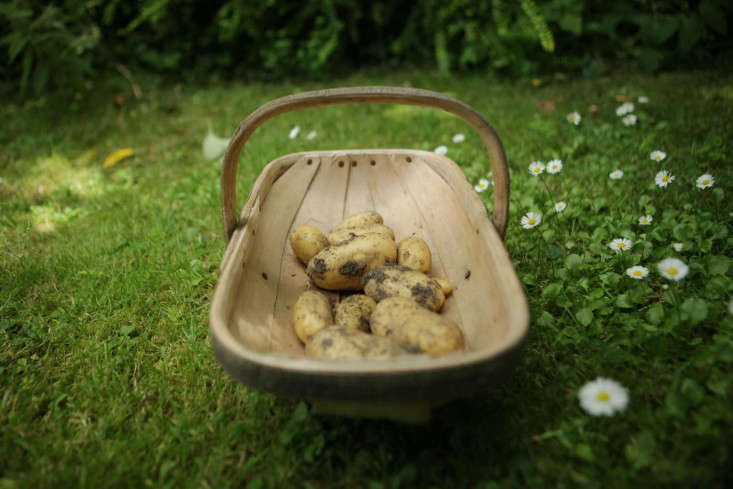 Above: A harvest of potatoes from the plot. 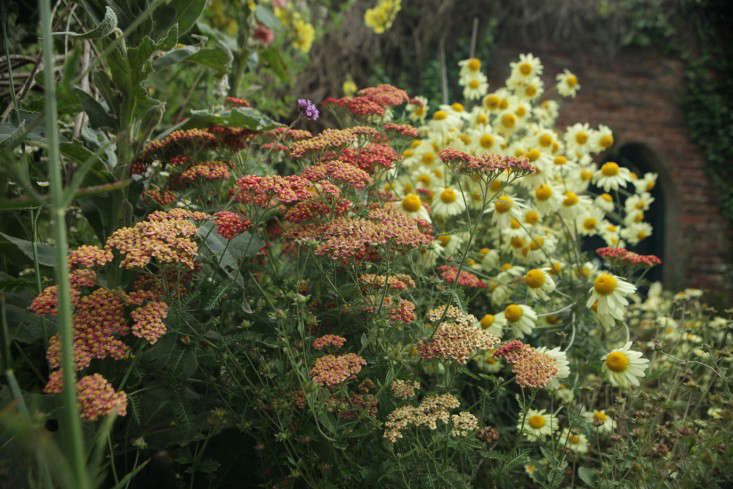 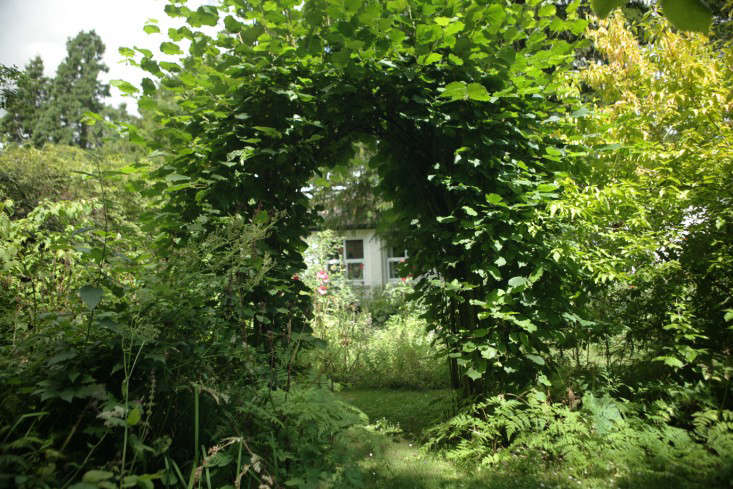 Above: Two hazels meet in an arch, dividing the lawn from a wilder area with a pond. 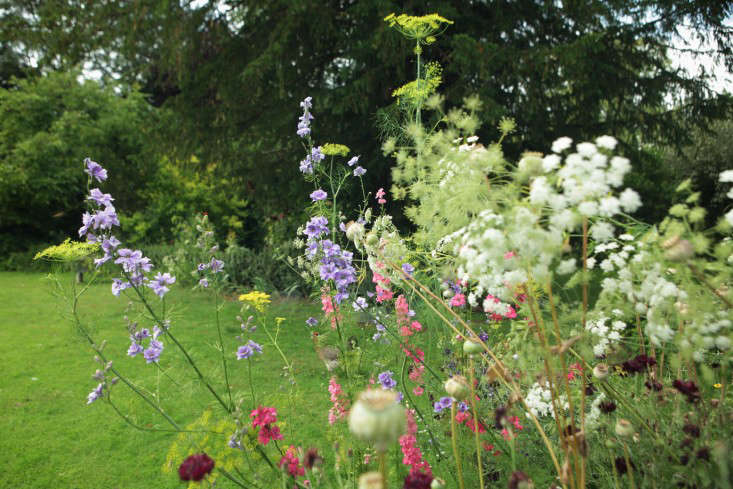 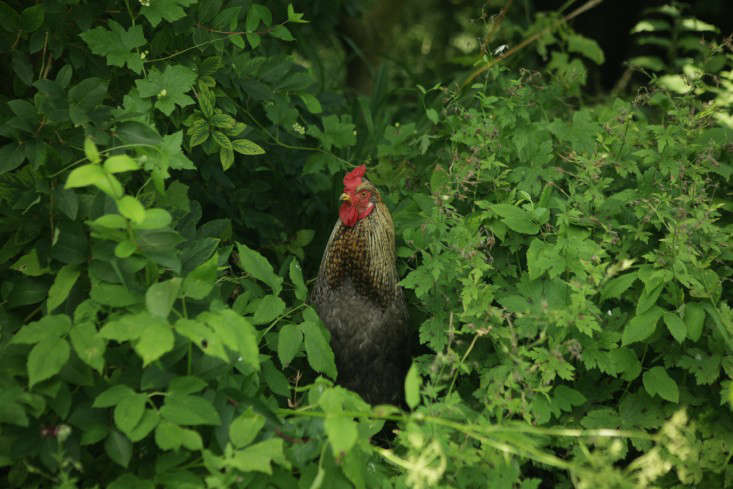 Above: Siesta time. The birds seek shade and shelter in the undergrowth on summer afternoons. A discreet dust bowl can be found under an old yew, a leftover from the formal garden. Celia’s studio is in the former billiard hall. 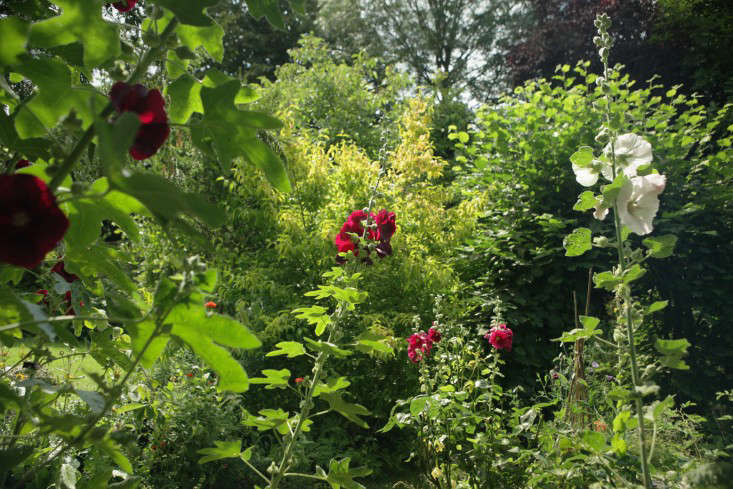 Above: Self-seeded hollyhocks, reaching for the sky. “I find a plant family that does well for me and stick to it,” says Celia. This is a very dry part of England, with only about 20 inches of rain a year. Celia also focuses on salvias and verbascum. 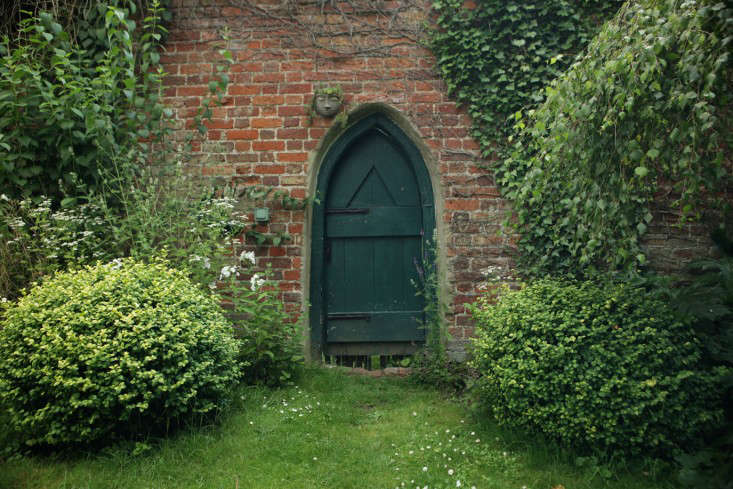 Above: Celia has created topiary from cuttings and also from the boxwood bushes dotted around the old vegetable garden. Before she and her husband arrived, the garden had been meticulously maintained–and heavily sprayed. “There were no insects and no wildlife,” she says. Now the chickens are happy and the natural cycle is hard at work.

Tempted to start raising chickens yourself? You’re not alone! Get some ideas on where to keep them at 5 Favorites: Backyard Chicken Coops for Small Flocks. For more on growing with chickens, see Free-Range Chicken Gardens: How to Create a Beautiful, Chicken-Friendly Yard.

Don’t forget to cast your vote in the 2014 Gardenista Considered Design Awards. You can vote for your favorite finalists every day until August 8th; we’ll be revealing the winners on August 9th.