You don’t have to be an admirer of the Bloomsbury Group to appreciate the allure of Charleston Farmhouse, the literary circle’s outpost in East Sussex. On a late afternoon its garden shimmers for us: 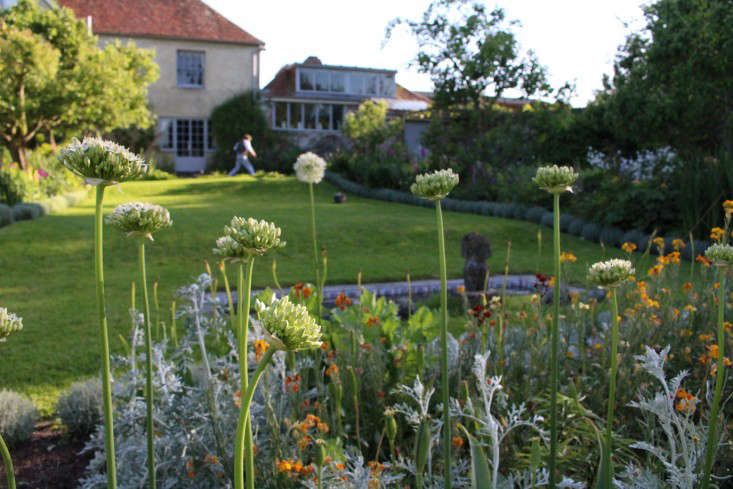 Above: At Charleston time appears to have stopped somewhere in the 1950s, although its well-known inhabitants Vanessa Bell (Virginia Woolf’s sister), her children, and her life-partner Duncan Grant moved in halfway through World War I. Their sensibilities and those of their friends were modernist: they had their own design for living.

The lawn gently slopes down from Vanessa’s ground floor bedroom (past which the head gardener rushes, Above). It was converted from a storeroom after her ex-husband Clive moved into Charleston just before World War II and requisitioned the best rooms for himself. A very charming house guide tells us by way of explanation that Clive Bell paid most of the rent, introduced heating, and kept a very fine cellar.

Above: The first thing to know about Charleston is that it really is on a farm, down a rough track. Tractors still charge past women in interesting shoes, wearing the odd smock. 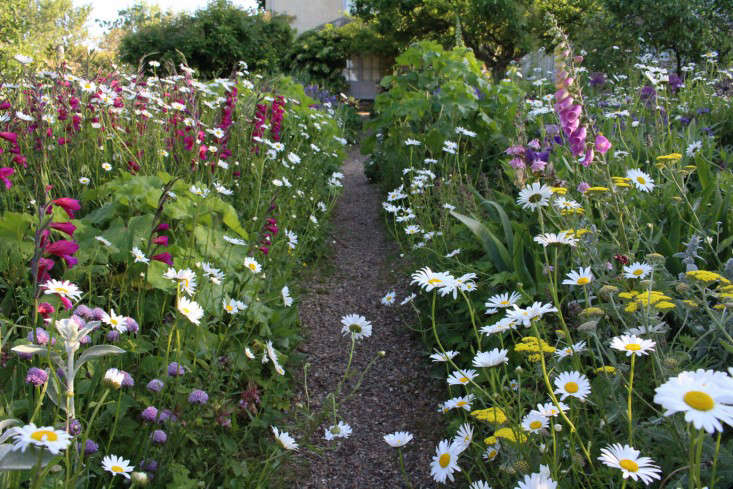 Above: The framework of the garden at Charleston (formal layout, unruly plantings) remains fresh and uncomplicated: “The garden looks formal in winter,” says Mark Divall, the head gardener. “The brick paths and beds form a frame; within that it’s plant anarchy in summer.” 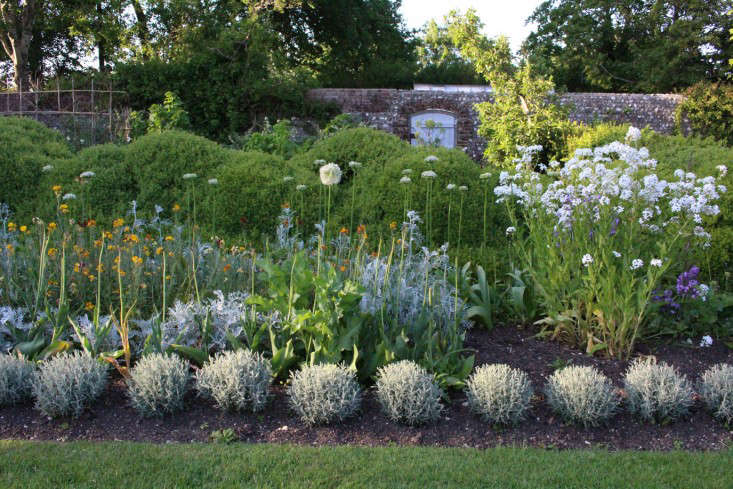 Above: Dorothy Parker observed about the Bloomsbury Group that they “lived in squares, painted in circles, and loved in triangles.” How right she was. Vanessa Bell’s devotion to (mainly gray) circles, is evident in every room of the house and is reflected outside, in the round clumps of santolina that surround the central square-ish lawn. 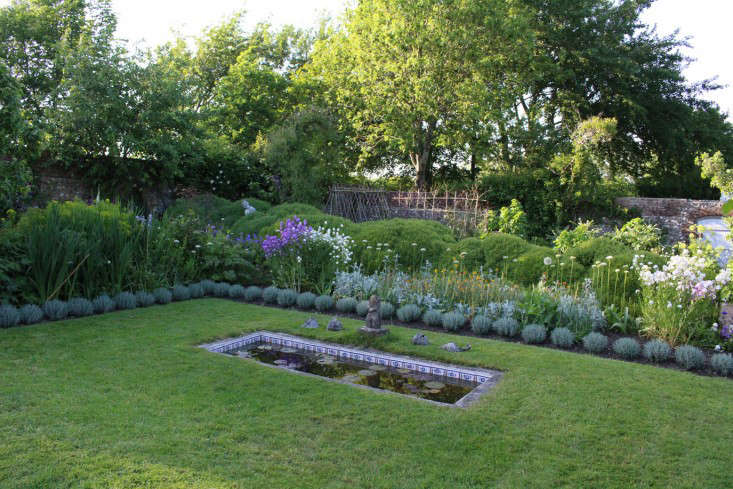 Above: In the opinion of the painter Duncan Grant, England suffers from being “too green.” Bell, Grant, and friends were devoted to France and Italy, importing as much continental garden style as they could. This included the idea of gray foliage, but in the end green does thrive more easily in this garden, especially in the shade of numerous fruit trees. 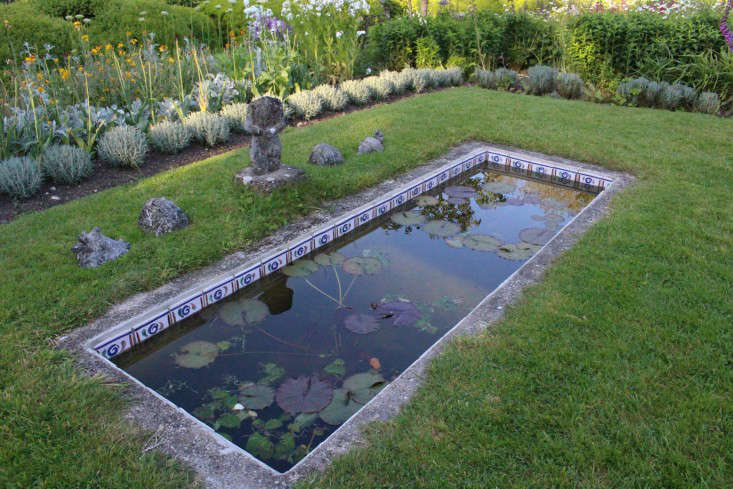 Above: This santolina (or cotton lavender) grows hard and has its flower buds removed to keep it compact. 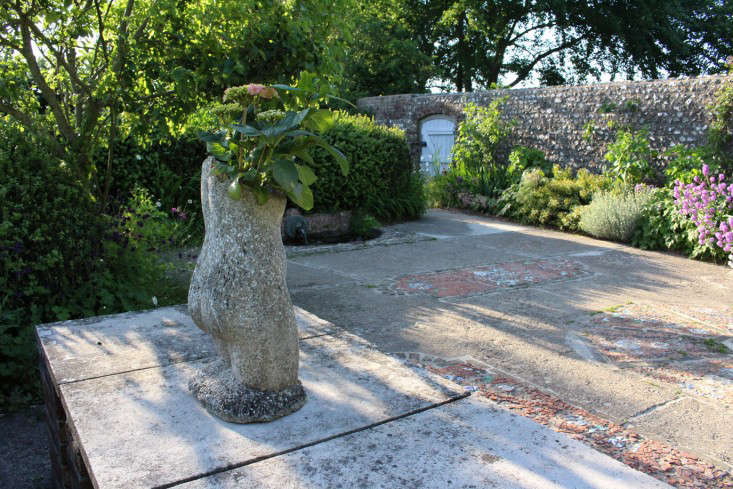 Above: An Italian “piazza” was created at the bottom of the walled garden, to trap the afternoon sun. 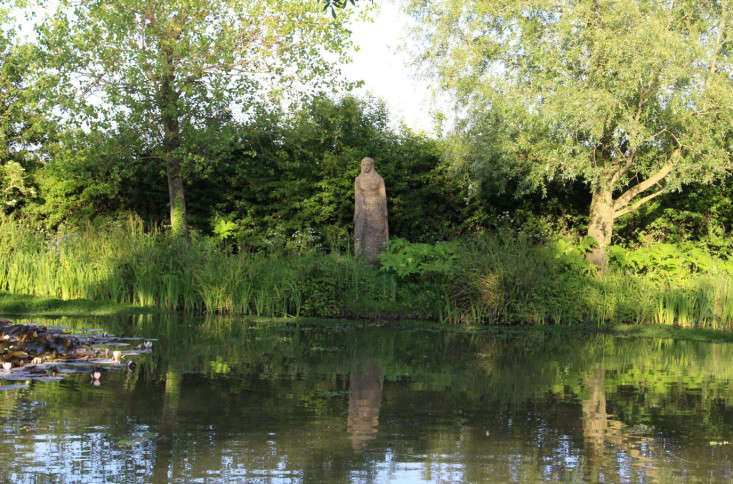 Above: The garden at Charleston is surrounded by flint walls. On the other side is an old farm pond, given the Italian effect with statuary. 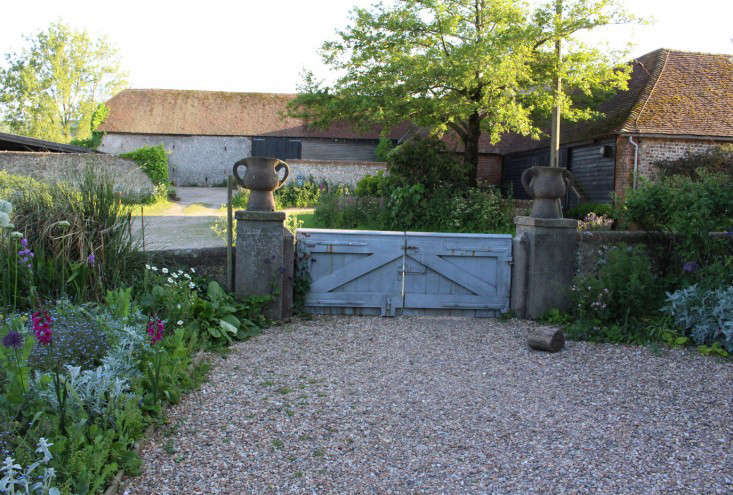 Above: In 1916 Virginia Woolf (who lived just over the South Downs at Rodmell) saw that this former bed-and-breakfast was empty. She urged her sister Vanessa to take it. (See Required Reading: Virginia Woolf’s Garden).

Charleston was only ever rented over the years, from the Firle estate. This did not stop its artist-tenants from covering the walls in their own way, nor its only wealthy tenant (Clive Bell) from putting in extensive changes, including new bathrooms. When Duncan Grant died in 1978, the farmhouse was due for a white wash and general overhaul. It was the art historian Deborah Gage (who had family connections with Firle) who appreciated the value of Charleston and saved it from oblivion. 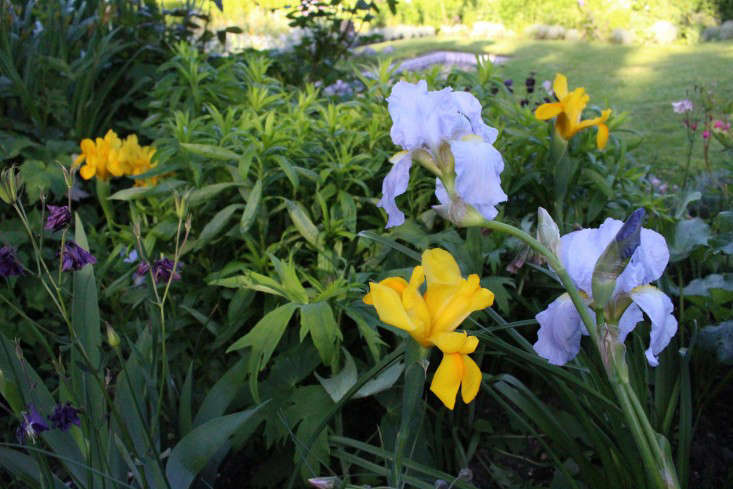 Above: A great deal of research went into the restoration of the garden, which involved studying the paintings of flowers by Vanessa, Duncan, and friends to discover what was growing in the garden. Vanessa Bell’s intention was to make an artist’s garden, undoubtedly influenced by that of Claude Monet at Giverny. 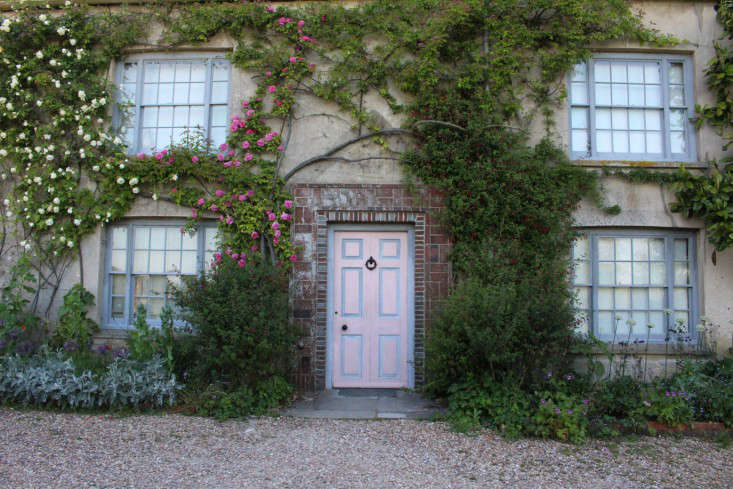 Above: No visit to Charleston should be undertaken without a house tour. Our guide was emphatic in trying to explain that Duncan Grant was “utterly irresistible;” an attempt, one feels, to explain his promiscuity. As we stand in Duncan’s studio, built by Roger Fry and opening on to the garden, our guide asks whether we all feel inspired to re-decorate in the Charleston style. I’m afraid my answer is an emphatic “No.” The garden on the other hand is a different matter. 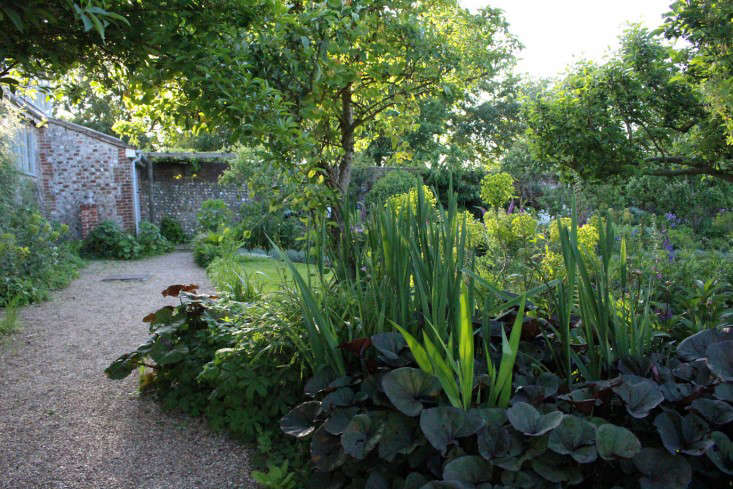 Above: When Mark, the head gardener, kindly leaves me to wander around after the visitors have gone home, the light changes and the flower-tangled paths become even more alive. Atmosphere? Charleston has it in spades.

For more of the Bloomsbury effect, see:

Current Obsessions: In the Garden Shed