Flower farmer Erin Benzakein of Floret Flower Farm grows the sorts of old-fashioned bloomers that your grandmother used to pick for posies when she was a girl. This month Benzakein is launching Floret Seeds, to sell a handpicked collection of 73 varieties to grow to make bouquets—including showstopper flowers, fillers, and foliage—including several she tracked down from far-flung sources to grow on her own farm. 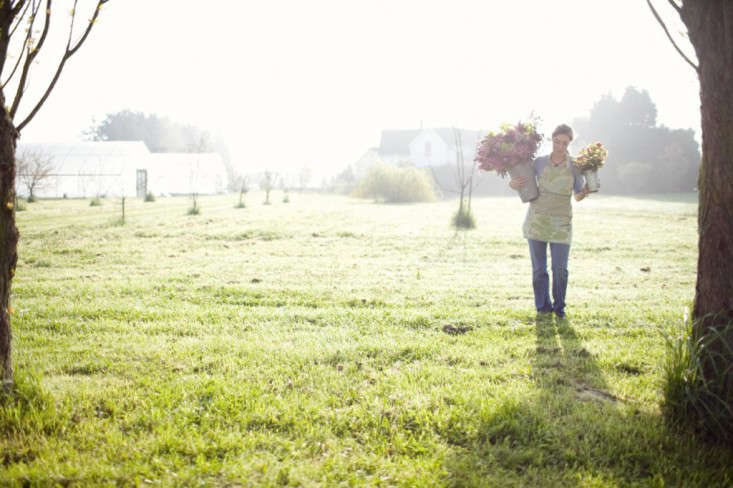 Above: “I’ve had the opportunity to grow thousands of new varieties, many with uncommon colors that aren’t widely available on the market to see how they perform,” says Benzakein.

(See our recent post Expert Advice: 7 Tips for Growing Cut Flowers to learn how Seattle-based Benzakein nurses even the most finicky of heirloom varieties of sweet peas from seed to vase.)

For the Floret Seeds collection,  “I called on my contacts to track down the highest quality seed on the market,” she says. “I brought in sweet peas from renowned breeders in England and New Zealand, who have been honing their craft for decades, and dozens and dozens of other treasures, hand selected from around the world.” 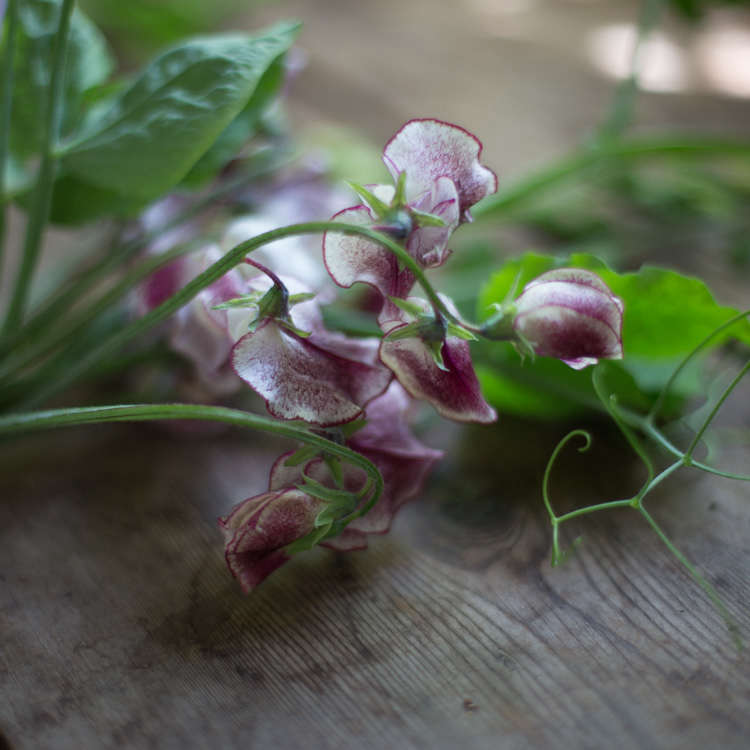 Above: Known for the unusual varieties of sweet peas she cultivates, Benzakein included 28 of her favorites in the Floret Seeds collection.  Sweet Pea Chocolate Flake “looks like it’s been dusted with cocoa powder,” Benzakein says. A packet of 10 seeds is $4.25.

Growing tip: Remember that sweet peas are annuals and take up to three months to grow to maturity. Check the calendar for your growing zone and sow seeds in posts indoors from 10 to 12 weeks before the last frost date. Transplant seedlings to the garden (and give them a trellis to cling to) after the last frost dates.

Cut flowers tip: “For the longest vase life, pick when there are at least two unopened flowers at the tip,” says Benzakein, who also recommends adding sugar water to a vase to keep sweet peas from wilting. 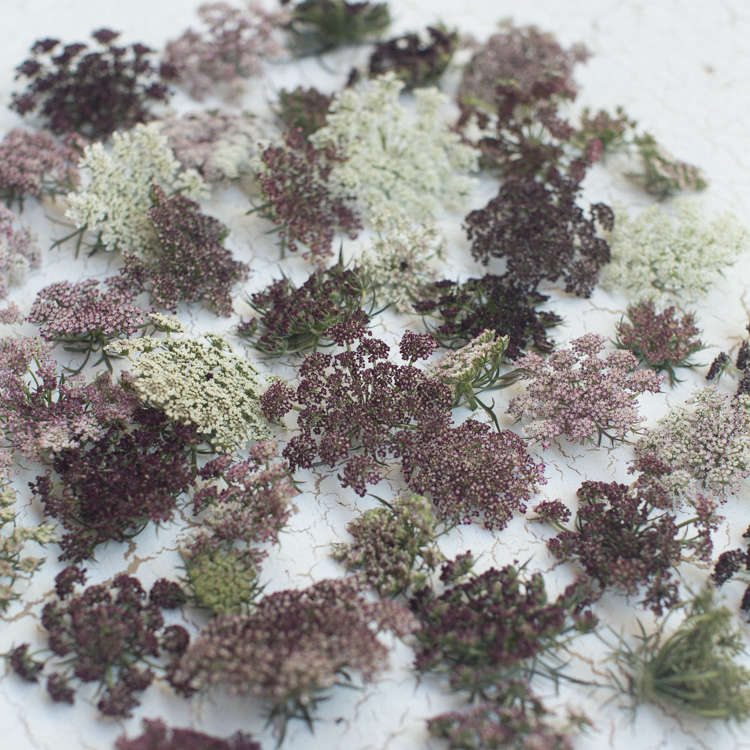 Above: For bouquets, filler flowers are just as important as the main event. They create contrast in color and texture, as well as structure, to a floral arrangement. Chocolate Lace Flower, an unusual dusky variety of Queen Anne’s lace, “looks great en masse, pairs well with almost anything and blooms for most of the summer from just one planting,” says Benzakein. A packet of 100  seeds is $3.95.

Cut Flower Tip: To prevent Queen Anne’s lace from wilting in a vase, “pick when flowers have fully opened and are laying flat,” says Benzakein. 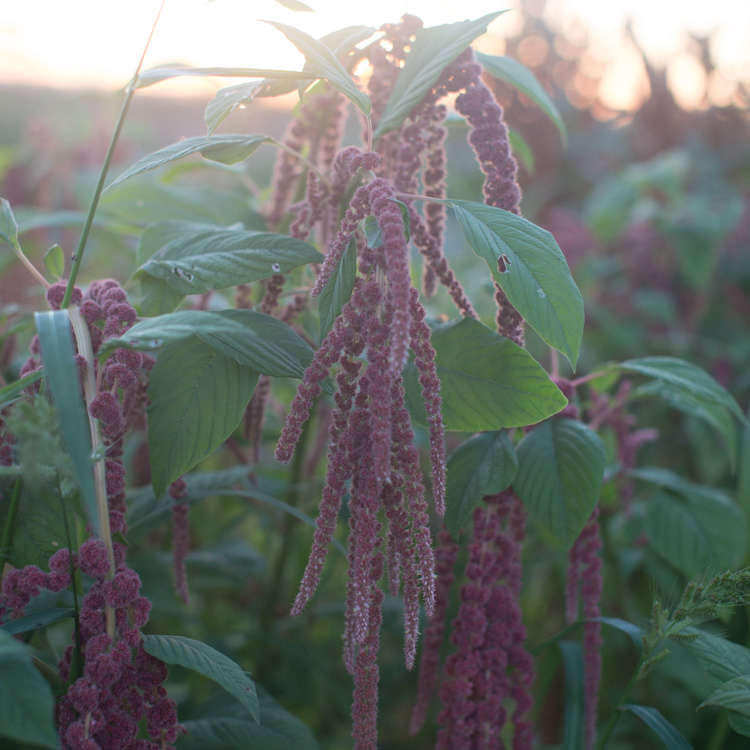 Above: A packet of 100 seeds of Amaranth Coral Fountain is $3.95. “The most exquisite shade of dusty pink that resembles sun faded velvet. ‘Coral Fountain’ is perfect for dramatic, large scale arrangements,” says Benzakein.

Growing tip: A fast grower (maturing in from 75 to 90 days), amaranth can be sown directly into the ground after the last frost date.

Cut flower tip: “Harvest when the tassels begin to elongate and remove most of the foliage so the colorful ropes are more visible. A vase life of 7-10 days can be expected,” says Benzakein. 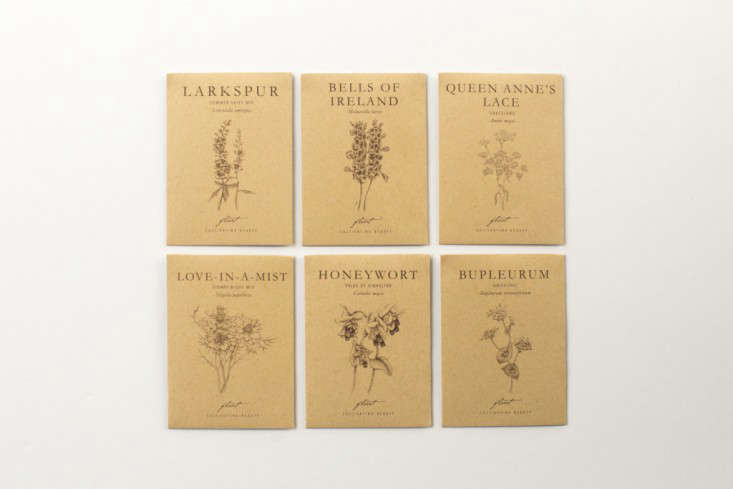 Above: Botanical illustrations on Floret Seeds packets are by artist Nina Sajeske.

“For years, I’ve been drawn to the beautiful artwork that graces the covers of antique seed envelopes and catalogs.  I love their elegant typography and the gorgeous lithographs of flowers popular a century or more ago,” says Benzakein. “I knew that whatever we created had to include illustrations that offered a nod to history, but with a modern, organic aesthetic.”

Trending on Remodelista: Back to Basics