When NYC-based architect Cary Tamarkin and his family bought an unheated 1960s shack on Shelter Island as a weekend retreat, they lived in the existing structure for three years before rebuilding. According to interior designer Suzanne Shaker, a neighbor and frequent collaborator of Tamarkin’s, “the family learned to understand the rhythms of the light, water, and sand intimately; more importantly, they discovered how they wanted to live within those rhythms.”

The house they eventually built is an intimate response to the site; it’s constructed primarily of giant reclaimed old-growth cypress logs (the favored material of many classic masters, Frank Lloyd Wright included). A Japanese influence is evident in the honesty of the detailing, which dominates but is never overbearing. There is no need for air conditioning; the steady breeze from the water can be channeled and directed throughout the interiors through the many transom windows, each operated individually with tactile, stainless steel sailboat cranks. “I love the action of cranking them open,” Tamarkin says. 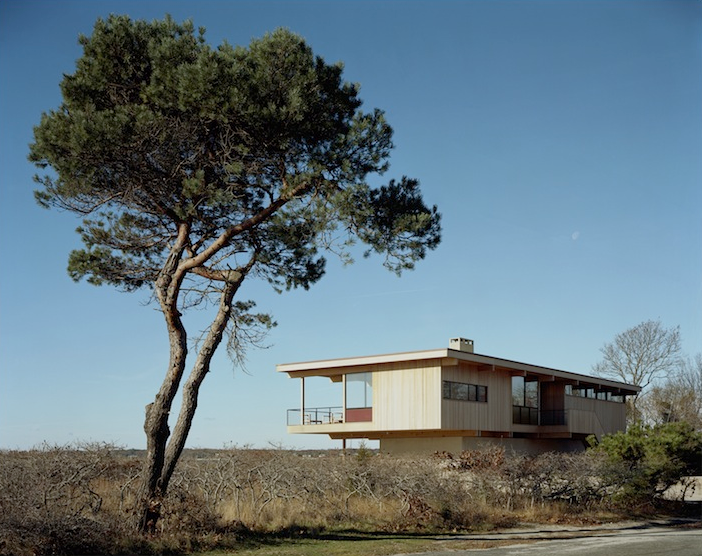 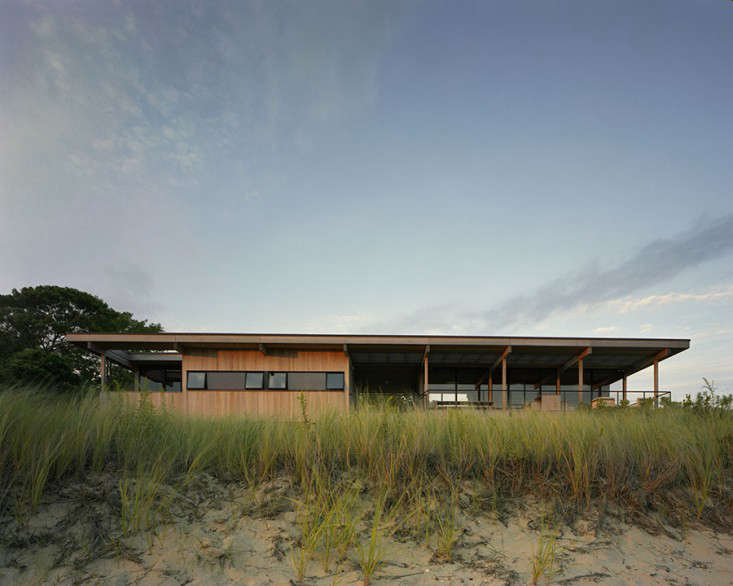 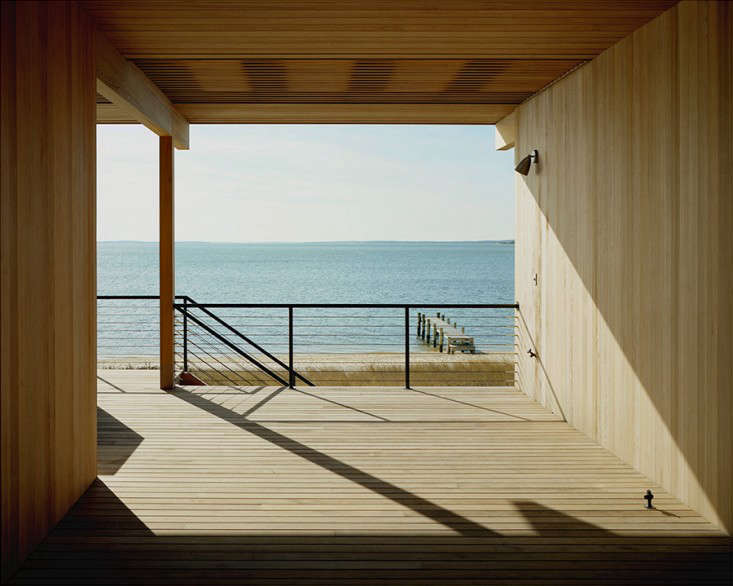 Above: The living spaces and the family bedrooms are separated by a covered breezeway. 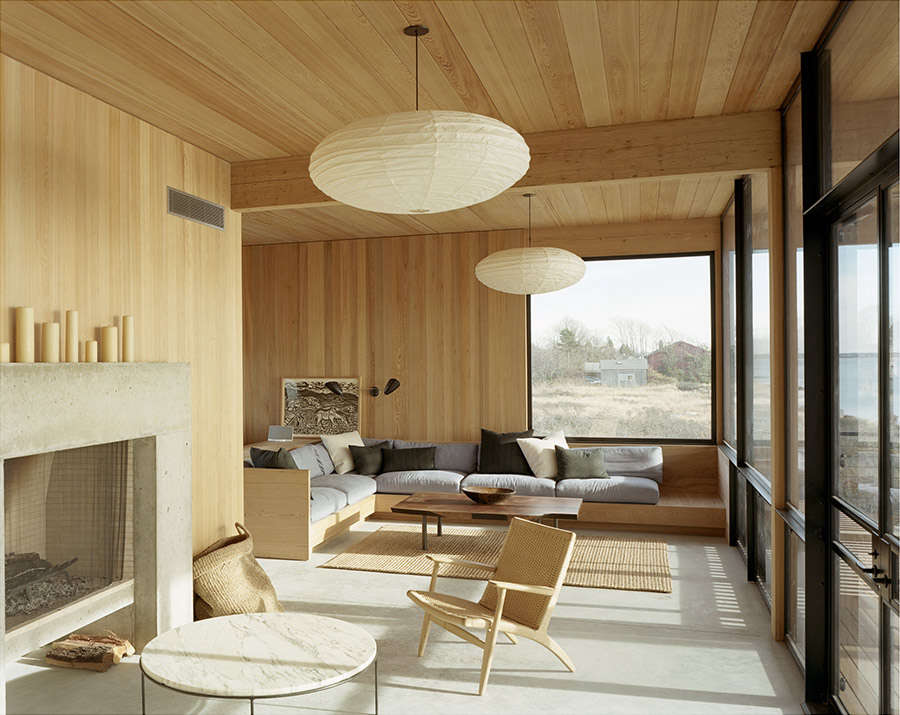 Above: Shaker outfitted the relaxed living spaces with casual midcentury pieces and a built-in platform sofa. Noguchi Akari Pendants are from the Noguchi Museum. 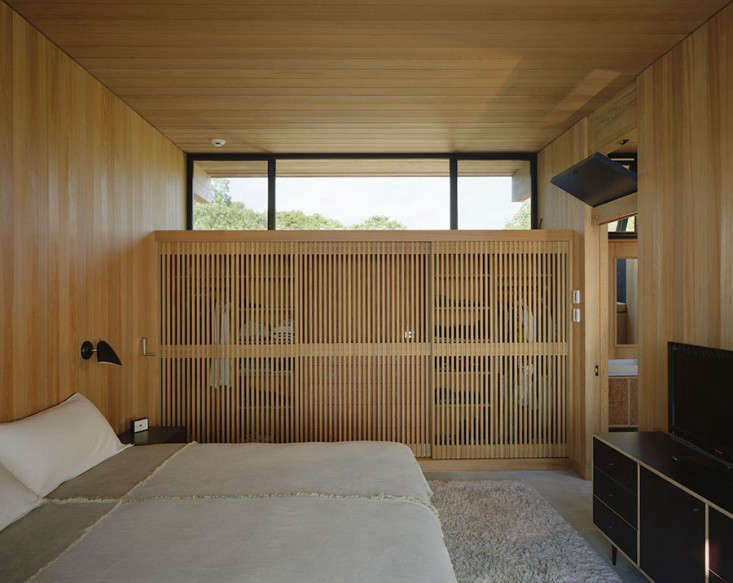 Above: Japanese detailing is in evidence in this guest bedroom. 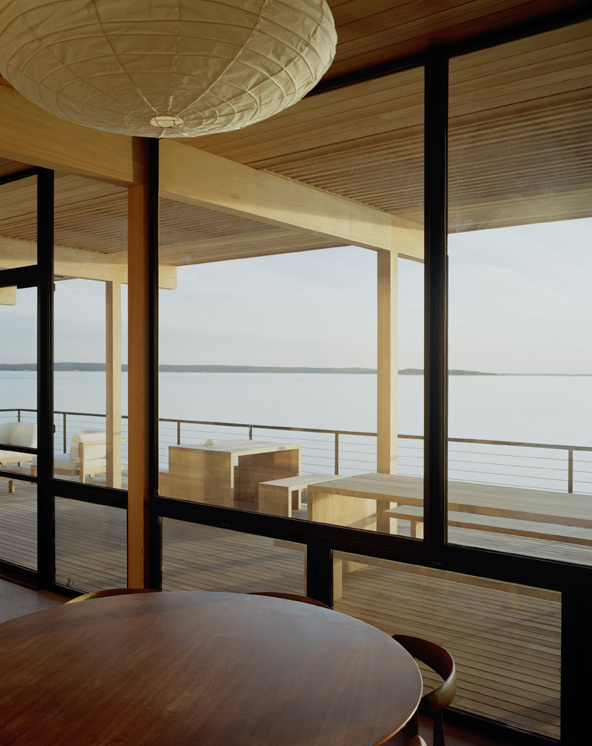 Above: The dominant wooden beams extend from interior to exterior, establishing the rhythm of the house. 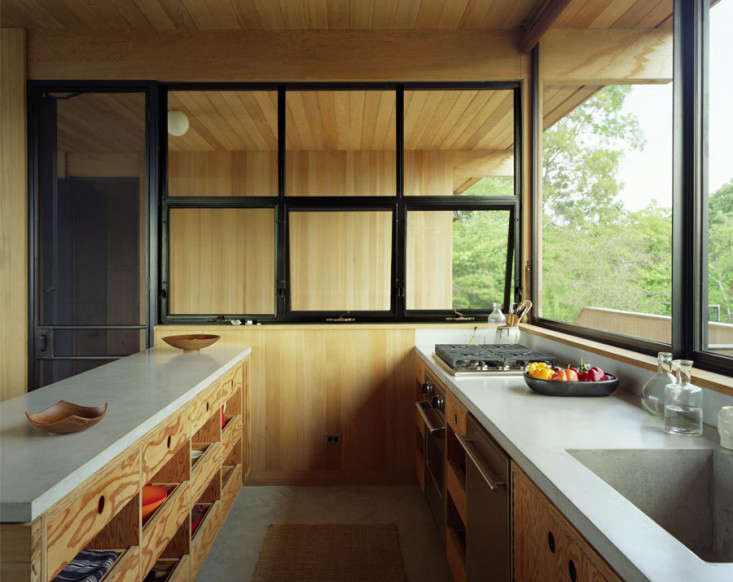 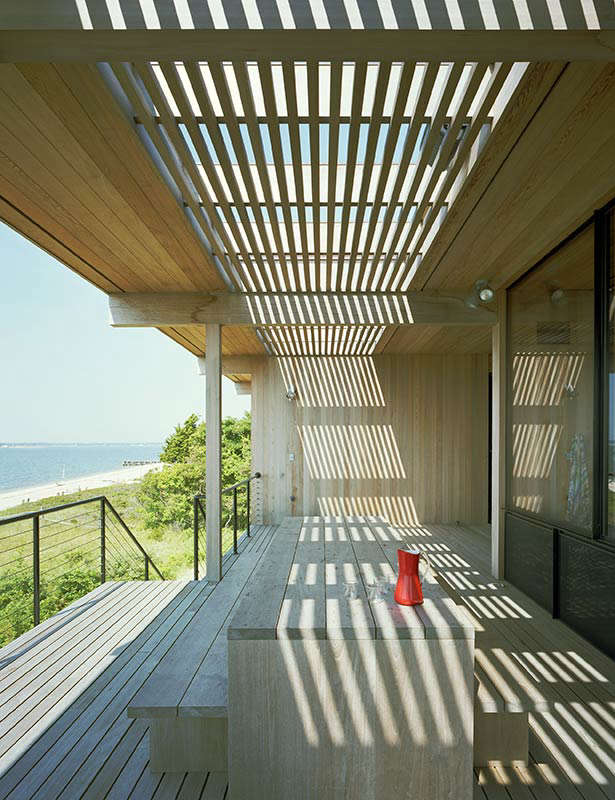 Above: The movement of sunlight marks the progression of time; turning the house into a sundial on a summer’s day. 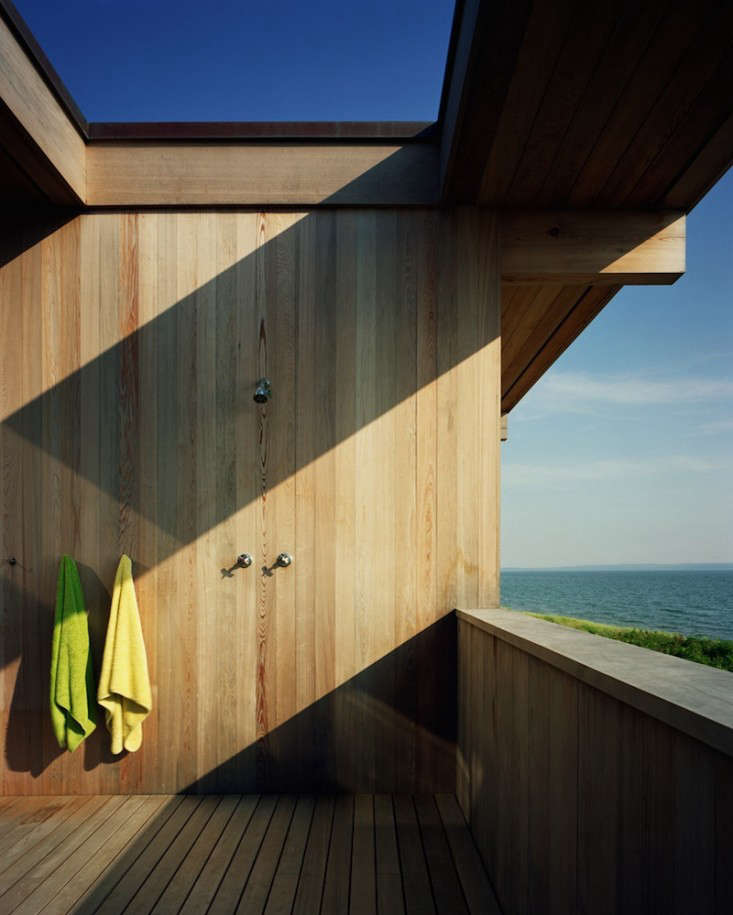 Above: Tamarkin’s favorite spot is the open-air shower just outside his bedroom.

Above: In the evenings, the house emits a warm, lantern-like glow.

Techler Design Group was the associate architect on this project.