Key moments with some blurry edges–a drunken reveler’s memory of the night before? On the contrary, it’s London antiques dealer Will Fisher’s design solution to a long and narrow garden.

The neighborhoods of London are replete with terraced houses whose gardens are only as wide as the house. A garden 20 feet wide and 125 feet long presents a design challenge. And Fisher–who is rather fond of collecting–took an intuitive approach. “I knew we needed to break the length down into separate spaces, so I built the pond at the back as a focal point,” he says. “After that, I just filled it with whatever seemed right. I always think a garden looks better full.” 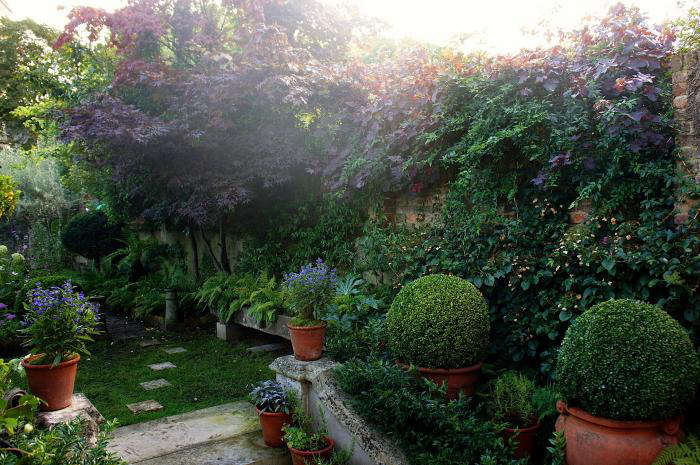 Above: In the first section of his garden, Fisher creates a small path with pavers set into grass. The abundant foliage blurs the edges of the garden wall. 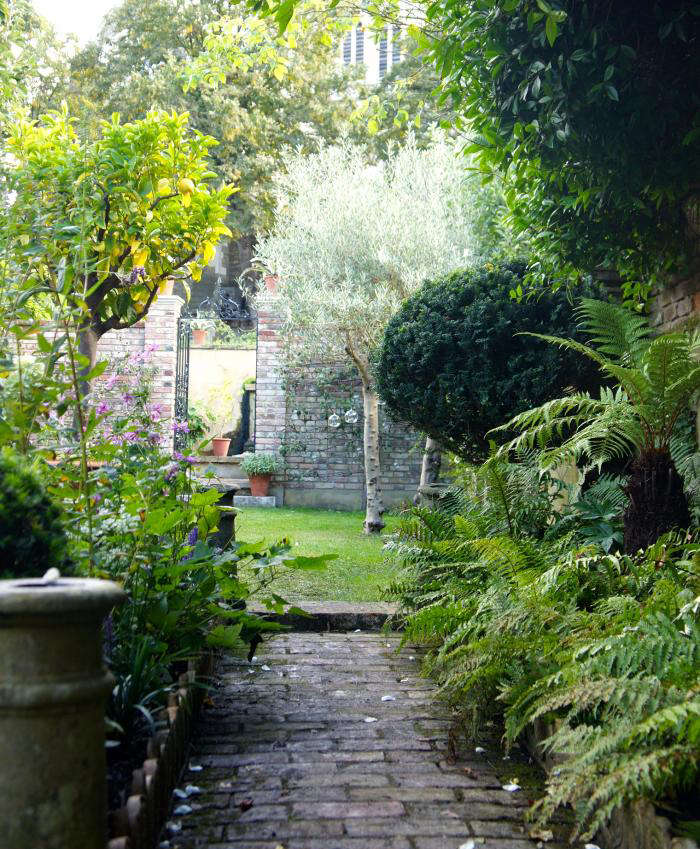 Above: A brick walkway marked by antique stone cannons forms the second part of Fisher’s garden.

Above: A small walled garden acts as foyer to the pond, the culminating and focal point of the garden. 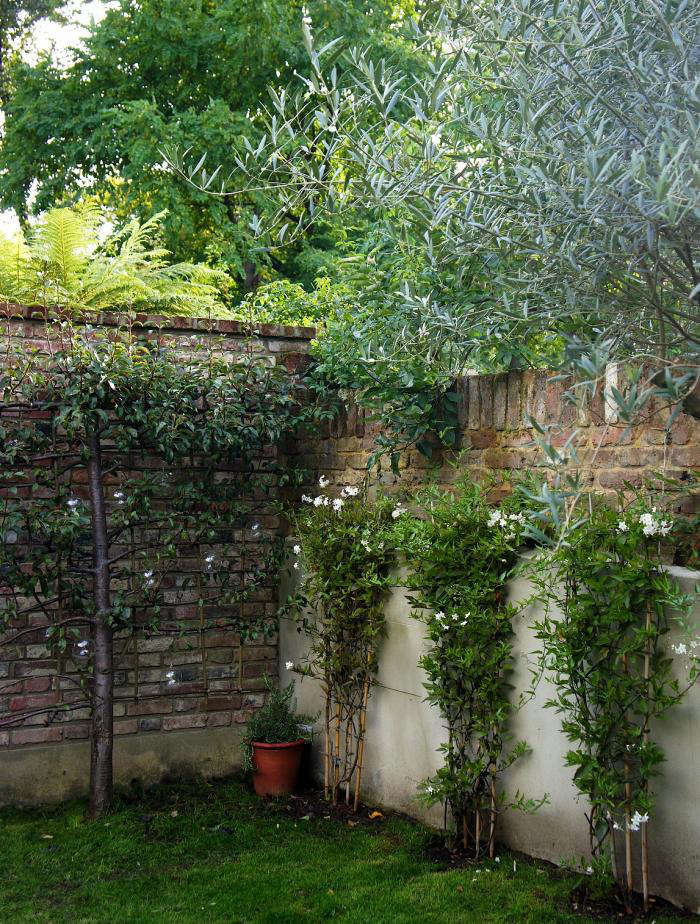 Above: An espaliered fruit tree (L) and perennial vines. 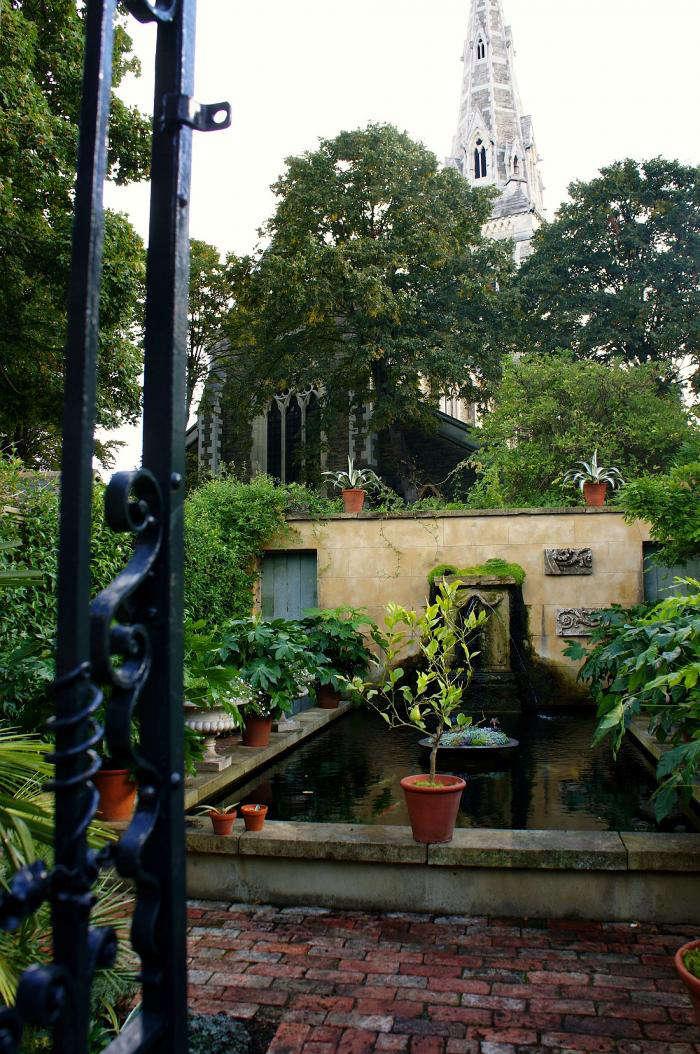 Above: While the pond is formal in its classic design, Fisher has an ad hoc approach to the placement of his potted plants. 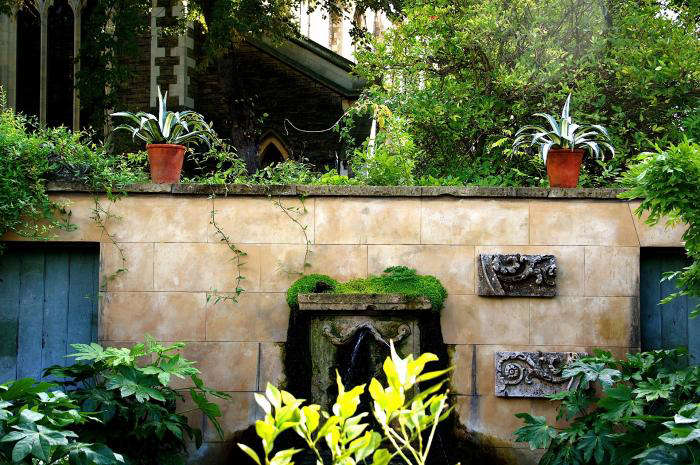 Above: Even the top of the wall becomes a surface for potted plants. 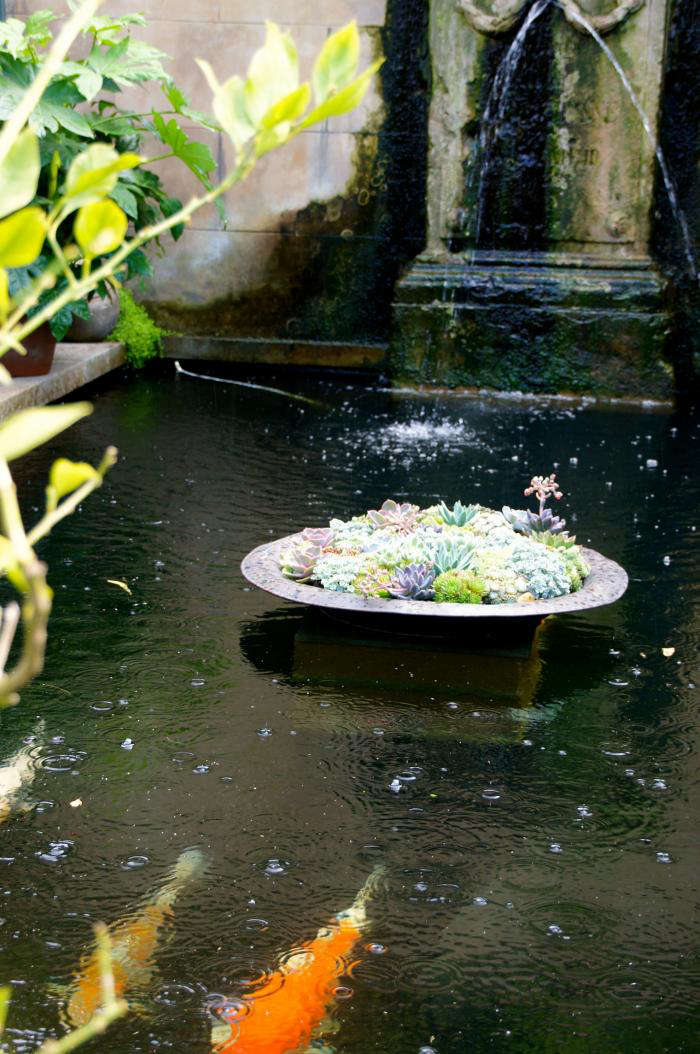 Above: “I wanted the pond to fill the back of the garden,” Fisher says. A centerpiece of succulents was an impromptu idea of a friend. 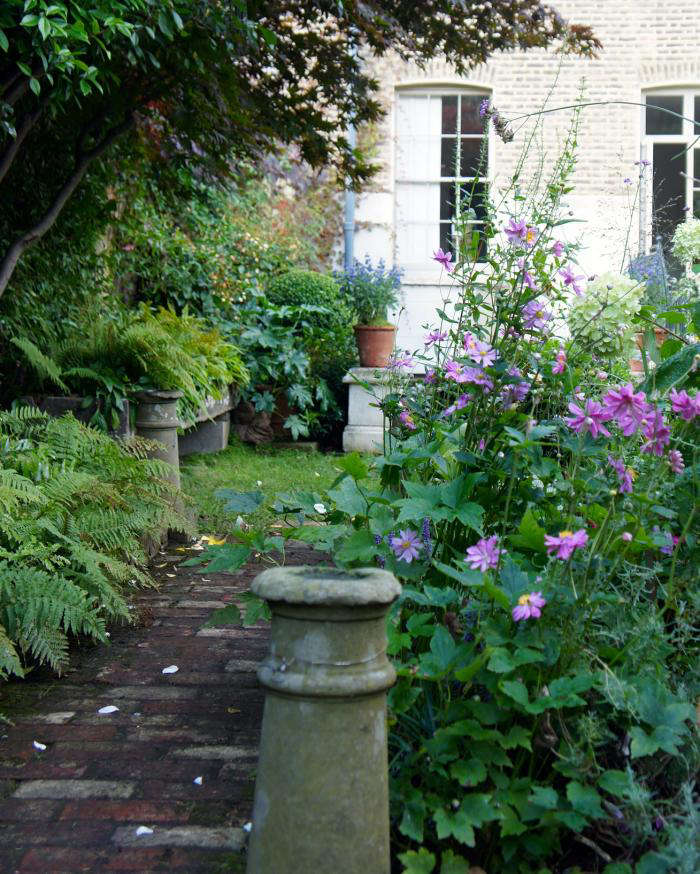 Above: Walking back toward the house through a forest of ferns and wildflowers. 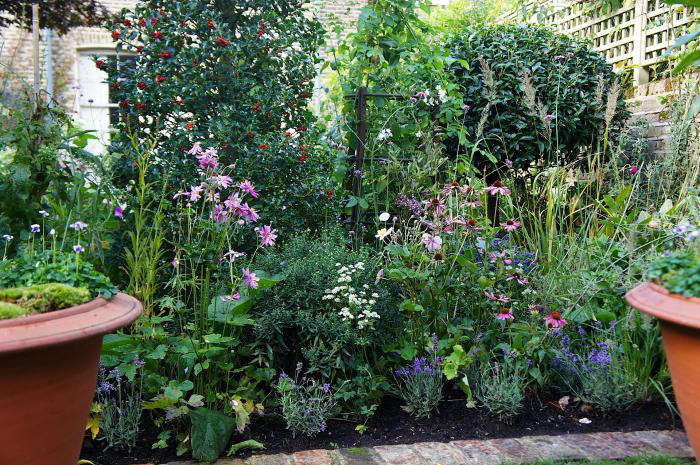 Above: A plethora of wildflowers claim their patch in Fisher’s garden. 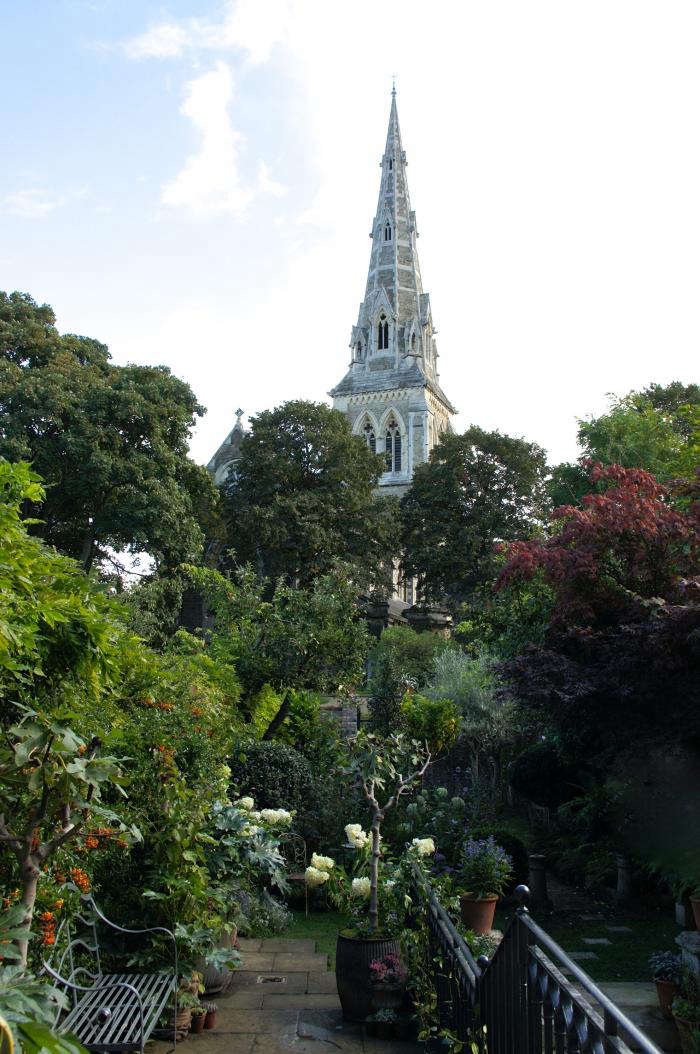 Above: A view of the garden from the door at garden level headlines the blurriness of Fisher’s edges, giving the impression of being in a wider garden. 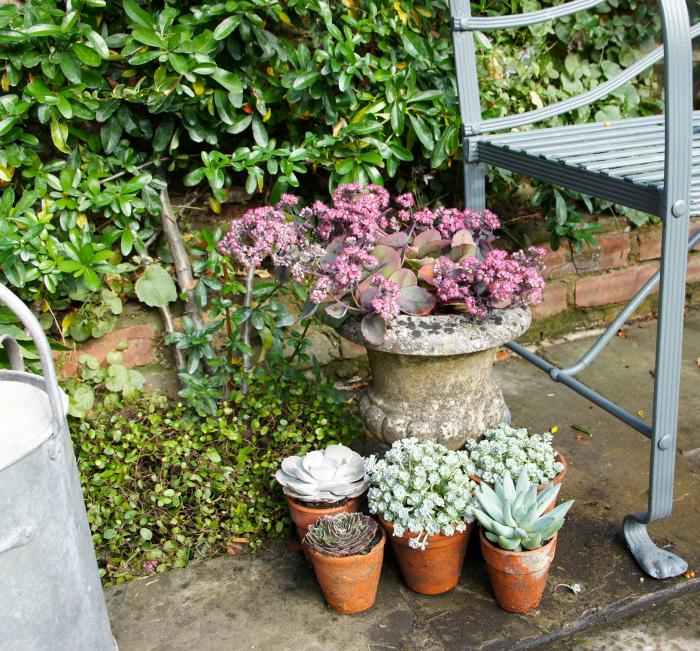 Above: Potted succulents–a mobile garden–currently in residence next to a bench. 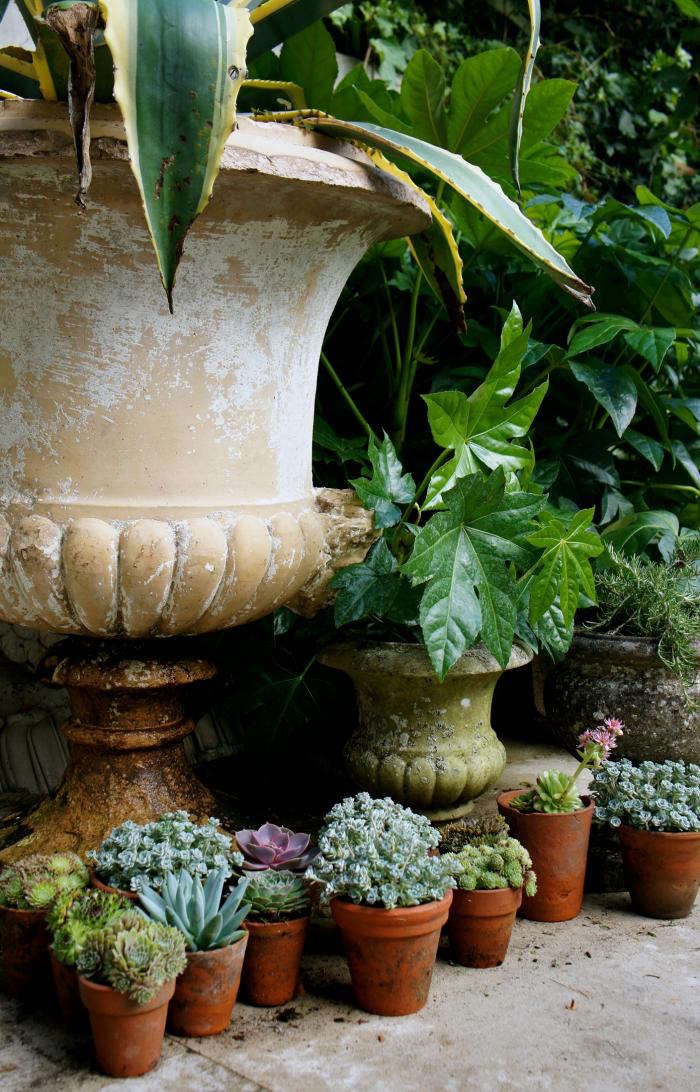 Above: Fisher plays with the different scales of small succulents in terra cotta pots with large leafy plants in grand classical urns. 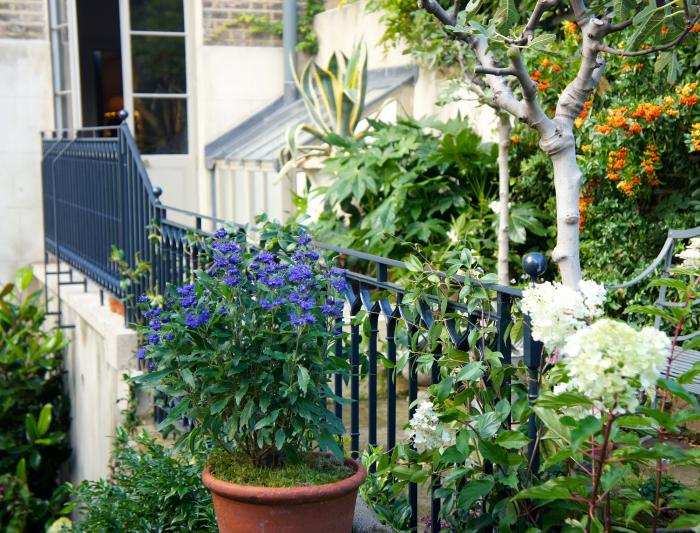 Above: The garden is accessible from two levels, the basement and the ground floor. 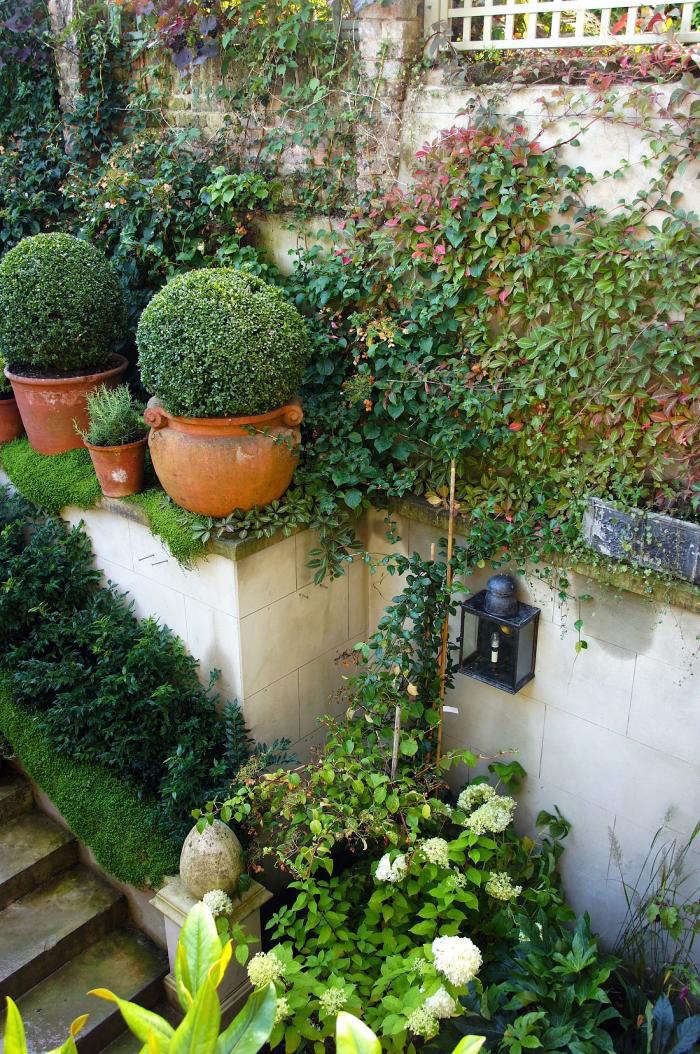 Above: The steps down to the basement entry are lined with foliage.

(N.B.: Will Fisher’s long and narrow garden is approximately 20 feet wide by 125 feet long. For another narrow garden with a very different solution, see “Small-Scale Gardening in San Francisco.”)

This is an update of a post originally published September 28, 2012.

How to Get Inside America's Secret Gardens