In 1899, when Samuel Untermyer was a rich lawyer and a Manhattan mover and shaker, new money didn’t go out to the Hamptons and buy a big spread on the ocean. The fashionable place to go was the suburbs. And that’s where Untermyer went. He bought a baronial mansion, named Greystone, and its surrounding acreage with a splendid view of the Hudson River in the Westchester town of Yonkers. 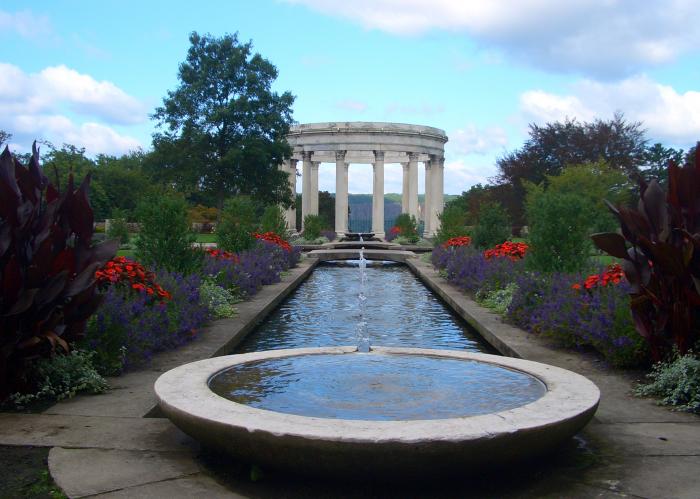 Above: Like a lot of people in his day, Untermyer ultimately lost his fortune in the Great Depression. After his death in 1940, his house was razed, his furniture auctioned off, and most of his 171 acres chopped into parcels and sold. His name would probably have been totally forgotten except for one thing. 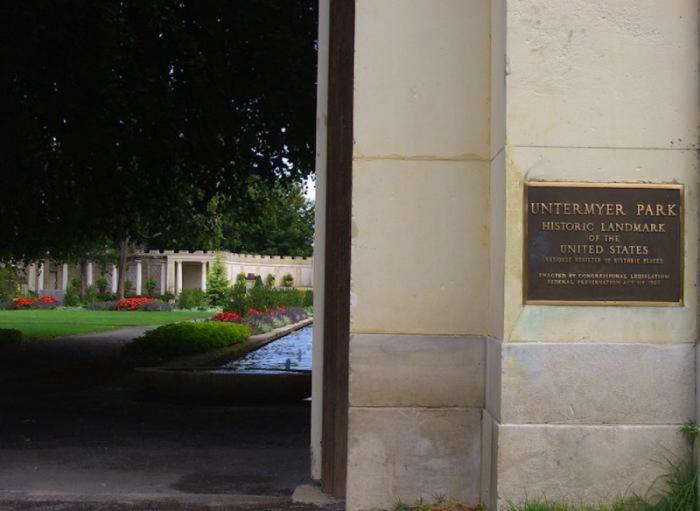 Above: Samuel Untermyer was a passionate gardener and his creation, a beaux arts pastiche of a Greco-Persian walled garden, incredibly still exists. 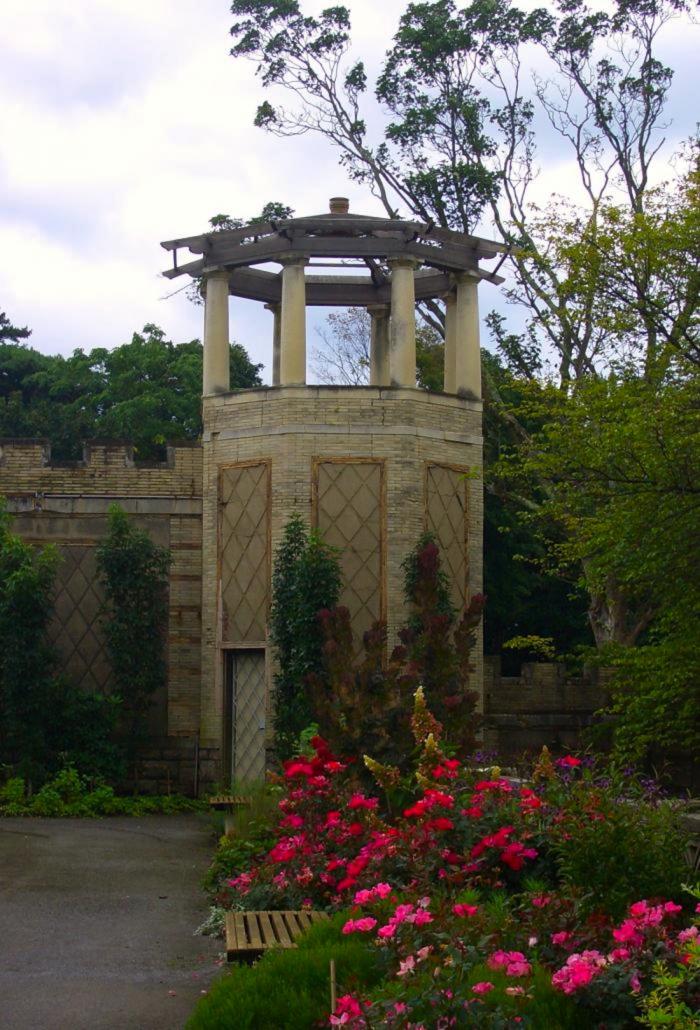 Above: It has survived years of neglect and vandalism and is now being brought back to its original splendor by the recently formed Untermyer Gardens Conservancy, whose website notes: “Before his death in 1940, they were among the most celebrated gardens in America…It was open to the public on a weekly basis during the 1920’s and ’30’s. Thirty thousand people visited it in one day in 1939.” 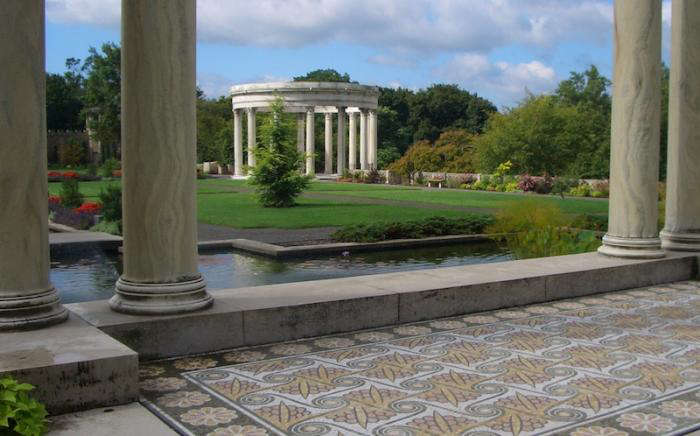 Above: If you can get up to Yonkers soon, you will be treated to a gorgeous sight: the first plantings done since the Conservancy was created. Repeating patterns of brilliantly colored annuals along the canals are the handiwork of garden designer Marco Polo Stufano, perhaps best known for his work at nearby Wave Hill, and staff horticulturist Timothy Tilghman. 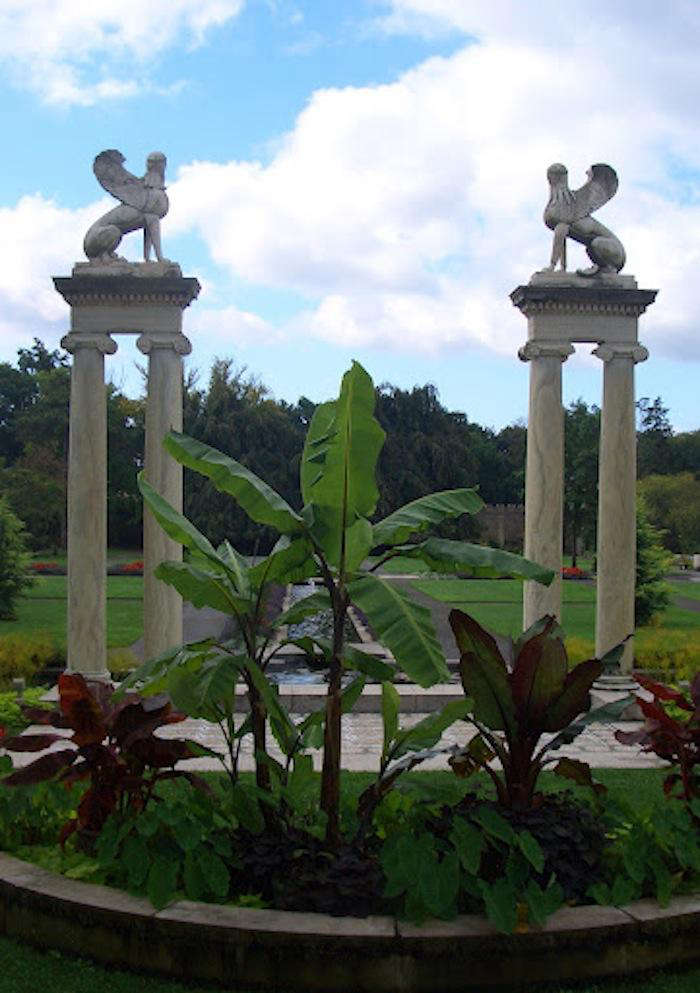 Above: They have filled the old amphitheatre, where Isadora Duncan once danced, with tropicals and surrounded it with cascading plants in containers, all inspired by the garden’s original concept. 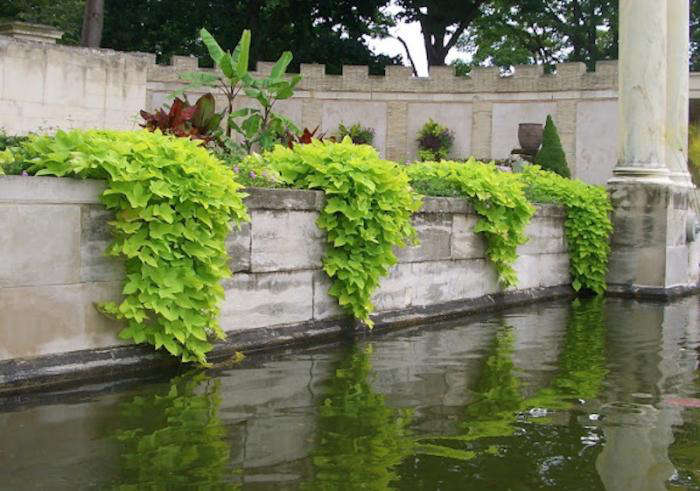 Above: While the walled garden is the focal point of the restoration work, a few other interesting fragments from the Untermyer days still survive. A long stairway copied from the Villa D’Este in Italy leads to a lookout with a spectacular view of the Hudson and the New Jersey Palisades. 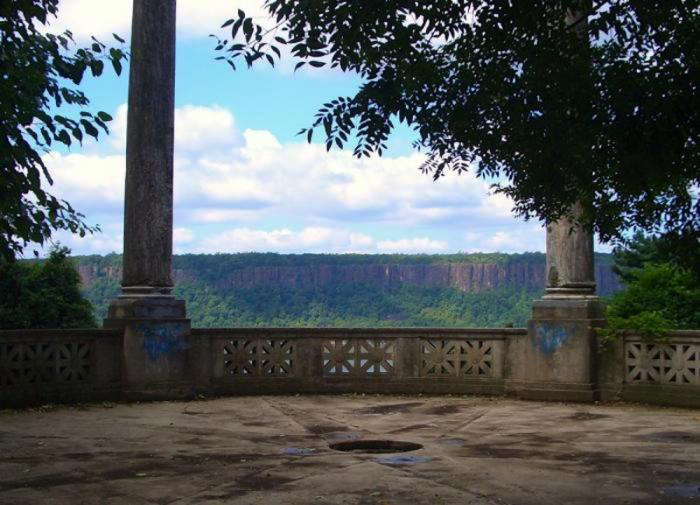 Above: Nearby is the Temple of Love, a whimsical structure where Samuel Untermyer is said to have enjoyed napping. Presumably he was worn out from supervising the work of his gardening staff, 50 strong in the summer, and keeping tabs on his 60 greenhouses. 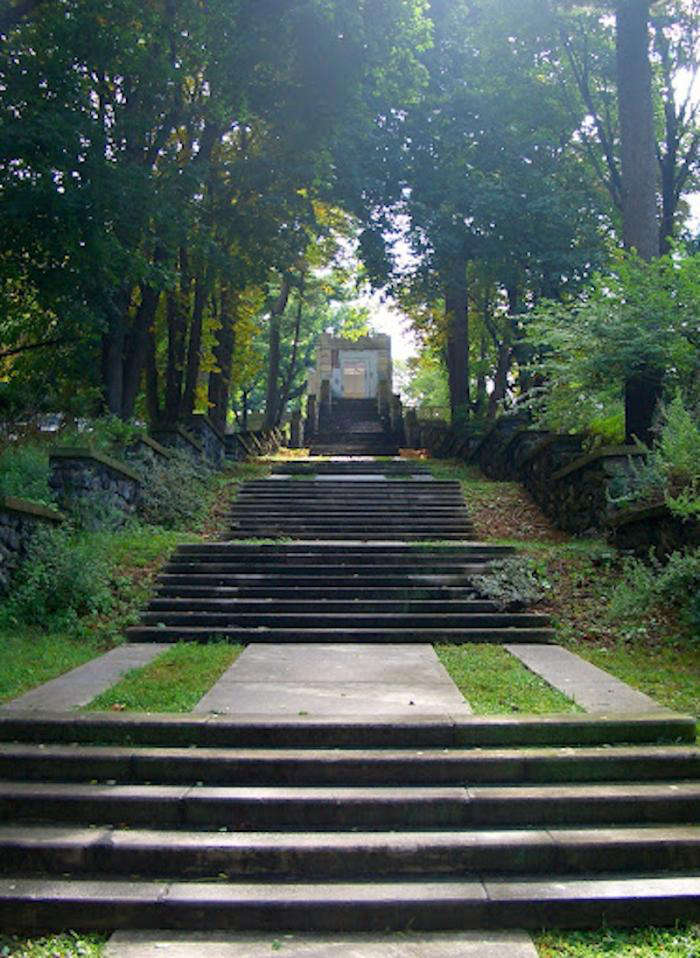 Although we are left with only a tiny portion of what Untermyer created at Greystone, there is continuity to his vision. During his lifetime he opened his estate to the public every Tuesday. Surely he would be happy to know that once again it is being lovingly tended and providing a place of relaxation and beauty for all visitors. 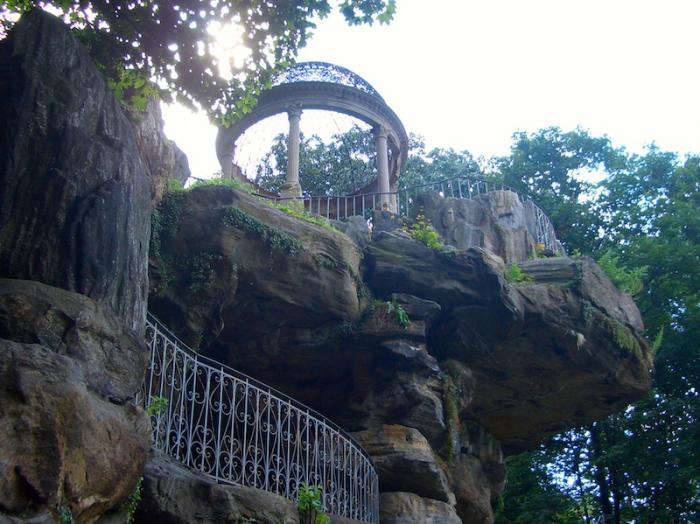 Above: For more inspiration, see 165 images of Outdoor Gardens in our Gallery of rooms and spaces.

Garden Visit: The Careful Restoration of a British Walled Garden (The Story So Far …)

Secret Garden: A Lush Walled Haven Behind a 1640s Georgian House in England