“Our marmalade is only made from Seville oranges,” says the proprietor of England Preserves. “What’s the point in adding anything?” He makes an exception for his father-in-law’s marmalade: it has cardamom added. Other people say they like theirs not too chunky but not too runny, with whiskey added or ginger added, not too strong and not too sugary. Like tea, it’s a British obsession, to be indulged at this weekend’s Marmalade Awards in England’s Lake District. 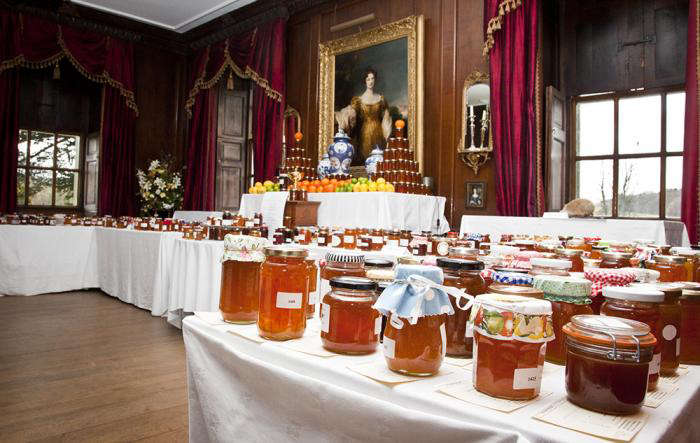 Above: The Marmalade Festival is held at Dalemain, an historic house lived in by the same family since the 1600s. The current chatelaine, Jane Hasell-McCosh, began the awards seven years ago and it has become an affectionately regarded event in the food calendar. A marmalade pilgrimage to the north of England begins this weekend as judges, enthusiasts, and every kind of marmalade cook descend on the house. Image via Dalemain. 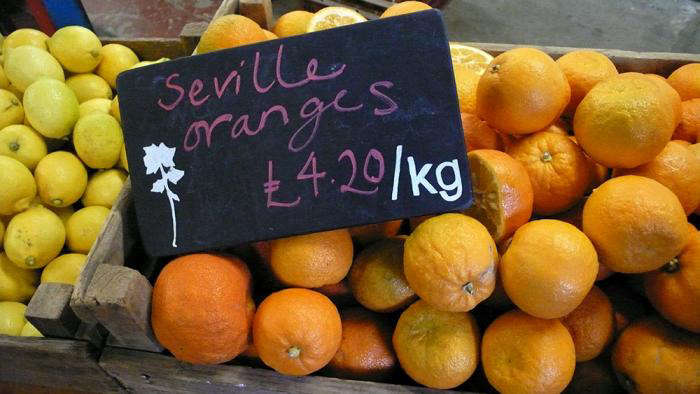 Above: Like the ritual of tea, marmalade is a reliable comfort in a world of uncertainty. And of course, it is weather-related. In the darkness of mid-January cargos of Seville oranges arrive, with all their cheerful associations of sun and Vitamin C. The bitter oranges, no good for eating, were pressed into service in this country at the end of the 18th century, when they were bought from a Spanish galleon which had docked at a Scottish port during a storm. With the aid of copper pans and a lot of sugar, marmalade was born. Now, 90 percent of the oranges grown in and around Seville in southern Spain are shipped to the UK, specifically for marmalade-making. Photograph by Kendra Wilson. 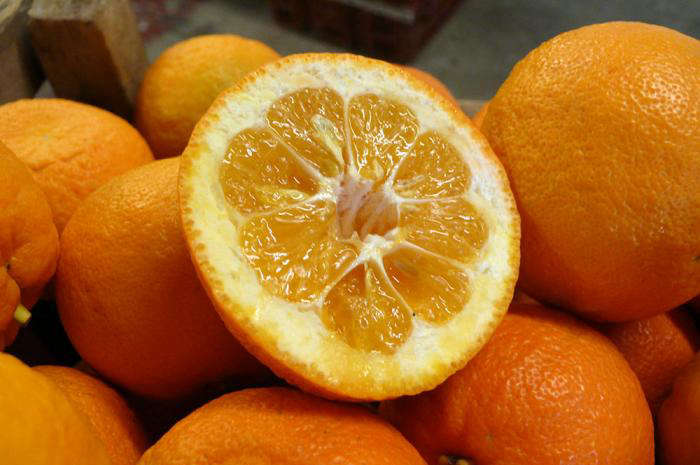 Above: It is imperative to be alert in mid-January so as not to miss the Seville orange season. Marmalade is made all over the country during the second weekend of the month. Although wonderful blood oranges (like the celebrated Moro) arrive from Sicily at this time, the Sevilles are considered best for marmalade because they are more bitter. Photograph by Kendra Wilson. 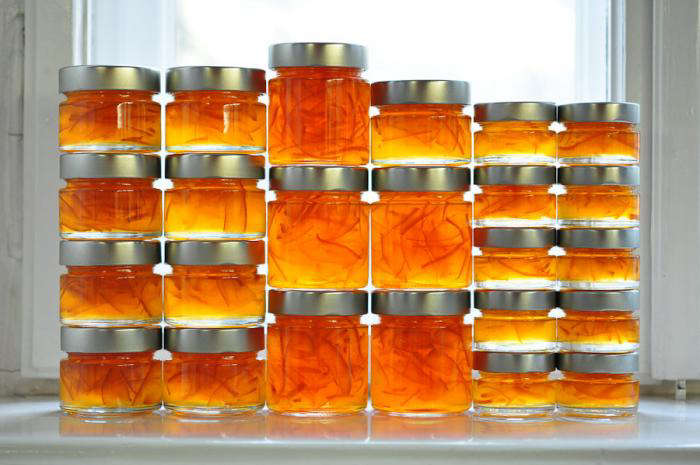 Above: The Marmalade Awards, held six weeks after the traditional marmalade-making weekend, are not limited to British enthusiasts. Entries have been sent in from 17 countries this year (the above haul was made by Austrian food blogger Katharina Seiser). There is an International category, but all of the categories are open to everybody. Photograph by Katharina Seiser. 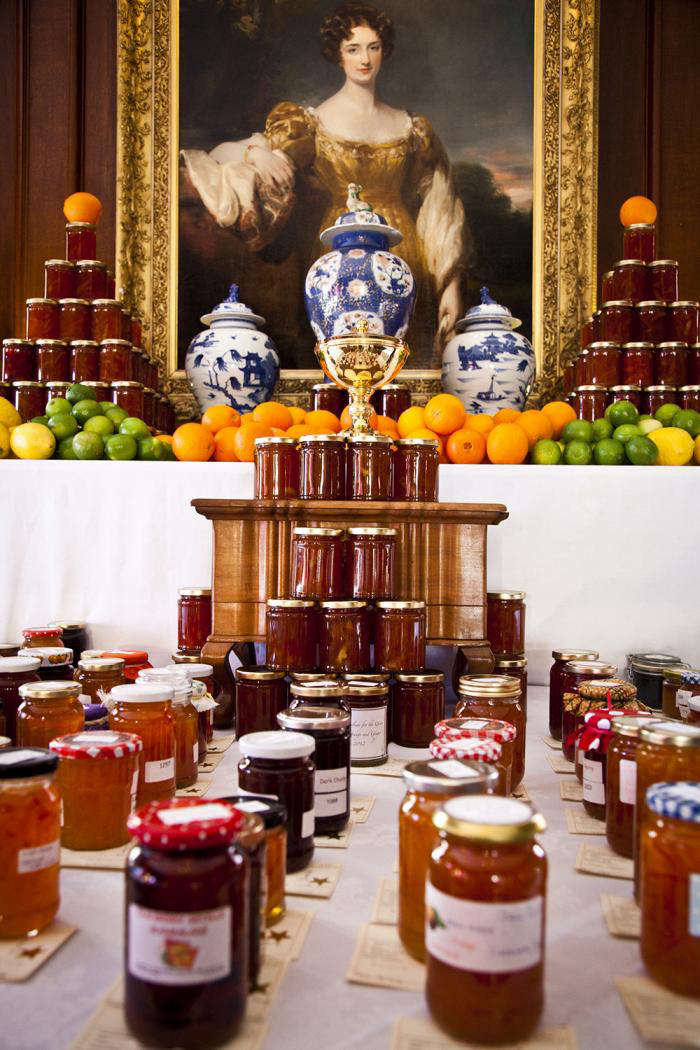 Above: The marmalade categories give a clue to the spirit in which these awards are held: Novice, Dark and Chunky, Man-Made “Men make an awful lot of homemade marmalade.” There is also the Heritage category: “A marmalade made from a recipe created by one of your ancestors, from near, to William the Conqueror. The more ‘Greats’ the better.” Recipes dug out from the archives of historic houses are also encouraged. Image via Dalemain. 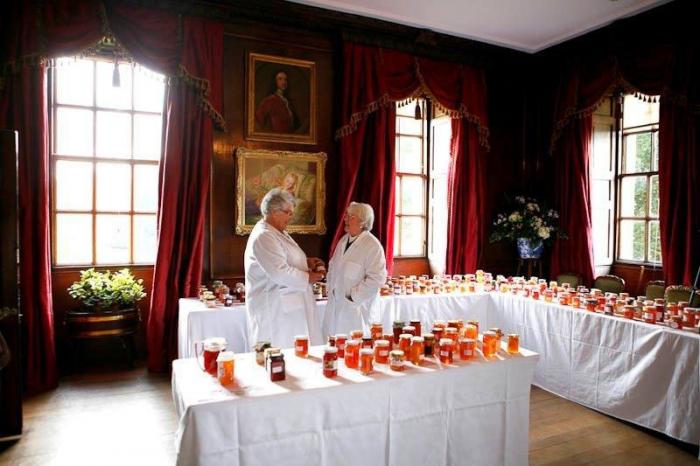 Above: White-coated judges from the Cumbria-Cumberland Federation of Women’s Institutes. The best-in-show marmalade is chosen from all the Gold Winners and is presented with a Dalemain Double Gold Award. The winner is then invited to have the recipe produced and packaged by Fortnum & Mason, for one year. Image via Dalemain. 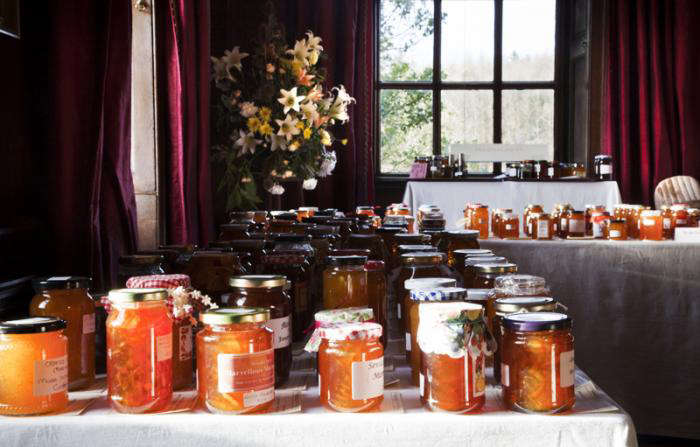 Above: Other categories include Merry (marmalade made with alcohol) and Clergy, in honor of the grandfather of festival founder Jane Hasell-McCosh, who was the Bishop of Carlisle. Image via Dalemain. 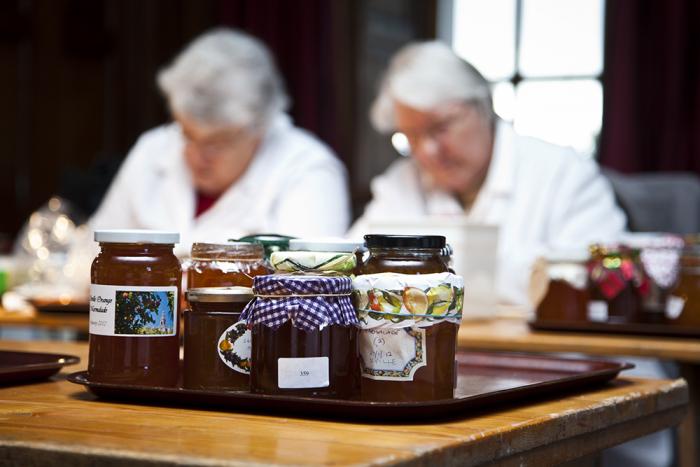 Above: The Awards Weekend kicks off National Marmalade Week in the UK. Oh joy! Image via Dalemain.

After seeing all those delicious jars of marmalade, are you eager to spread something on toast? See Farmers’ Market Find: Glashoff Farm Preserves.

World's Best Plant for a Bathroom