New York architectural designer and builder Tom Givone is on a mission to explore “the contrast between historic and modern and play these extreme elements against one another.” Case in point: Givone’s four-year renovation of a dilapidated 1820 farmhouse in the Catskills that he describes as “a study in contrasts–fully restored to its period grandeur while featuring purely modernist elements.”

The Floating Farmhouse is situated at the edge of a waterfall, two hours from New York City, near the hamlet of Narrowsburg, and the good news is, it’s available for rent. 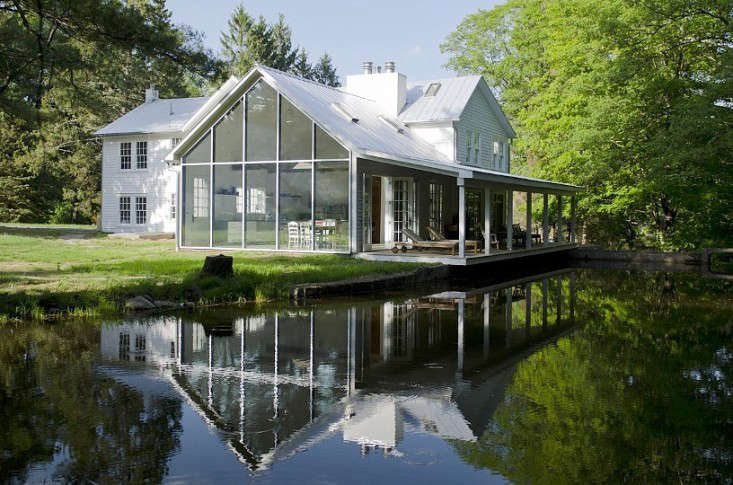 Above: The house sleeps nine and is available to rent for $600 a night. For more information, see Homeaway. 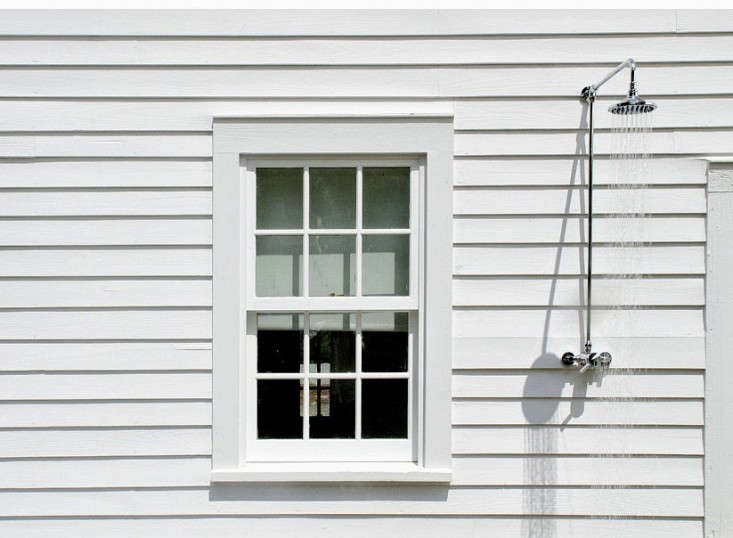 Above: A simple outdoor shower. (If you love outdoor showers, have a look at Hardscaping 101: Outdoor Showers and on Remodelista, Bathing en Plein Air, our roundup of 29 inspired examples.) 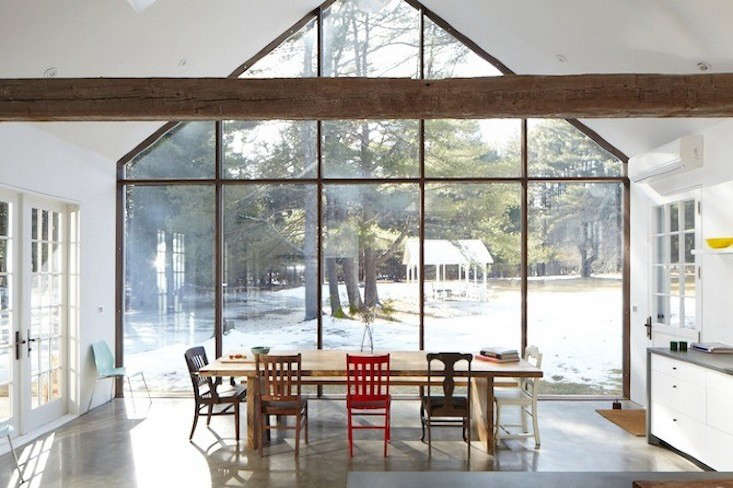 Above: The kitchen resides in a modern addition that echoes the roofline of the original house. The 22-foot-high glazed curtain wall is skyscraper glass in a steel framework; it overlooks a brook and a gazebo. The kitchen’s hand-hewn beams were salvaged from a Pennsylvania dairy barn 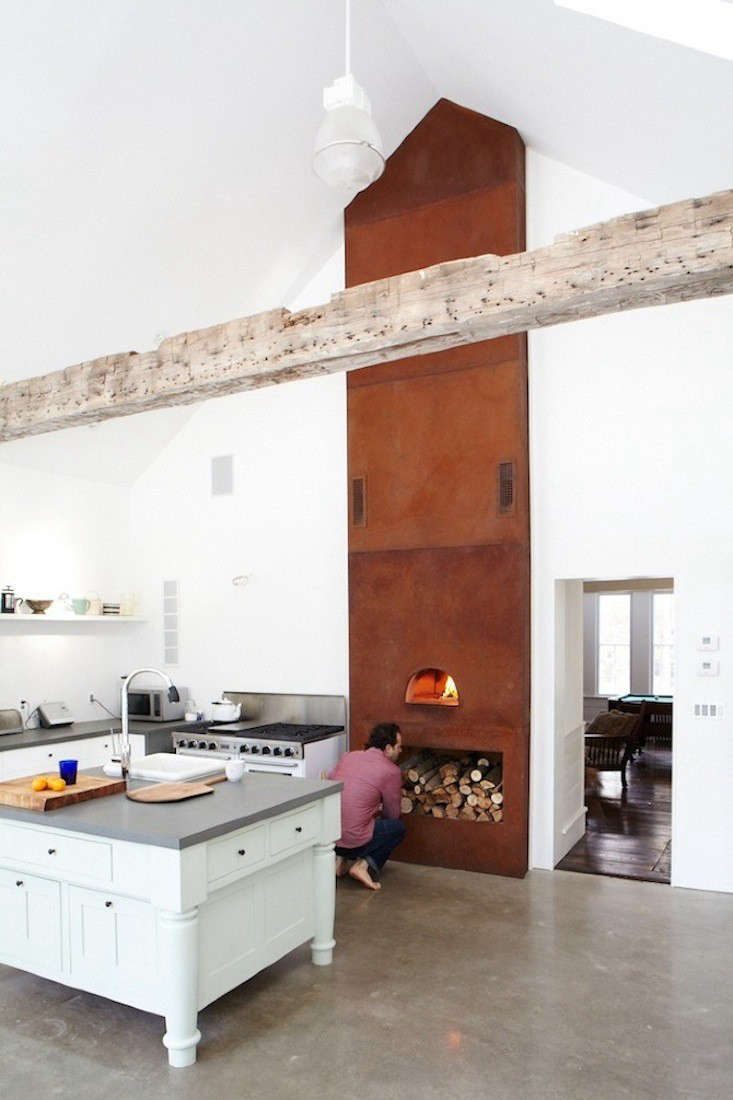 Above: The kitchen has a wood-fired pizza oven faced with oxidized Cor-Ten steel. 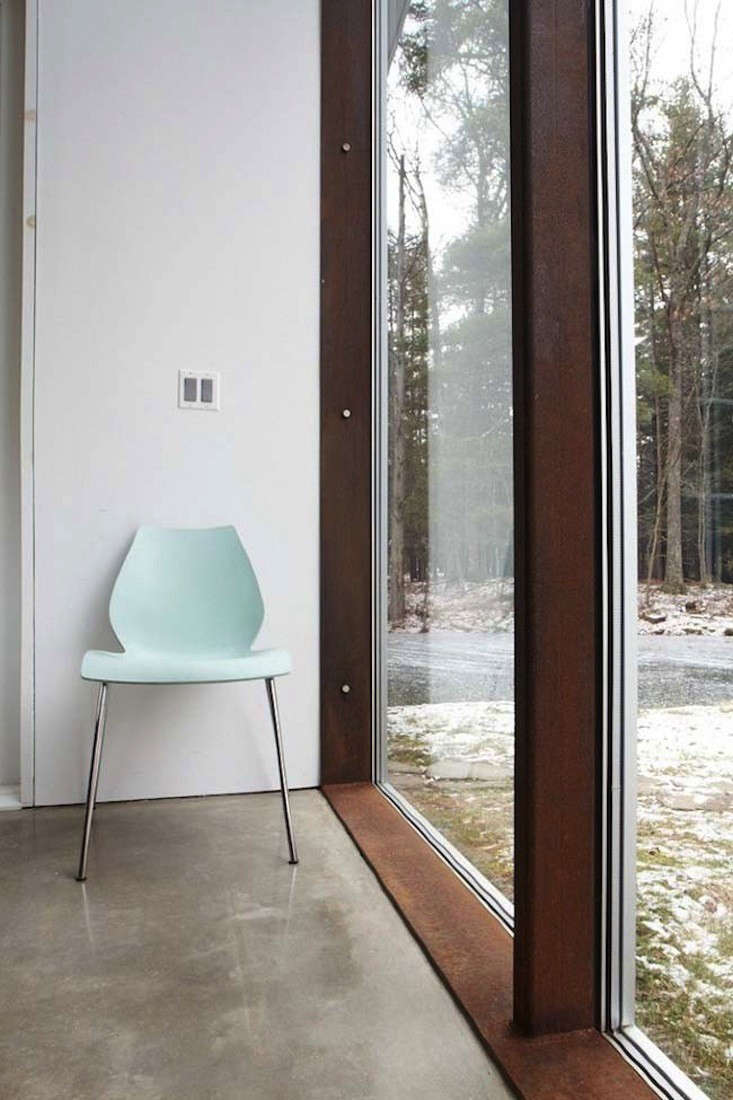 Above: A look at the kitchen’s oxidized steel framework.

Above: In the master suite–one of five bedrooms–the bed is floated in front of an antique mirror and alongside a wood-burning fireplace.

Above: A shingled eave (featuring the house’s original cedar roof shingles) adds an outdoor touch in the master bedroom. 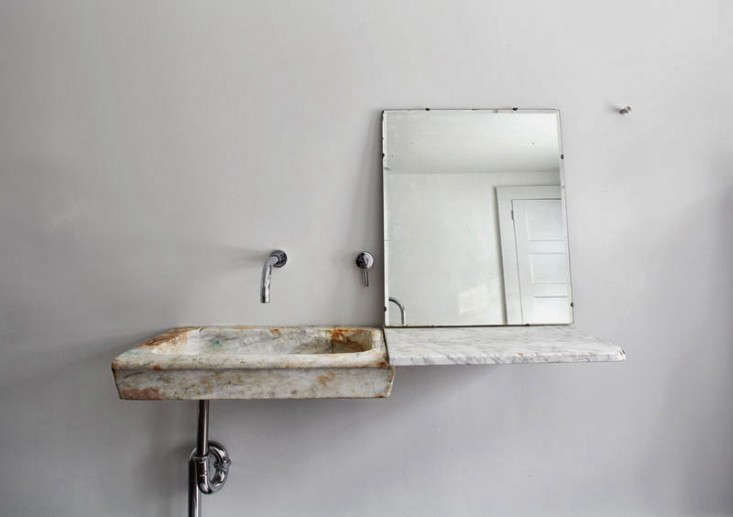 Above: An 18th-century Italian marble sink seems to hover, thanks to angled supports concealed in the wall. The house has 2.5 baths. 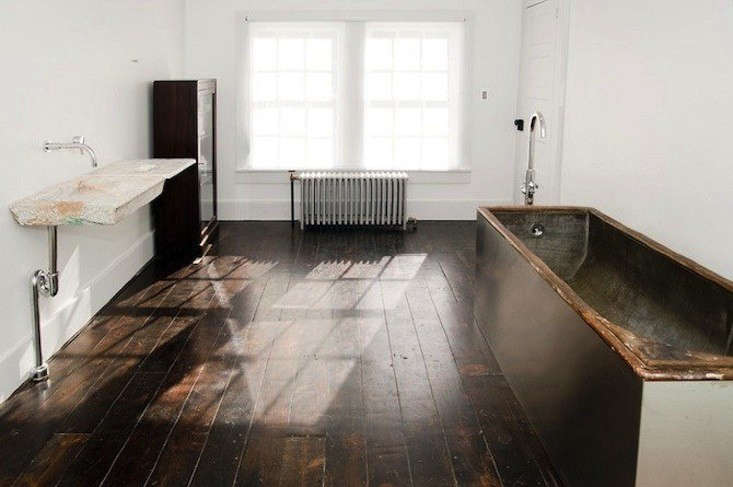 Above: An austere bathroom combines old and new elements.

Above: Faucets from Hudson Reed contrast with a 19th-century wood and zinc bathtub, salvaged from a Lower East Side tenement and encased in stainless steel.

Above: Another bedroom is well-suited for children or a pair of single travelers. 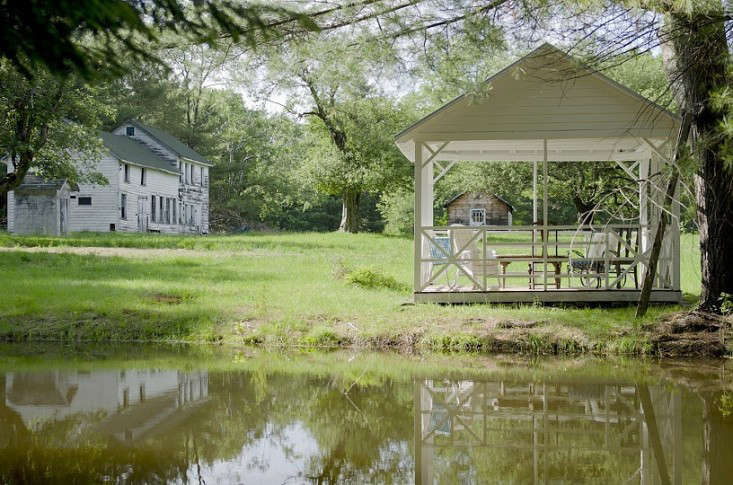 Above: To see more of Givone’s work, including dramatic Before shots of the Floating Farm, go to Givone Home.

Table of Contents: The Family Farm

Trending on Remodelista: Everything You Need for a Modern Farmhouse-Style Kitchen