Drive along Highway 1 north of San Francisco for 20 miles, until you reach that wide, foggy stretch of Stinson Beach where you can glimpse ocean out the driver’s side window and Marin County’s grassy headlands in your rearview.

Turn left onto the dirt road. At the end of a cul de sac sits a beach house, built in 1968, that started out as a modest, L-shaped bungalow. During a recent renovation, SF-based architect Peter Pfau added 540 square feet of living space and collaborated with Marin-based Blasen Landscape Architecture to create a family retreat that welcomes the sea without capitulating to its harsh demands. “You have salt air and extreme winds,” says Eric Blasen, landscape architect. “Trying to fit into the landscape was the goal, and it was a challenge.” Here’s how the garden rises to the occasion. 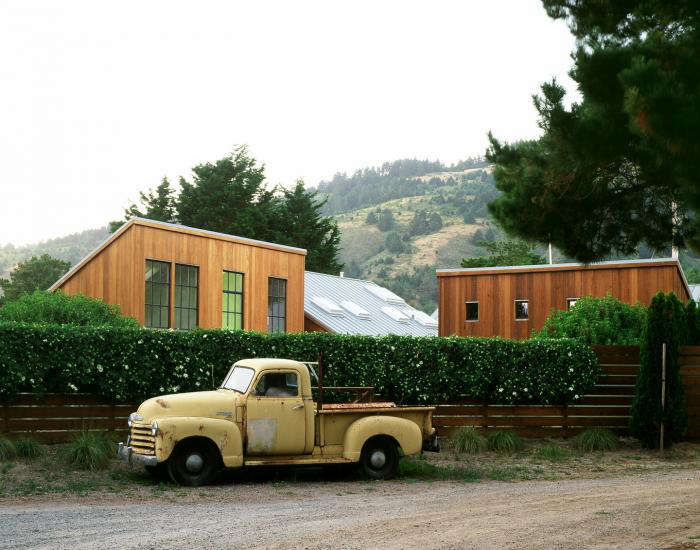 Above: The client’s pickup truck is parked in front of a redwood fence that provides both privacy and a buffer against the wind. “Instead of building a solid fence, we left little gaps between the slats and in-filled with white, hand-blasted, recycled plastic,” Blasen says. “Light goes through the fence, but you can’t see through.” 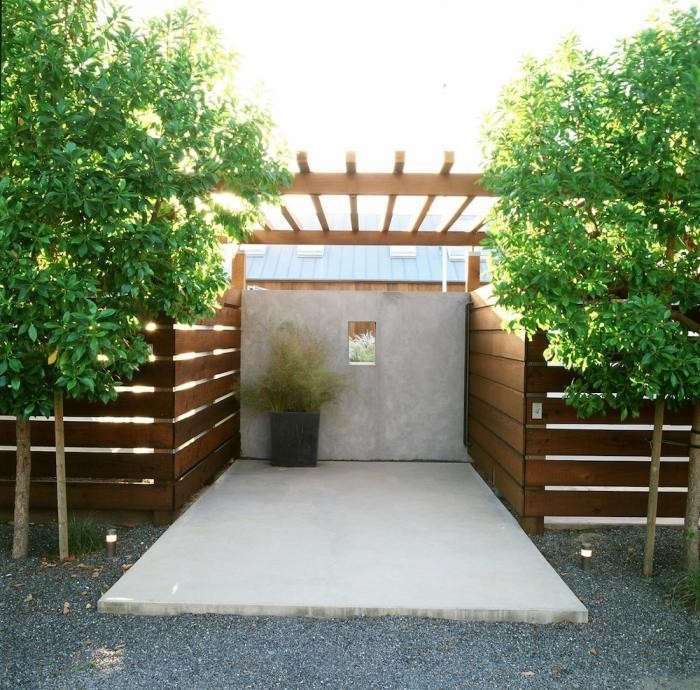 Above: A concrete threshold, with a tiny window that offers a peek of the grasses that grow against the side of the house. To enter, push a handle on the right wall. The entire length of redwood will pivot dramatically, like a giant door, to invite you in. 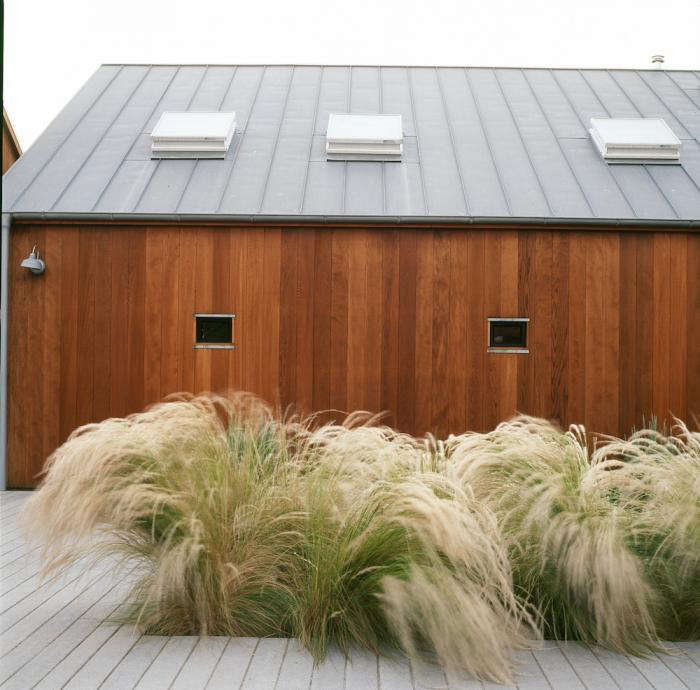 Above: The view through the little window. The ornamental grass Jarava ichu produces flowers that look like silvery feathers. 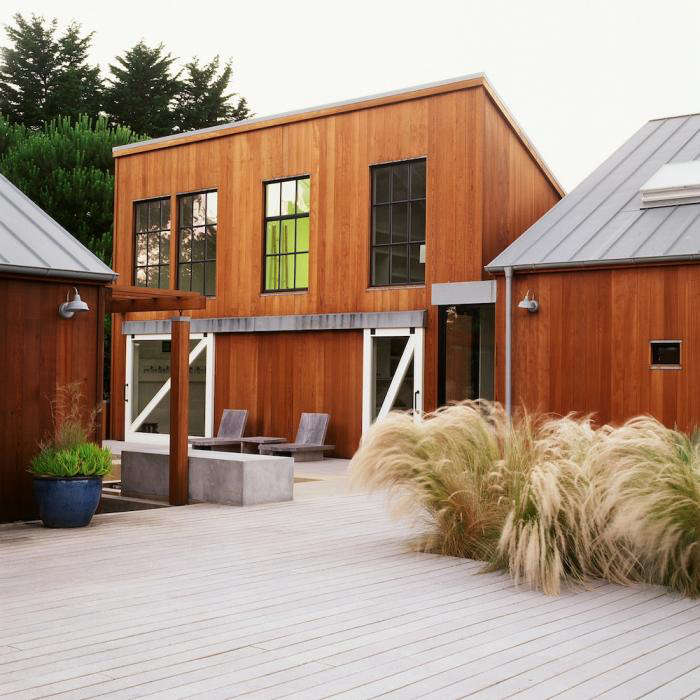 Above: To your left, as you enter, is a sunken, wood-burning fire pit. A large concrete bench allows guests to sit up on the deck level, out of the smoke. To the left of the pit is the garage; the bench acts as a buffer, “so people don’t come out of the garage and head into the pit,” Blasen says. 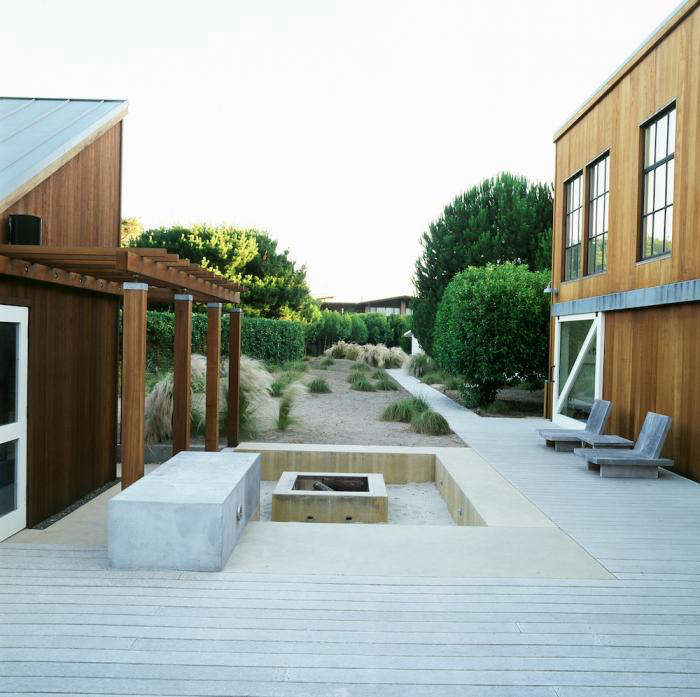 Above: The bottom of the fire pit is sand. The concrete pit, faced with fire brick, is a neutral shade that matches the color of the sand. Light fixtures mounted in the pit’s walls illuminate the area at night. 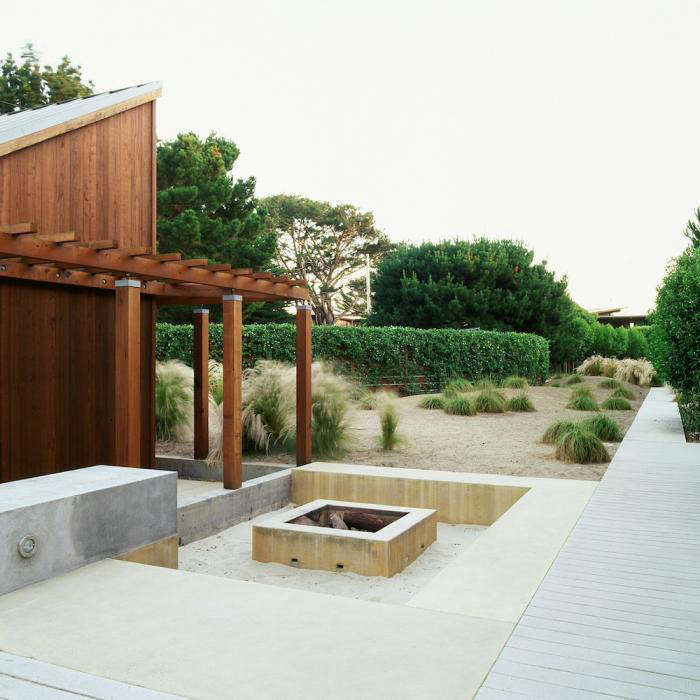 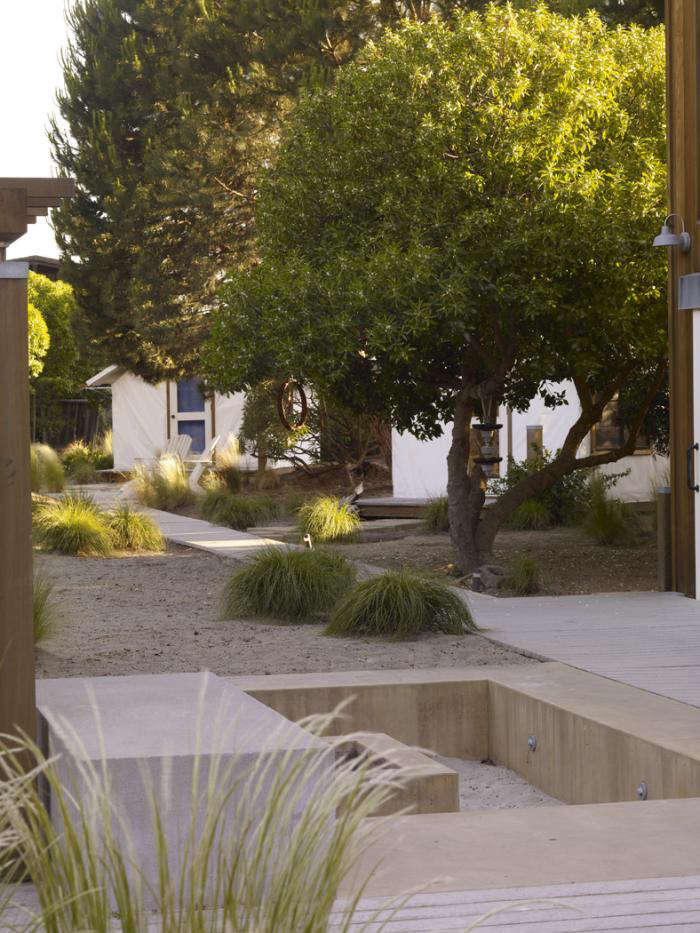 Above: Beyond the garage, waterproof canvas miners’ tents pitched atop wooden platforms serve as guest bedrooms. 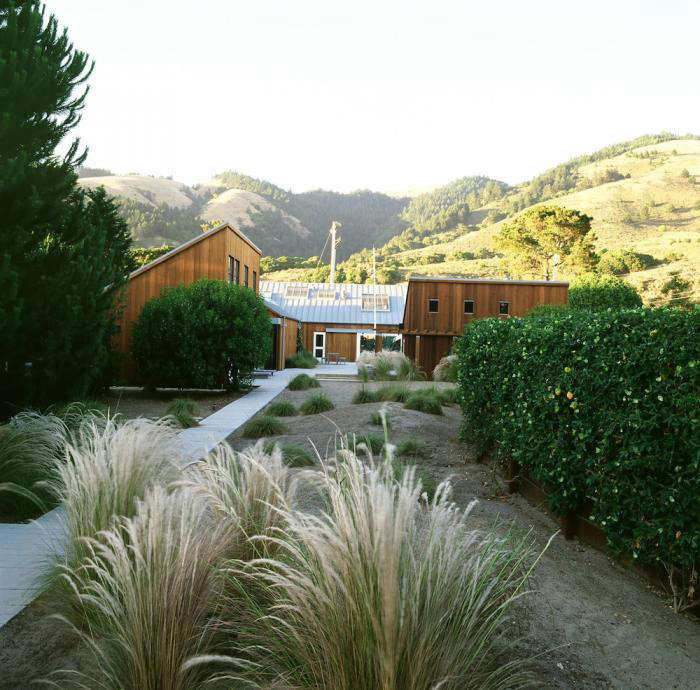 Above: At the edge of the property, a path leads to a gate the family calls “the surfers’ entrance.” One house away is the ocean.

Pink Grasses: 10 Ideas for Muhlenbergia in a Landscape