The search for the perfect houseplant can be overwhelming. In New York’s flower district, stores are teeming with potted plants of every shape and size, from orchids and petite African violets to enormous, thorny creatures that look straight out of Little Shop of Horrors–and may or may not bite off my thumbs while I sleep. But I only have room for one in my apartment. 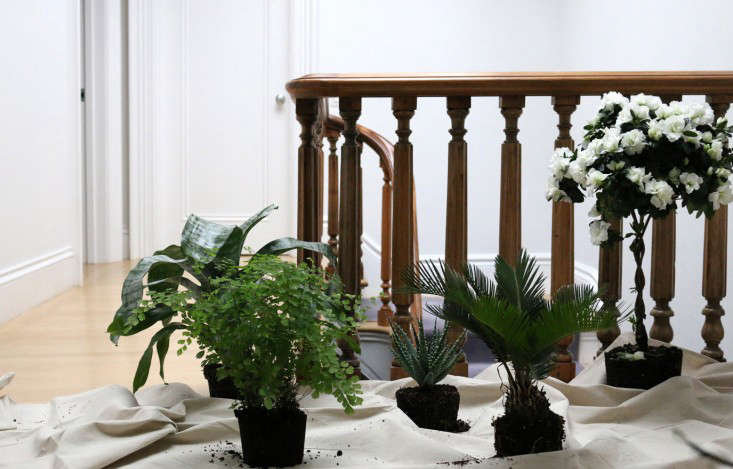 Instead of making an overhasty decision, I took a few steps back. Make that a few thousand. In my quest for the perfect houseplant, I  gave history the reins, hoping it would guide me to my perfect plant. 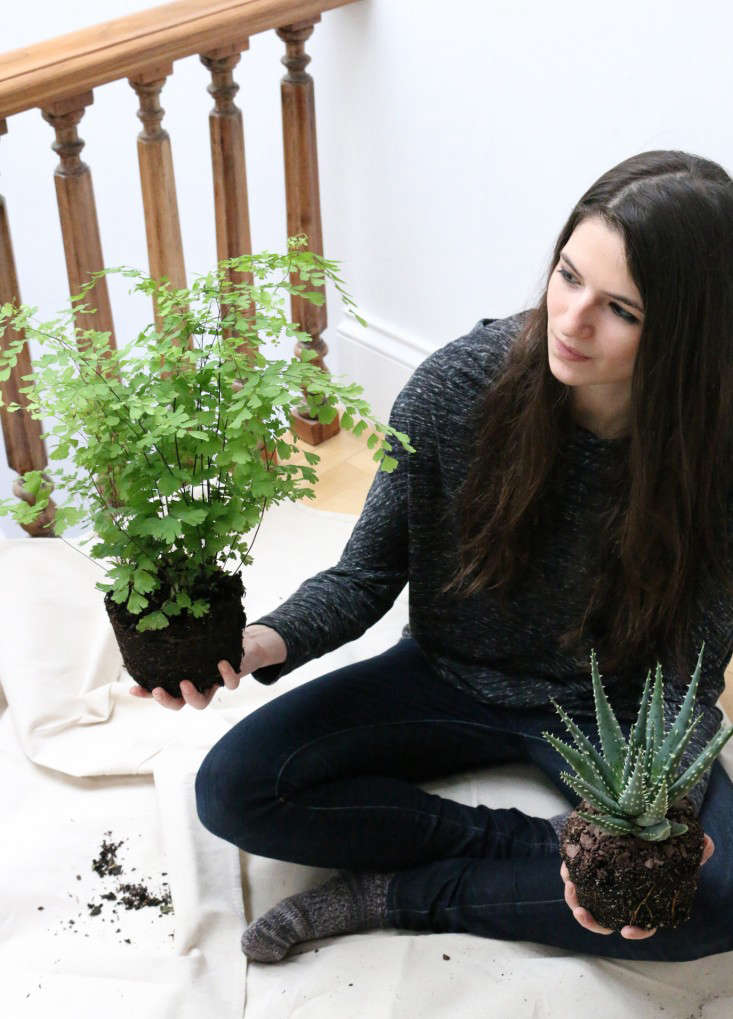 The Hanging Gardens of Babylon

Human beings are the only animals that domesticate other animals. Even when we lived in caves and wore loincloths, dog and cat ancestors provided us with much needed companionship. Long story short, for eons we have been bringing things home that don’t necessarily belong there. No one is exactly sure when people first started growing plants indoors, but the most prominent ancient civilizer of the plant was the Babylonian emperor called Nebuchadnezzar. Between 605 and 652 B.C.E., Nebuchadnezzar married a woman named Amytis who was from Persia, an area full of lush greenery and rolling hills. Queen Amytis felt alienated in the palace in Babylon’s capital, built from marble and precious stones. 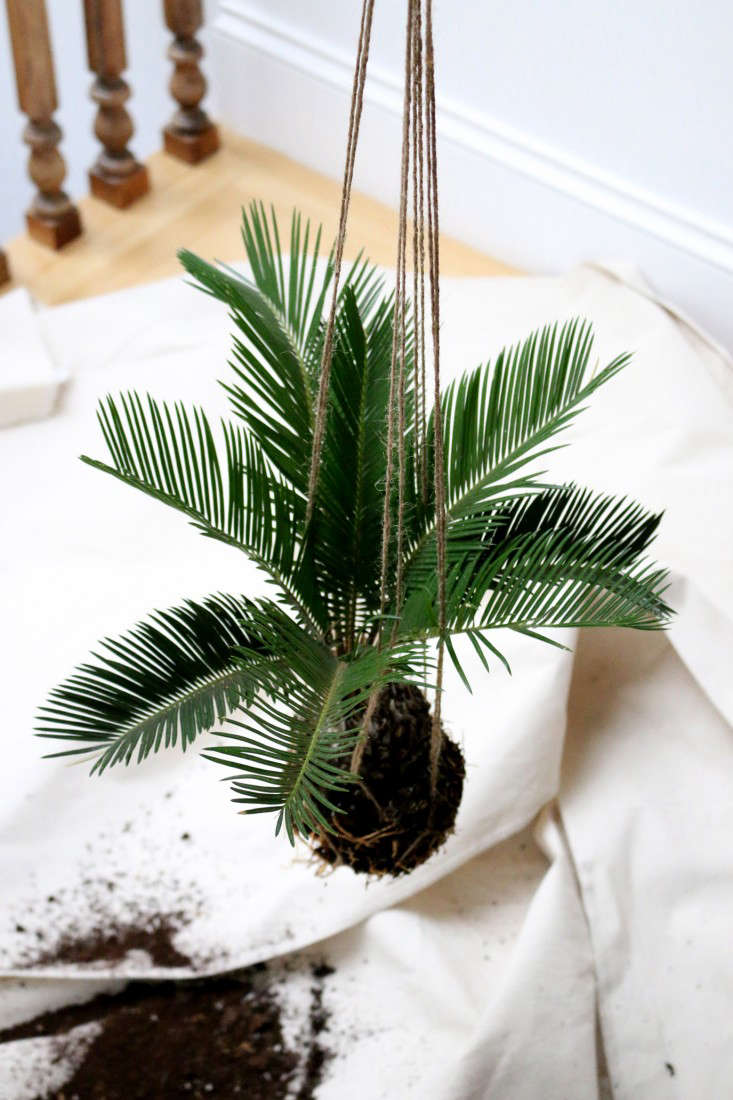 To make Amytis feel more comfortable, Nebuchadnezzar–because he was that kind of guy–built her the Hanging Gardens of Babylon. He suspended palm, cedar, and date trees from the ceilings. Teams of gardeners cultivated fragrant flowers to grow upside down.

In my apartment, I could never work on the same scale as Nebuchadnezzar (and it’s unlikely to be designated as a Wonder of the World, which his was) but I could live with the charm of upside down-ness with a miniature palm tree. Go small enough, and you can nestle a palm tree in a macramé holder (see DIY Plant Hanger) and…invert it. But would making all the blood rush to its tiny fronds qualify as Cruelty to Plants?

Which Brings Us to the Ancient Romans 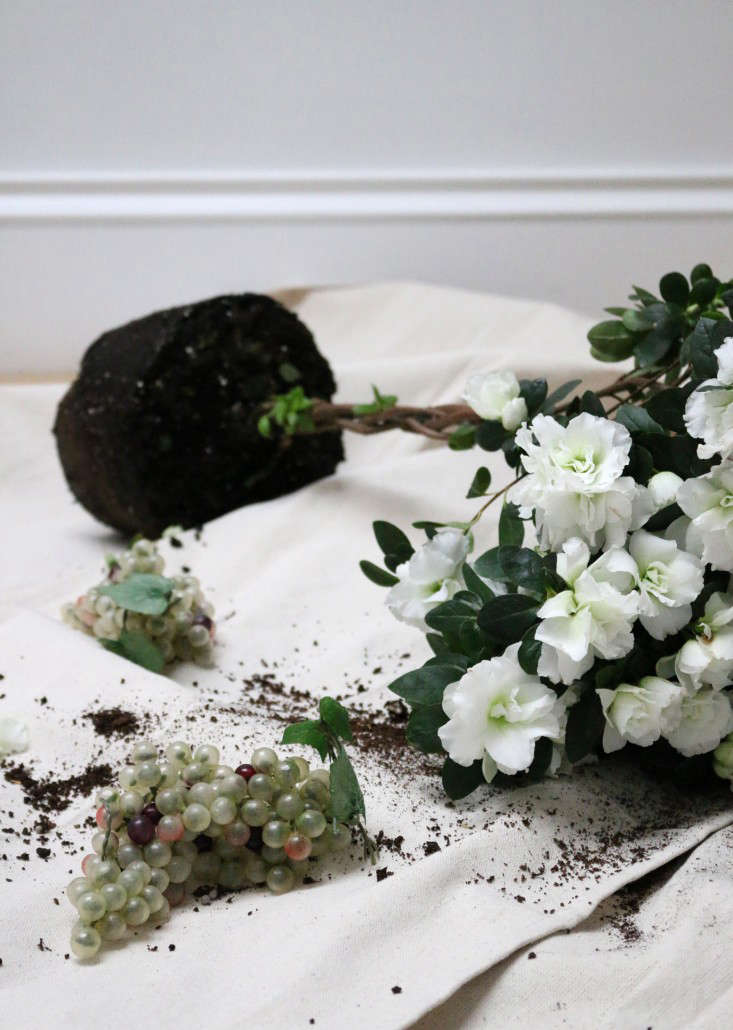 The Romans were party people and they loved their flowers. For the first time, around the year 0, wealthy Romans coaxed flowers to grow inside villas and bathhouses, mostly in pots made of expensive marble. Houseplants were a novelty and required careful tending and the right seasons and temperatures. The Romans favored brightly colored flowers like roses, but they also imported plants that were the spoils of their conquests in Egypt and on the European continent. I wanted an indoor plant worthy of showing off to Brutus, Cassius, and their frenemies in the Senate.

Because roses don’t thrive as houseplants, I might compromise with a topiary azalea bush whose dazzling snow-white blooms probably would’ve matched their togas. Anachronistic? Perhaps. Azaleas originally came from Japan and China, and the Romans, at this point, had not begun to explore the Asian flower markets. Their loss–if they had lived to see azaleas they would’ve loved them, and this one in particular with its ornately braided trunk and frothy blossoms. Veni, vidi, vici.

Plants have a funny way of moving through cultures. California sushi rolls always bother me since avocado is in no way traditional Japanese cuisine, nor is the avocado plant native to any part of Asia. But everyone decided to forget that it made no sense, to get on with their lives and enjoy the American flavored sushi. The same thing happened when Columbus and his pillaging cohorts “discovered” the Americas. Throughout the 16th and 17th centuries, explorers transported precious cargo of plants across the Atlantic from the New World. After these shipments reached Spain, Portugal, Italy, or France, the plants were presented as gifts to the monarchs who were kind enough to sponsor these voyages, or to other wealthy citizens. These plant patrons quickly discovered that the climate in Europe was not identical to that of the Americas. Luckily they found a fix: the greenhouse thrived, thanks to scientific advances, as a way to preserve the exotic at home. 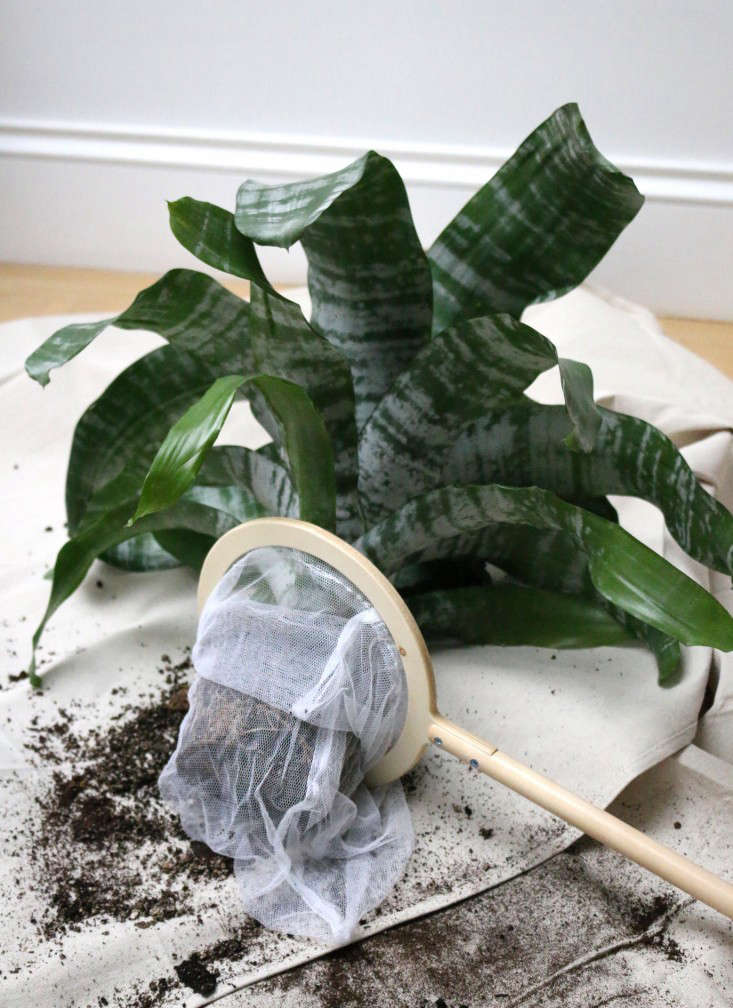 I got into the conquistador spirit (minus the bloodshed) and “discovered” an exemplary bromeliad. Exotic? Check. Funky-looking? Check check. I love the light snake pattern that dances over its leaves, giving it a kind of otherworldly interest.

There’s no other way to say it: when it comes to houseplants, the Victorians make the Babylonian, Roman, and Spanish explorers look like it was their first time at the rodeo. In the early 19th century–on a dim and drizzly day, I’m guessing–the English turned growing plants indoors from a hobby into an obsession. The change was aided by circumstances: for the first time, in Europe, people were able to heat their homes. This advance liberated architecture to allow higher ceilings, more floors, and larger windows. With sunlight penetrating the indoors, illuminating those old British cobwebs and ex-wives stuffed in the gloomy attics of Brontí« novels, so could their plants. England is famous for its delicately hued meadows and heaths of mosses, squiggly ferns, and blue and purple grasses. These earned their place in the house.

The Victorians compiled massive lists of plants and ascribed a meaning to each–they named this compulsion “floriography.” In the Victorian language of flowers, carefully catalogued by the etiquette-obsessed, a flower could be used to send a secret message. The thorny rose began to symbolize romantic passion, while the quiet mimosa meant “chastity” or “modesty.” 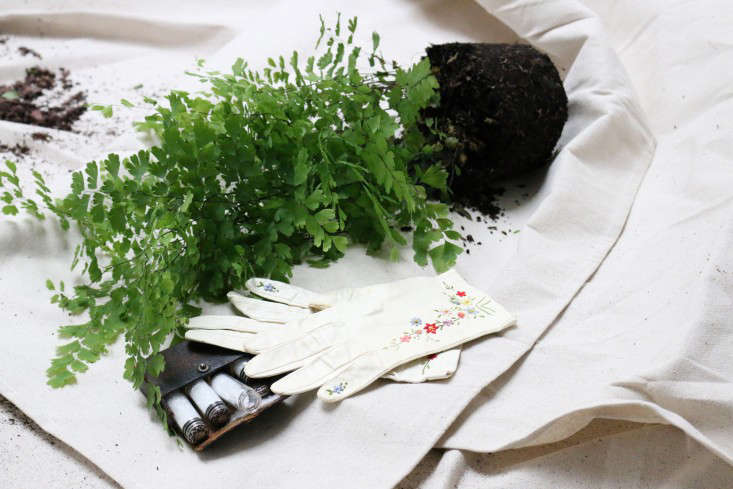 Avoiding these extremes, I prefer a Maidenhair fern whose cascade of delicate green leaves has me imagining Cathy and Heathcliff frolicking on the Yorkshire moor. The Maidenhair fern, with its wild coif, was so popular among the smelling salts set that it was nicknamed “the Victorian parlor fern.” It also looks like my hair in the morning.

You may have suspected that there’s more to women in the workplace than glass ceilings and Facebook COO’s. And that has to do with the history of the houseplant. In America during World War Two, women flocked into the workplace to man the desks left vacant by the men. By the time the war ended, they were determined to stay, and stay many did. The 1950s workplace–at least according to Mad Men–was less than perfectly female friendly, but women found ways, big and small, to adapt to their new environment and to make it adapt to them. For the first time, indoor plants became popular in the office, not just the home. 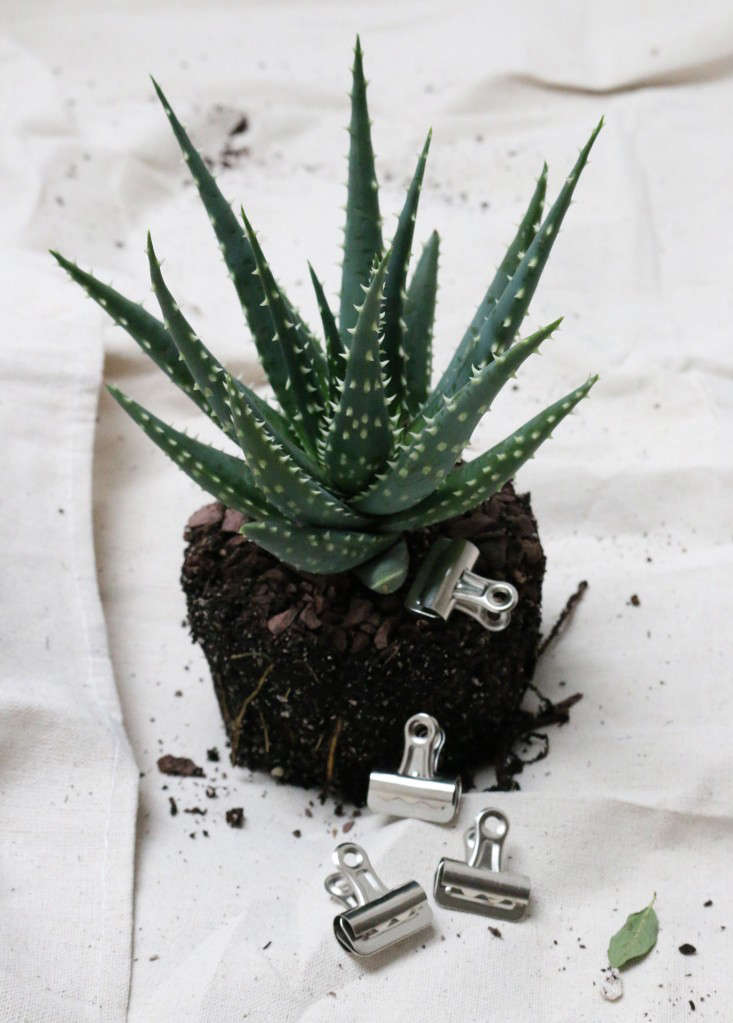 These work plants (for some reason “office plants” sounds stale) beautified the desks, hallways, and conference rooms that had wanted for style under male hegemony. Work plants were not just any plant. They were specifically tailored to office life, so most could survive a variety of temperature and humidity conditions, and also withstand weeks without water during holidays. Succulents were an obvious choice. 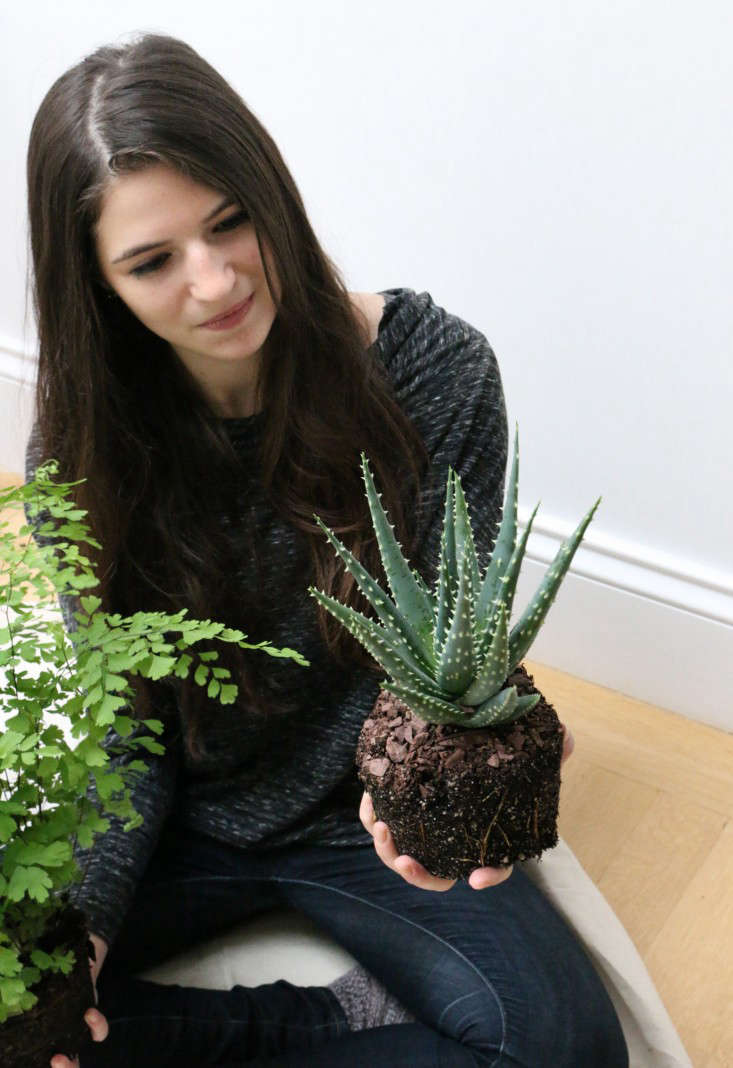 I could lose my heart to this spiky little aloe stunner whose pointy, white-tipped prickles make me smile when I look up from my laptop. But it’s tough love. The succulent doesn’t need pruning or much water, so I have no excuse to get distracted from work. Unlike office gals in the fifties, we have the Internet for that! 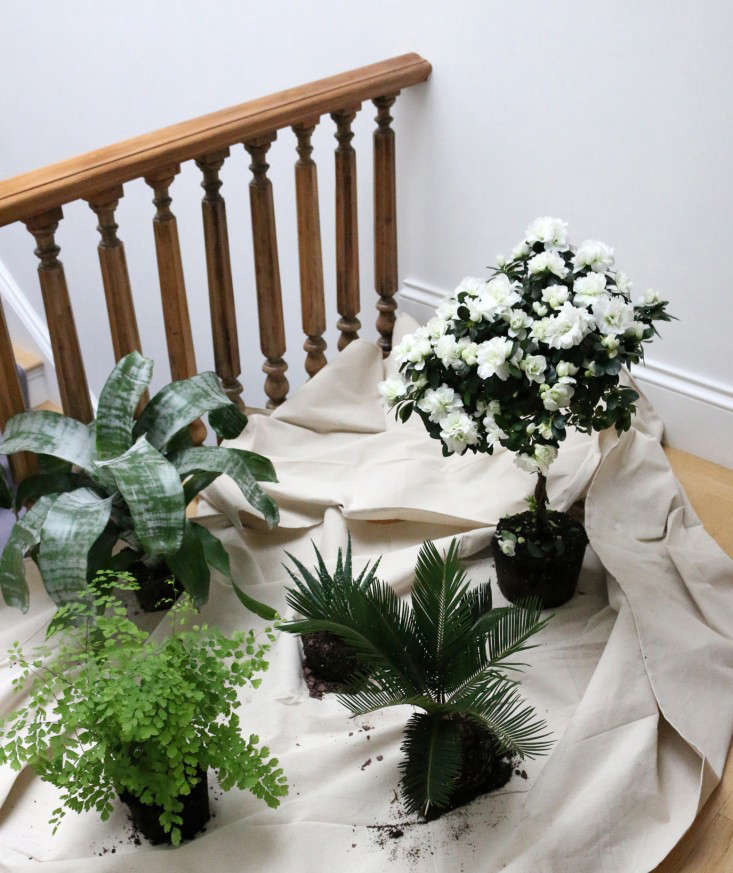 So who had the best houseplant? As descendants of the Babylonians, the Romans, the explorers, and the Victorians, we have our hands–and windowsills–quite full.

For now the winner–the houseplant chosen to grace my windowsill–is my topiary azalea. Everyone who visits gushes over it. But I’m not sure if it’s built for the long haul, because as far as I know, the Romans never had to combat New York winters with those radiators that make the indoors painfully dry. I have more confidence in the maidenhair fern and aloe (waiting on the sidelines). Stay tuned to find out what happens, and then choose your own perfect houseplant. I’ve heard that history repeats itself.

Looking for your own perfect houseplant? If you have high ceilings, consider our favorite Lofty Houseplants. If you’re up for a challenge, try DIY: Potted Indoor Citrus Trees.

Grow an Entire Orchard on One Tree

The New "It" Houseplant

A Texas Garden Where the Rare and the Endangered Flourish