After years of living abroad and traveling through the misty cloud forests of Central and South America, garden designer David Feix wondered if it would be possible to coax subtropical plants to thrive in his own yard in Berkeley, California. The answer, it turned out, was yes: 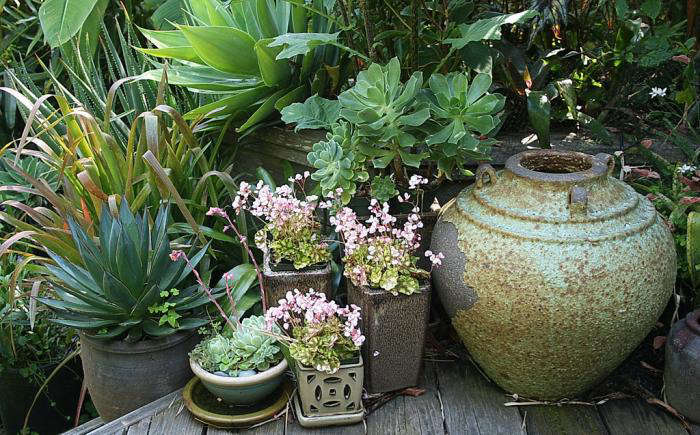 Above: Mr. Feix combines subtropical and drought-tolerant plants in his garden, keeping both happy with a drip irrigation system that has separate valves to deliver different quantities of water to each. Heavy fog in the Bay Area can add rainforest levels of moisture to the air. 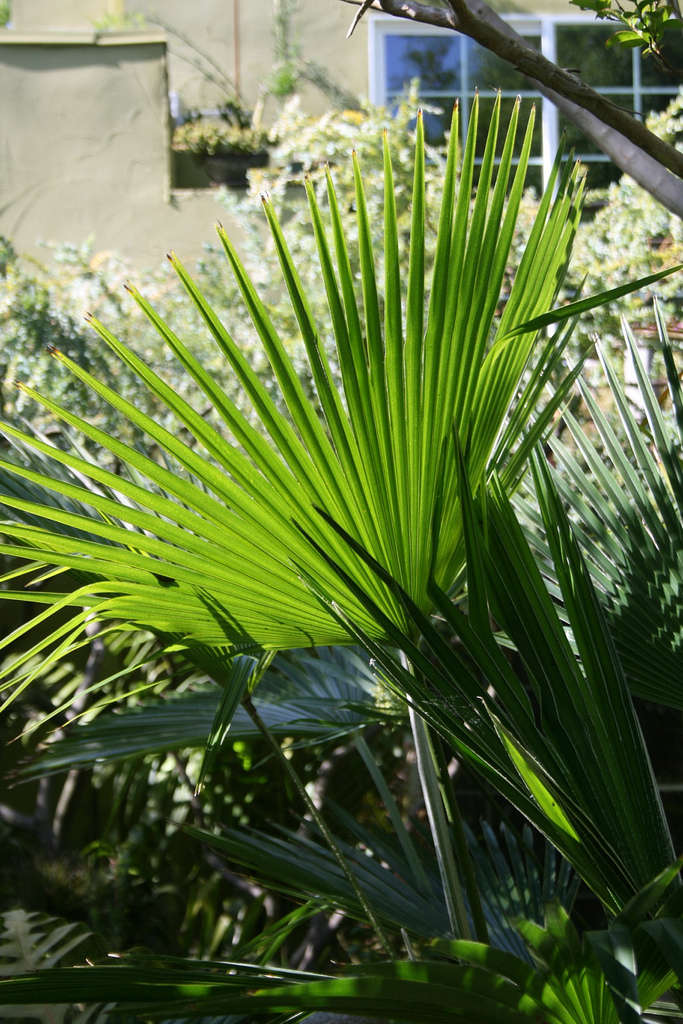 Above: Trachycarpus martianus, a palm related to the common windmill palm, is “not as drought tolerant as other palms used here in California,” says Mr. Feix. Many of Mr. Feix’s plants came from Annie’s Annuals in northern California, where availability changes seasonally; he also recommends Flora Grubb Gardens in San Francisco. 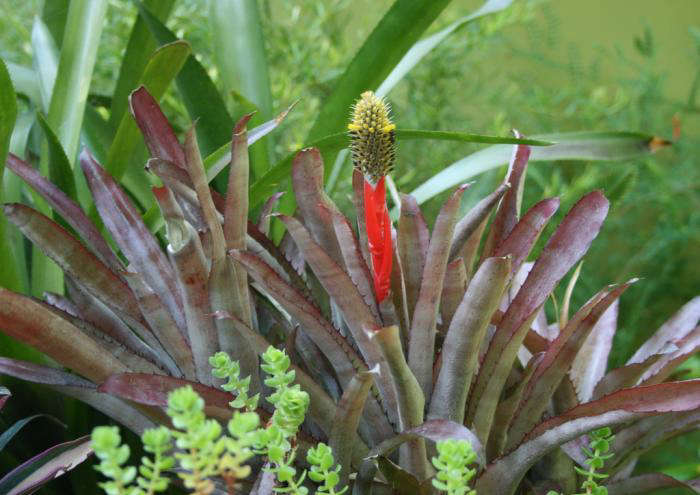 Above: Aechmea pineliana v. miniata is a hardy bromeliad from South America that will tolerate some frost; it’s $14.99 from Sea Breeze Nurseries. 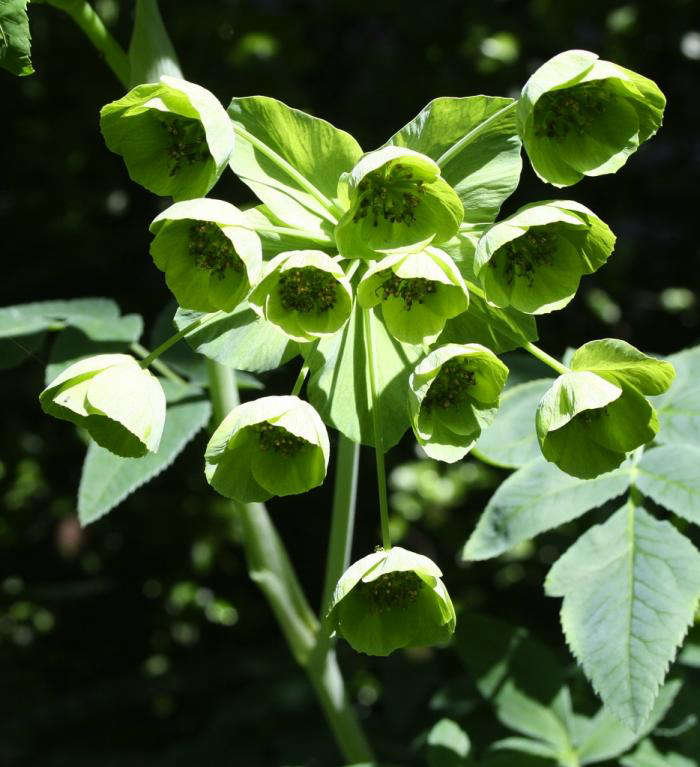 Above: Mathiasella blupueroides, originally from Mexico, is named after the California plantswoman Mildred Mathias, who discovered it in 1954. it’s tolerant of colder temperatures and available seasonally, for £8.99 from Crocus. 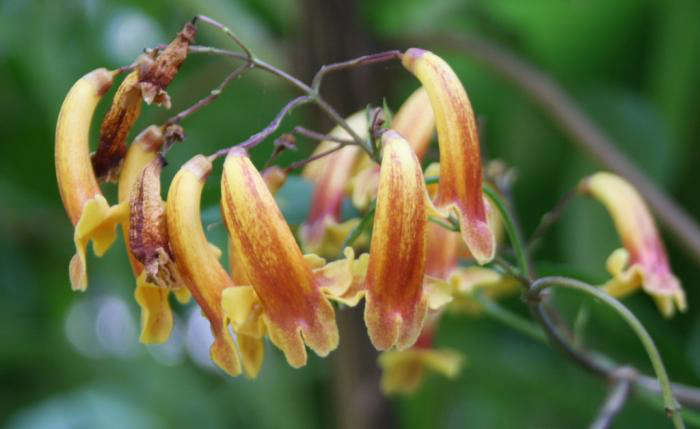 Above: Pandorea pandorana is a vigorous Australian rainforest vine with tubular flowers that appear in spring. (N.B.: If you’re looking for an indoor vines option, see “Vines as House Plants.”) 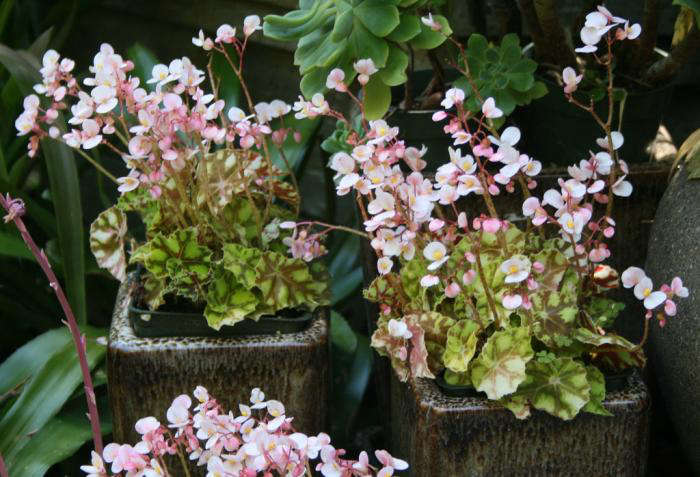 Above: Begonia ‘Leprechaun’ thrives in containers and indoors; it’s $8.95 from Kartuz. 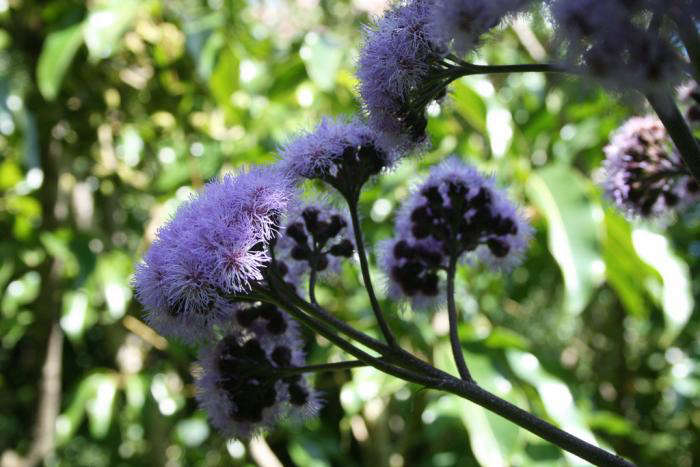 Above: Bartlettina sordidum, a cloud forest plant indigenous to southern Mexico and Central America, is a relative of common garden ageratum. It’s available seasonally, for $10.95, from Annie’s Annuals. 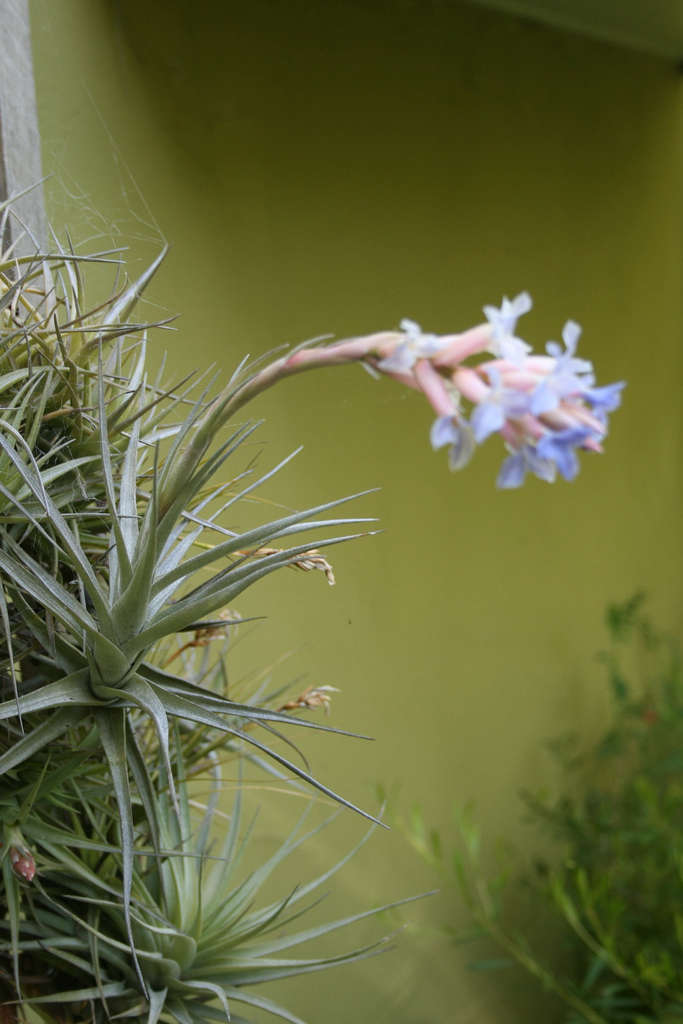 Above: Tillandsia stricta; air plants have been enjoying a moment because of their affability indoors; they’ll live in glass orbs or mounted to spikes on the wall. In the garden, however, they’re more likely to bloom; 99 cents apiece from Plant Oddities. 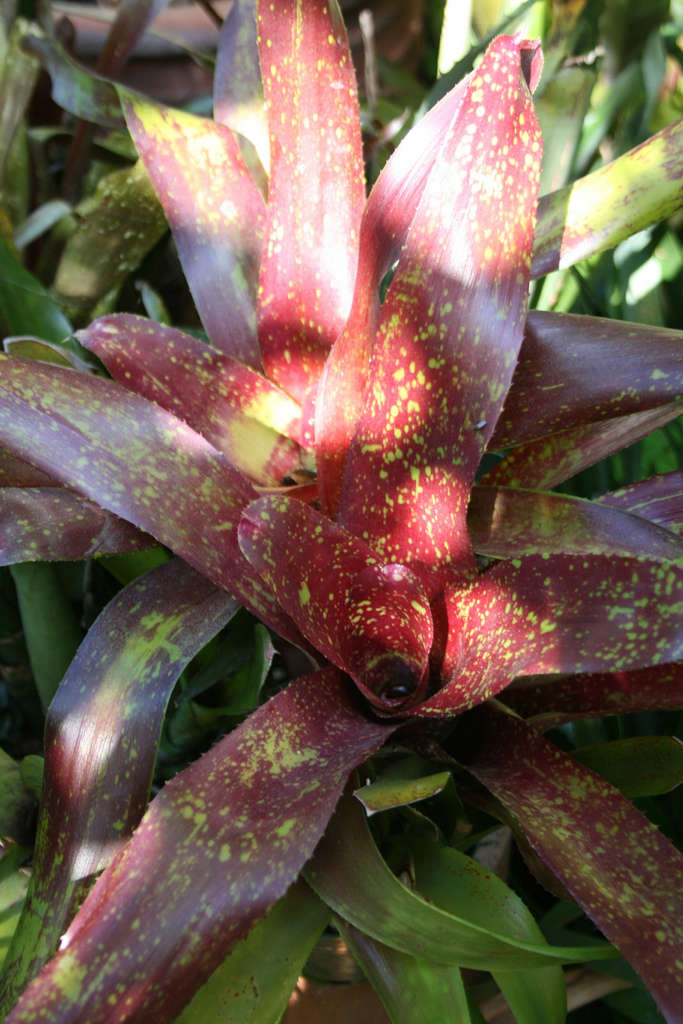 Above: Neoregelia, a favorite of Mr. Feix, is another bromeliad from Brazil. A variety of types are available, for from $10 to $20, from Rain Forest Flora. 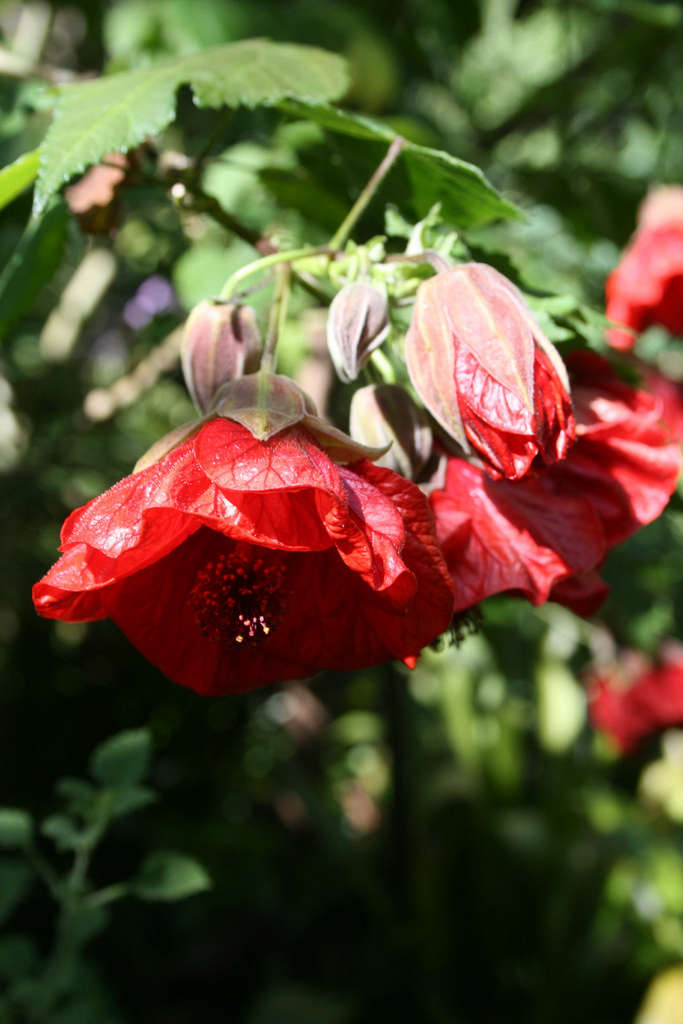 Above: Abutilon, a flowering maple. Mr. Feix says, “These are plants in my own personal garden, and it’s a collector’s garden. For gardeners interested in creating a similar collection, I would suggest visiting botanical gardens with collections of subtropical plants—here in the Bay Area, the UC Berkeley Botanical Garden or the San Francisco Botanical Garden, for instance—to see what works, and how they look when they’re flourishing and growing next to one another.” 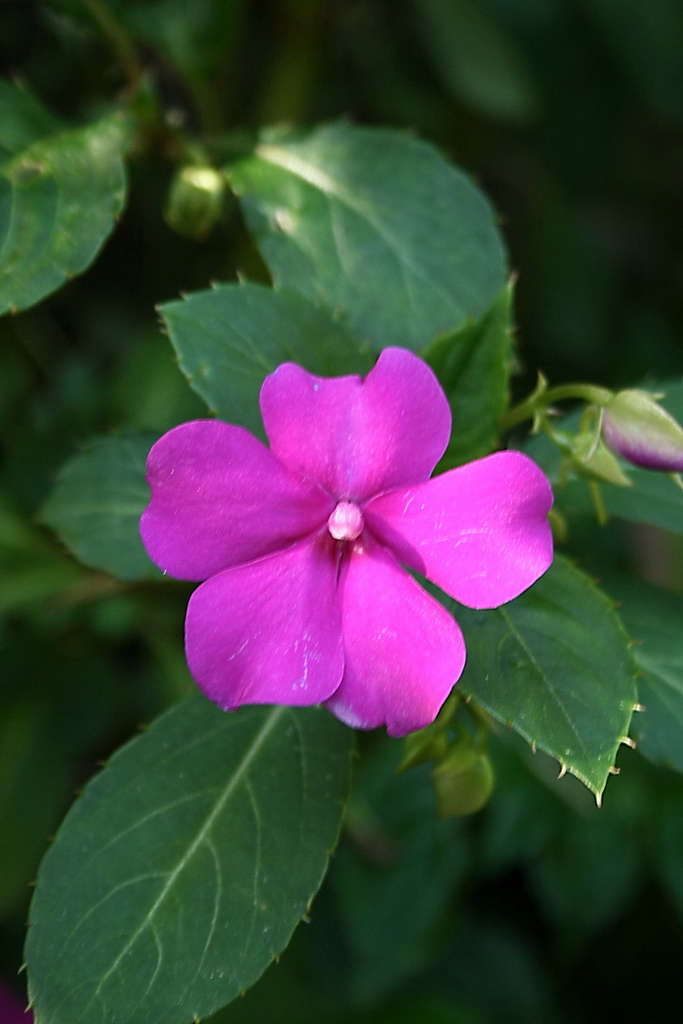 Above: Impatiens ‘Central Coast Rose‘ will reach heights of up to 5 feet and tolerates shade; it is $8.95 from Kartuz.

(N.B.: For more inspiration, see 141 images of Tropical Gardens in our Gallery of rooms and spaces.)